FSpaceRPG is a science fiction ‘book and dice’ based traditional roleplaying game in the classic mould. Now packaged up as an ebook app along with a range of tools that replace the functions of dice where applicable. 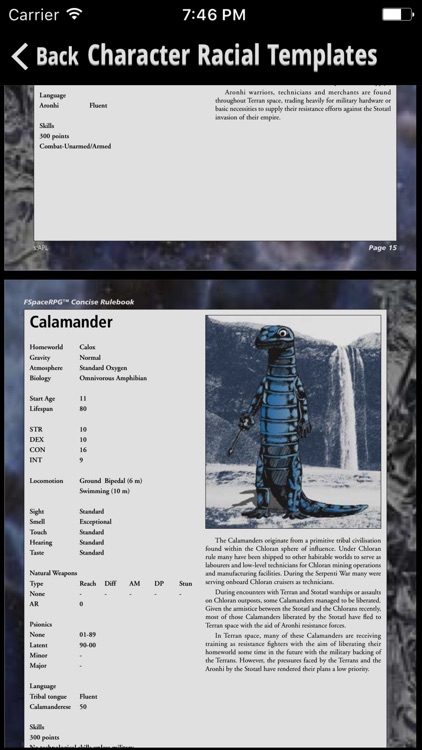 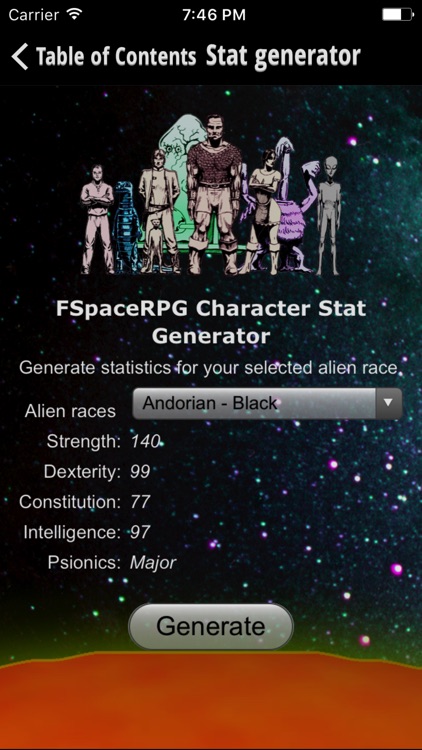 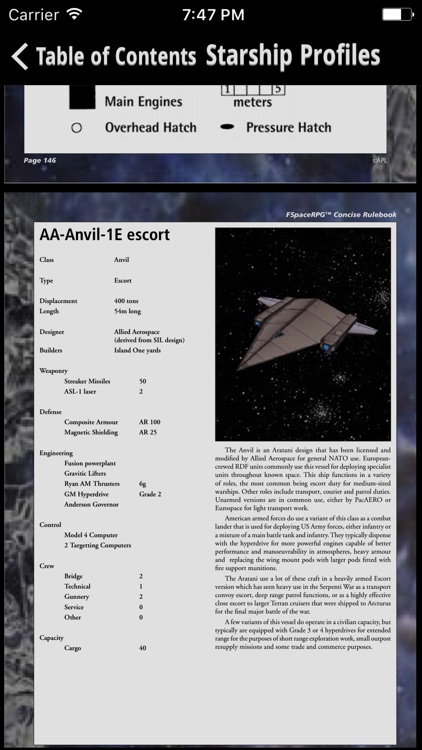 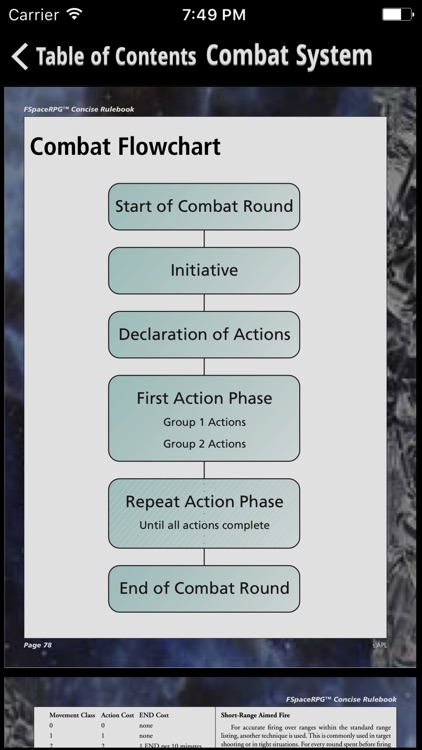 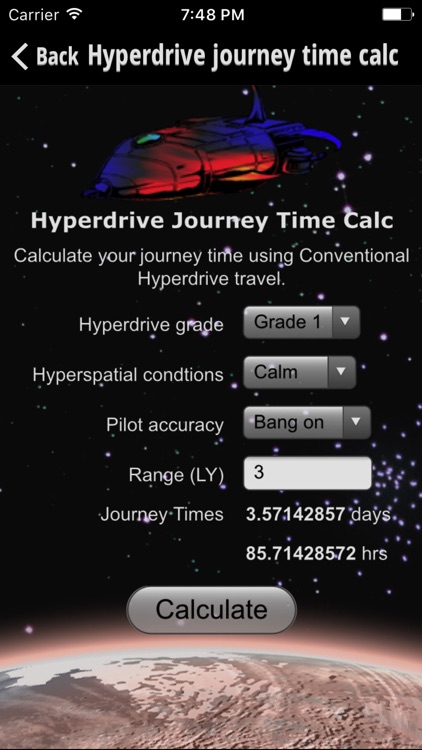 FSpaceRPG is a science fiction ‘book and dice’ based traditional roleplaying game in the classic mould. Now packaged up as an ebook app along with a range of tools that replace the functions of dice where applicable.

In the late 22nd century mankind expands into the the stars only to find them in more turmoil than it's own internal nationalism. Pitted against the onslaught of the expansion of the Stotatl Empire, humanity must defend itself while forging alliances with others who face absorption.

Whether you're a Terran soldier or an Aronhi Warrior from the partially conquered Aronhi Empire, one goal stands supreme above all, survival. The wits and courage to stand and fight against superior odds and create victories from difficult situations.

But not all the glory lies in the hands of warriors. Exploration of the vast wilderness that is space, charting dangers, finding resources and contacting potential allies is a cornerstone of survival.

The conflict, intrigue, action and adventure of these times provide an exciting roleplaying environment for players, whether they like playing space marines, traders, spies, investigators or just general adventure seekers. The span of events in reality are all possible, giving a wide scope of play.

If you don't like flying around the cosmos as a British Royal Space Marine then you could always visit a primitive society and face the challenge of worlds filled with mystery, fantasy and danger.

The Concise rulebook contains all you need to generate characters, select equipment and play this roleplaying game. Includes information on robots, starships and vehicles as well. Plenty of information on the various alien races and empires exist, including character generation profiles for 15 races.

This is an adapted pocket presentation of the print version. Colour page edges have been removed and graphics have been optimised for a pocket screen.

Other handy features:
- TV mirroring out for use with attached external monitors via cables
- ‘air printable’ character sheet
- Calculator (so you don’t have to leave the app to use a calculator… handy for those quick sums
- Character sheet PDF saved into App Documents directory with iTunes sharing enabled
- More info link to explore further game information on our website
- Supports iPad, iPod Touch & iPhone 4/5 form factors. 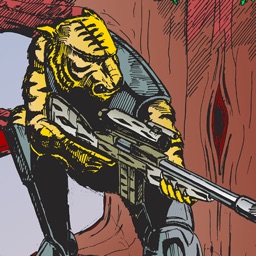 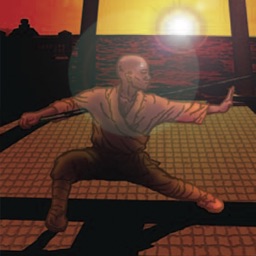 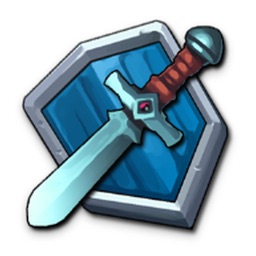 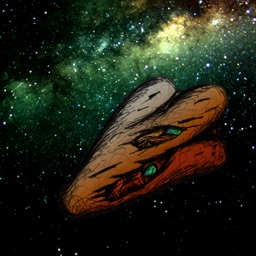 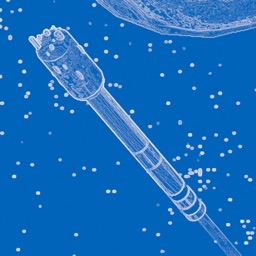 FSpace Publications
Nothing found :(
Try something else