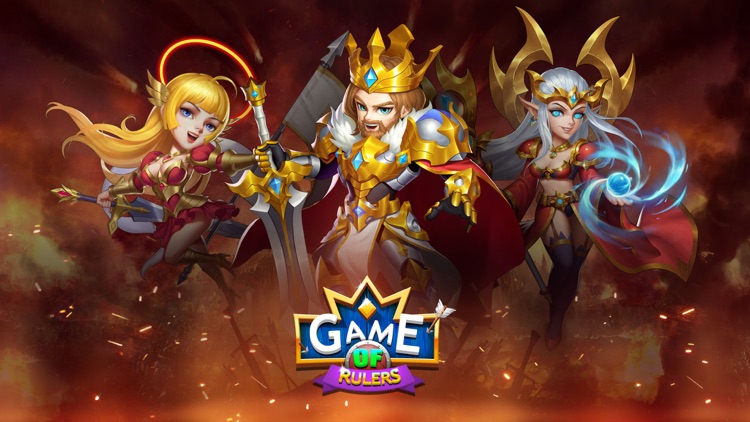 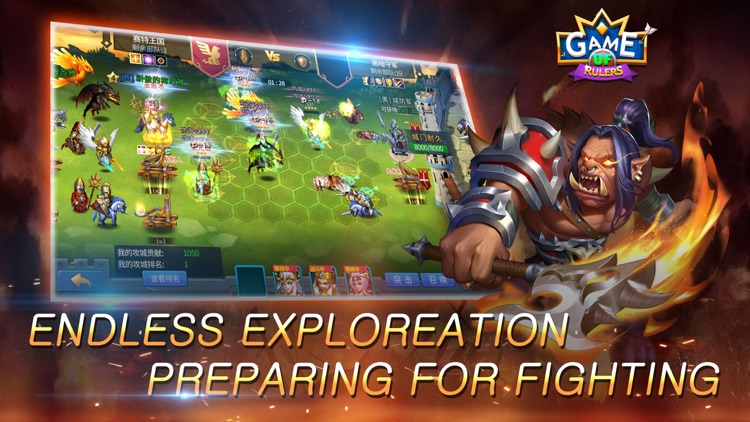 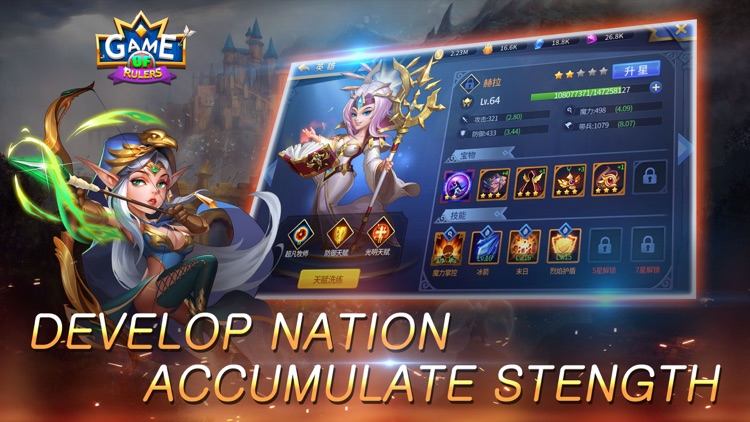 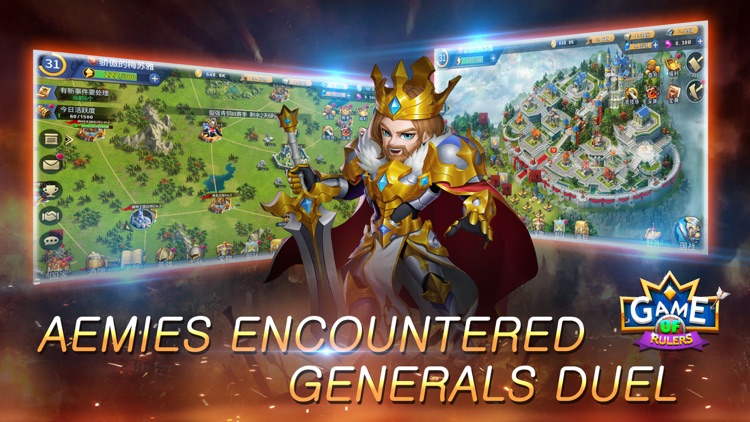 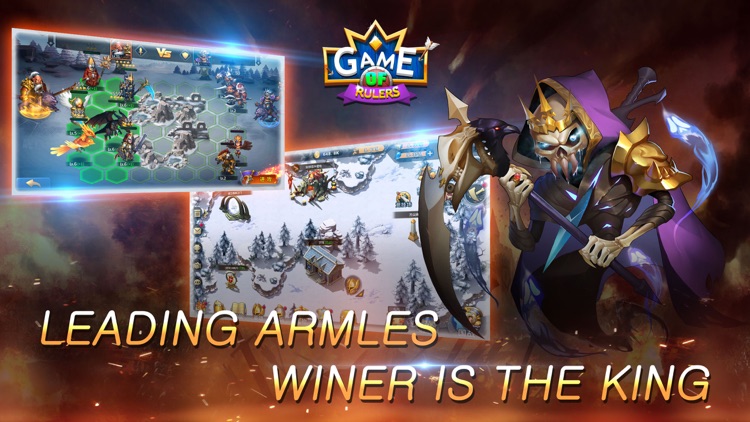 Game of Rulers is a high-definition art quality SLG strategy mobile game with 2. 5D exploration, collection, global national war, national development, and real-time competitive PVP as the background of orthodox western fantasy. In the game as the King/Queen, you will call the Human - Prince Arthur, the Elf Queen - Galadriel, Mage-Gandalf, Orc -Shaman, Egypt Queen- Cleopatra and other heroes and leaders of various tribal races form a powerful multinational force. Through their own growing and territory expanding to foster loyalty and courage, and the troops conducted an expedition for your majesty.

Six major features of the game:
Map exploration, 5 major races, 33 arms opened
Map exploration is a major gameplay of Game of Rulers. While experiencing the fun of exploring, you can also open new arms and get a lot of resources. In the process of playing, we must try to find more precious resources hidden in the corner of the map. The vast map of the wild, the delicate and meticulous design layout, requires the player to explore and discover. (A qualified explorer will definitely not forget to search carefully for clues around)
Six countries compete, make strategy and win the war
The multinational alliance national war is a key gameplay of Game of Rulers. When the player reach level 5, the national war system will open. Players can choose the nation according to the system recommendation, or they can choose to join a nation. Soldiers, cooperate, and fight against the enemy, occupy the city, and open your great cause.
Famous heroes with hundreds skills, flexible combination
This time, dozens of Greek war gods are open for your dispatch. You can cultivate them carefully. The influence of the development of military commanders on combat effectiveness is very important. Players can upgrade their military ranks by upgrading their grades, star ratings, magic skills and talents. Attributes to improve combat effectiveness. The hero is currently open to three qualities, namely blue hero, purple hero and orange hero. Each hero has a random fixed natural skills, with the hero star will open more to enhance the skills. Nameless hero can be equipped with up to five skills. Nearly 100 heroes, more than 300 kinds of skills, for you to match, create your own exclusive lineup.
Build castle and store resource, heroes growing and arms promotion
As the saying goes: The soldiers and horses have not moved, and the grain and grass are first. Upgrade your own castle, comprehensively improve the legions attributes and the overall number of troops in the army. Reserve wartime resources in advance to unify the six nations and fully prepare for the defense of foreign enemies. The higher the castle level, the direct connection to your unification.
Siege and capture, promote title, the king return and unify the world
Attacking the city and plundering the land, opening up the fief to enhance the national honor so that the official can be upgraded. The superior will not be a dream. In the game, everyone has the opportunity to become a king ,Queen, general, prime minister, more likely to become the conqueror of the world, and enjoy people’s worship. All lords will kneel before you. Game of Rulers will bring you a different experience than ever before.
FB: https://www.facebook.com/gameofrulers/
G-mail CS: [email protected]

Similar Apps to Game of RulersClash Of Thrones 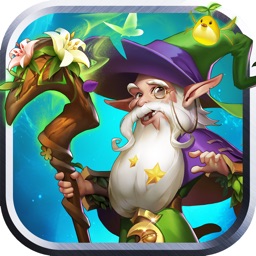 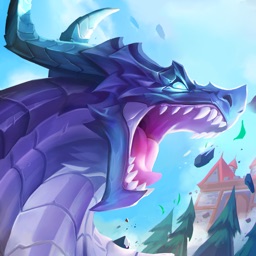 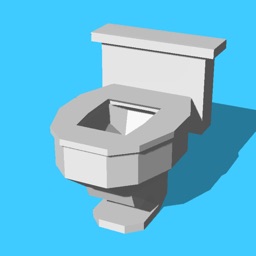 Games For The Throne 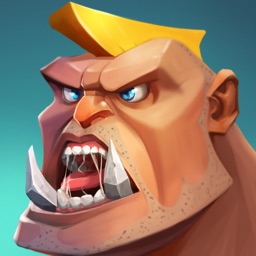 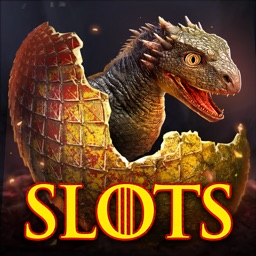