This is a game with simple rules, but which challenges your ability of logical thinking! 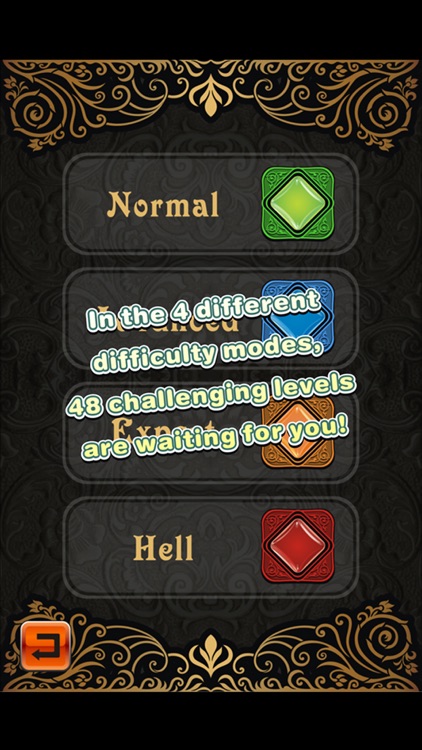 Gem Rune is FREE but there are more add-ons 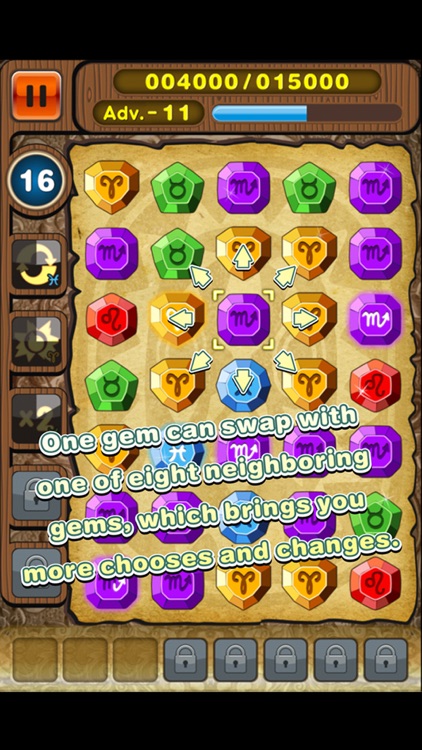 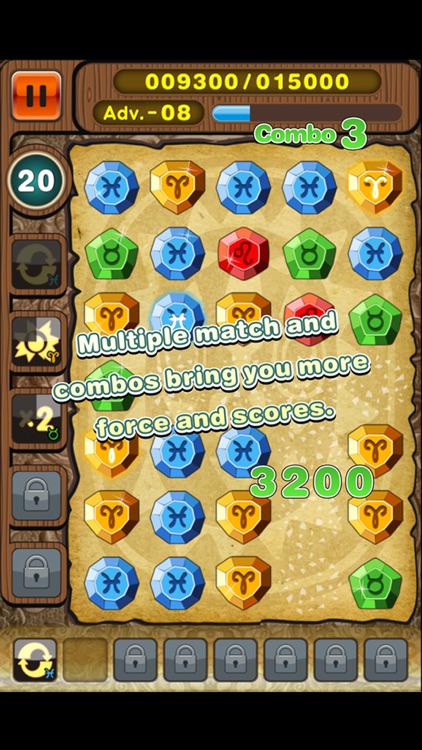 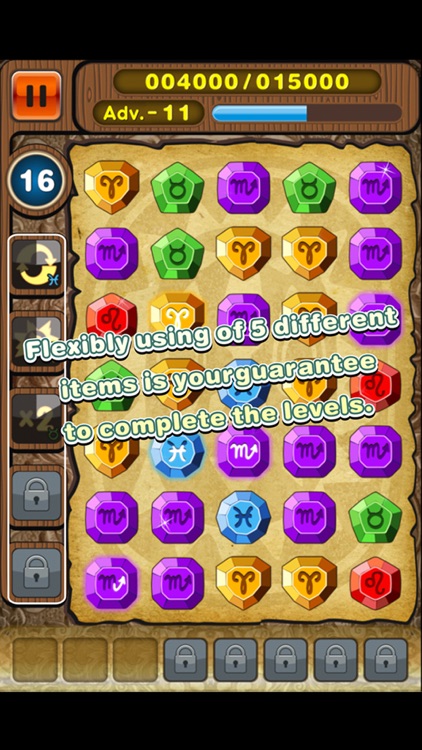 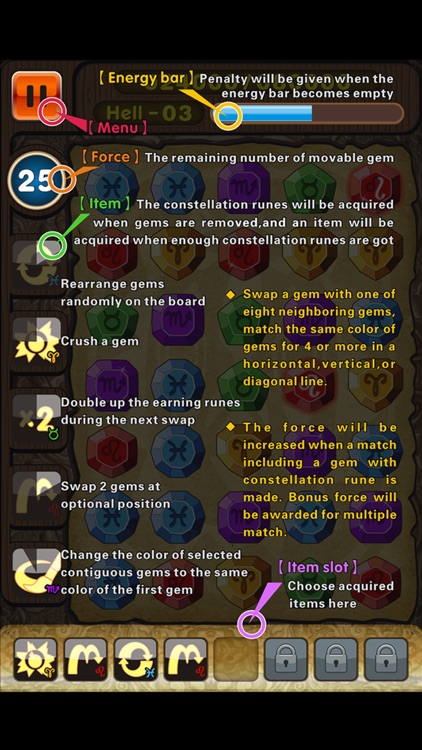 This is a game with simple rules, but which challenges your ability of logical thinking!
This is an elimination-type game which is very easy to play. In the 4 different difficulty modes, 48 challenging levels are waiting for you!
The rules are fair to every player!
Your IQ, which is more than 120 or 140, will be showed in this game!

Rules and features
**In the normal elimination-type games, one can only swap with one of four neighboring ones, up, down, left and right. But in this game, one gem can swap with one of eight neighboring gems, which brings you more chooses and changes.
**Every swap spends one force, and you can make a swap without a match. Game is over when the force turns to zero.
**The same color of gems match for 4 or more in a horizontal, vertical, or diagonal line. That the same color of gems match for 4 or more in several lines at the same time is called a multiple match. That new gems match again after the last match is called a combo. Multiple match and combos bring you more scores.
**The force will be increased when a match including a constellation rune is made. Bonus force will be awarded for multiple match.
**The constellation runes will be acquired when a match is made. An item will be acquired when enough constellation runes are got.
**A level is completed when you earned the target score, and then the next level will be unlocked.
**The game is saved timely, and you can exit or continue at any time.

Tips
**Every swap spends one force, and the force will be increased when you get a rune. So, the primary principle in the game is to get more runes for increasing more force.
**A constellation rune will be died down with swaps. So please arrange your steps in advance.
**Combos bring more scores. Multiple match bring more scores and runes. So you need improve your score by using combos and multiple match skillfully to advance to more difficult level.
**5 different items are differently qualified, and using them flexibly is your guarantee to complete the levels. But please remember, the item slot is limited and don’t waste the items. 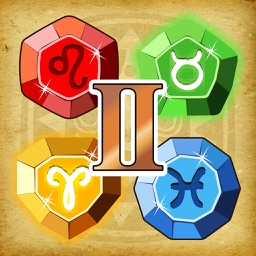 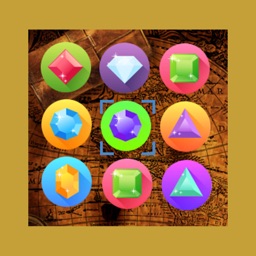 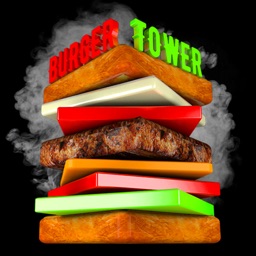 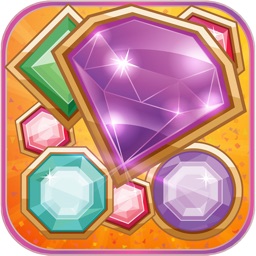 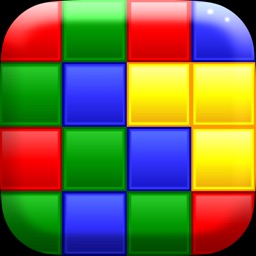 SPORE Productions
Nothing found :(
Try something else