To complete a level, you must collect all the gold chests in a scene. When you succeed, you may then climb a ladder to the top of the screen and enter the next level. You will use your laser drill pistol to drill pits and passageways through brick floors. You may dig through fissured bricks only, not through solid surfaces, and holes must be drilled all the way through to be effective. 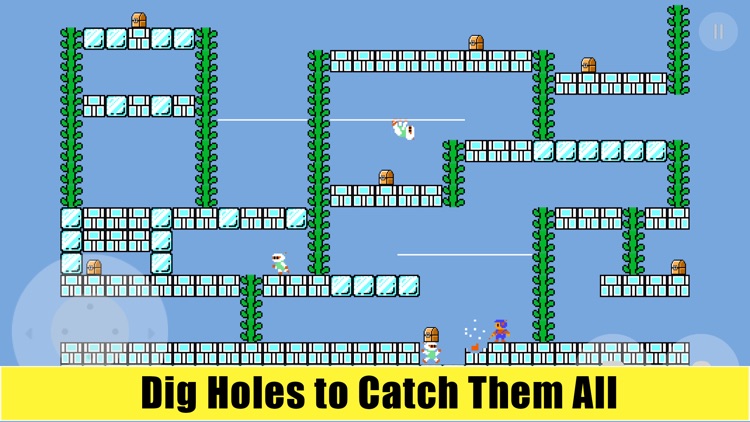 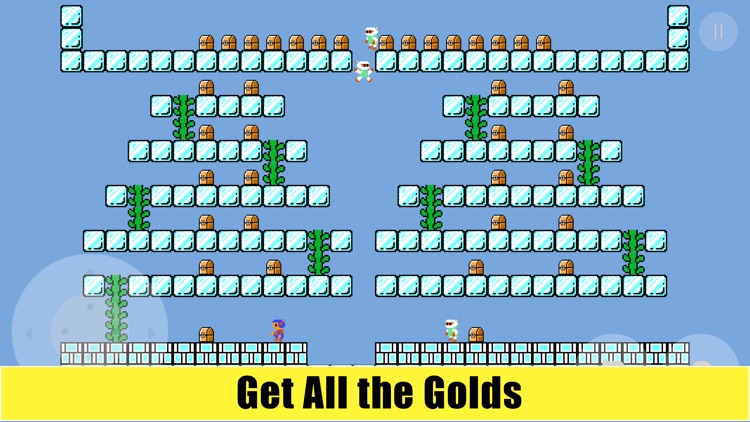 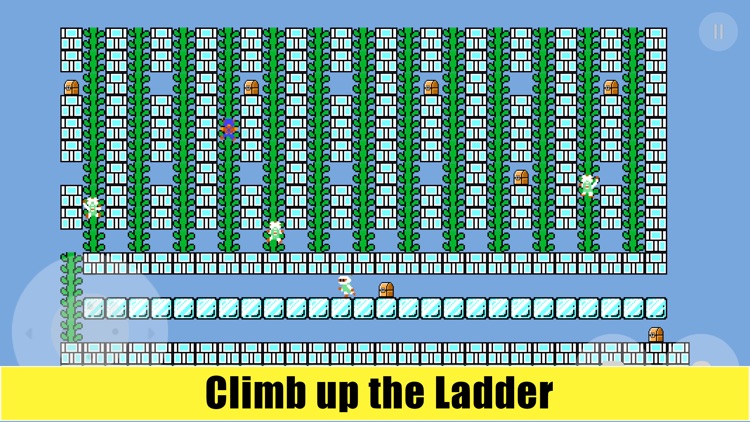 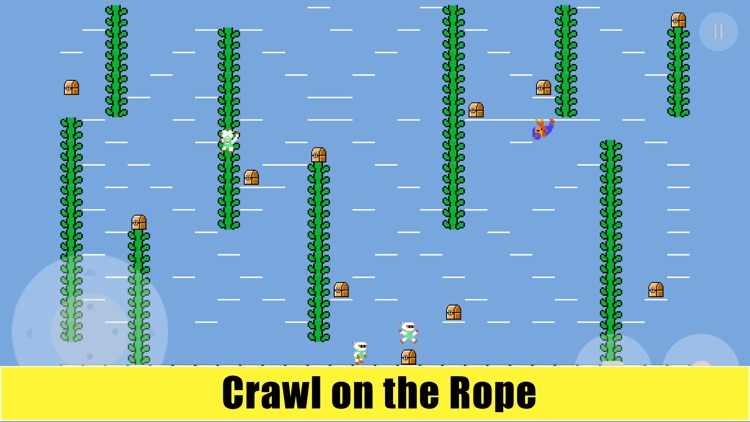 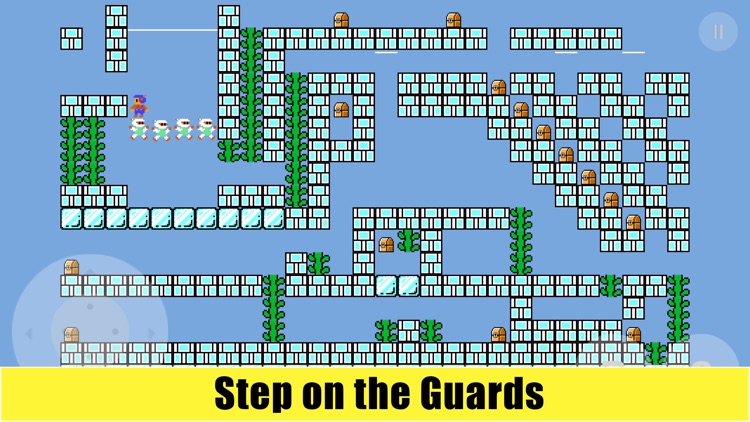 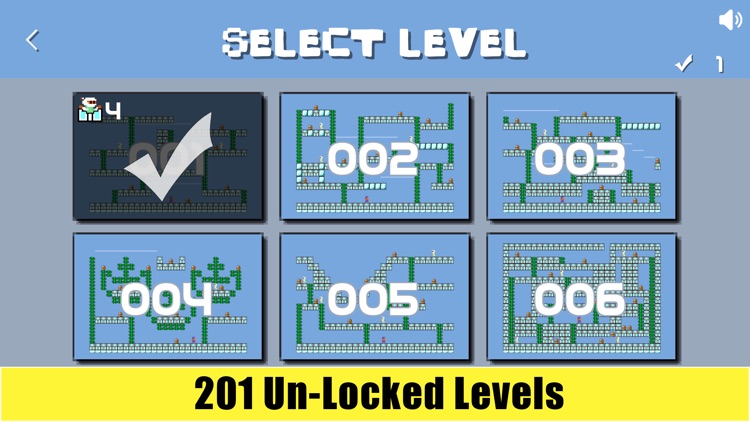 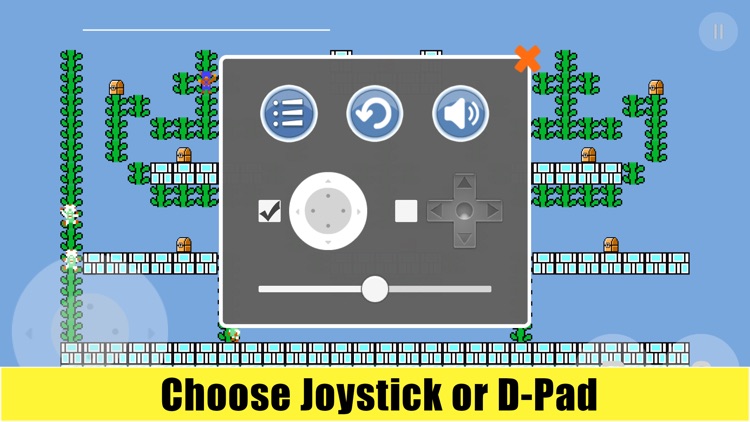 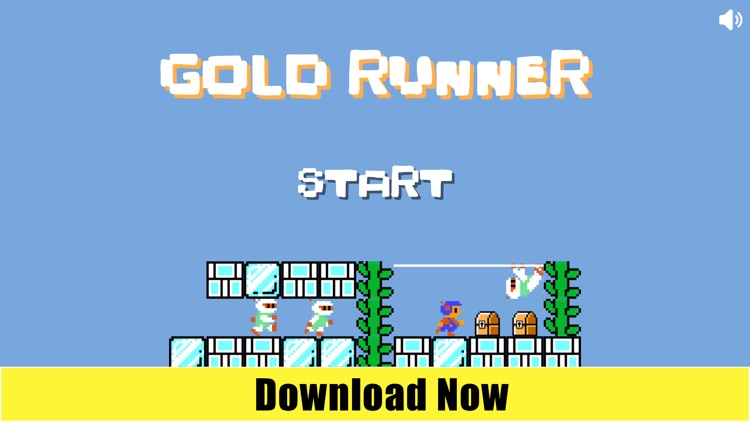 To complete a level, you must collect all the gold chests in a scene. When you succeed, you may then climb a ladder to the top of the screen and enter the next level. You will use your laser drill pistol to drill pits and passageways through brick floors. You may dig through fissured bricks only, not through solid surfaces, and holes must be drilled all the way through to be effective.

If a guard falls into a pit and gets stuck, it will become safe (for a moment) for you to run over him. He will release any gold he is carrying. Any holes that you've drilled will fill in again after a period of time, and guards caught in them when they refill will die and be replenished by new guards at the top of the screen. Guards can climb out to pits that do not close up around them. Your player cannot climb out of pits and will die if trapped in a pit that is only a single brick wide. Your player may also get caught in a situation with no way out and yet be alive. In this case you can only click pause—> reload to restart the level.

Gold chests carried by enemy guards cease to be visible. If you have picked up all the visible gold on the screen but still not enough, one or more of the guards is still carrying gold. You must trap the guards in a pit and pick up their gold. If an enemy carrying gold falls into a "dead end" that he and you are unable to leave, you can only restart the level.

Floors may also contain trapdoors, through which the player and guards will fall. The player can only dig a hole to the sides, and not directly underneath himself. This introduces an important strategy for when digging a hole x blocks deep, the player must first dig a gap at least x wide to be able to dig through it, as the number of spaces will shrink with each layer, and the player needs at least one free adjacent space to be able to dig. However, exceptions to this rule arise when the player digs from the position of standing on a ladder, or hanging from a hand-to-hand bar, which allows the player to repeatedly dig and descend one row. This kind of digging is involved in solving many levels.

The player's character can fall from arbitrary heights without any injury but cannot jump, and players can trap themselves in pits from which the only escape is to abort the level, costing a life, and begin again.

The player may come into contact with a guard directly from above, with the stick figure's feet touching the guard's head. This is what enables the player to walk over guards who are temporarily stuck in a hole that has been dug. It is also possible to make this contact while both the guard and the player are in free fall, since the player not only runs faster than the guards, but also falls faster; moreover, it is possible to survive the feet-to-head contact while a guard is standing on a platform and begins to move. Both forms of contact are necessary to solve some levels. Sometimes it is necessary to liberate a trapped guard by digging while standing on his head, but then moving rapidly in the opposite direction when the guard begins marching to freedom. In some levels, it's necessary to use a falling guard as a bridge to reach an otherwise unreachable area. One subtlety is that if a down movement is initiated while standing on a guard's head, or briefly touching the guard's head during free fall, the consequences are fatal.

In some levels, guards can be deliberately trapped in various ways. They can be lured into entering a part of the level from which there is no escape. In some situations, the player can liberate trapped guards by digging them out. In some levels, to collect some gold chests, the player must exploit the guards into collecting it.

[Features]
- 201 completely free and unlocked levels, waiting for you to challenge
- Retro game graphics and sound effects, allowing you to relive the past experience 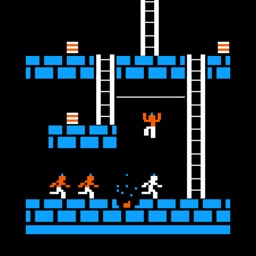 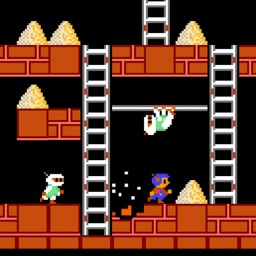 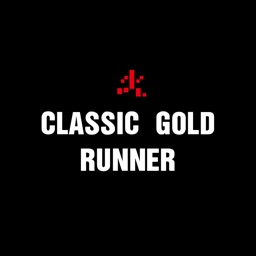 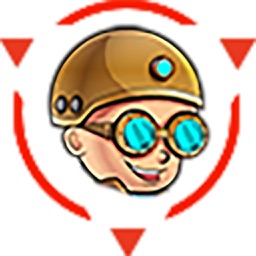 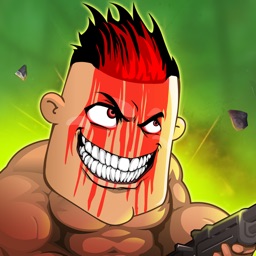 Y8
Nothing found :(
Try something else