In Lemonade Stand, children pick up and tilt the iPad to slide the same number of ice cubes into cups. Don't let ice cubes fall off the table or let ladybugs get into the cups! Pour and drink lemonade with Gracie and her friends. Mmm! Delicious! 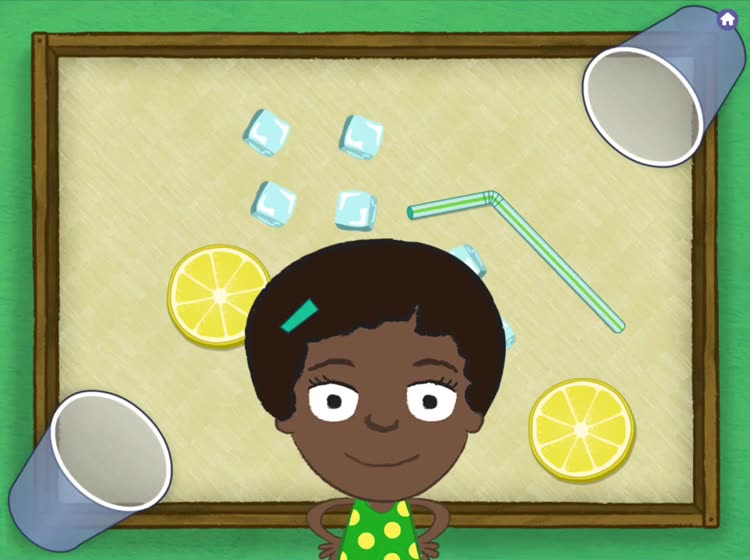 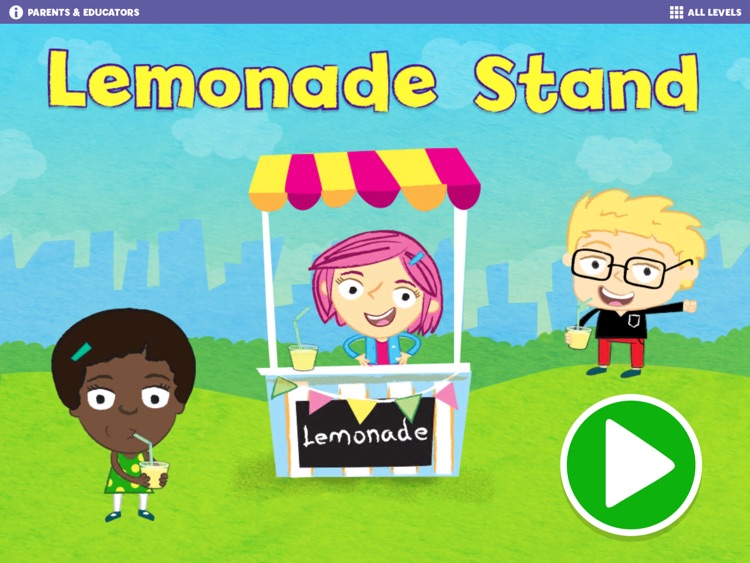 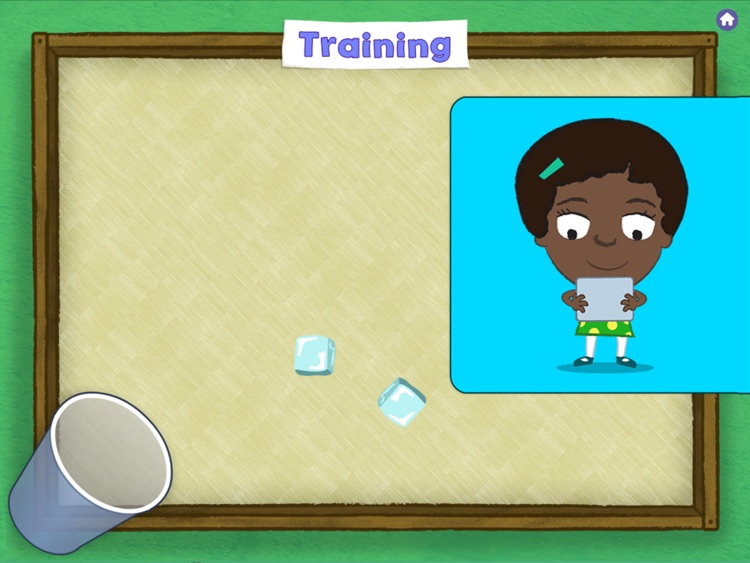 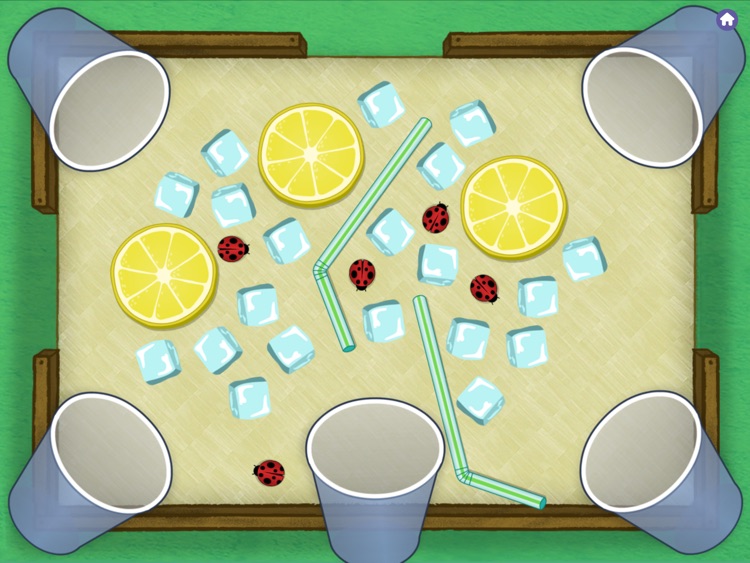 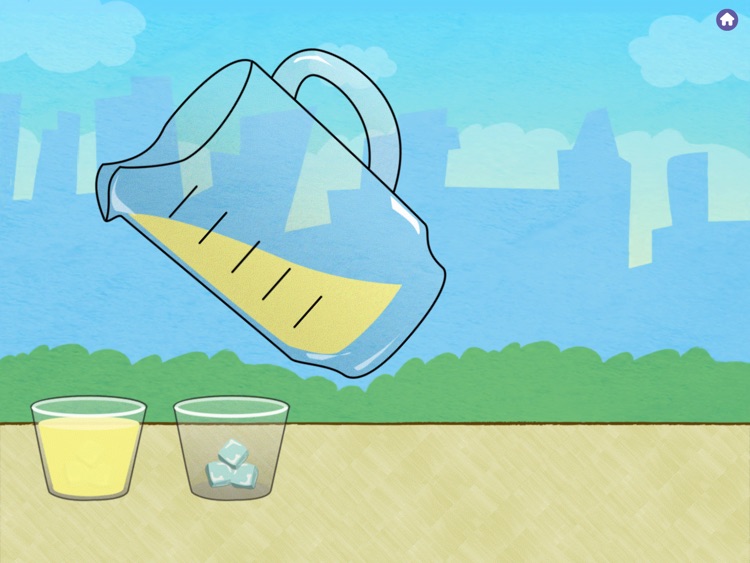 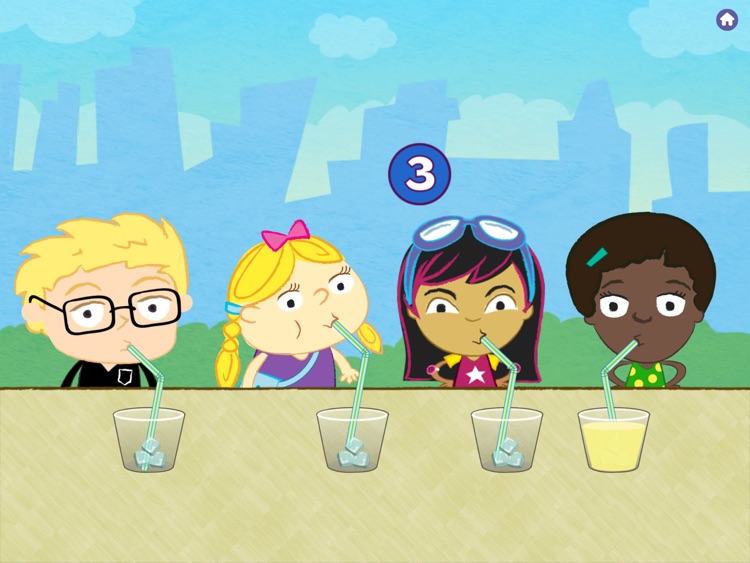 In Lemonade Stand, children pick up and tilt the iPad to slide the same number of ice cubes into cups. Don't let ice cubes fall off the table or let ladybugs get into the cups! Pour and drink lemonade with Gracie and her friends. Mmm! Delicious!

This game provides a fun way for children to equipartition. Equipartitioning is dividing a collection of objects into equal groups or a continuous whole into equal parts. It builds children’s understanding of fractions, ratios, division, multiplication, number sense, and number composition.

Learning Goals
This game is designed to help children strengthen their equipartitioning skills as they:
• Understand that making equal groups of objects means putting the same number of objects into each group
• Practice dividing collections of objects into equal groups
• Identify groups of objects as being equal or having more or fewer objects than other groups
• Redistribute objects in groups of unequal sizes to make the groups equal
• Explore and understand different methods of equipartitioning collections
• Learn and reinforce number names and symbols
• Use comparative language (same, equal, more, fewer, less)

Lemonade Stand is part of the four-game subitizing suite from Early Math with Gracie & Friends™, a first-of-its-kind mobile app brand based in early learning sciences, rigorously researched and developed specifically for preschool classroom use. A randomized control trial demonstrated significant learning gains in children who used the Early Math with Gracie & Friends apps.

Early Math with Gracie & Friends is not just apps! Our research shows the value of hands-on, non-digital play in early learning. In fact, for every Gracie & Friends app, we have created and researched five or more hands-on activities!

The math-focused curriculum supplement of Early Math with Gracie & Friends is based on the Next Generation Preschool Math research project funded by the National Science Foundation. The research focused on the development of eight learning apps, more than 40 hands-on and traditional preschool activities, and a digital Teacher’s Guide—all designed for preschool classroom use.

About First 8 Studios at WGBH
WGBH Educational Foundation has pioneered children's educational media for decades. First 8 Studios at WGBH is dedicated to carrying this pioneering spirit into the digital, mobile world, building and researching new learning experiences for children from birth through age 8, their parents, and their teachers. Gold-standard research, funded by the National Science Foundation, serves as the foundation of our work. So does an ongoing commitment to the teachers and children we have worked with, and continue to work with, to give them a voice in the digital media development process. The countless hours we've spent with them have shaped Early Math with Gracie & Friends™ beyond measure. You'll find evidence of those big hearts and little fingerprints throughout each Gracie & Friends experience.

Privacy Policy
First 8 Studios at WGBH is committed to children's safety and well-being. This app collects only anonymous, aggregated analytics data for the purpose of improving the app experience. No personally identifiable data is collected.

This Early Math with Gracie & Friends™ app was produced by WGBH Digital in Boston.

This material is based upon work supported by the National Science Foundation under Grant No. DRL-1119118. Its contents are solely the responsibility of the authors and do not necessarily represent the official views of NSF. 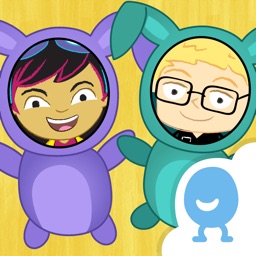 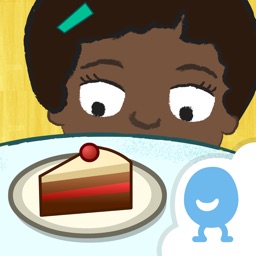 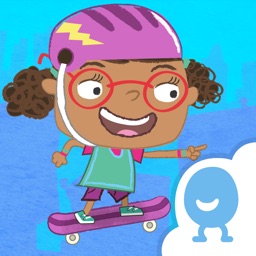 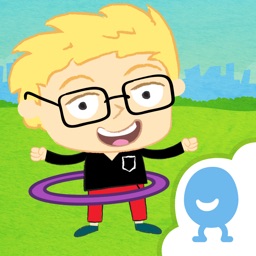 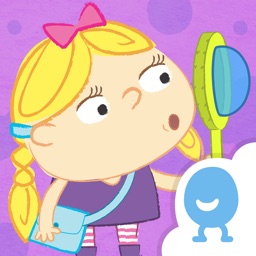 First 8 Studios at WGBH
Nothing found :(
Try something else