Capture your gymnast's performance, not just their scores. 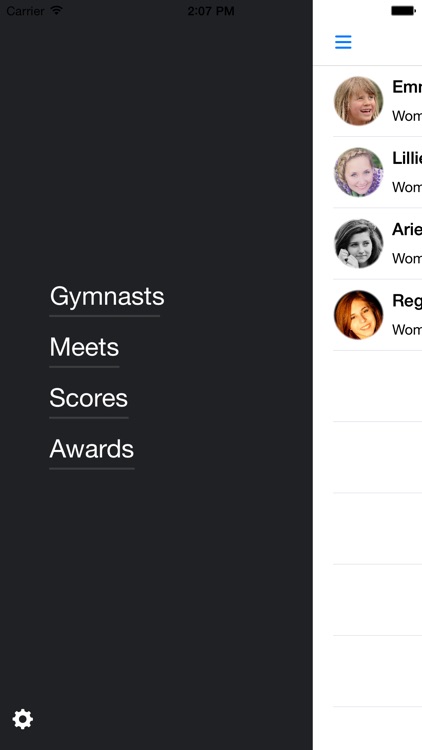 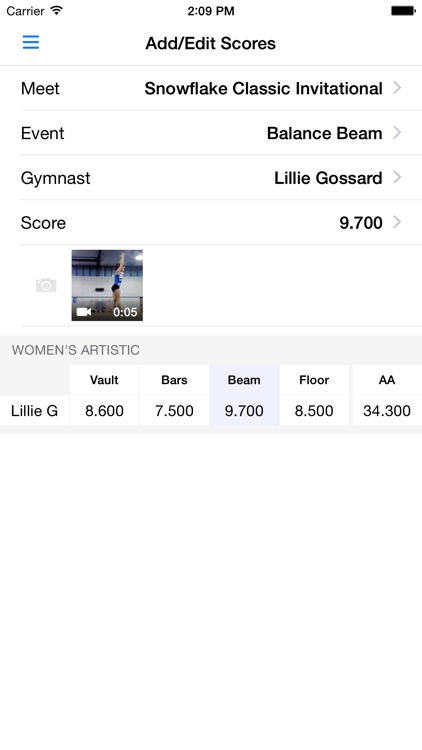 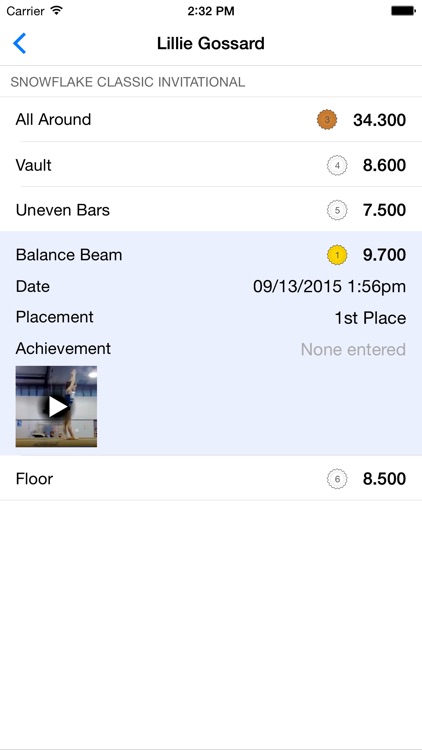 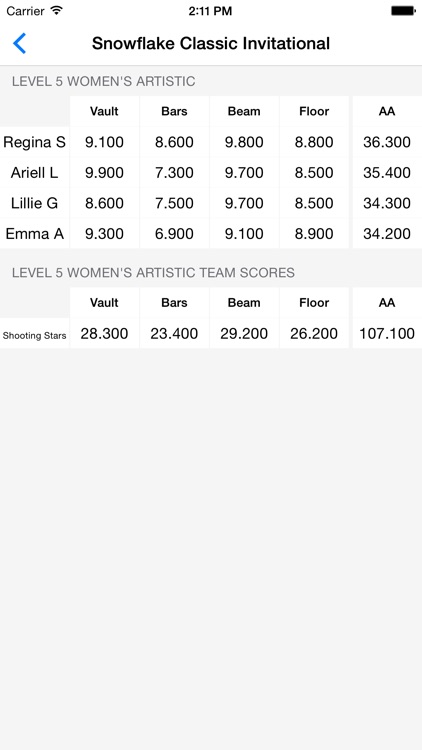 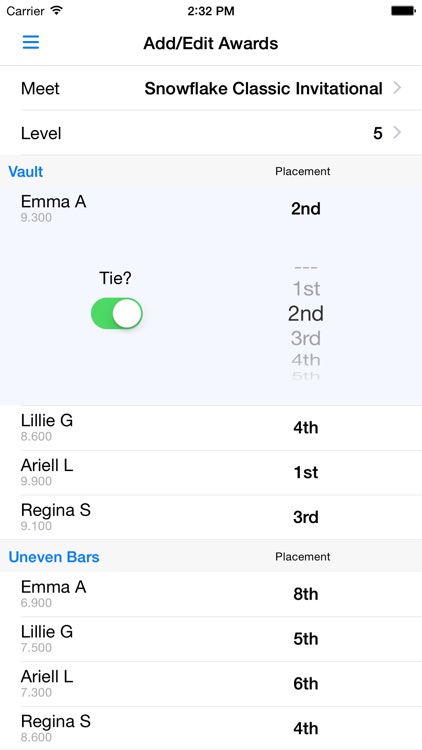 Capture your gymnast's performance, not just their scores.

Gymnastica's clean interface enables you to track scores, awards, photos and videos of your gymnast during their meets. Developed by the parent of a budding gymnast, Gymnastica understands the proper flow of a meet and the most intuitive way to track scores and awards for your gymnast.

* Universal app works on both iPhone and iPad.
* Support for Women's Artistic, Men's Artistic, and Tramp & Tumble events.
* Experimental support for Rhythmic and Acrobatic events.
* Add scores with a simple interface and see all your gymnast's scores as they're added. Watch their all-around score as it develops!
* Photos and videos captured while adding scores are automatically associated with the event, allowing for convenient playback later.
* Easily switch back and forth between multiple gymnasts while adding scores. Useful for parents of multiple gymnasts or people who wish to keep track of the whole team.
* Add awards and achievements quickly and easily with an interface specially designed for fast-paced award ceremonies.
* Easily control how the app is displayed in the settings panel. Control which events will be displayed, the number of scores used to calculate team scores, and which levels receive achievement awards
* Export your photos and videos to your Photos library. 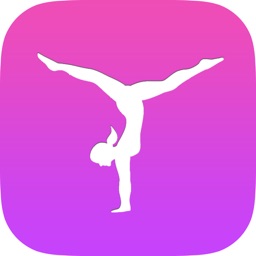 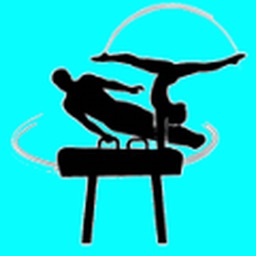 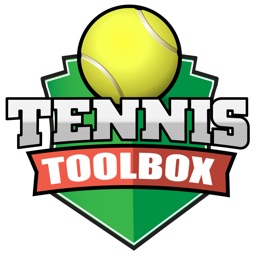 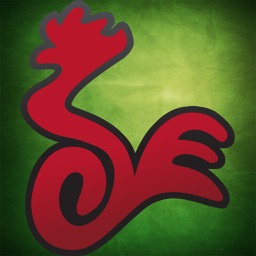 ROoSTER For Your Roster 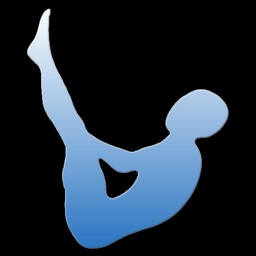 Jeremey Rodriguez
Nothing found :(
Try something else