What you will get from the app 11 Best Hadith Books Collection. 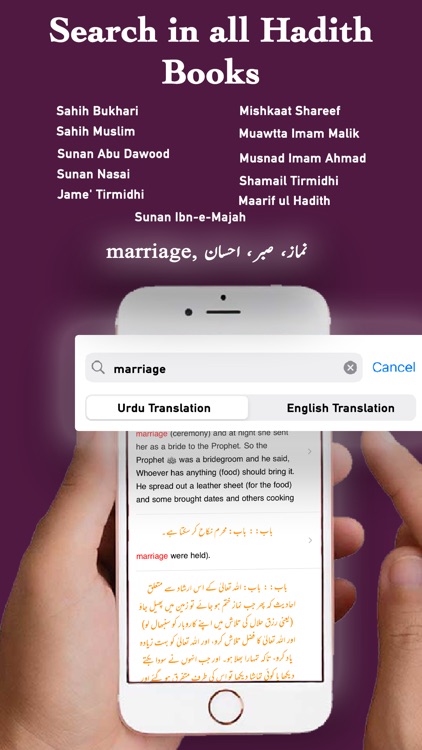 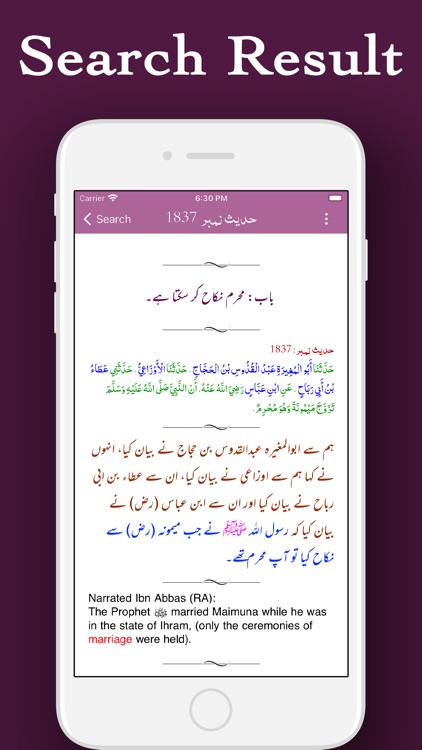 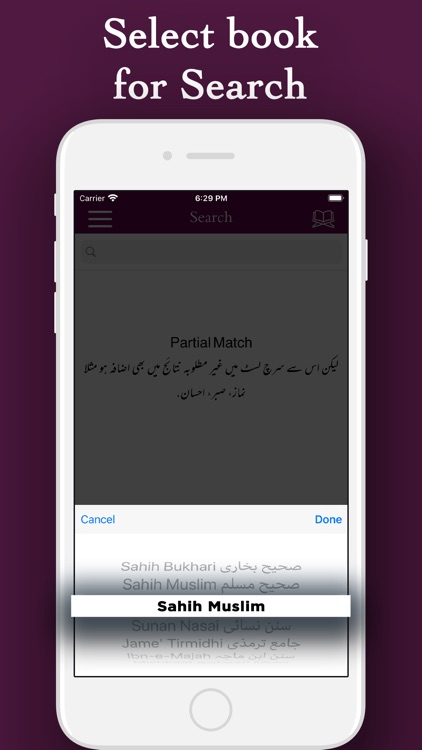 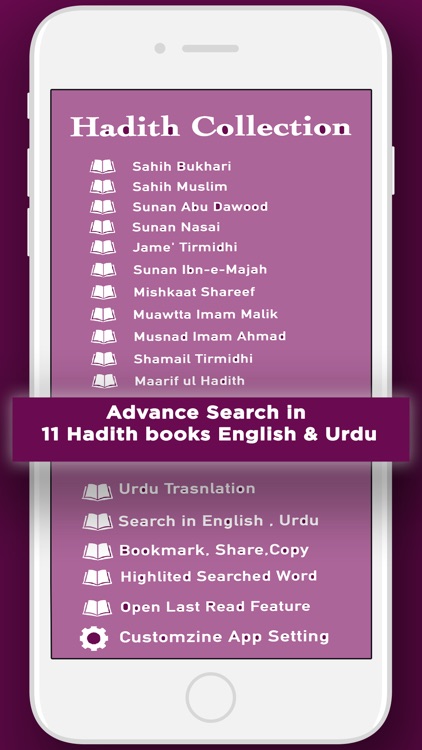 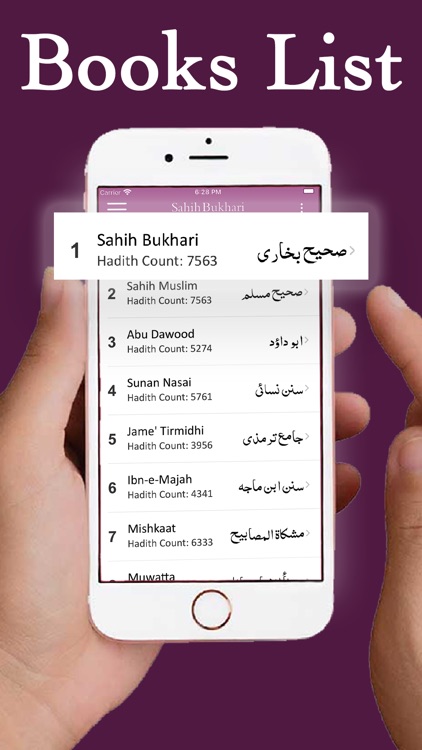 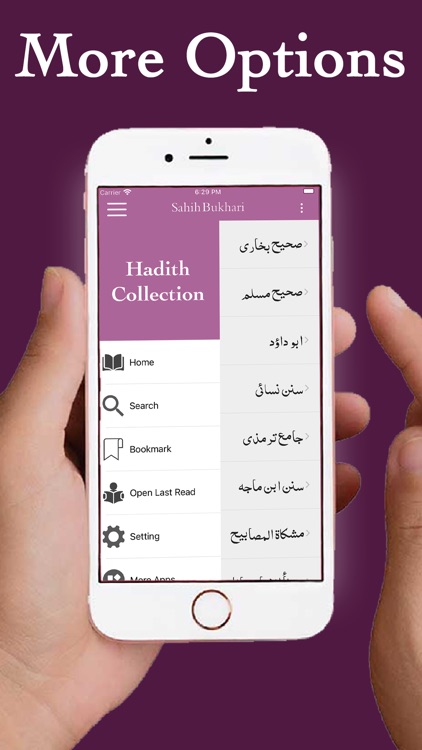 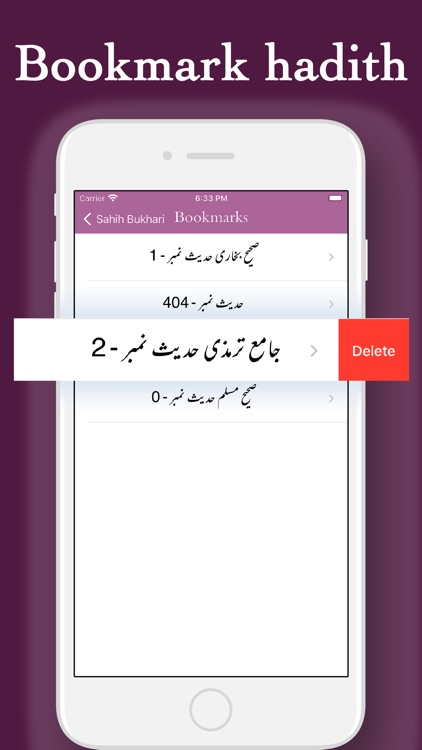 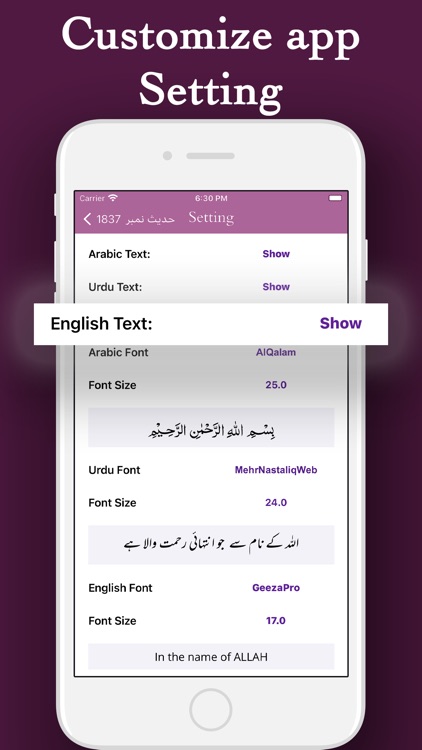 What you will get from the app 11 Best Hadith Books Collection.

Sahih Bukhari is a collection of sayings and deeds of Prophet Muhammad (pbuh), also known as the Sunnah. The reports of the Prophet's (saw) sayings and deeds are called ahadeeth. Imam Bukhari lived a couple of centuries after the Prophet's (saw) death and worked extremely hard to collect his ahadeeth. Each report in his collection was checked for compatibility with the Qur'an, and the veracity of the chain of reporters had to be painstakingly established. Bukhari's collection is recognized by the overwhelming majority of the Muslim world to be one of the most authentic collections of the Sunnah of the Prophet(pbuh).

Sahih Muslim is a collection of hadith compiled by Imam Muslim ibn al-Hajjaj al-Naysaburi (rahimahullah). Many Muslims regard this collection as the second most authentic of the six major Hadith collections. His collection is considered to be one of the most authentic collections of the Sunnah of the Prophet (S.A.W), and along with Sahih al-Bukhari forms the "Sahihain," or the "Two Sahihs." It contains roughly 7563 Ahadith.

Sunan Abu Dawud is a collection of hadith compiled by Imam Abu Dawud Sulayman ibn al-Ash'ath as-Sijistani (rahimahullah). It is widely considered to be among the six canonical collections of hadith (Kutub as-Sittah) of the Sunnah of the Prophet (SAW). It consists of 5238 ahadith.

Sunan an-Nasa'i is a collection of hadith compiled by Imam Ahmad an-Nasa'i (rahimahullah). His collection is unanimously considered to be one of the six canonical collections of hadith (Kutub as-Sittah) of the Sunnah of the Prophet Muhammad (s.a.a.w.).

Sunan at-Tirmidhi is among the six major books of hadith regarded as “Kutub al-Sittah”. Al-Tirmidhi is a person who compiled this vast collection of hadith. He began compiling it after the year 250 A.H. and completed it in 270 A.H. It contains 4222 Hadith,

Sunan Ibn Mājah is a collection of hadīth compiled by Imām Muḥammad bin Yazīd Ibn Mājah al-Qazvīnī (raḥimahullāh). It is widely considered to be the sixth of the six canonical collection of Ḥadīth (Kutub as-Sittah) of the Sunnah of the Prophet (saws).

The Muwaṭṭa (Arabic: الموطأ‎‎) of Imam Malik is the earliest written collection of hadith comprising the subjects of Islamic law, compiled and edited by the Imam, Malik ibn Anas. Malik's best-known work, Al-Muwatta was the first legal work to incorporate and join hadith and fiqh together.

Musnad Ahmad ibn Hanbal (Arabic: مسند احمد ابن حنبل‎) is a collection of Hadith collected by the Islamic scholar Ahmad ibn Hanbal,[1] to whom the Hanbali fiqh (legislation) is attributed.(wikipedia) it is collections of 5774 Ahadith.

Please share this app with your family and friends and give us your valuable feedback on AppStore. 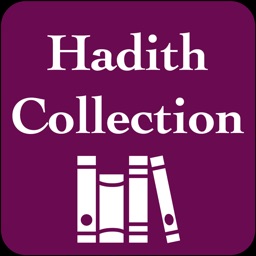 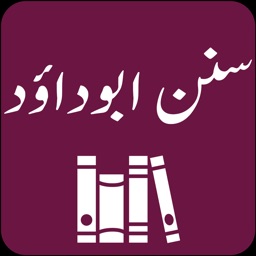 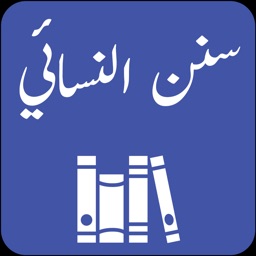 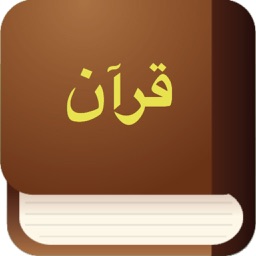 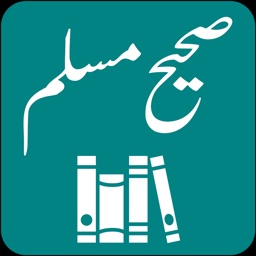 Akhzar Nazir
Nothing found :(
Try something else