This photography app turns your favorite photos into vintage comics.

- Halftone 2 is now available. We're keeping the original Halftone in the store for users who prefer the single-photo simplicity of the original. 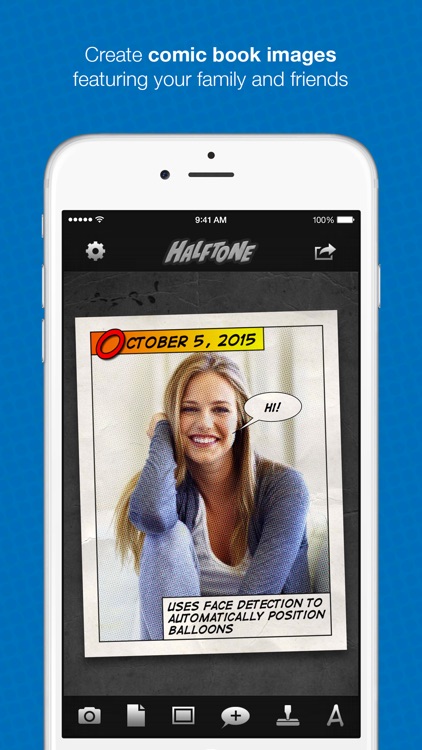 If you want more than just another photo filter app, check out Halftone today. 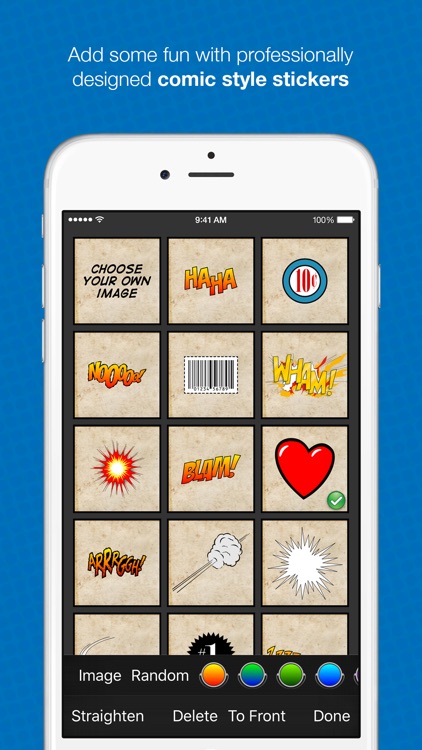 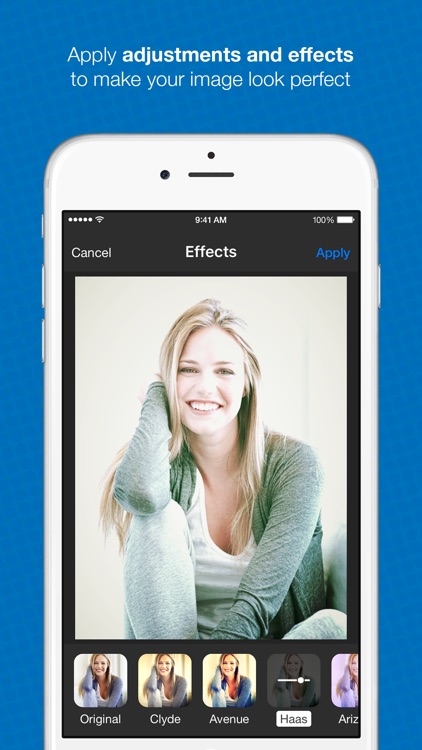 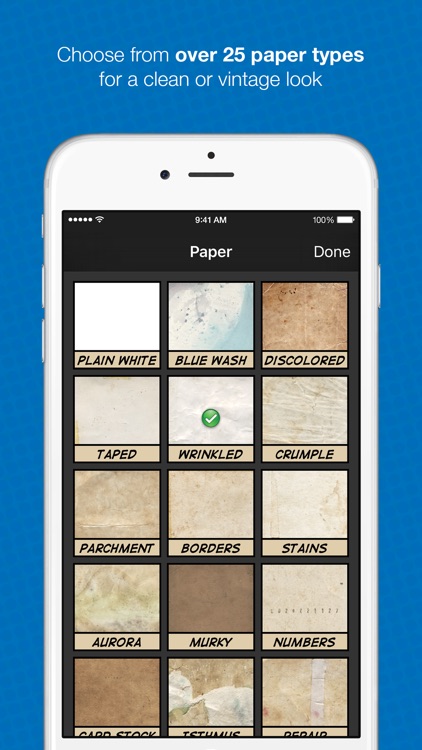 Halftone is $1.99 but there are more add-ons

- Halftone 2 is now available. We're keeping the original Halftone in the store for users who prefer the single-photo simplicity of the original.

Thank you to all of our users for supporting Halftone and for sending us your feature suggestions. You are why we do this.

Halftone turns your photos into unique, vintage comics that friends and family will love! More than a simple “photo filter” app, Halftone makes it easy to add paper styles, captions, speech balloons, graphic stamps, and fonts (including built-in comic fonts). Your final image can be sent via e-mail, uploaded directly to Facebook, Twitter, and Flickr, shared with apps like Instagram, Camera+, and Color Splash, printed, and more.

- Universal app that runs on iPhone, iPad, and iPod touch
- Open images directly from your photo album and from Facebook and Flickr
- iOS face detection for automatic balloon placement
- Save final images to the photo album, print them, or send them to friends via Facebook, Twitter, Flickr, and e-mail
- Share images with apps like Instagram, Camera+, Color Splash, and many more
- Full size image editing, including: auto enhance, special effects, cropping, rotation, brightness, contrast, saturation, sharpness, redeye, whiten, and blemish
- More than 25 paper styles, from crisp and clean to distressed and aged
- Multiple caption styles
- Six speech and thought balloon shapes
- More than 25 stamps (BLAM!, Arrrggh!, etc.) with customizable colors
- A customizable stamp that can use images from the photo library (including transparent PNGs)
- Nine unique layouts, including layouts without any captions or borders
- The ability to use any installed font at Small, Medium, and Large sizes
- Three licensed fonts: Digital Strip, Alter Ego, and Billy the Flying Robot
- Two of the licensed fonts include international characters (Alter Ego and Billy the Flying Robot)
- Support for a front-facing camera, flash modes, zoom, and tap-to-focus
- Settings screen for lots of additional customization, including halftone dot size, strength, and gain
- Support for full size images 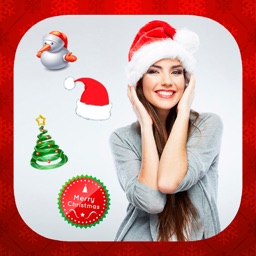 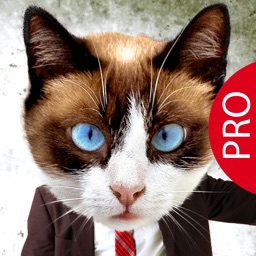 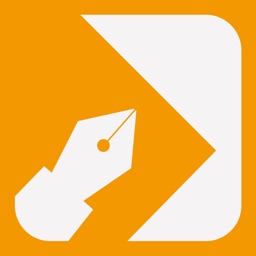 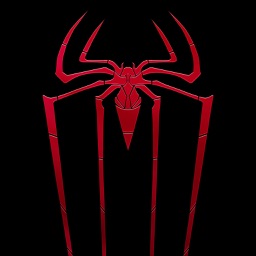 Today’s AppsGoneFree list includes a card game, a music app, and a collection of mini-games.

January 16 Tyler Tschida
Nothing found :(
Try something else