HarmonicBrain ADD/ADHD is a research based app specifically designed to improve focus, attention, and on-task performance by increasing beta brainwave activity in those with ADD/ADHD. 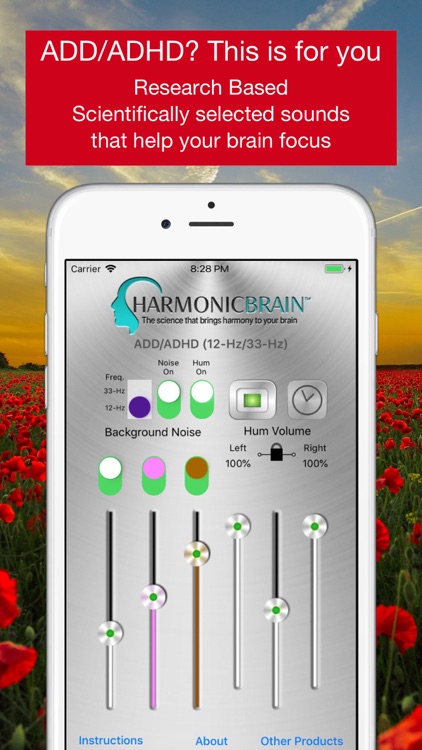 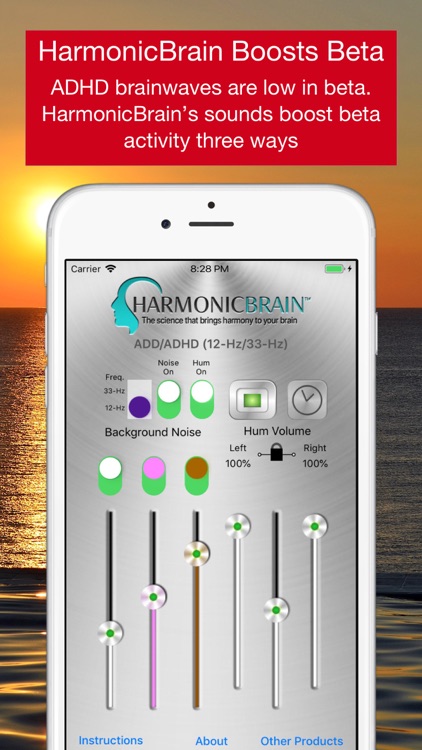 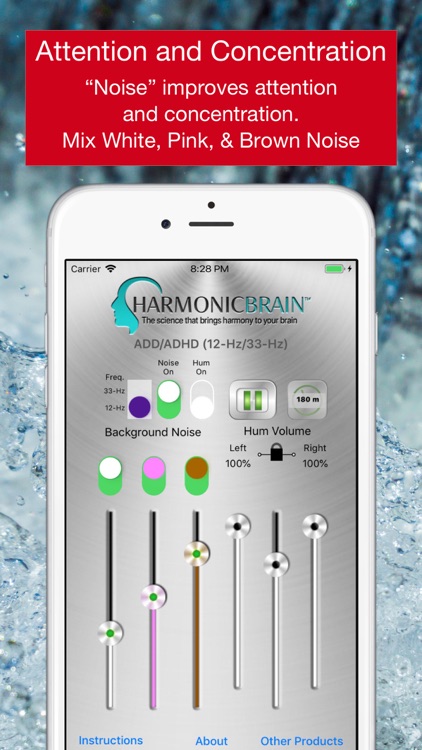 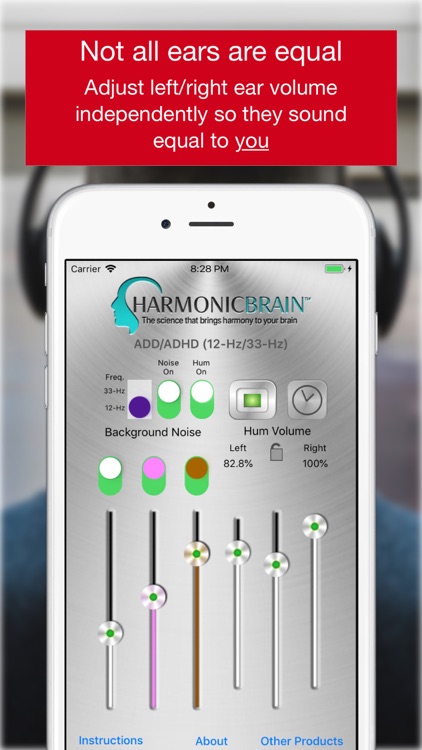 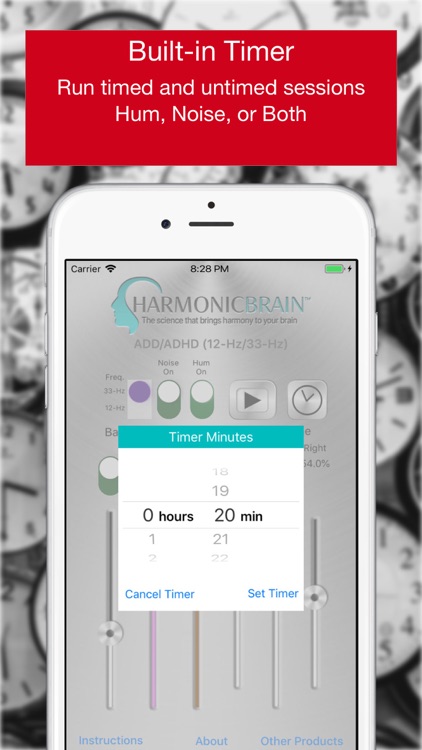 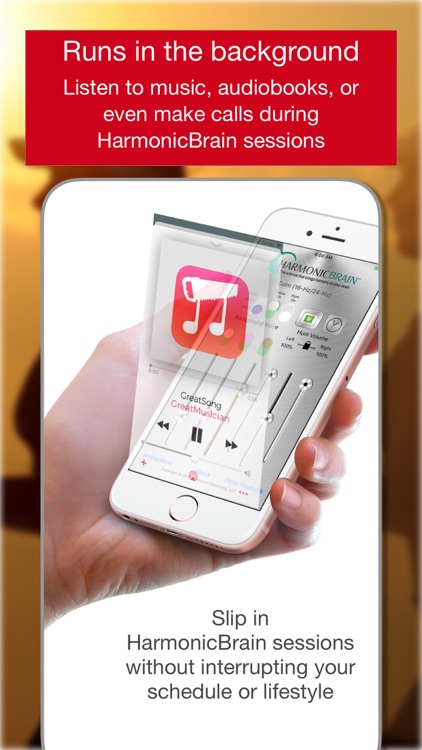 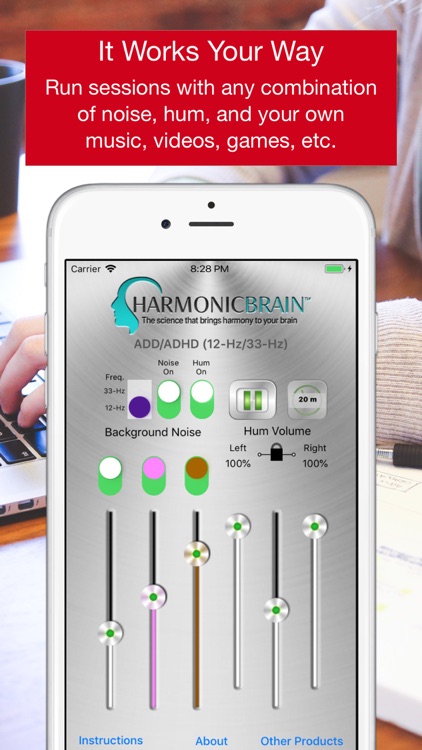 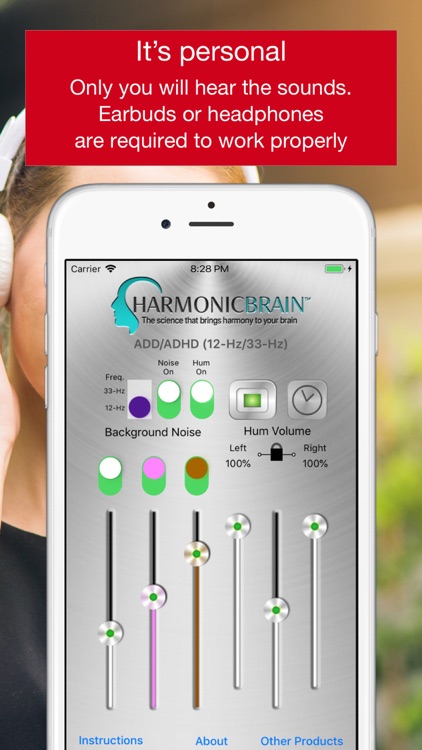 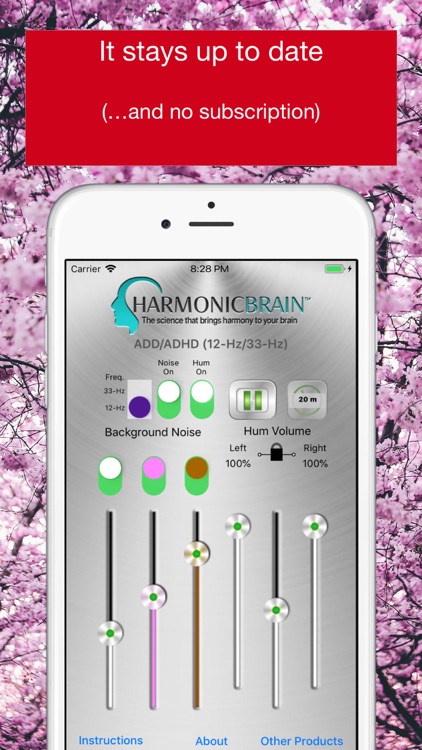 HarmonicBrain ADD/ADHD is a research based app specifically designed to improve focus, attention, and on-task performance by increasing beta brainwave activity in those with ADD/ADHD.

HarmonicBrain ADD/ADHD provides all four of the improvement methods discovered by ADD/ADHD researchers and clinicians: two frequencies to increase beta (low and high beta), white/pink/brown noise (found to increase attention and concentration), and background operation (so users can play their own music/videos/etc. during HarmonicBrain sessions).

Benefits to ADHD Users
* Increased beta brainwave activity
* Improved ability to focus and perform tasks requiring sustained attention
* Improved productivity and on-task performance scores when listening to “white noise” (other noise combinations may also be effective)
* Maintains user engagement by running in the background and allowing users to do other things with their iOS device (such as play music, videos, etc.)
* Low cost – HarmonicBrain ADD/ADHD is not a subscription

* * Backed by Research and Clinical Studies * *

According to the DSM-5, ADHD is characterized by “impairing levels of inattention, disorganization, and/or hyperactivity-impulsivity. Inattention and disorganization entail inability to stay on task, seeming not to listen, and losing materials, at levels that are inconsistent with age or developmental level.”

EEG studies found that children with ADHD have decreased beta brainwave activity compared to children without ADHD when measured during cognitive tasks as well as during the Continuous Performance Task (CPT) protocol.

Researchers and clinicians, using the same sounds produced by HarmonicBrain ADD/ADHD, were able to increase beta brainwave activity of children with ADHD. This increase improved the children’s performance in attentional tests.

Other researchers found that white noise (like that of HarmonicBrain ADD/ADHD) also improved attention scores of children with ADHD (children who do not have ADHD did not perform well with white noise).

In separate studies, participants who listened to music of their own choice, lowered their anxiety levels.

Researchers also found that children with ADD/ADHD has “significantly higher attentiveness levels” after brainwave entrainment. Another study found subjective improvements in attention and focus but that study made use of music selected by the researchers rather than by the study participants. Because HarmonicBrain is designed to let you select your own music (or any audio, video, white/pink/brown noise, or even no adjunctive sound), you can avoid the issue of “canned” music.

Notes:
1. Before using HarmonicBrain for the first time, introduce the user to the sounds and procedure for about 2-5 minutes.
2. If possible, use HarmonicBrain during tasks that require greater attention. 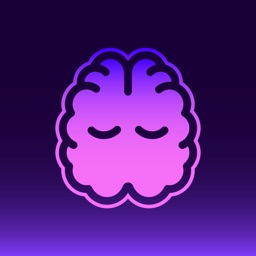 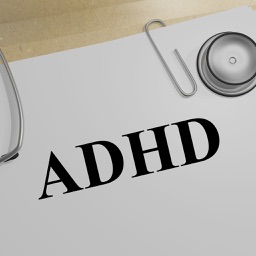 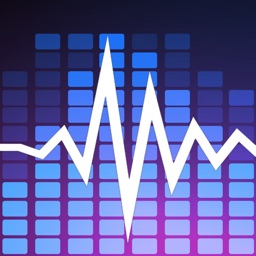 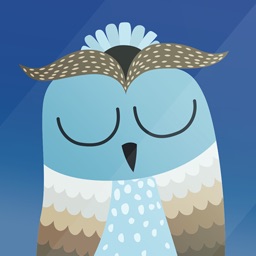 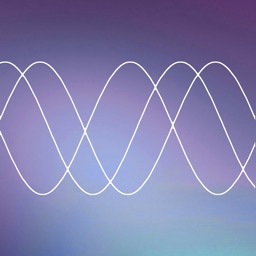