The HMH RS app estimates the likelihood of survival for patients who have been hospitalized with Covid-19. 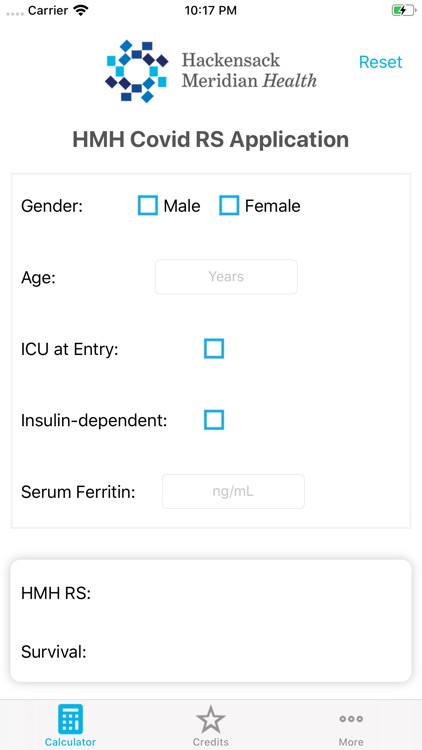 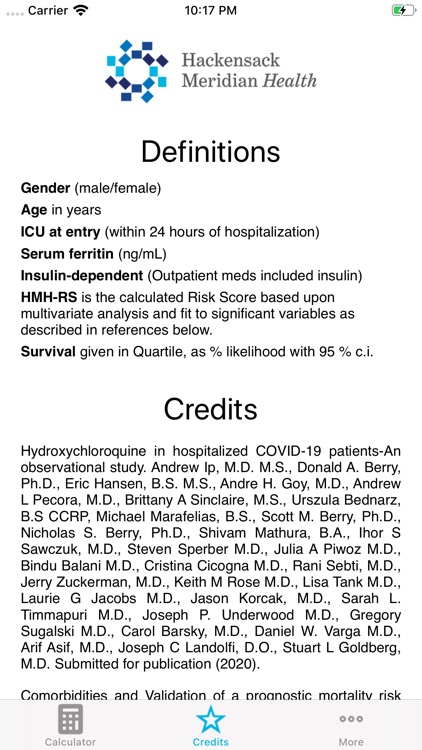 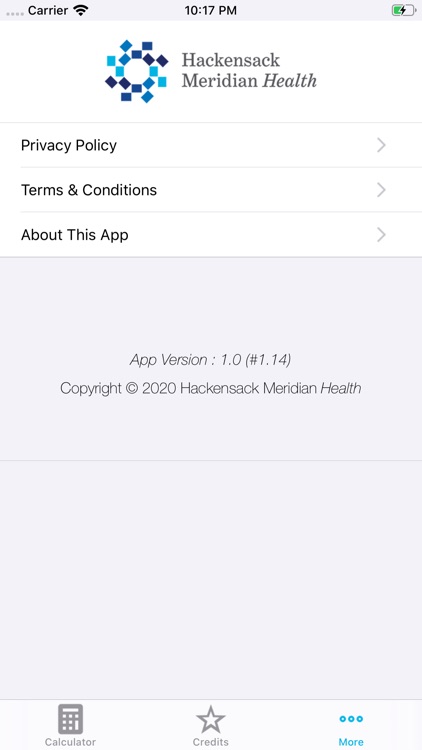 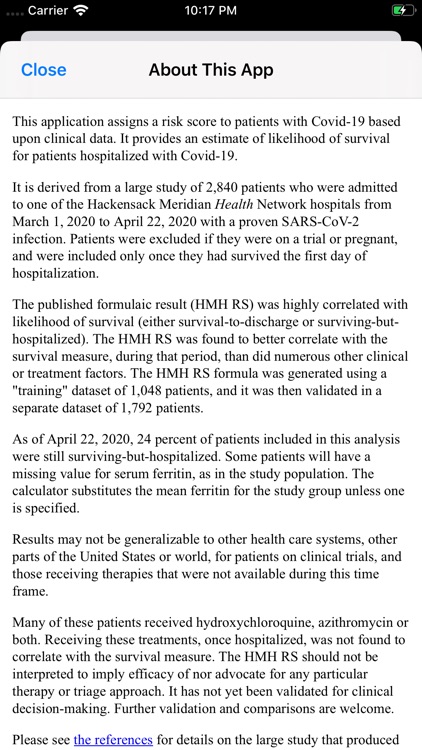 The HMH RS app estimates the likelihood of survival for patients who have been hospitalized with Covid-19.

- It is based on a formula using Gender, Age, Insulin-dependent diabetes, ICU admission within 24 hours of hospital admission, and Serum ferritin (if available; otherwise, a default value is used).
- This app calculates HMH RS (Risk Score), and also places that result into one of four Quartiles of real patient RS results.
- The survival estimate and 95 % confidence interval were calculated for each Quartile of approximately 3,000 patients hospitalized in the Hackensack Meridian Health Network (HMH) between March 1, 2020 and April 22, 2020 with a proven SARS-CoV-2 infection.
- No personal data is requested, and no entries are stored on the device or transmitted from it.
- We anticipate the next version will place patients into smaller groups than Quartiles.

HMH RS was highly correlated with likelihood of survival in the study (either survival-to-discharge or surviving-but-hospitalized). HMH RS was found to better correlate with the survival measure, during that period, than did numerous other clinical or treatment factors. The HMH RS formula was generated using a "training" dataset of approximately 1,000 patients, and it was then validated in a separate dataset of approximately 2,000 patients. As of April 22, 2020, 24 percent of patients included in this analysis were still surviving-but-hospitalized.

Patients were excluded from the underlying study if they were on a trial or pregnant, and were included only once they had survived the first day of hospitalization. Some patients will have a missing value for serum ferritin, as did many in the study population. The calculator uses the study group’s mean ferritin unless one is specified. Many of these patients received hydroxychloroquine, azithromycin or both. Receiving these treatments, once hospitalized, was not found to correlate with the survival measure.

Results may not be generalizable to other health care systems, other parts of the United States or world, for patients on clinical trials, and those receiving therapies that were not available during this time frame. The HMH RS should not be interpreted to imply efficacy of nor advocate for any particular therapy or triage approach. It has not yet been validated for clinical decision-making. Further validation and comparisons are welcome. 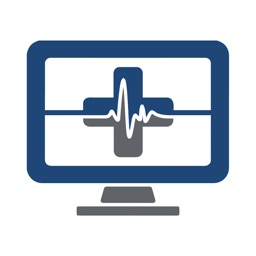 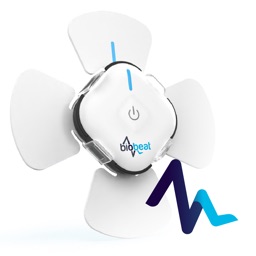 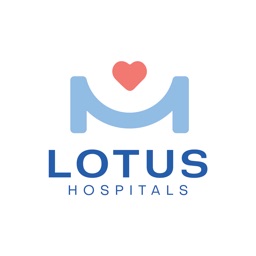 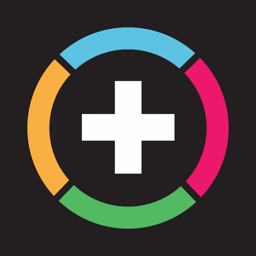 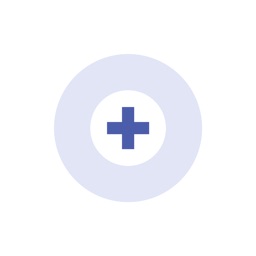 OpenPlacement, Inc.
Nothing found :(
Try something else