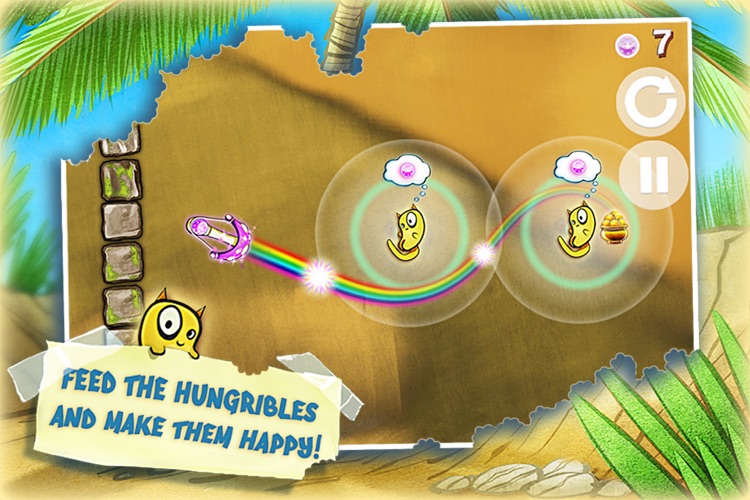 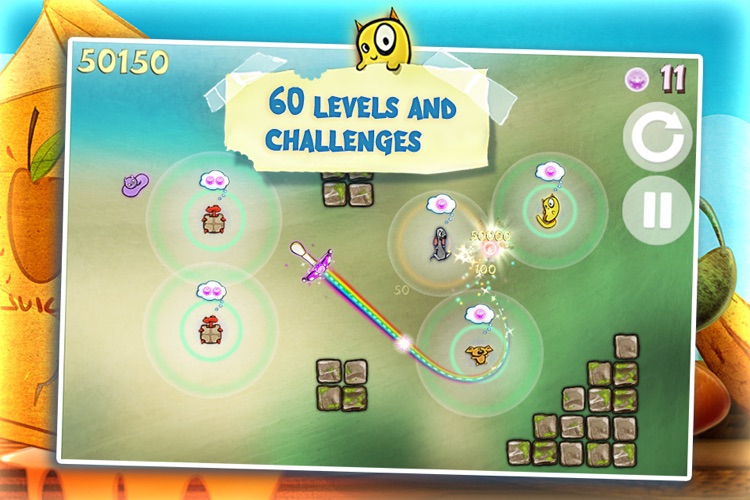 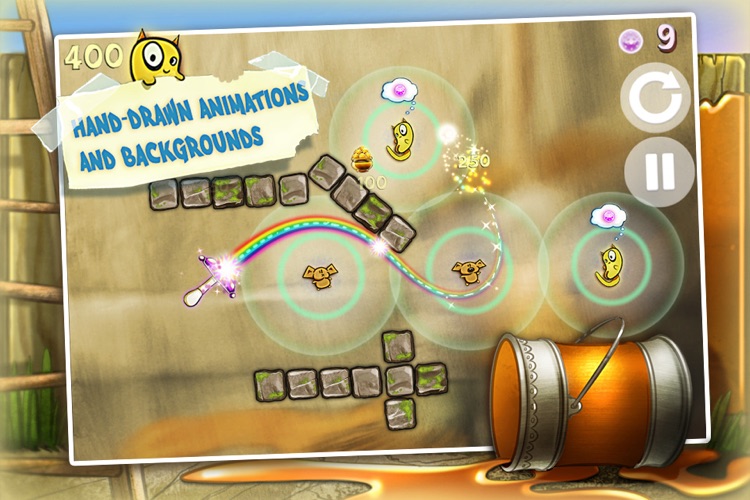 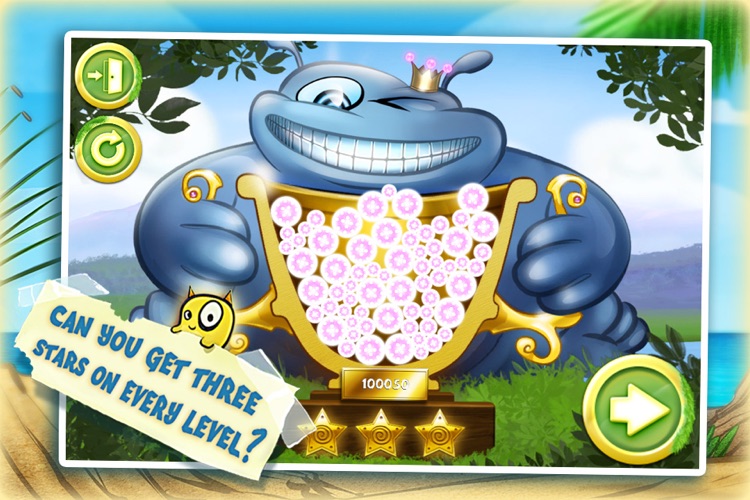 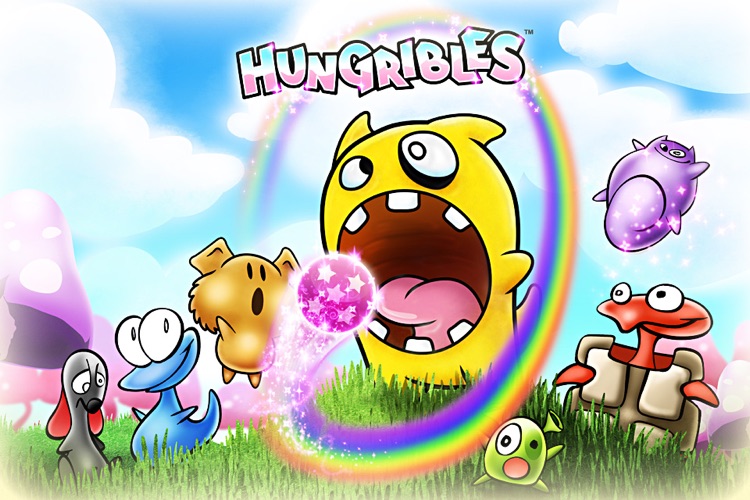 Hungribles is now 100% free. No ads, no in-app purchases, no restrictions.

"Hungribles is an extremely addicting puzzle game" - PadGadget 4/5
"I haven't had this much on an iPhone game for quite some time" – Impulse Gamer 9/10
"The sounds are catchy, and the graphics are adorable" - AppAdvice.com
"Cute visuals and characters that'll have you instantly hooked" The App Shack 4.5/5
"You need to check it out. It's that good" - Icrontic
"We recommend this one for players who enjoyed Cut the Rope" - Slide To Play

Are you frustrated by games that seem to rely on luck more than skill? Feed your appetite for fun with Hungribles, the slingshot puzzle game that rewards your skill and accuracy.

Hungribles are tiny creatures with MASSIVE appetites. Their hunger cravings are so powerful they can pull food through the air and into their waiting mouths.

The aim of the game is to feed the Hungribles and make them happy. You do this by launching tasty orbs from a strange glowing mushroom slingshot thingy, obviously!

"How many games do you know in which you control a crossbow that shoots rainbows and food?" – Yogscast

Each Hungrible's appetite affects the path of the tasty orb as it flies across the screen. Earn SCORE BONUSES by bouncing orbs off walls, curving them around Hungribles or hitting the gold. Can you get a three star rating on every level?


TASTY TIPS
► Use two fingers to aim with greater accuracy and precision.
► Score more by using fewer shots, but make sure you get the gold if you want three stars!


MEET THE HUNGRIBLES
► CHOPS is always hungry. His powerful cravings pull food through the air and into his gaping gullet. Feed him a tasty orb and his tummy expands in delight.

► DIBS' appetite is totally bi-polar, he's ravenous one minute, stuffed the next. Feeding him an orb triggers his mood swings.

► BONKER always wants more. An orb reduces his hunger by half, but he won't go back inside his shell until he gets another.

► IZZY is shy and often asleep. He prefers not to be disturbed, leaving just a small section of his shell open for feeding.

► RATT hates eating, and everything else too. Only tasty orbs snap him out of his dark moods, but how do you feed him when he always pushes food away?

► PUFFEE's charms have the other Hungribles in a spin. But when she lets out a puff it puts them right off their food, reversing the effects of everyone's appetites.

► BOOGA loves sharing and helping others. When you feed him an orb he splits it in half and with a mighty sneeze, shoots the two pieces out of his booga-nozzles. 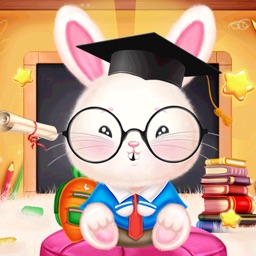 The Bunny goes to School Games 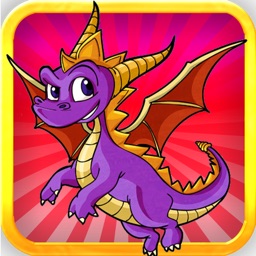 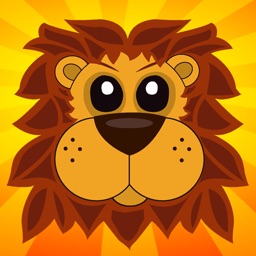 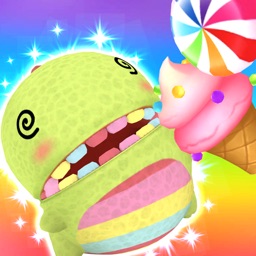 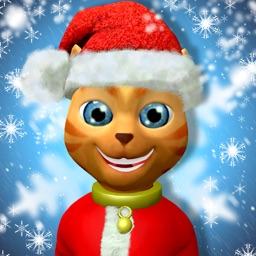 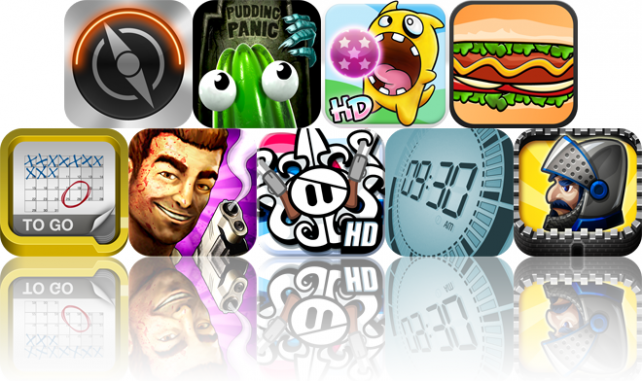 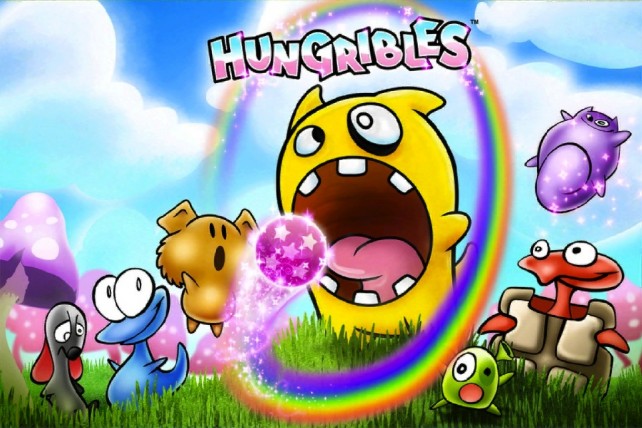 Feed The Hungribles And Keep Them Happy

These tiny creatures have some massive appetites, and it's your job to satisfy them! Can you handle the task of feeding the cute Hungribles?

July 28 Christine Chan
Nothing found :(
Try something else