Based on Gregory Wrightstone's book, “Inconvenient Facts - The science that Al Gore doesn’t want you to know.” This app enables you to powerfully challenge the media-hyped notion of catastrophic man-made warming. 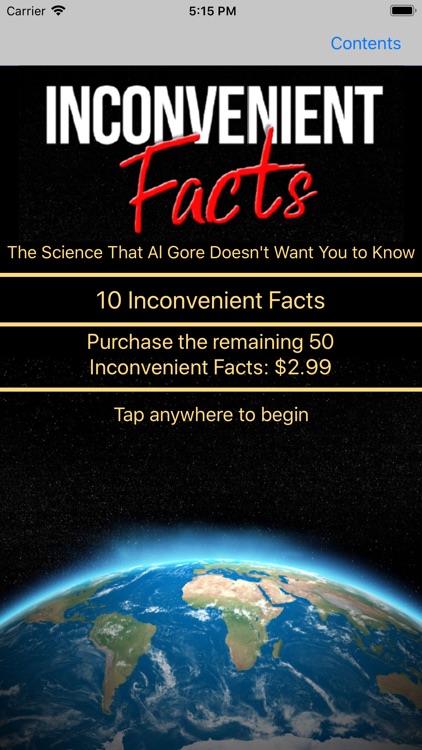 Based on Gregory Wrightstone's book, “Inconvenient Facts - The science that Al Gore doesn’t want you to know.” This app enables you to powerfully challenge the media-hyped notion of catastrophic man-made warming.

Incisive inconvenient facts are literally in the palm of your hand for immediate access to the untold truths of an Earth that is thriving and its people prospering, not spiraling into a series of climate catastrophes.

Well-sourced and referenced, illustrations accompanied by a short video.

Two significant updates have been added to this version of the app:

- Photo capture. This allows the user to take a selfie or use a picture from their library and share it using social media, email, etc.

- The MAGICC (Model for the Assessment of Greenhouse-gas Induced Climate Change) Simulator. Users can estimate how much future warming will be averted based on varying reductions in carbon dioxide emissions as a result of varying reduction percentages, for all industrialized nations or just the United States, extending out to either 2050 or 2100. 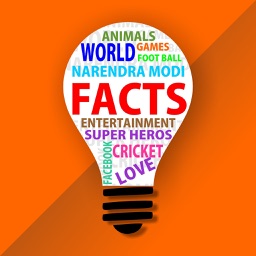 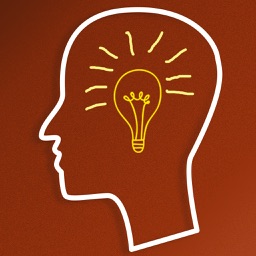 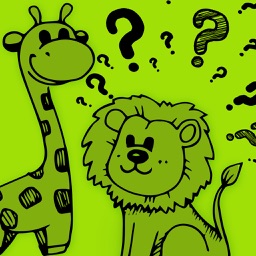 Dharmik Hindu
Nothing found :(
Try something else