A shoot-em-up with killer visuals, multiple vehicles and weapons, upgrades, and giant bosses.

Defend the colonies from the alien invasion. You're able to pilot your advanced aircraft by sliding your finger up and down the screen. Lock on to your targets by tapping on them, or drag your finger across multiple enemies to take them out all at once. And collect the blue balls to upgrade your weapons. 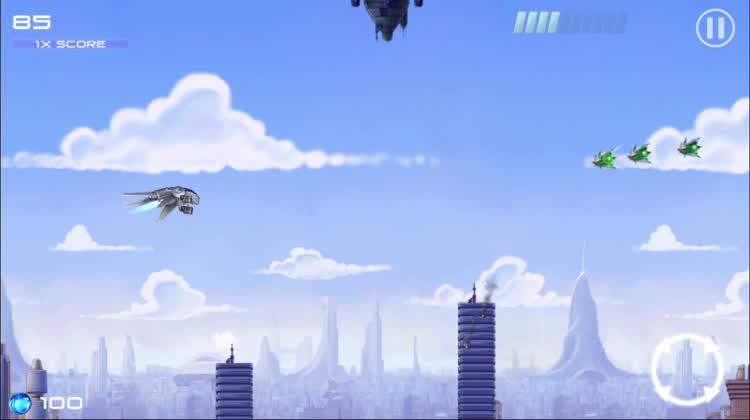 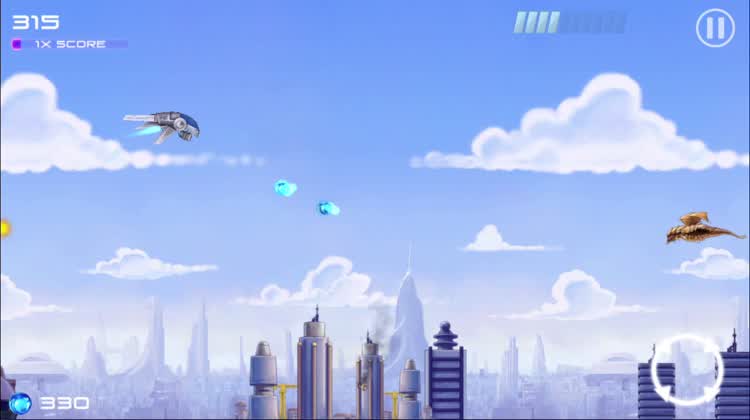 Defend the colonies from the alien invasion.

Beat off the giant boss. 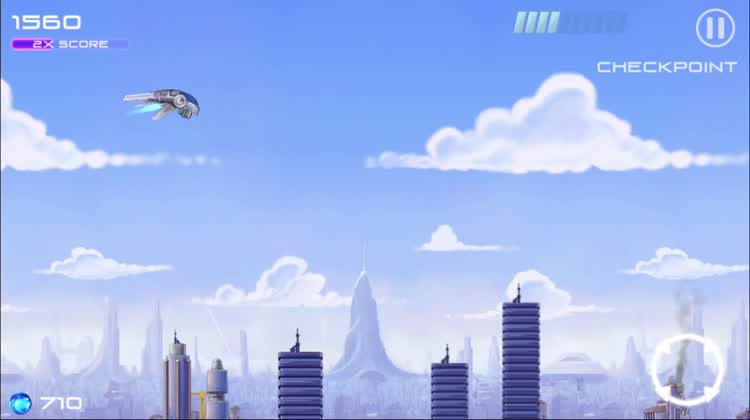 JAM: Jets Aliens Missiles is FREE but there are more add-ons 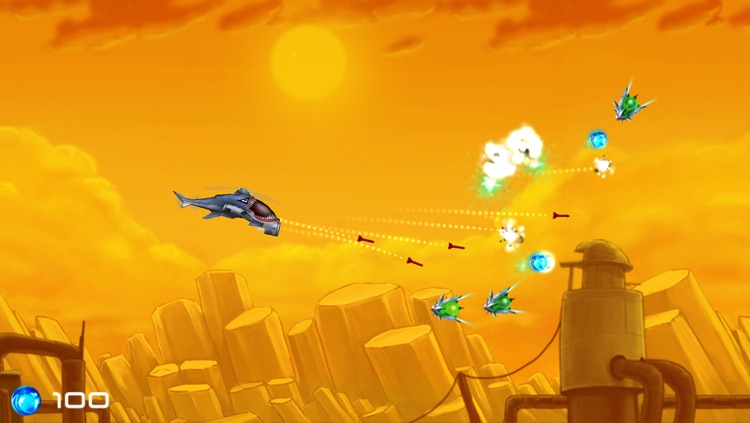 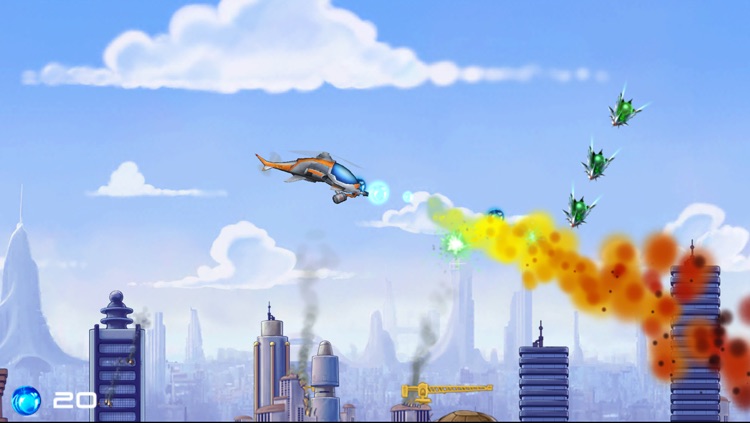 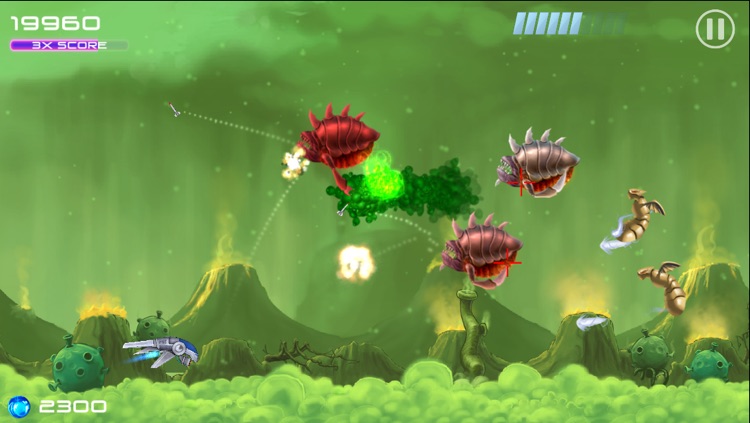 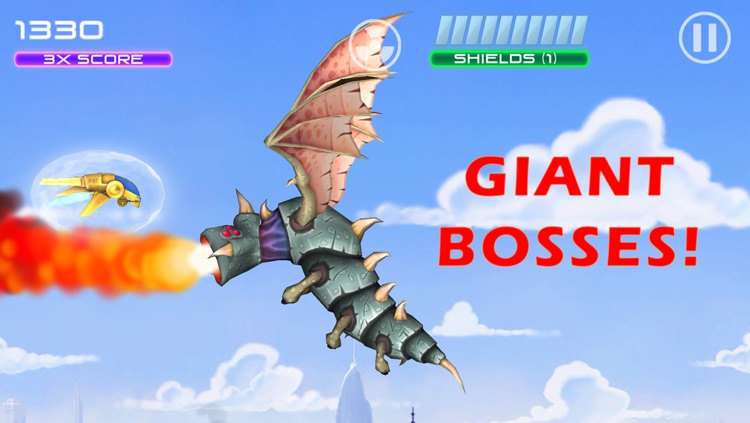 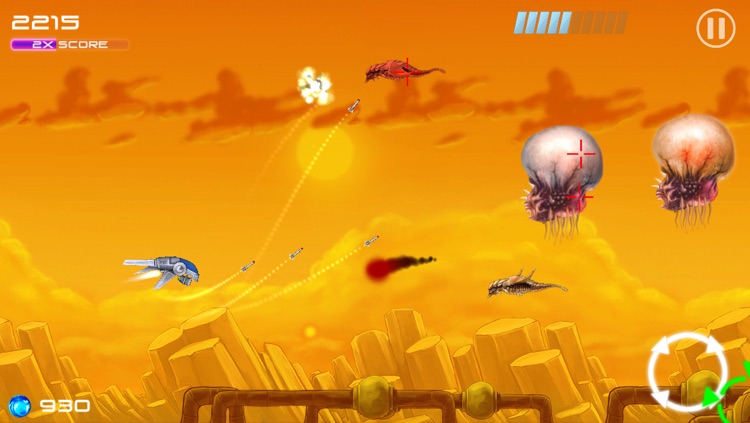 A shoot-em-up with killer visuals, multiple vehicles and weapons, upgrades, and giant bosses.

The Aliens have invaded. Take to the skies and defend the colonies with the most advanced Jets at your fingertips. Battle against waves of enemies and their giant bosses. Upgrade your favourite weapon, or equip a different one for the next mission. Add on special modules to beef up your Jet. Get the highest score multiplier, challenge your friends, and beat others around the world.

Features:
◆ Slick hand-drawn art with 3D graphics, and sweet particle effects
◆ Simple controls with engaging old-school game play
◆ 5 stages and 3 difficulty settings
◆ Use the most advanced Jet fighter, the Merc-450, or take it to the next level with the HellCat, a helicopter that allows full movement anywhere.
◆ Lots of enemy types: tricky Warper, armored Barfer, weird alien-squid thing, and more
◆ Gigantic alien bosses like the fire-breathing Dragonus, or the fully armoured Dire, and many more
◆ Equip new weapons like the spray-and-pray Machine Gun, or armor-slicing Laser
◆ Add on extra modules such as the recharging Shields, or the devastating Shockwave bomb
◆ Customize the look of your Jet with tons of awesome paint jobs, like Camouflage and Tiger-Shark
◆ Game Center Leaderboads, Achievements, Challenges
◆ Universal app with full screen Retina, including the New iPad and full widescreen iPhone 5 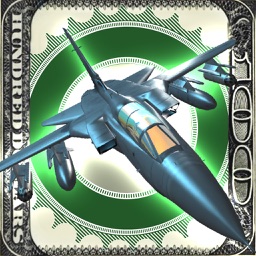 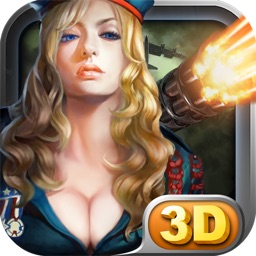 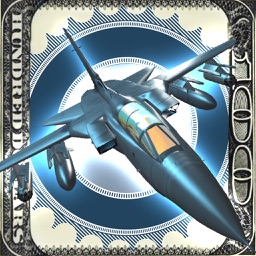 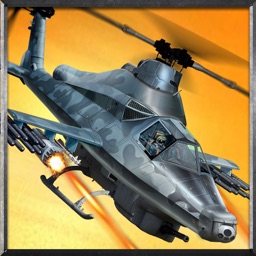 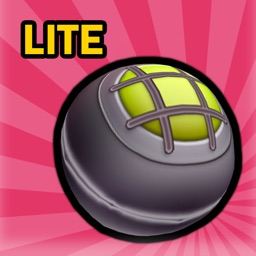 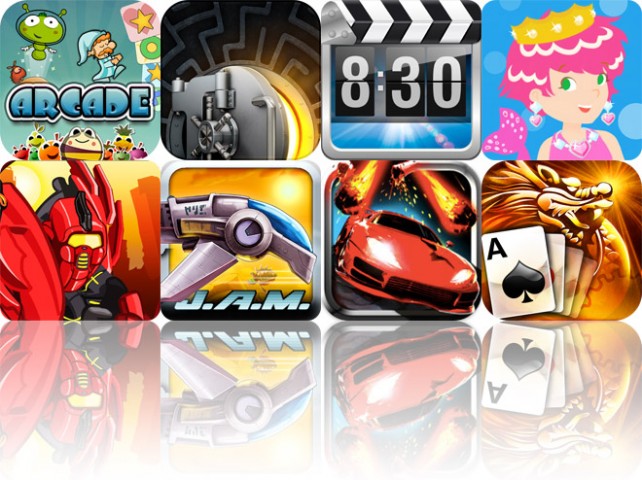 October 15 Tyler Tschida
Nothing found :(
Try something else