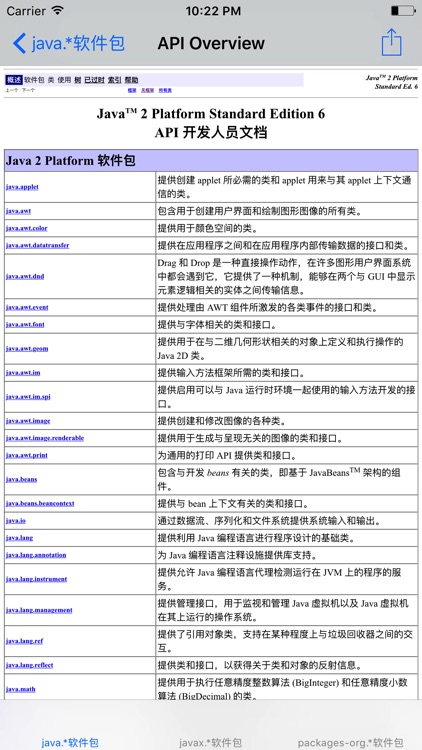 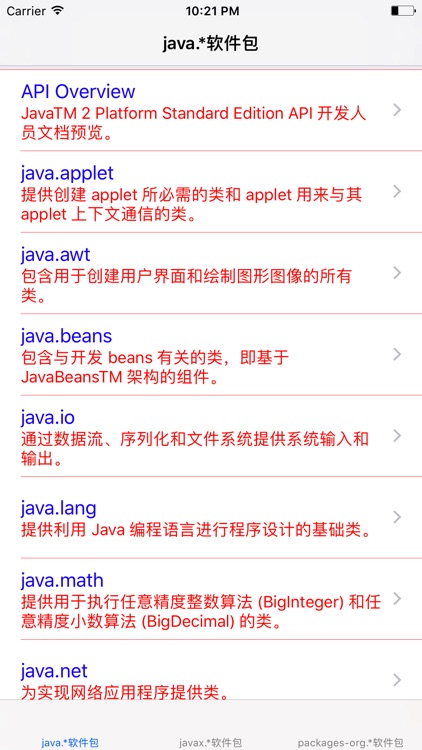 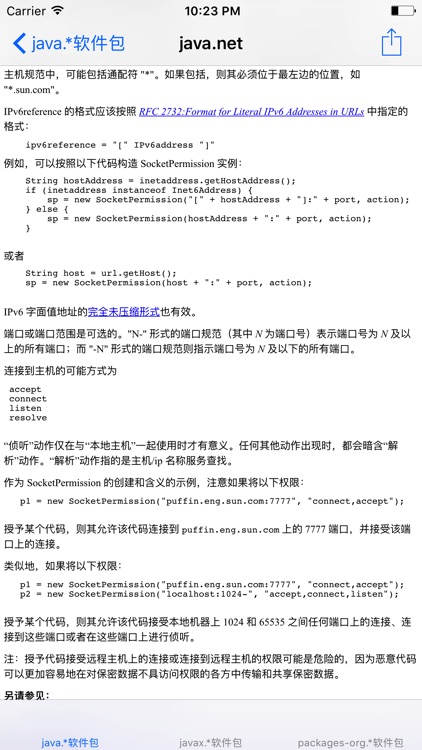 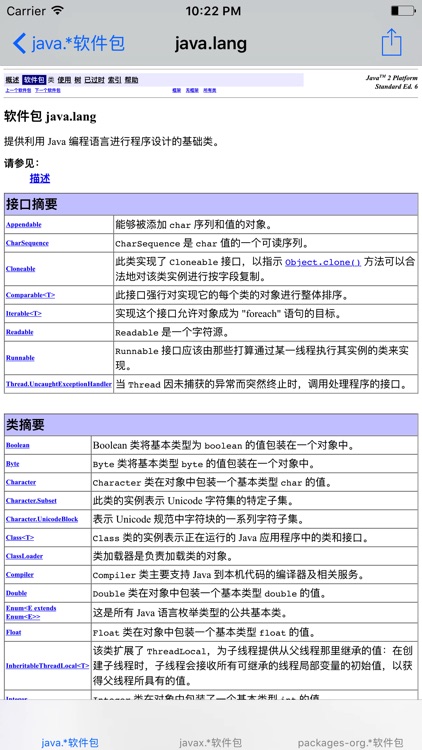 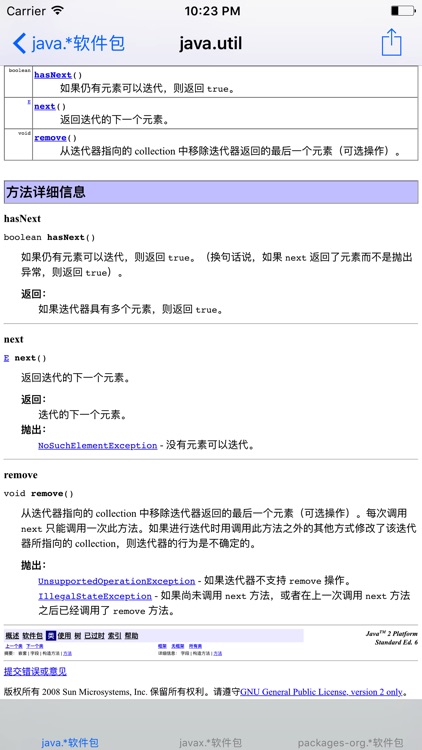 A simple Java doc viewer for Java 6.
This app provides the complete Java Platform, Standard Edition, version 6, for all iOS devices.
All of the contents of the API are available for offline browsing, by classes or packages.
You can also search for a specific package or class.
The Java Development Kit (JDK) is an implementation of either one of the Java Platform, Standard Edition; Java Platform, Enterprise Edition or Java Platform, Micro Edition platforms[1] released by Oracle Corporation in the form of a binary product aimed at Java developers on Solaris, Linux, Mac OS X or Windows. The JDK includes a private JVM and a few other resources to finish the development of a Java Application.[2] Since the introduction of the Java platform, it has been by far the most widely used Software Development Kit (SDK).[citation needed] On 17 November 2006, Sun announced that they would release it under the GNU General Public License (GPL), thus making it free software. This happened in large part on 8 May 2007, when Sun contributed the source code to the OpenJDK. 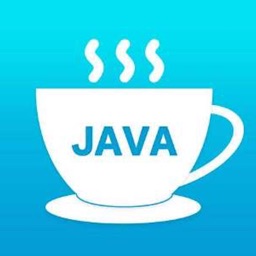 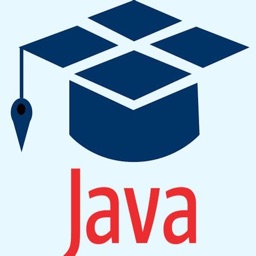 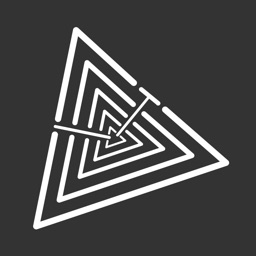 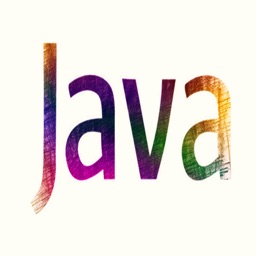 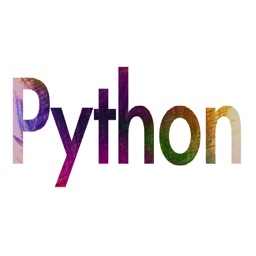