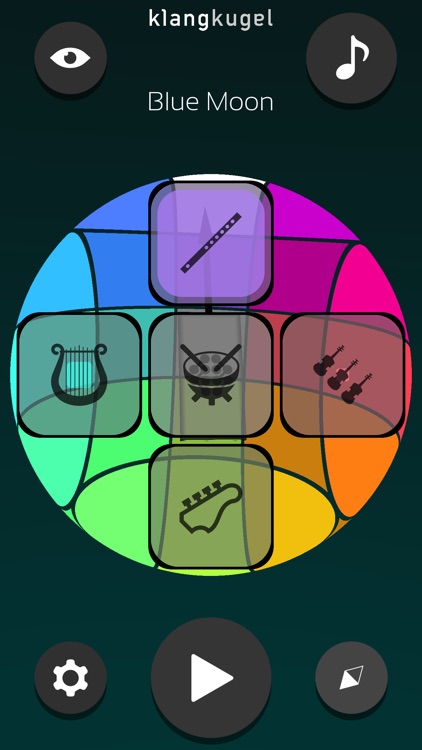 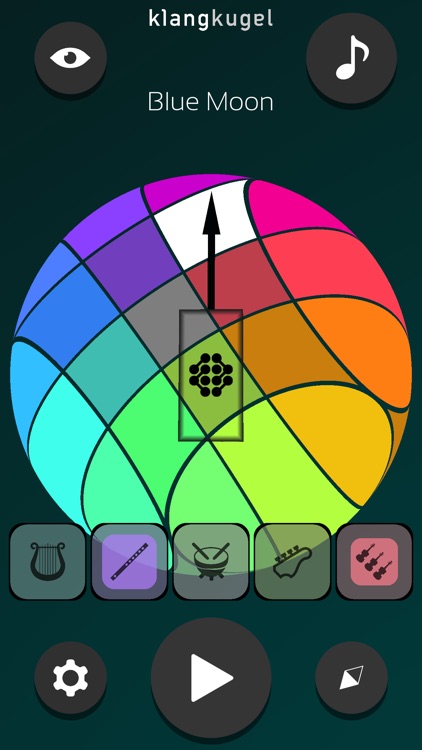 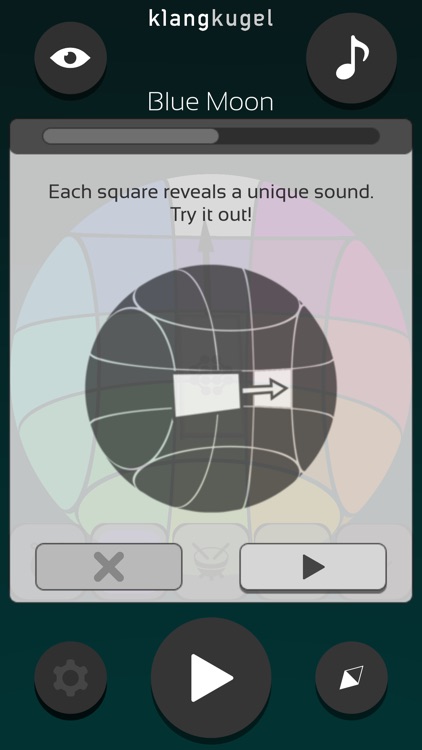 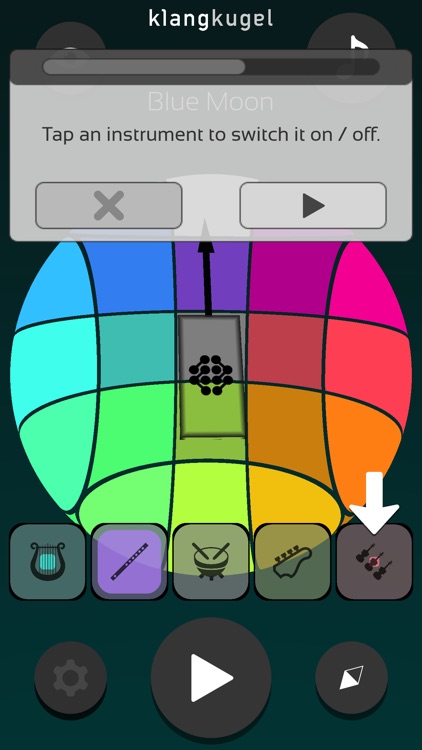 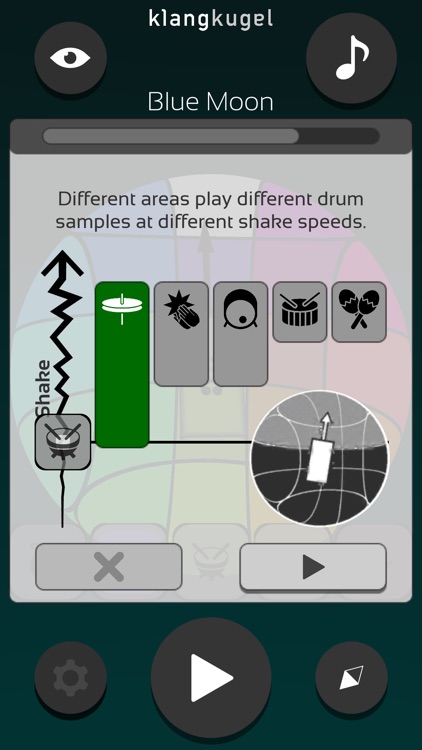 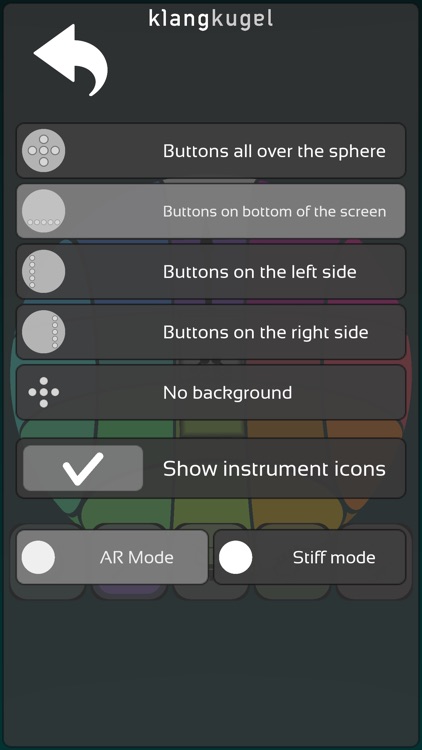 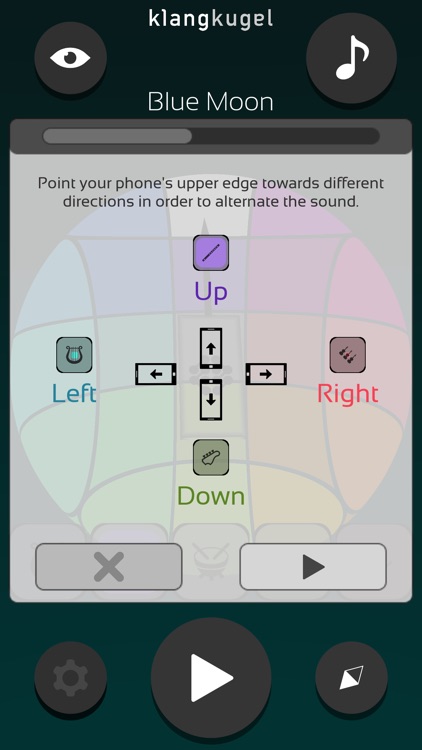 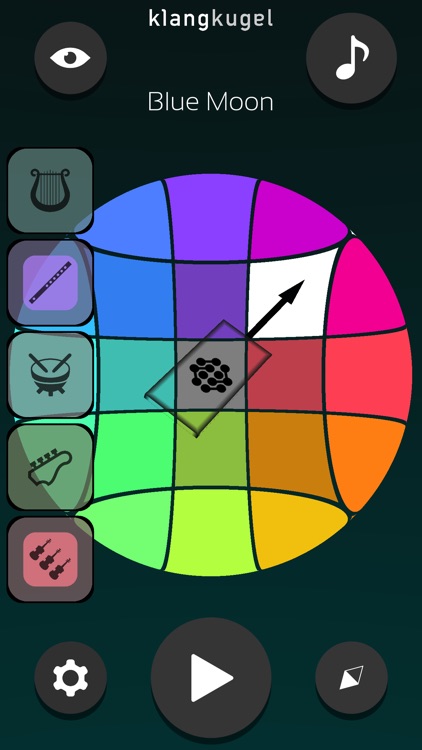 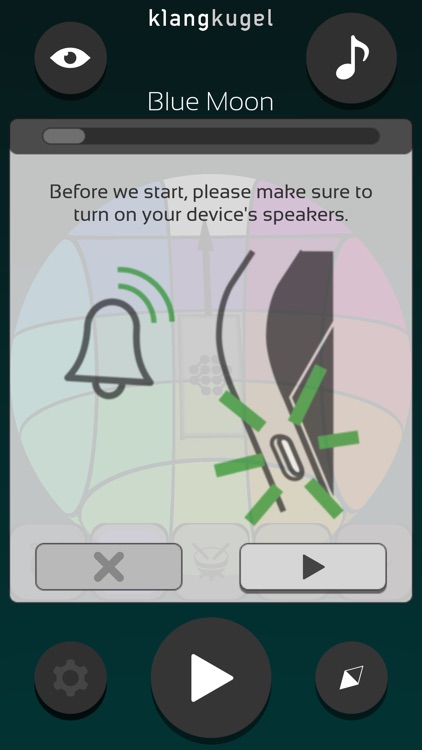 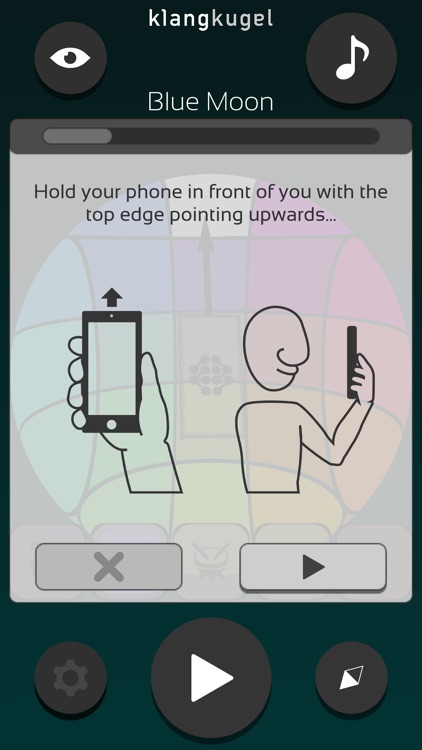 What happens when you are dancing?
The music makes you move.

What happens when you're dancing with klangKugel?
Your movements make the music move!

This APP is a revolutionary virtual music instrument. The iPhone's gyrosensor are used to detect your movements and the soundengine of the APP translates them into music - in real time.

Klangkugel not only motivates you to move, but also rewards your musical behavior.
This is a playful way to learn how to move rhythmically- and consciously.
Tactful moves create the best grooves.

You can play and enjoy klangKugel in everyday situations, like waiting for the bus. Also you can easily integrate movement sequences that you're already performing, like walking, dancing, yoga, tai chi, and others.

All you should know is how the "klangKugel" works:
Imagine a long side of your IPhone as a pointer, with which you can point up, down, right and left.
These four directions correspond with four instrumental areas:

The closer you get to one of these "sound poles" by aligning your IPhone, the more the corresponding instrument emerges. In addition, all instruments respond to your movement speed in terms of sound and playing behavior. When you move faster, the music also moves faster.

The drums, beeing the fifth instrument, are played exclusively by faster movements.
Slow movements have no effect at all here.
With a middle, steady motion you play the hihats.
Kick and snare drum are played with accelerated movements.
Tip: Imagine hitting a small drum with your Iphone in the tempo of the music

(Note that acceleration and deceleration are treated equally.
Also, accelerating in different directions causes no difference within music control.
It's just about the absolute impulse you give your phone.)

The graphical interface on the touch screen is intended primarily for initial orientation.
Once you are performing, a constant comparison with the screen is not favorable, as it would always interrupt your movements. Nevertheless, the five different instruments can be switched on and off by touching the instrument buttons on the touchscreen.

In the menu "sound scapes" you can select between various interactive songs.
Each of these sound scapes has a specific tempo, its own tonality and musical idiosyncrasies.
Feel free to play and interpret them in your own, unique way - new again every time.

We want to develop klangKugel further, by integrating new features like multi player mode, dynamic instrument libraries and others. Also we're reaching out for musicians who like the idea of producing interactive versions of their songs or creating new soundscapes for Klangkugel.
Don't hesitate to contact us for projects and requests.

Have fun and move!

Tips to start:
- connect your iPhone with a headphone or speaker (recommended: wireless / bluetooth)
- Deactivate the screen saver or the key lock before starting the APP.
- Check out the tutorial to learn about controls and functions of the APP.
- Use the visualization of the sound ball (Klangkugel) to check your orientation.
- First try to move in the tempo of the music.
- Change faster movements with slow ones to create individual rhythms
- Try to perform regular "movement loops"
- Last but not least: We recommend that you put your Iphone in a suitable pocket and attach it to the inside of the wrist. Otherwise it can easily fall off when moving quickly. 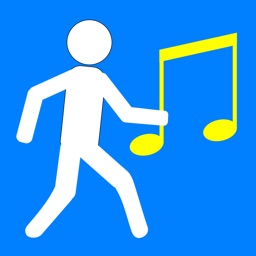 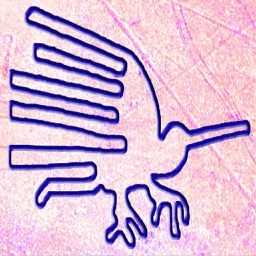 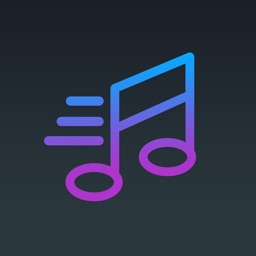 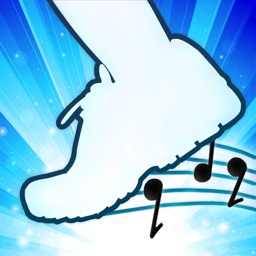 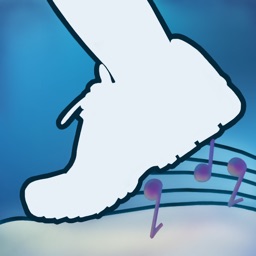 Resonant Technologies, LLC
Nothing found :(
Try something else