Tip. You can watch one episode for free. 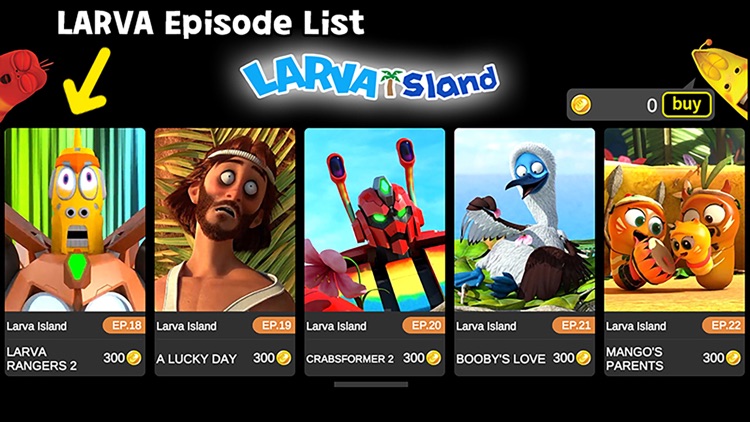 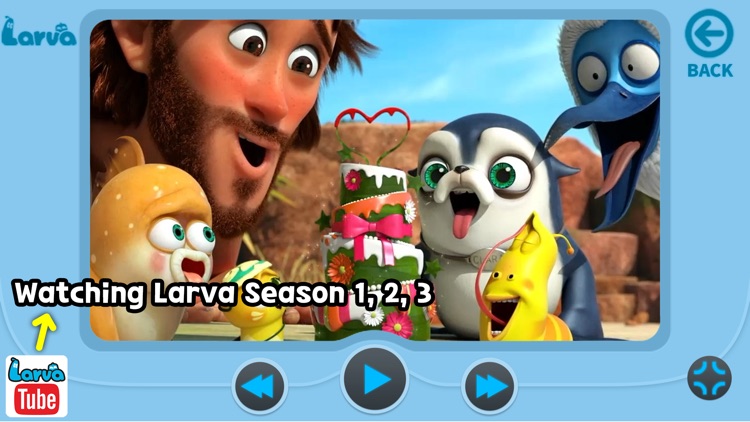 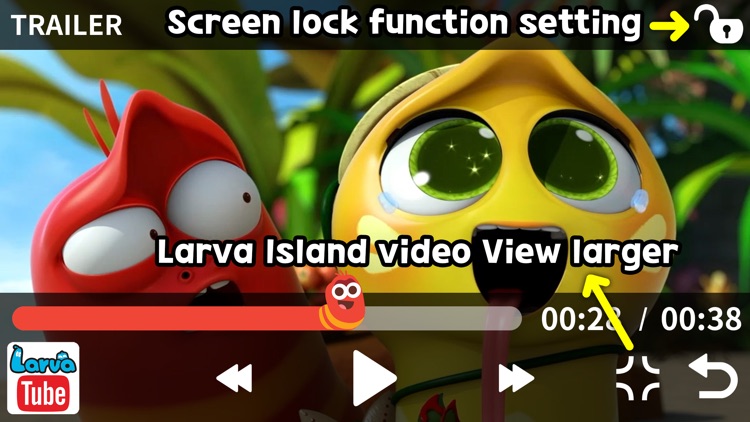 Tip. You can watch one episode for free.

- Scenario
Meet Red and Yellow who left New York and crash landed on an uninhabited island, and a variety of episodes made with new friends.

- Episode story summary
1. Maze
Red and Yellow are lost in a mysterious maze, where they're chased by a unicycle-riding monkey toy and a hungry fish.

2. Fire
Chuck tries to cook some delicious seafood, but Yellow keeps interfering because Red is trapped inside Chuck's fish!

3. Beach Volleyball
After losing a game of beach volleyball to the mudskippers, Red, Yellow and friends recruit a mentor to train them.

4. Larva Rangers 1
A city rat and his cronies -- including a hungry frog -- invade the island, forcing Red and Yellow to defend their home.

5. Larva Rangers 2
A battle royale rages with the big-city invaders on one side and Red, Yellow and their island allies on the other.

6. A Lucky Day
Fed up with Red and Yellow's antics, Chuck tries to set a trap and get rid of them forever.

7. Crabsformer 2
Crabsformer falls in love with a lady crab, but she and the island's other crabs are frightened by his powers.

8. Booby’s Love
Booby is lovestruck over an inflatable, rubber ducky-shaped inner tube, then mistakenly thinks it's laid an egg.

9. Mango’s Parents
When the island's volcano starts to erupt, Mango tries to remember the magical drum spell that her parents once used to stop it.

10. Iceberg
Just as the islanders are suffering from extreme summer heat, a rogue iceberg arrives to cool things off.

11. Storm
When a typhoon hits the island, Chuck and the other islanders get sucked up inside of it and must poke its "eye" to stop it.

12. Escape
The volcano erupts again, and a heroic Chuck springs into action. Can he get the islanders to safety?

13. Drift
Adrift on a raft, Chuck, Red, Yellow, Clara and Crabsformer pull together as a team -- until their raft breaks up.

▶Caution
Downloading the app may incur download data charges, so it is recommended to use it in an unlimited plan or WIFI environment. 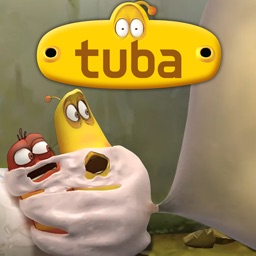 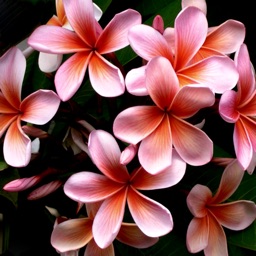 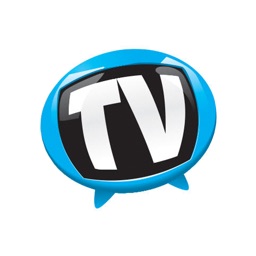 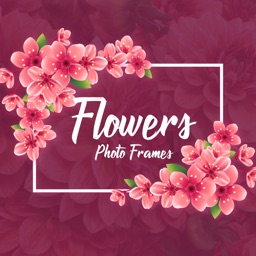 Suneel Gupta
Nothing found :(
Try something else