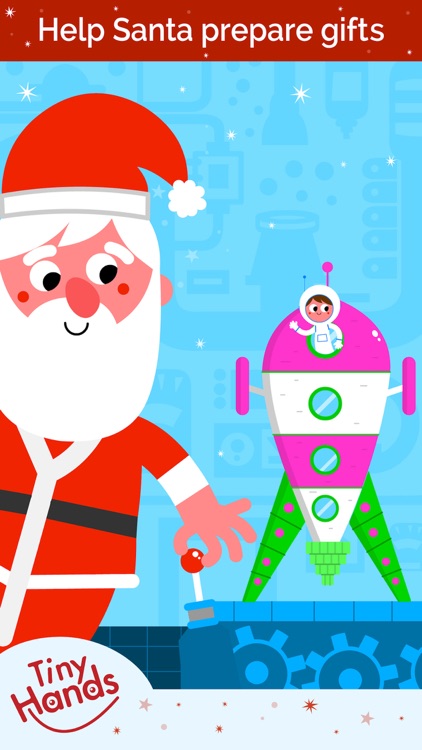 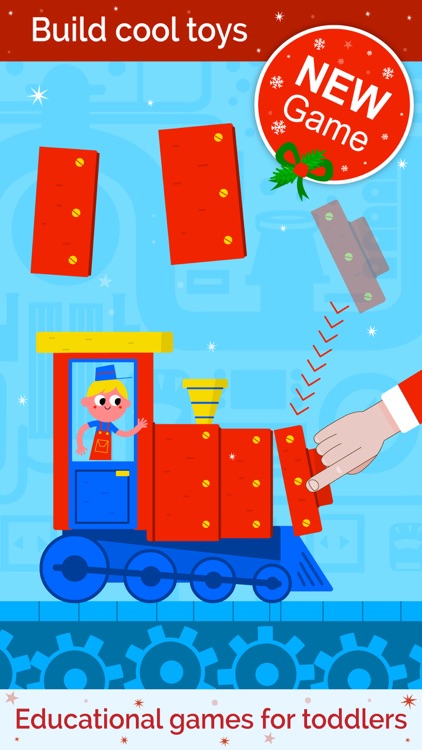 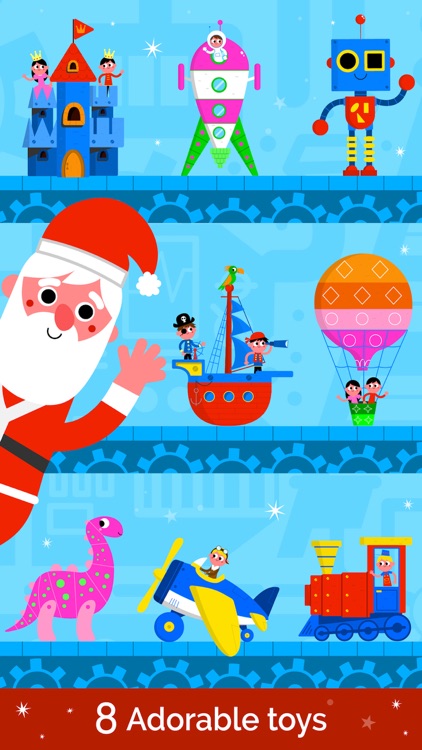 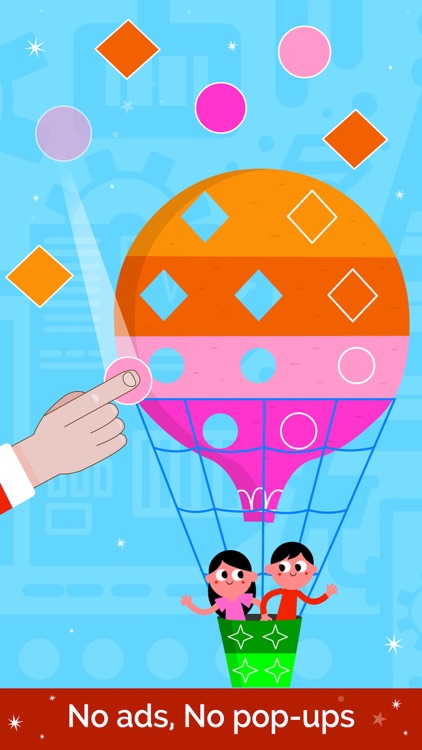 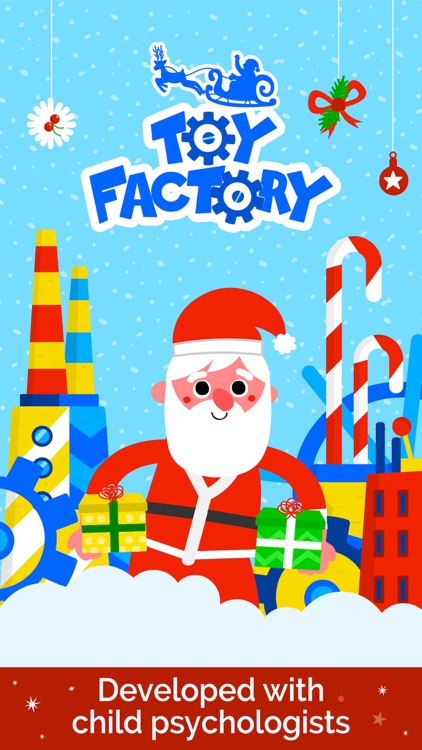 *** Fun educational Christmas Spirit game for toddlers of age 3 and up
*** SORT AND MATCH by shape, color, orientation, symmetry and much more
*** Developed with certified child psychologists
*** 8 beautiful mini-games

About the game:
-----------------
"Toy Factory" is an engaging educational game for children of age 3 and up.
Join Santa’s Christmas preparations in his magical Toy Factory up in the sky. While helping Santa build smart and fun gifts, your child will practice and advance VISUAL PERCEPTION concepts such as size, length, colors, orientation, symmetry, shapes and more. Experiencing Santa’s fun factory assembly line, gives your child the opportunity to acquire higher skills such as TASK PERSISTENCE and FOLLOWING STEPS.

Game Boards:
------------
The game consists of 8 engaging boards ordered in an ascending level of difficulty. The boards were CAREFULLY CHOSEN in order to practice and advance visual perception concepts, which promotes a solid foundation for recognising numbers and letters later on.

TinyHands Raccoon Tree House
This game is intended for toddlers aged 3+. The game presents 12 boards each focused on developing a set of basic concepts such as size, colors, numbers and patterns using everyday objects from the child's world such as clothes, food and many more. 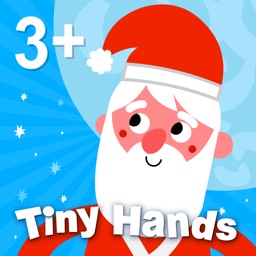 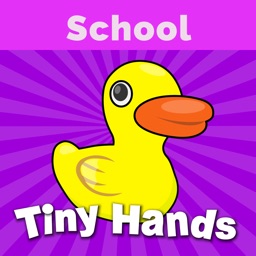 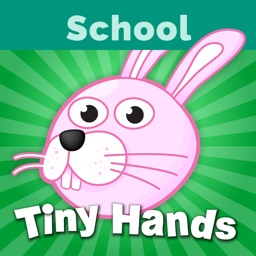 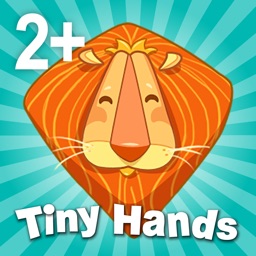 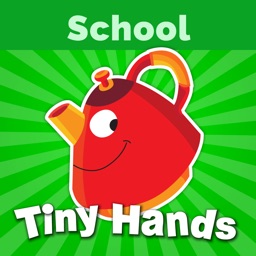