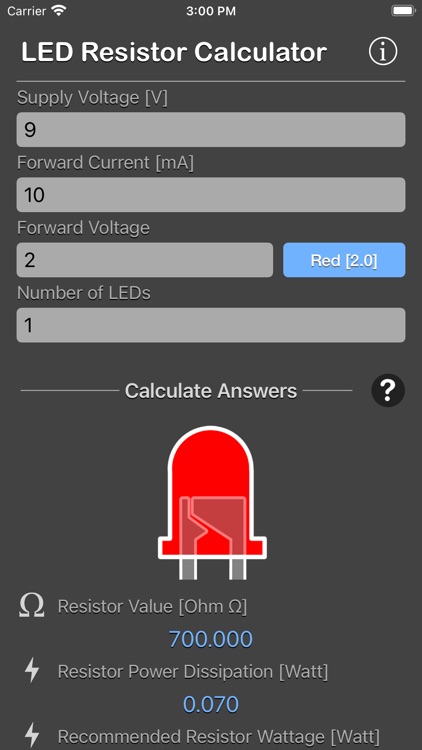 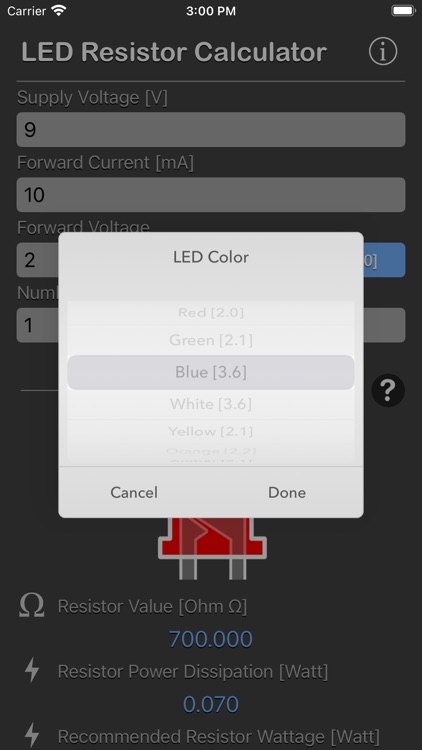 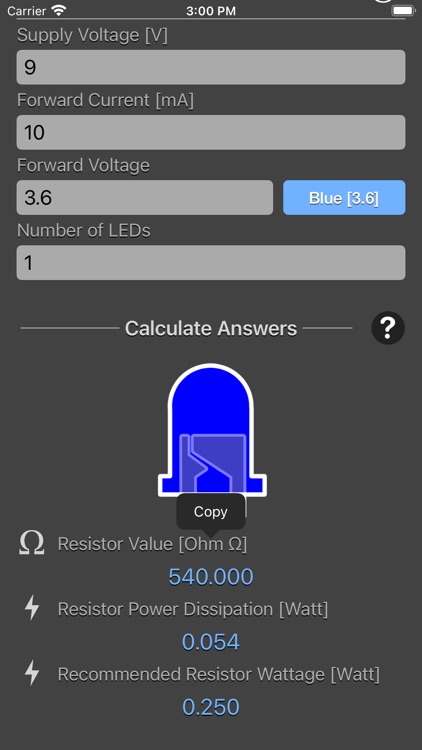 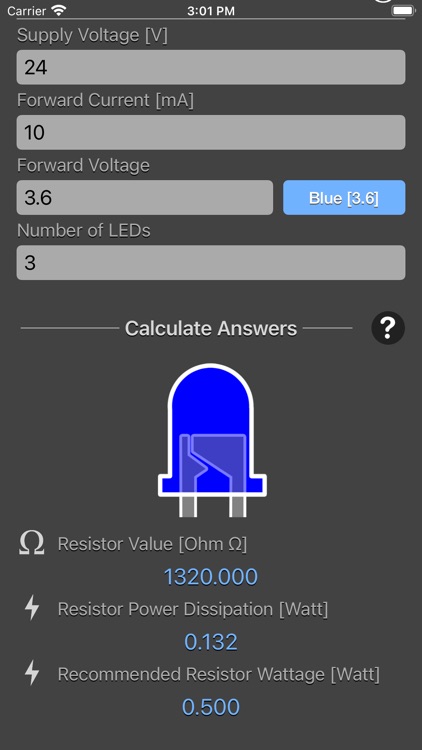 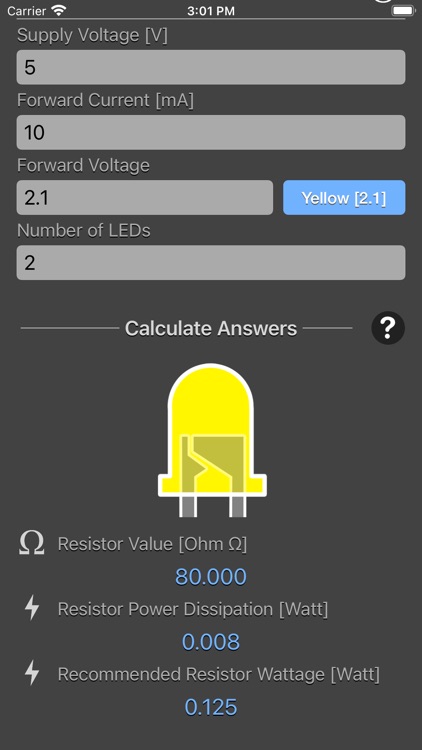 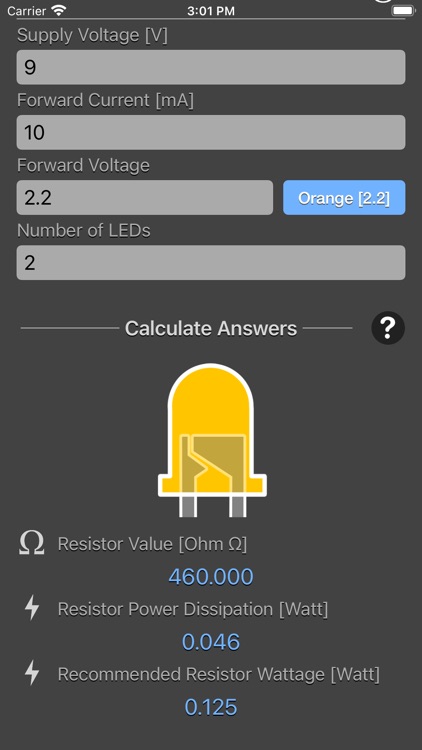 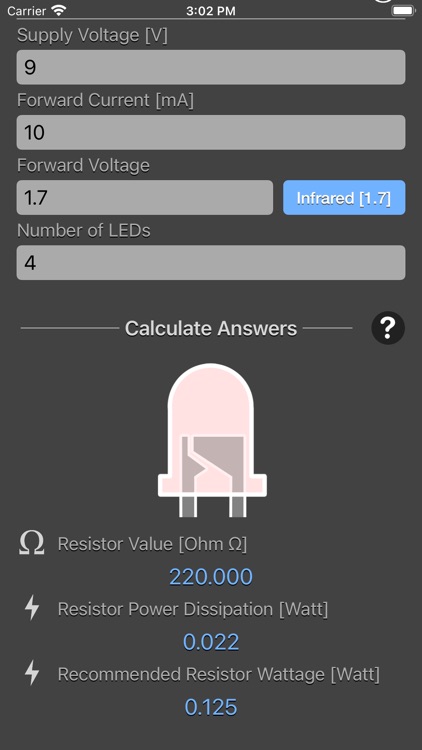 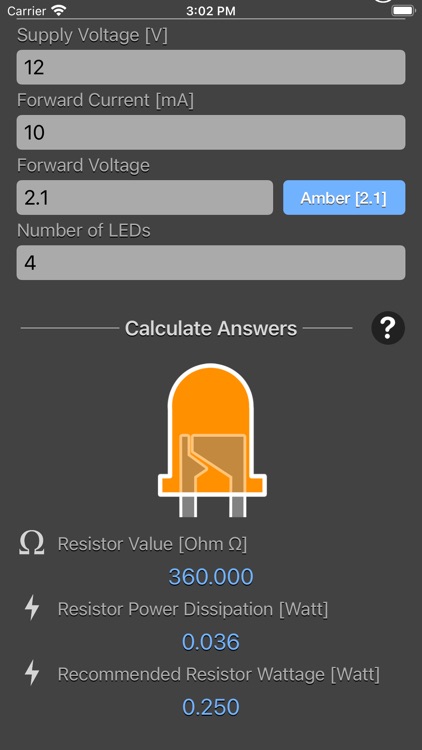 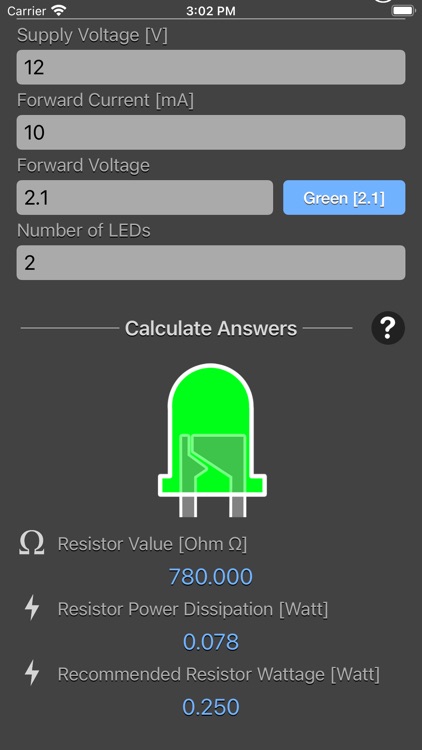 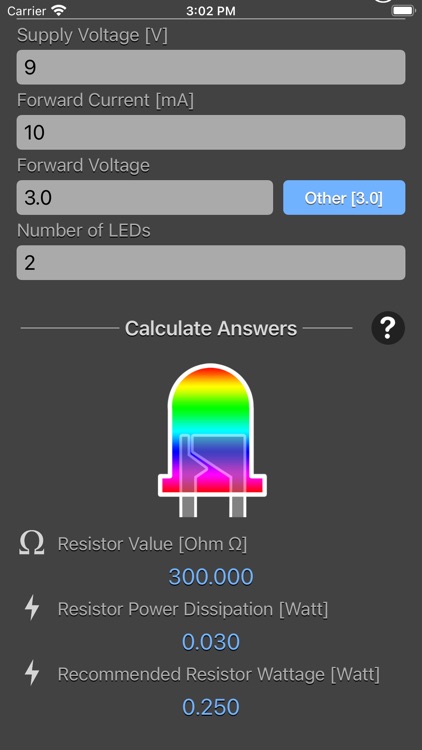 Every (LED) light emitting diode has a current that they can handle safely. Going beyond it maximum current will damage the LED. So limiting the current through the LED with the use of a series resistor is a common practice.

LED resistance calculator will help you determine the value of the resistor so you can add in series with the LED to limit the current. Just input the indicated values and the result will be calculate automatically. The result include Resistor Value, Resistor Power Dissipation and Recommended Resistor Wattage.

Where:
Vs - Supply Voltage
Vf - LED voltage drop. The voltage drop on a LED depends on the color it emits.
If- LED current. The usual operating range of common 3 mm and 5 mm LEDs is 10-30 milliamps.
Nled - Number of LEDs in series

A light-emitting diode (LED) is a two-lead semiconductor light source. It is a p–n junction diode that emits light when activated. When a suitable current is applied to the leads, electrons are able to recombine with electron holes within the device, releasing energy in the form of photons. This effect is called electroluminescence, and the color of the light (corresponding to the energy of the photon) is determined by the energy band gap of the semiconductor. LEDs are typically small (less than 1 mm2) and integrated optical components may be used to shape the radiation pattern.

Appearing as practical electronic components in 1962, the earliest LEDs emitted low-intensity infrared light. Infrared LEDs are still frequently used as transmitting elements in remote-control circuits, such as those in remote controls for a wide variety of consumer electronics. The first visible-light LEDs were of low intensity and limited to red. Modern LEDs are available across the visible, ultraviolet, and infrared wavelengths, with very high brightness.

* This method is not recommended for high current LEDs, which need a more reliable switching current regulator. 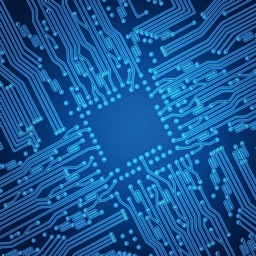 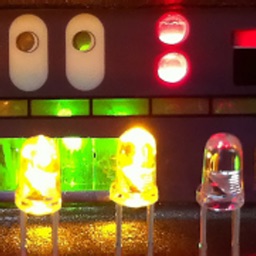 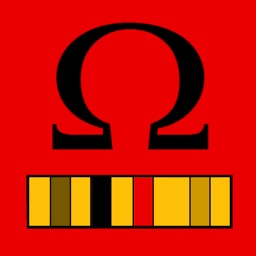 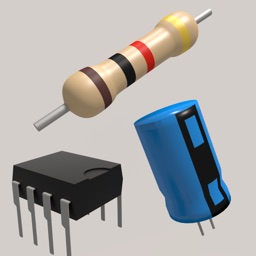 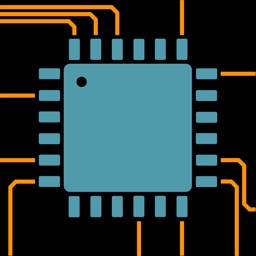 Dennis O
Nothing found :(
Try something else