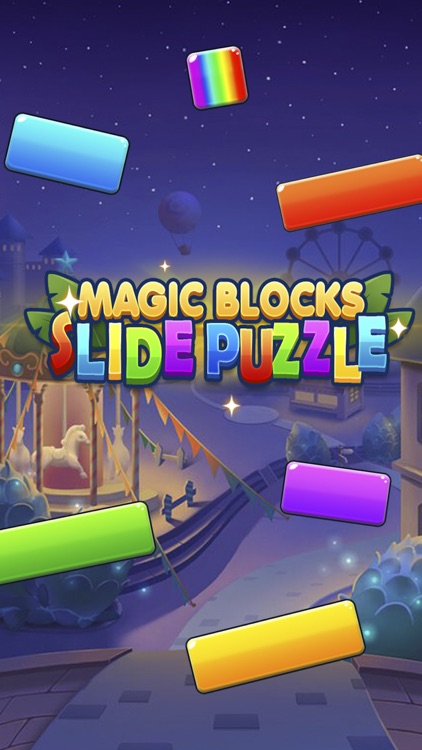 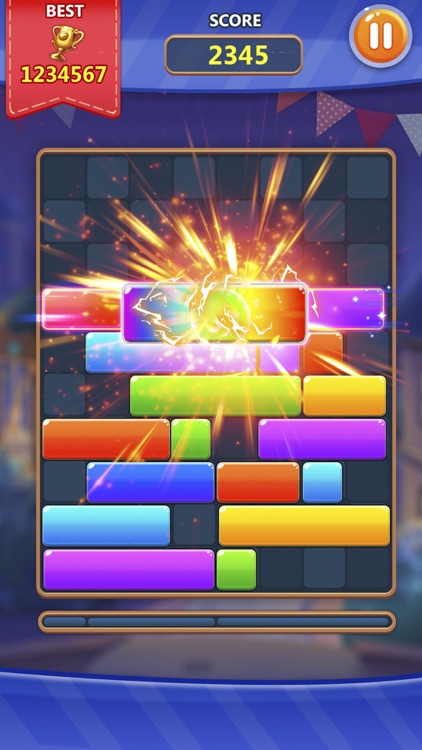 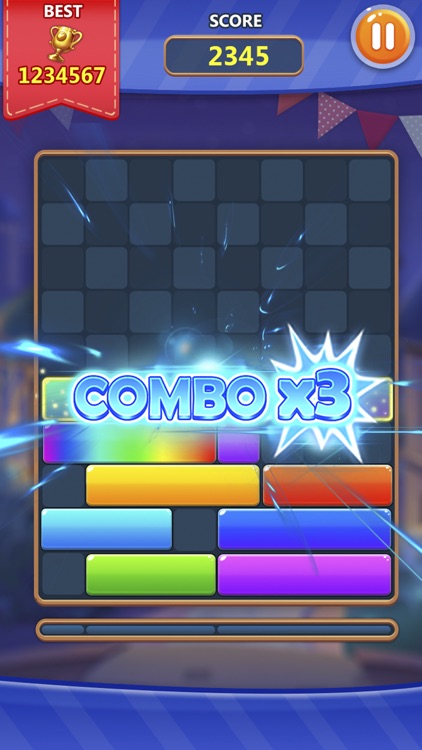 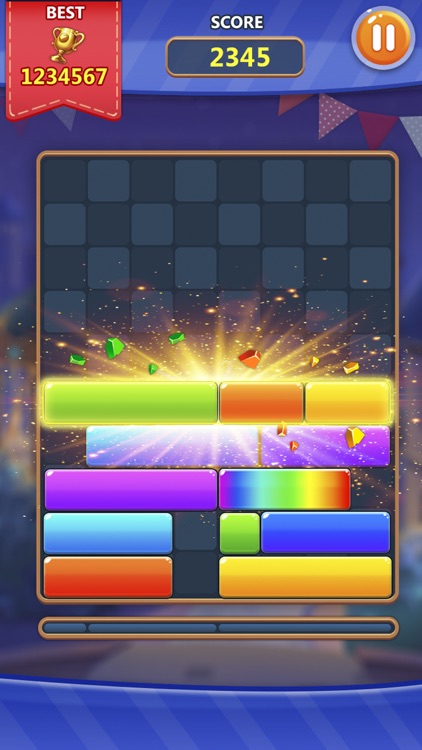 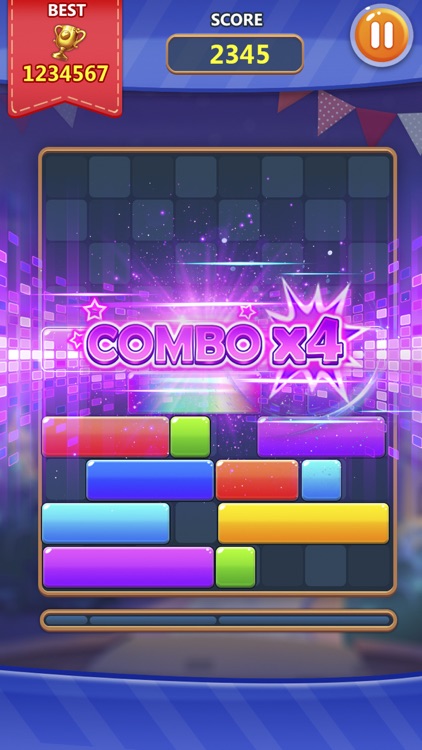 This is a trending puzzle game recently, a really good puzzle game in recent years. The game’s rule is very simple. Magic Blocks with colorful blocks are being pushed up from the bottom. You need to move one block horizontally to the left or right, if there is a space under it, the magic blow will drop down. While it's falling down to the color block beneath, if they form a solid row (a row without empty space), the row will be exploded and you score up. Some special magic blocks are called Rainbow blocks. When they explode, they will make other color blocks close to its edge exploding together. That's all the rule of this game Magic Blocks: Slide Puzzle. Quite simple, right!

But it's not easy to master. Magic Blocks - a falling puzzle game with color jewel blocks - is not easy to get high score. The gem are being pushed continuously from the bottom, and more hard blocks appear. You need to make right decision to slide the jewel blocks to left or right. Where could make a big combo jewel blast ? Slide block to where so all gem crush and clear the stage ? Do you want to be a master of this game - Magic Blocks: Slide Puzzle?


Are you ready to be master with Magic Blocks: Slide Puzzle ? Download it now! 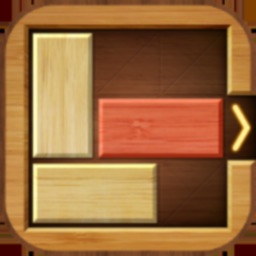 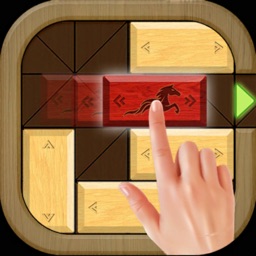 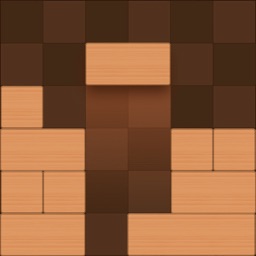 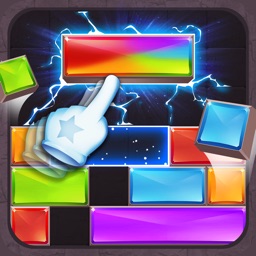 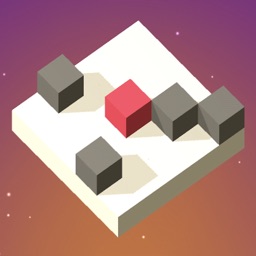 Hubert Jolly
Nothing found :(
Try something else