Spawn of Chaos have invaded the Kingdom. Fear and desolation reign everywhere. Only the chosen one can stop the forces of darkness. And the chosen one is you! 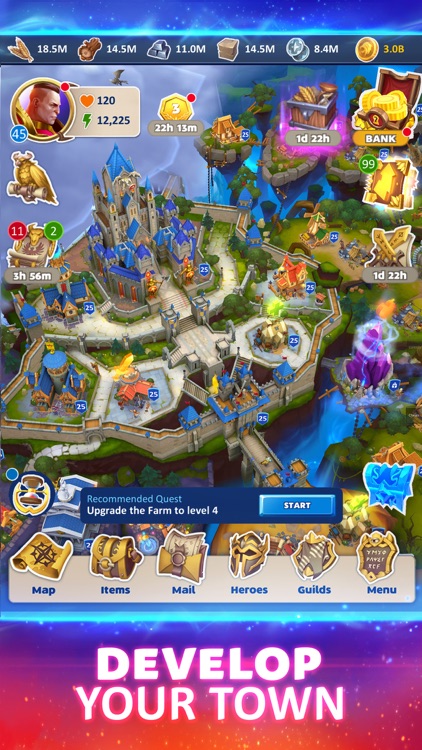 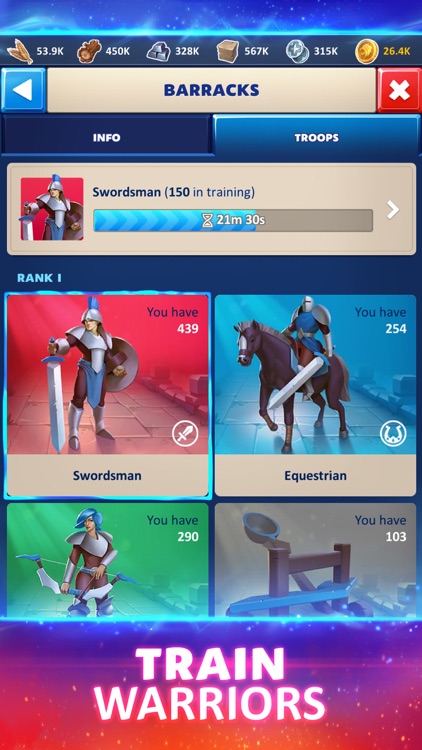 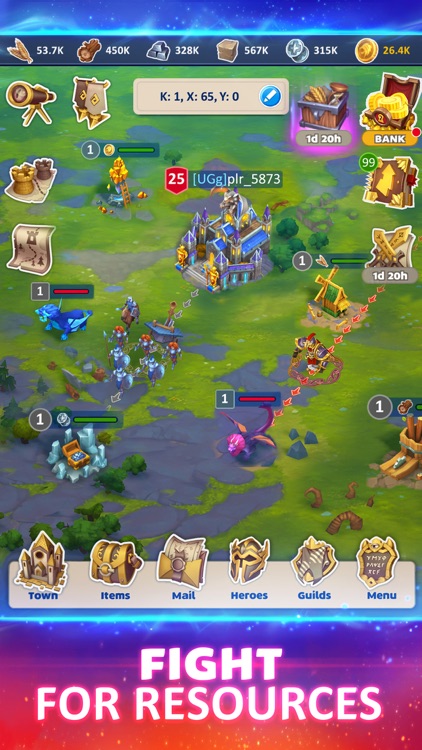 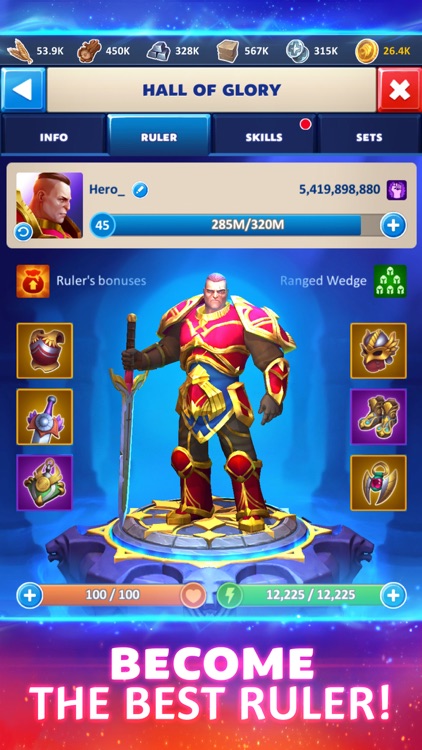 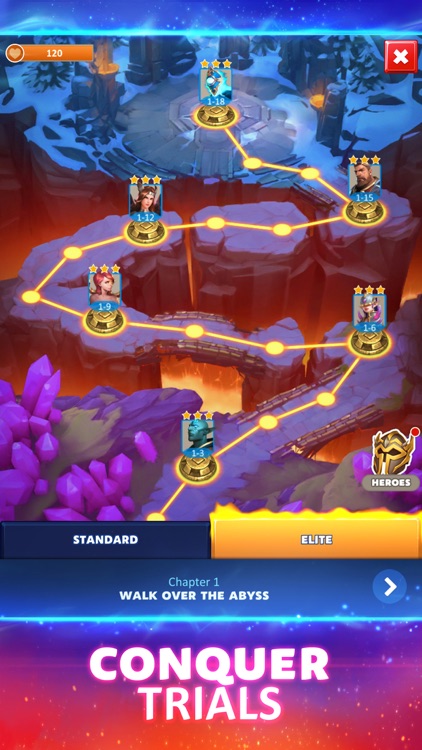 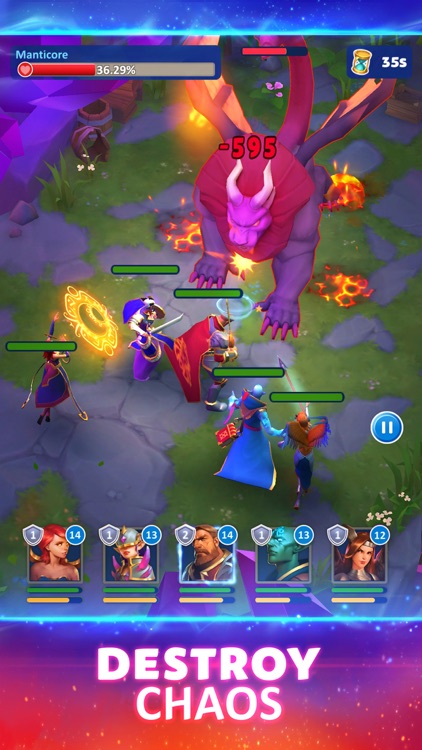 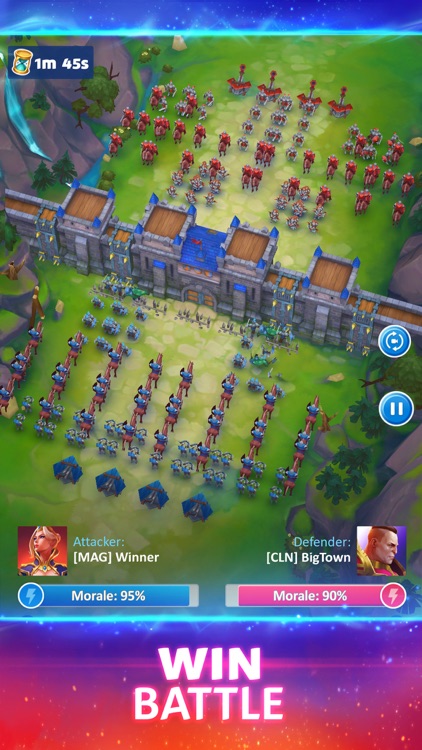 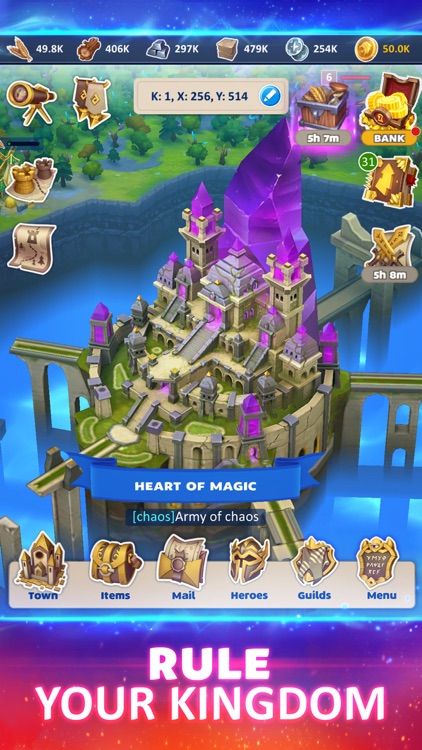 Spawn of Chaos have invaded the Kingdom. Fear and desolation reign everywhere. Only the chosen one can stop the forces of darkness. And the chosen one is you!

Save the Kingdom by entering a fierce battle with Chaos. Legendary Heroes will stand by your side. Send them on trials to overcome dangerous bosses and find a way to stop the invasion of darkness.

Become the Ruler of a town and protect it from enemy attacks. Improve your strategies to crush your opponents. It's not just a game, after all. It's a battle only the strongest can win.

Download Magic Wars: Army of Chaos and take power into your hands!

STRATEGY GAMEPLAY
Elaborate strategies and clever tactics are the keys to success. Upgrade your skills. Decide which troop types to develop and how to fortify your land's defenses. At the forge, craft equipment that will improve your stats.

ECONOMIC SOLUTIONS
You will free your town from the forces of Chaos and lead it to prosperity: establish trade, produce resources, make scientific advances. As the economy of your domain recovers, you are one step closer to victory.

TEAM GAME
In the world of Magic Wars: Army of Chaos, the struggle for power never ends. Find brothers in arms and strike up alliances with them to fight a common enemy. This is a war for all!

EPIC PVP BATTLES
You are in for legendary battles with real players from all over the world. Choose any strategy: plan your campaign based on scouting reports, attack whoever you want, set sophisticated traps… Raise an invincible army—and attack!

BREATHTAKING PVE TRIALS
Accompany your heroes on trials! Fight fearsome bosses and claim rewards for destroying them. As you complete the trials, you can get the new heroes you save from the forces of darkness to join you.

UNIQUE CHARACTERS
Upgrade your heroes and equip them with various trophies. They are, after all, key figures that can attack Spawn of Chaos and complete trials. Your heroes' progress depends on you! Just like in classic MMORPGs!

EXCITING BATTLE SYSTEM
You don't just observe the heroes as they fight, you can influence the outcome. It's up to you when the heroes use their abilities and who will be their target. Lead them to victory.

STUNNINGLY VIVID GRAPHICS
Detailed animation, beautiful art, and 3D models of the highest quality will be sure to impress you. 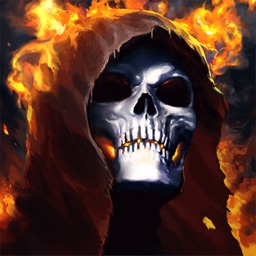 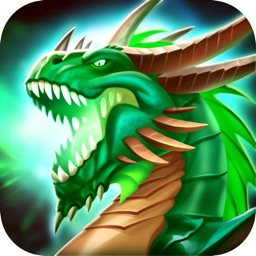 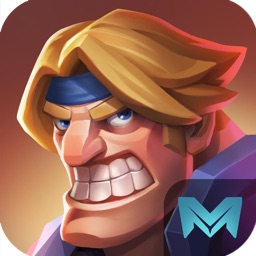 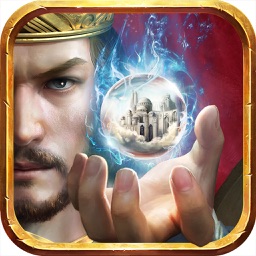 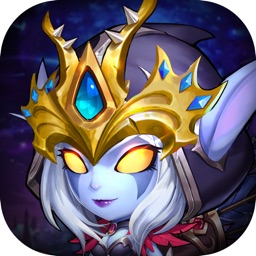