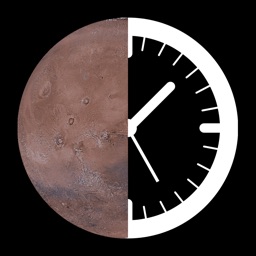 If you want to know what time is it on Mars...this is the best APP for you. 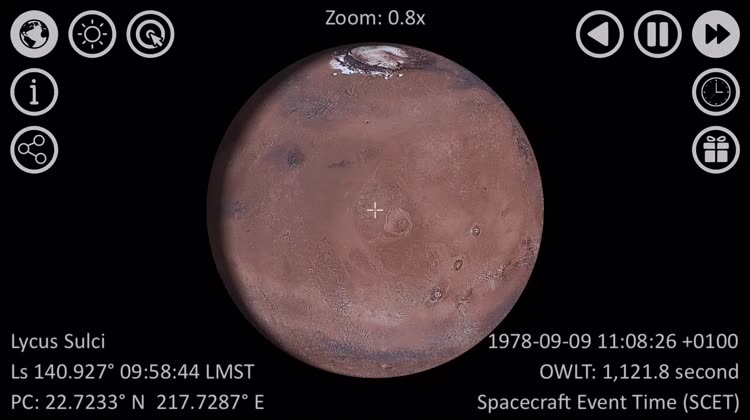 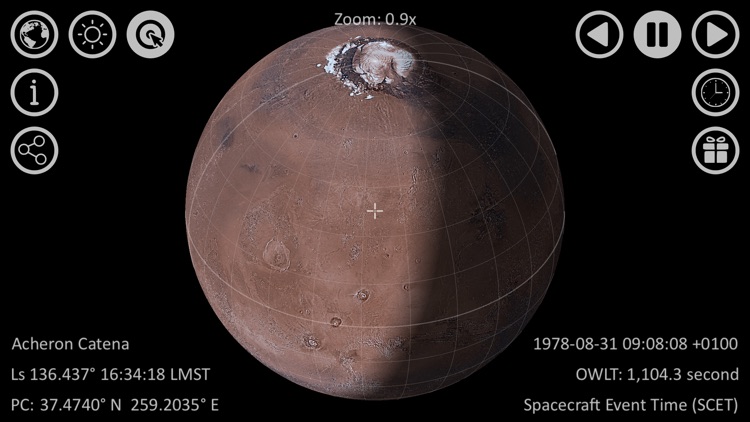 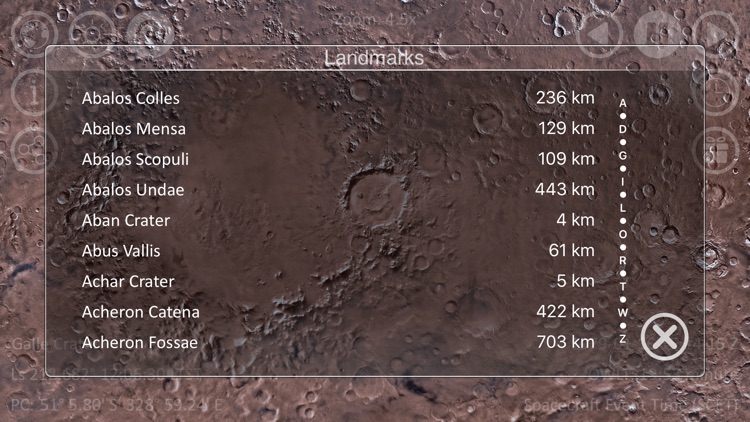 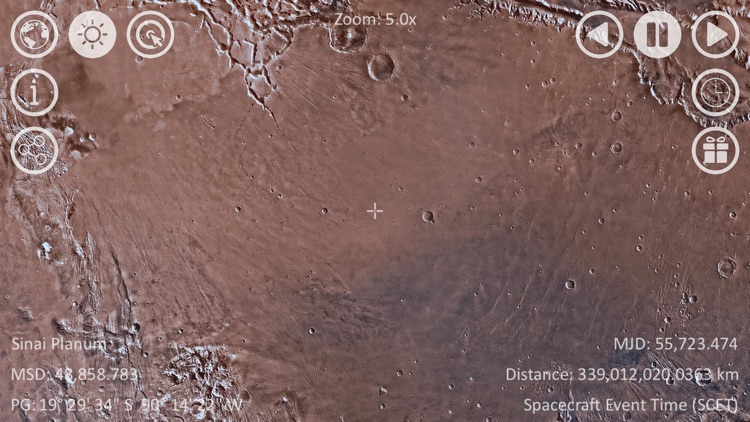 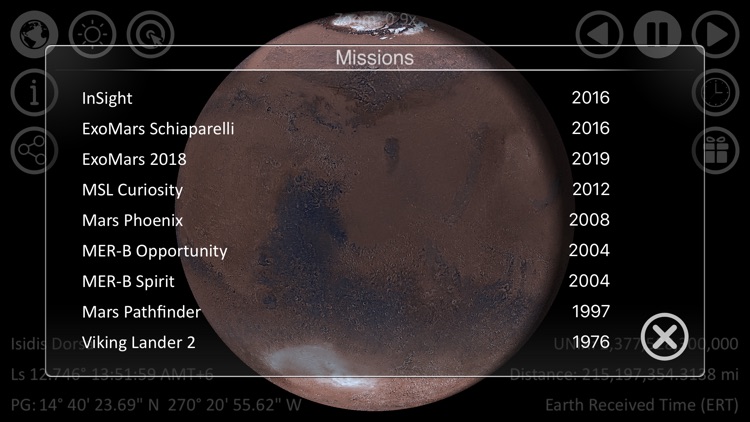 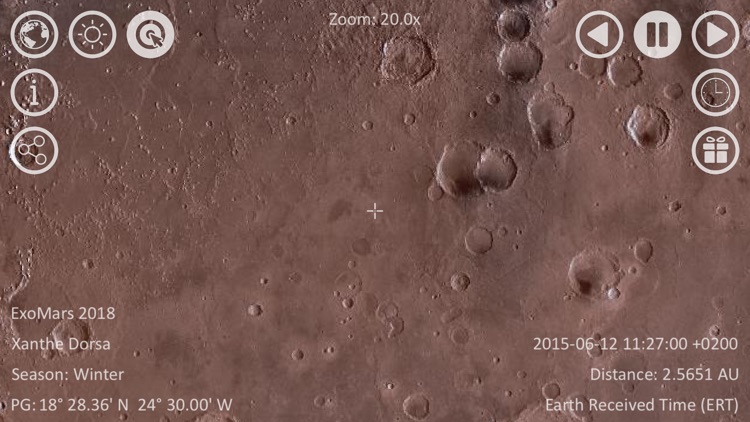 If you want to know what time is it on Mars...this is the best APP for you.

Mars: Time APP precisely calculates the exact positions of the Earth and Mars in our Solar System and draws the shadowed Mars globe from one of three viewpoints:

Subsolar point. It is a point on the Mars where the Sun is perceived to be directly overhead (in zenith). This also means the point closest to the Sun.

Sub-Earth point. Similarly, this point is the location on the surface of the Mars where a particular point on the Earth is directly overhead.

Custom map center. You can freely select a map center by tapping on the globe or simply drag it from one point to another.

If you choose either subsolar or sub-Earth point, the application automatically rotates the globe according to the rotation and orbital movements of the planets.

There are 1800 searchable named surface features in this APP. When you change the map center the APP searches and displays the name of the positioned landmark.

You can change the local time format of the centered surface feature by tapping on the time label.

Local True Solar Time (LTST) is based on the apparent motion of the actual Sun and it can be crudely measured by a sundial.

Local Mean Solar Time (LMST) is the hour angle of the mean Sun plus 12 hours.

The local solar time using a 24-hour Mars clock on which the hours, minutes and seconds are 2.7% longer than their standard (Earth) duration.

On Earth, astronomers often use Modified Julian Dates (MJD) – a simple sequential count of days – for timekeeping purposes. A proposed counterpart on Mars is the Mars Sol Date (MSD), which is a running count of sols since December 29, 1873.

The apparent seasonal advance of the Sun at Mars is commonly measured in terms of the areocentric longitude Ls, as referred to the planet's vernal equinox.

The time of the observation is either real-time or virtual time. Tap on the clock icon for real-time display. Use the pause, play or rev.play icons to pause or accelerate the time in forward or reward direction.

OWLT (One-Way Light Time) is the elapsed time it takes for light (or radio signals) to travel between the Earth and the Mars.

Spacecraft Event Time (SCET) is the spacecraft-local time for events that happen at the Mars.

Earth-Received Time (ERT) is equal to the SCET plus the OWLT.

Planetocentric (PC) longitude is measured from 0°–360° East around the equator of the body from a prime meridian.

Planetographic (PG) longitude was measured from 0°–360° West and used coordinates mapped onto the surface.

Available in 32 languages with automatic and manual language switching capability.

Find the named landmarks on Mars with Spotlight search on the Home Screen.

Todays widget in the Notification Center shows the actual side and shadow of Mars in sub-Earth point. You can tap the labels to change display formats.

The navigation icons are optimized for Classic, Retina and Retina HD resolution giving the best user experience from iPhone 4 to iPad Pro. The app uses the Slicing and Bitcode from App Thinning features.

You can synchronize your iOS devices with iCloud for sharing coordinates, display formats and time modes between devices.

Share the globe image or the time and coordinate values in text or Google Earth format.

Please visit the official YouTube channel to watch the user guides, tips and tricks and more... 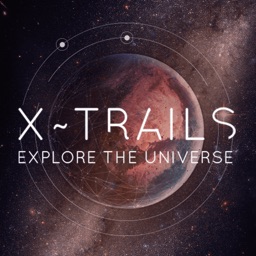 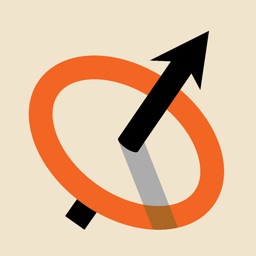 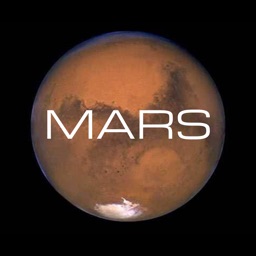 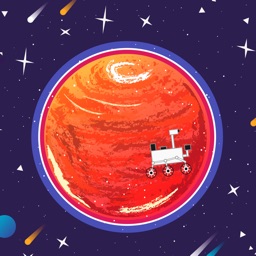 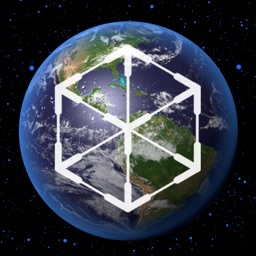 Lillian Brown
Nothing found :(
Try something else