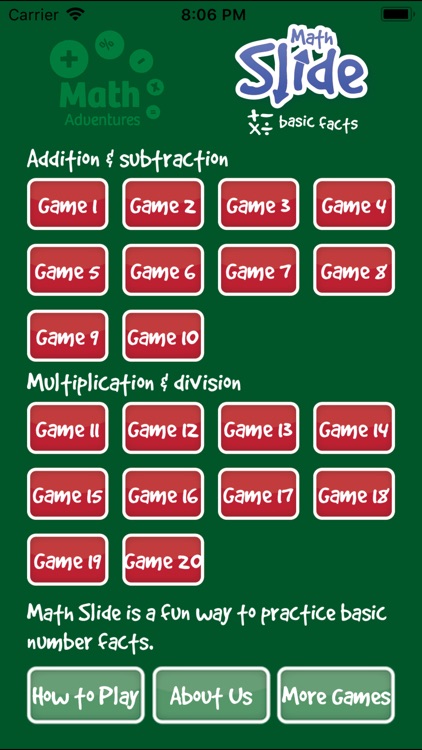 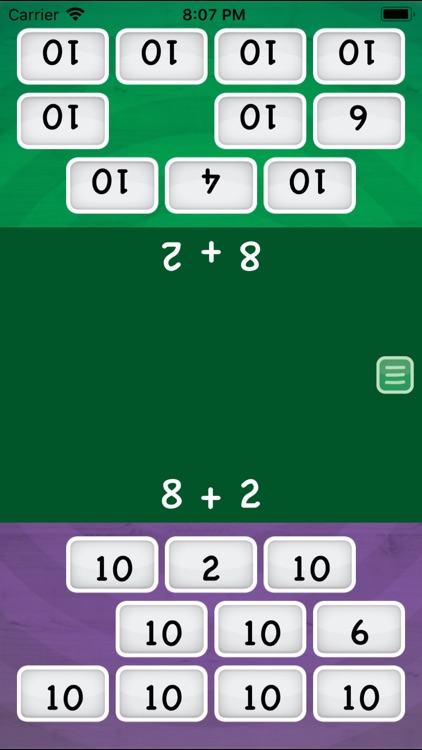 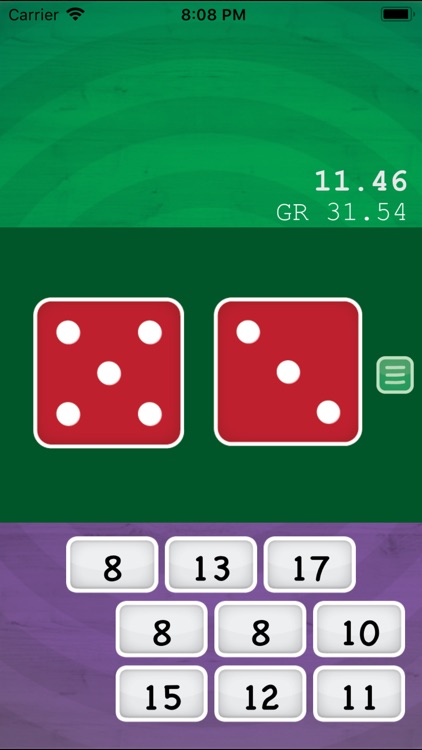 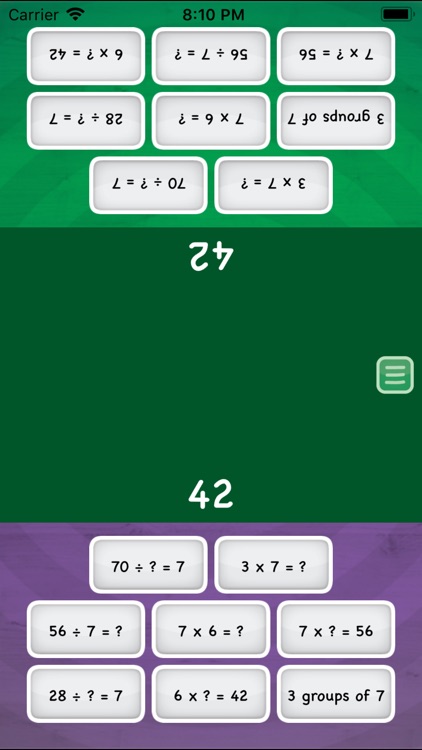 Players learn the basic facts by sliding tiles into the center to match an answer, equation or image. The player who slides their tiles first wins. To progress and succeed at math children need to be able to quickly and easily recall number facts. Math slide is a fun way to practice this key skill.

Features
• Multiplayer game, suitable for one, two, three or four players
• 20 games all focused on basic facts
• Each game is a little harder than the previous game
• The app focuses on critical math concepts vital for success

How to Play
1. Select a game to play
2. Players join the game by clicking on ‘Join’
3. Click ‘Start Game’, wait for the count down, and play
4. Slide a tile into the center to match, first tile into the center wins
5. The first player to use all their tiles wins the game

Math Adventures is a New Zealand company helping children learn mathematics. We develop apps that focus on the key concepts that need to be fully understood to progress and succeed in mathematics. Our apps range from learning to count up to understanding and using fractions and decimals, with each app focusing on one key concept.

We believe:
• Everyone can learn mathematics
• Playing educationally rich games and apps improves understanding
• Learning math should be fun and exciting, a rewarding adventure

Our growing variety of apps is research based and classroom tested to make sure they help children learn.

Math Slide is part of our ‘play and learn’ series, which are games high in educational value where children learn as they play. We are also currently developing ‘learning’ apps which use the power of the iPad to help children understand and learn key math concepts and to unravel misunderstandings. 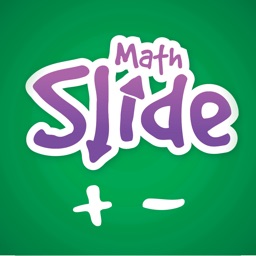 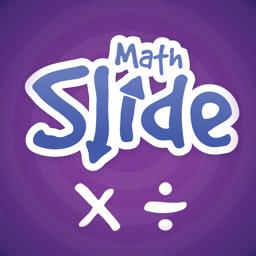 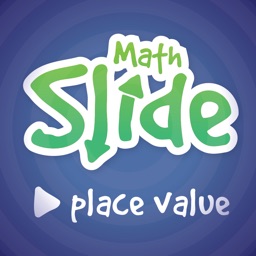 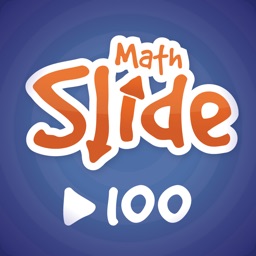 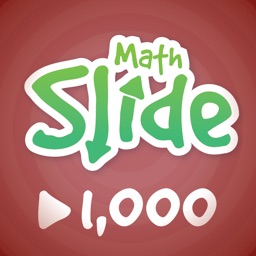 Math Adventures
Nothing found :(
Try something else