MeatPossible: Chapter 1.5 is the fast-paced, intense, endless side-scrolling flyer action arcade game of 2018 which depicts the tragical events taking place in the outskirts of Epicton Kingdom. Fight in this epic aerial adventure against the Pigs and the Flies as you bring back peace to your Kingdom. It's one of the best arcade pixel art game 2018 available in Apple App store. 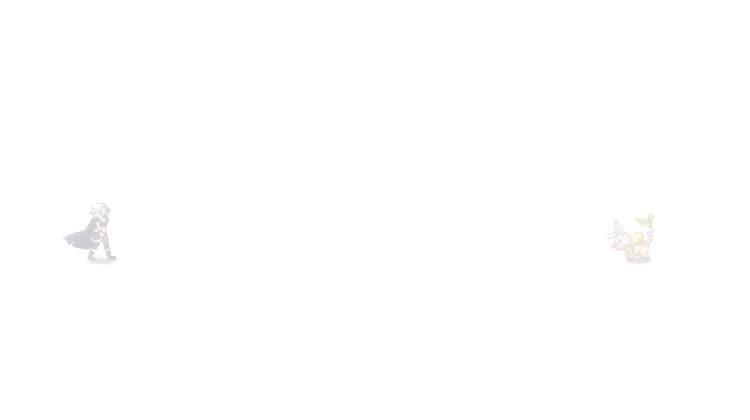 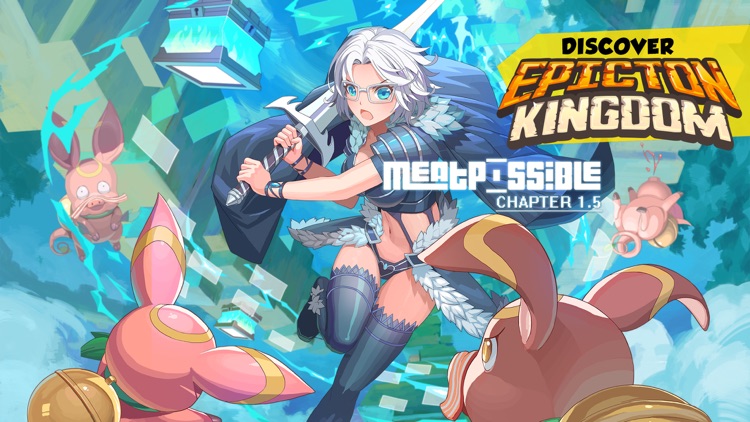 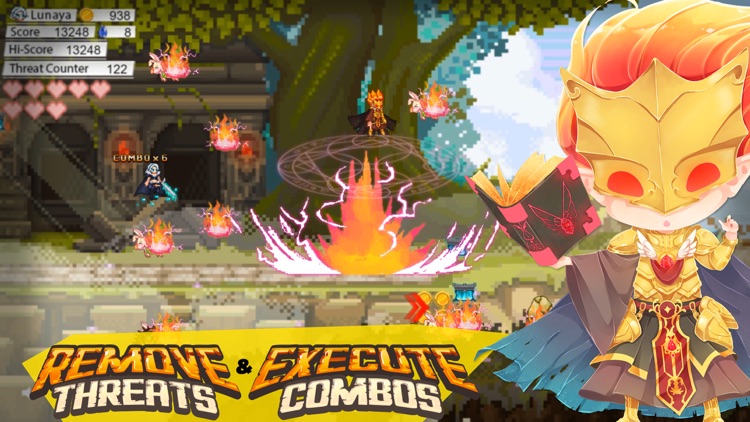 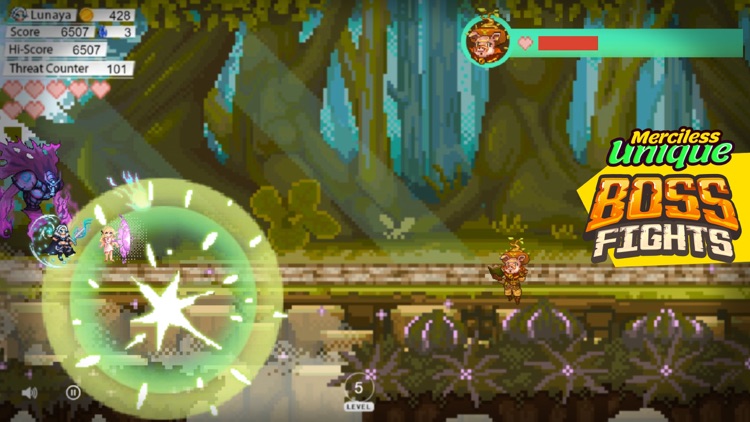 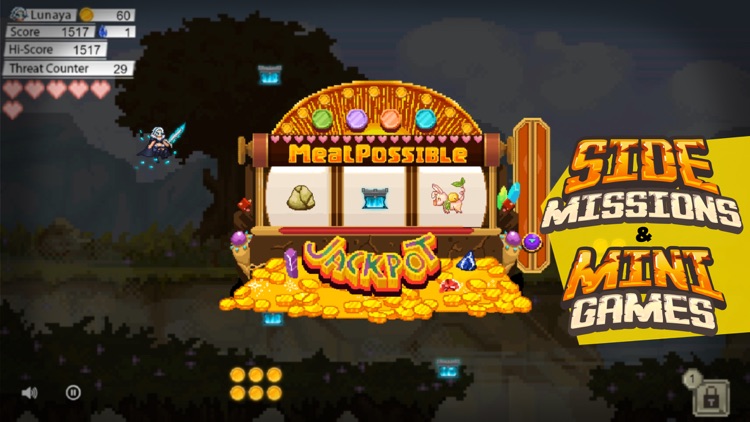 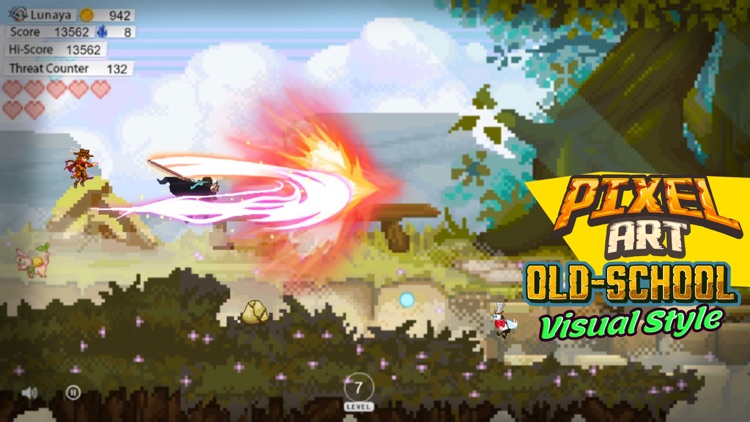 MeatPossible: Chapter 1.5 is the fast-paced, intense, endless side-scrolling flyer action arcade game of 2018 which depicts the tragical events taking place in the outskirts of Epicton Kingdom. Fight in this epic aerial adventure against the Pigs and the Flies as you bring back peace to your Kingdom. It's one of the best arcade pixel art game 2018 available in Apple App store.

Sadly, the Epicton Kingdom, which had lived in peace for hundreds of years, is currently being sieged by the Pig’s tribe, who have brought their cooks, the Flies, along for the battle. The suburbs of Epicton Kingdom are widely renowned as the first defense line, and now it’s in danger.

As part of an elite team of hopeful heroes, play as Lunaya, the naturally talented Knight Captain of Epicton Kingdom, who is in charge of a battalion of knights and supervises several lieutenants under her command. Highly loyal, Lunaya is also extremely proud and takes her position very seriously.

As the Knight-Captain of Epicton Kingdom, Lunaya is very levelheaded as well. She takes orders given by the Kingdom as absolute and top priority. She believes it is the duty of the strong to protect the weak too. She is an impeccable beauty, wearing glasses and light leather armor with fluffy fur. In combat, her equipment does emphasize more mobility rather than on defense.

Combat the Flying Pigs and their cooks, the non-humanoid Flies, which have sinked your Kingdom into despair. Be careful with their terrible weapons and dodge hyper beams to free your world from an immediate destruction. Use your flying skills to save your people from invasion.

▶DISCOVER EPICTON KINGDOM
MeatPossible is a transmedia project covering different formats such as the graphic novel and the video game. Chapter 1.5 tells the side story of the main story plot contained in the comic book. The Webtoon/Comic pages show right to the point that the game is supposed to continue.

▶EXECUTE DEVASTATING COMBOS
Everytime you remove an obstacle, your chain of combos will be increased by one. Each combo comes with a set of visual animations that help you to level and increase your score even faster. There are up to 9 different animations!

▶MERCILESS UNIQUE BOSS FIGHT
Build your score and strengthen your character, and you will eventually encounter the Pig Bosses. Every Pig Boss has their own patterns and traits. Figure out their moves and defeat them with no mercy. The more you get through the adventure, the higher amount of adrenaline is needed to beat these creatures.

▶EXTRA SIDE MISSIONS & MINI GAMES
Apart from beating Pig Bosses, you will have two side quests to complete. First, accomplish the permanent Objectives set in the main menu. Second, complete the random bonus Missions given at the start of every round. Last, challenge yourself to various Mini Games throughout the journey!

▶SUITABLE FOR EVERYONE
MeatPossible: Chapter 1.5 Arcade Game of 2018 is suitable for everyone and it is now up to you to save and protect the people of the Epicton Kingdom. It’s one of the top arcade games of 2018 to play.

● Fly through the Epicton Kingdom and discover its secrets
● Read the webtoon comic book to complete the story plot behind MeatPossible Side-Scrolling Flyer Arcade Game 2018
● Unleash your fury by combining destructive fully animated combos
● Open chests and get extra lives to continue your adventure
● Extra Side Missions & Mini Games
● Fight against final bosses and learn their patterns to destroy them
● Setting designed in pixel art old-school retro style
● Game addressed to all kinds of public: hardcore/casual and young/old 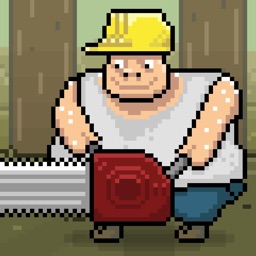 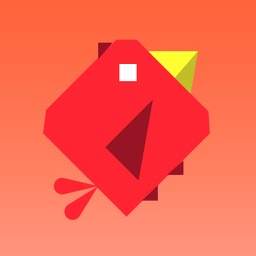 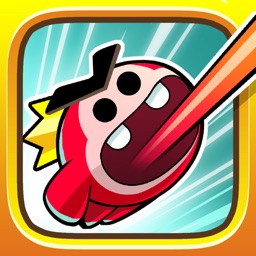 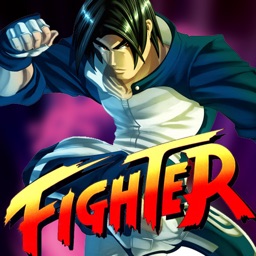 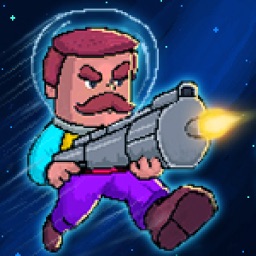 Serkan Bakar
Nothing found :(
Try something else