You're tired of missing new releases of your favourite artists and TV series? 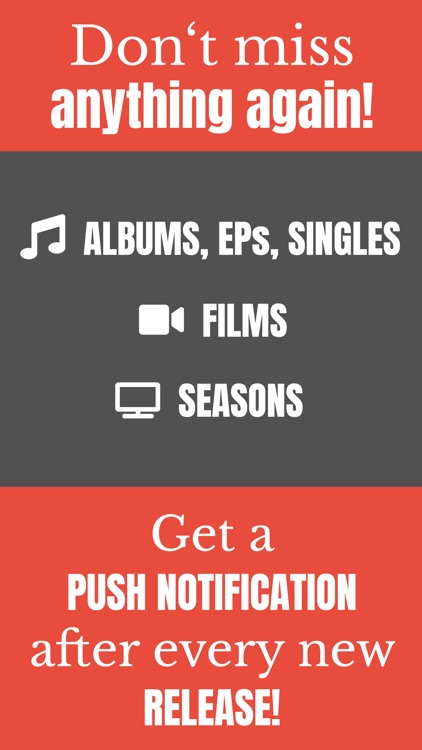 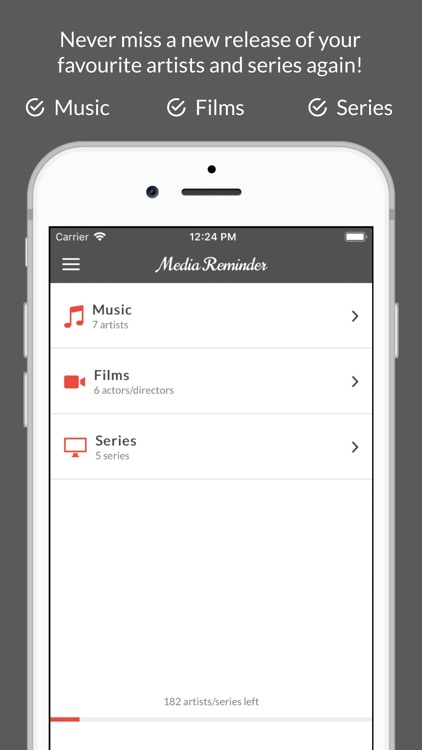 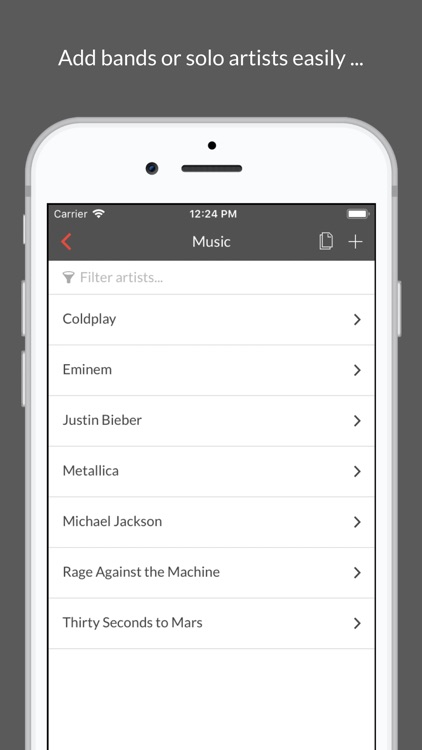 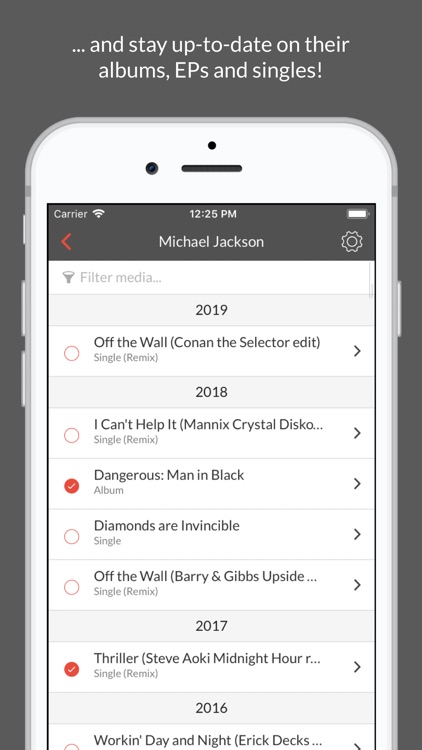 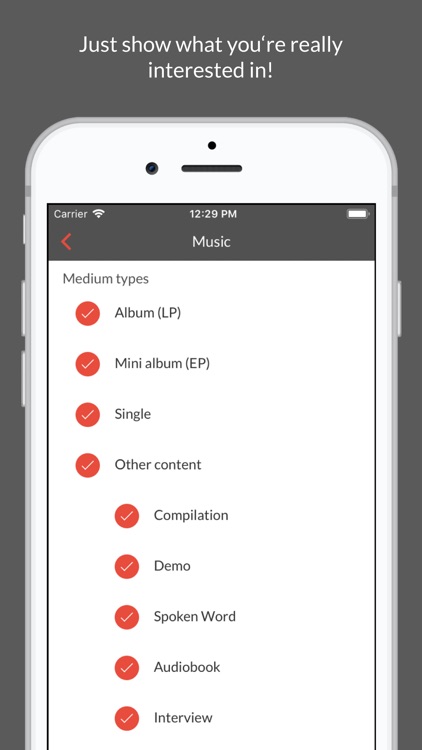 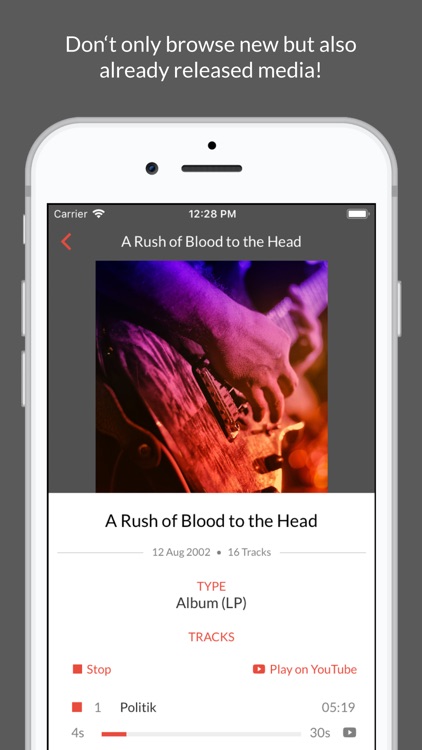 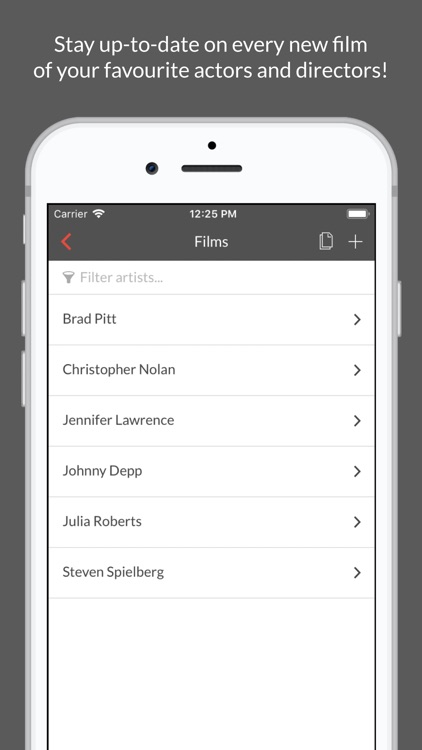 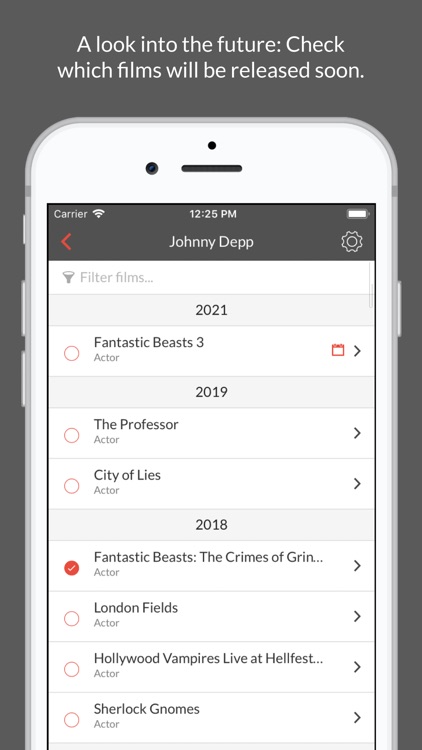 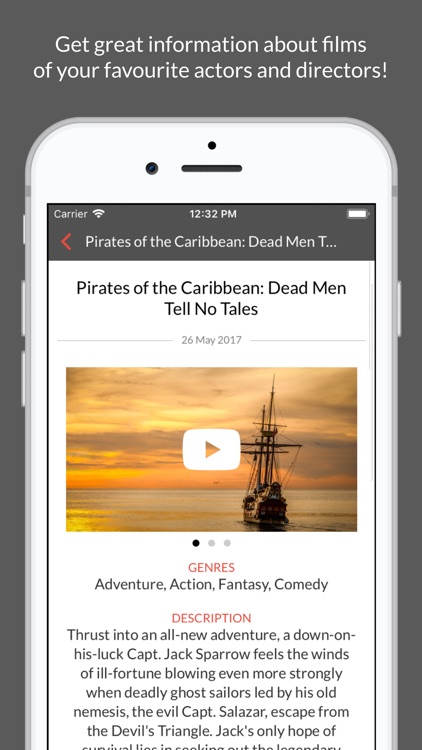 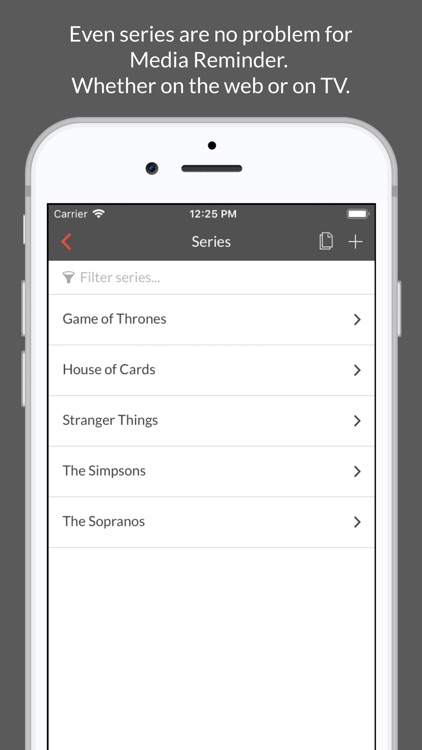 You're tired of missing new releases of your favourite artists and TV series?

Then Media Reminder is the app to go for you: just let Media Reminder do the work of keeping you up-to-date with the latest releases via push notification!

No matter if it's music, films or streaming or TV series: you get everything in just one single app!

Download now and don't miss the new album of a band, the new film of an actor or the new season again!

The app notifies (i.e. reminds) you via push notification concerning:

- after getting new releases directly listen to them (in case of music) or watch the trailer (in case of films and series)
- huge database that contains nearly all artists and series
- clear visualisation of already released media, too
- automatic adding (importing) of music artists from your Music app into Media Reminder
- extensive filter options (singles, EPs, albums, live, remix, soundtrack, ...)
- automatic marking of already owned media
- automatic synchronization of all your artists and series for an unlimited amount of devices

Further info can be found on www.media-reminder.de

For Media Reminder the following packages are available:

Information on the subscriptions:

- Your iTunes account will be charged with the purchase amount in the moment you confirm it.
- The subscriptions are renewing themselves automatically after 1 year, if you don't deactivate the automatic renewal at least 24 hours before the current cycle ends.
- Your iTunes account will be charged within the last 24 hours before the end of the current cycle with the exact same urchase amount you paid in the first year.
- You can manage your subscriptions in the settings app in "iTunes and AppStore". There you can also deactivate the automatic renewal.
- You can use Media Reminder free of charge. No automatic transformation into a paid subscription is being done. 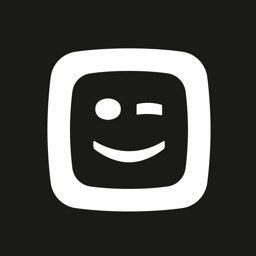 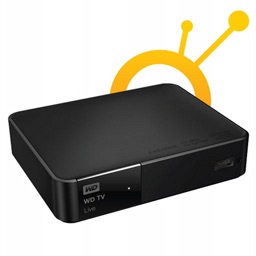 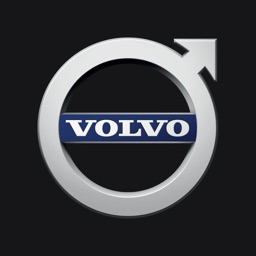 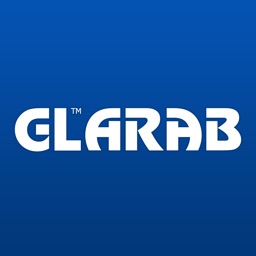 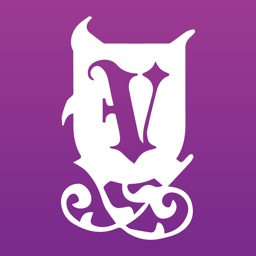 UNITED DREAM Inc.
Nothing found :(
Try something else