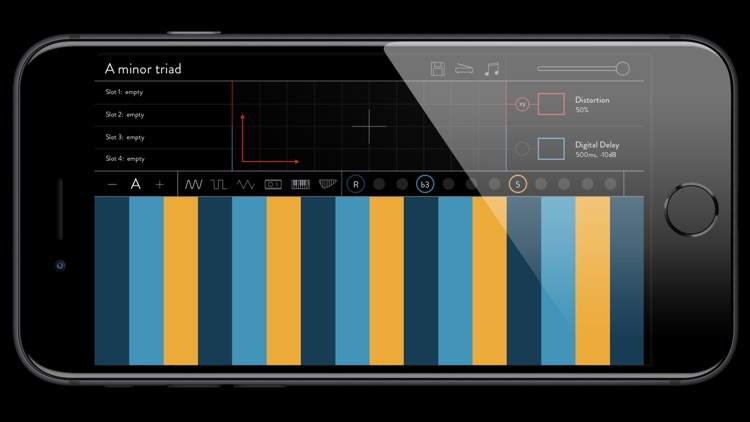 Choosing the notes - Turn the individual notes of the chromatic scale on and off by using the buttons to middle-right. The display at the bottom of the screen resizes automatically to fit in 5 octaves of the selected notes. This allows you to play quick arpeggios and scales in any key.

Key - To change the key, tap the plus and minus icons next to the key display on the middle-left of the screen.

Sounds - To the right of the key display you can select six sounds: Sine, square, triangle, chip, harp, and piano.

Digital Delay - The delay is controllable on the x/y pad and has a delay time of between 0-1000 milliseconds. The y axis of the pad controls the delay volume, between 0dB and -20dB.

To toggle the x/y pad control, tap the small x/y button next to the effects on/off buttons.

Library - Tap the library icon (the musical notes) at the top of the screen to select from an extensive library of chord / scale formulas.

Presets - Four presets can be saved by holding the save icon and tapping the save slots to the left of the interface. 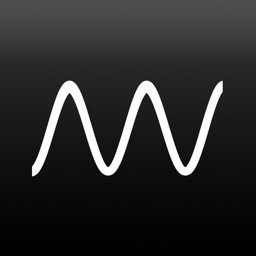 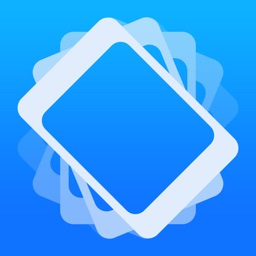 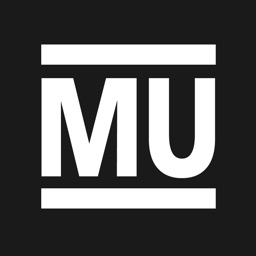 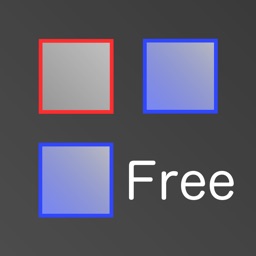 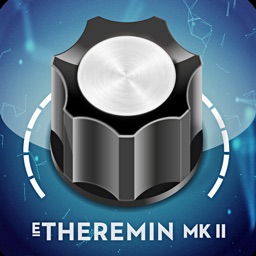 DesignByPaul
Nothing found :(
Try something else