*****(5 stars) This is THE app to follow your team. I refer to it all the time for scheduling and stats. Makes it so easy to follow the greatest team in the NHL - GO BLACKHAWKS! 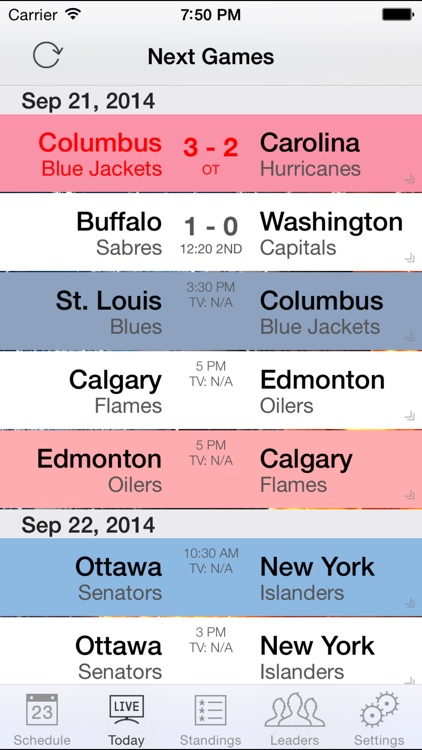 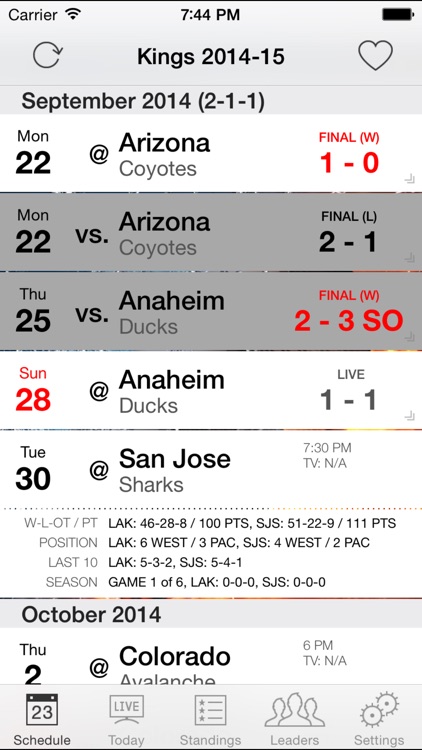 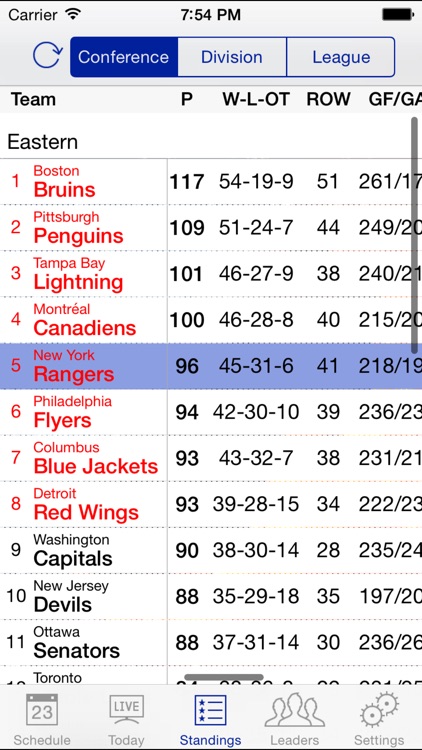 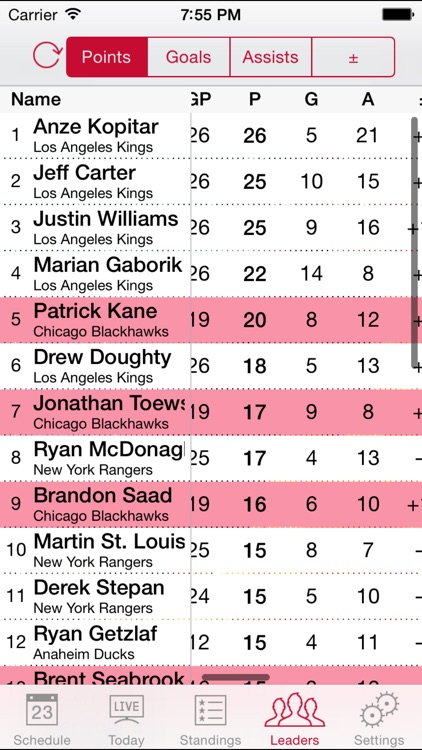 This is what people have been saying about this app. Here is list of things you get:

- Full schedule with TV listing for all 30 NHL teams (one team at a time - so you are not inundated with information you don’t need or want)
- Conference/division/league standing
- League leaders in scoring race: goals, assists, points, +/-
- Live results are updated regularly (every 5 minutes when games are on), so you will know how they did right after the game is finished
- Push notification for score updates and start/finish of a game
- Clean user interface with home/visiting game indication as well as colored results
- List will jump to the current date when you open application, so you don't have to scroll further and further away as season progresses
- W-L-OL monthly statistics
- Pick rival team or teams and see how your guys perform against their division or conference rivals
- All games can be adjusted to your local time or you can see them in EST
- Includes all preseason games, regular season games and playoff
- Twitter and Facebook integration - now you can tweet about upcoming games or score of a game right from the application (just tap on the game you want to tweet/post about)

Similar Apps to My Hockey Team 2014 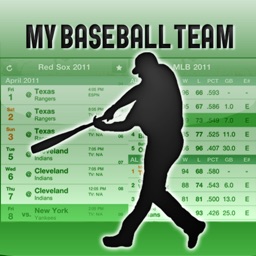 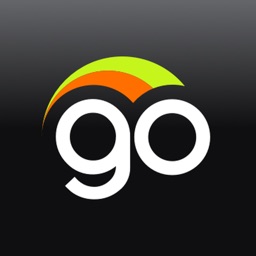 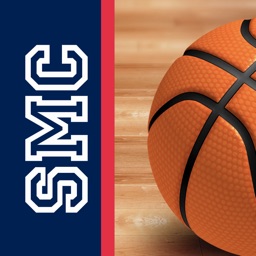 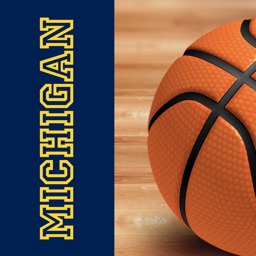 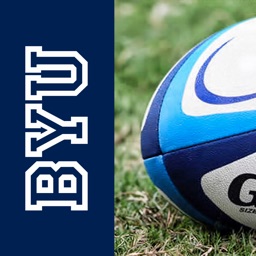 Michael Buckner
Nothing found :(
Try something else