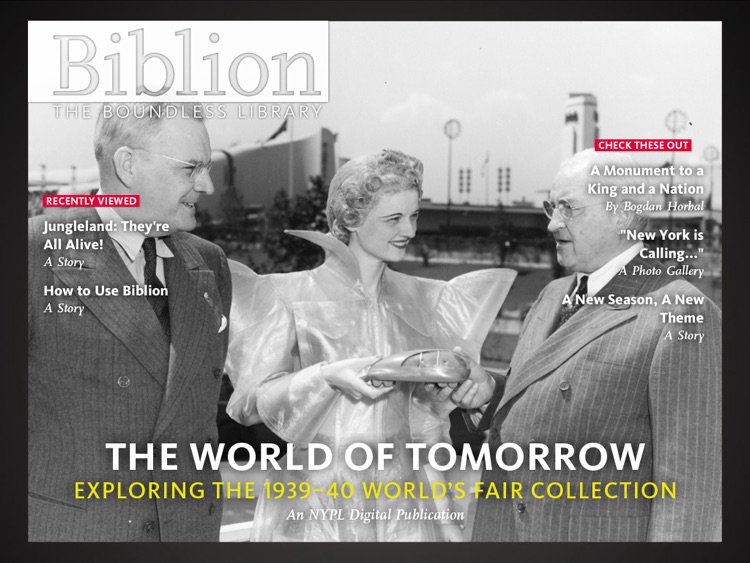 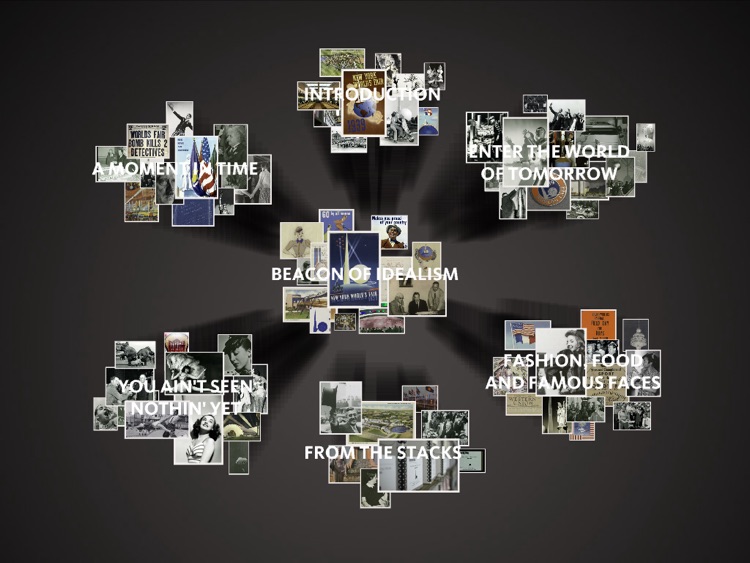 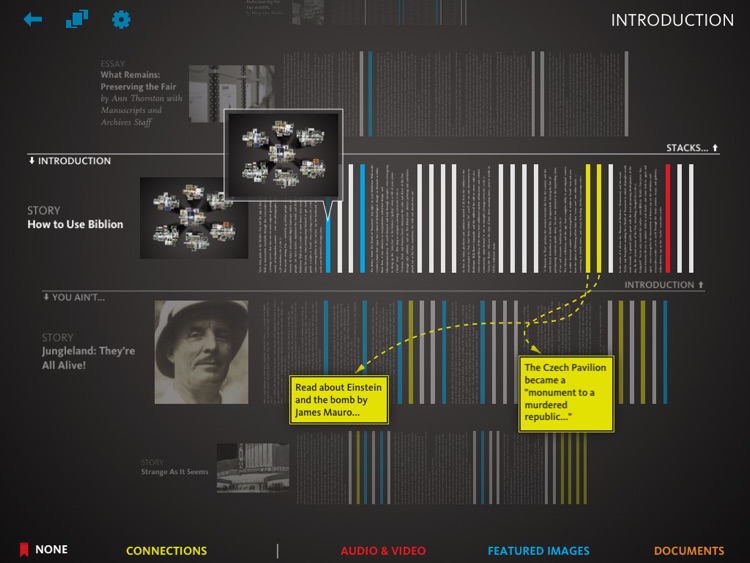 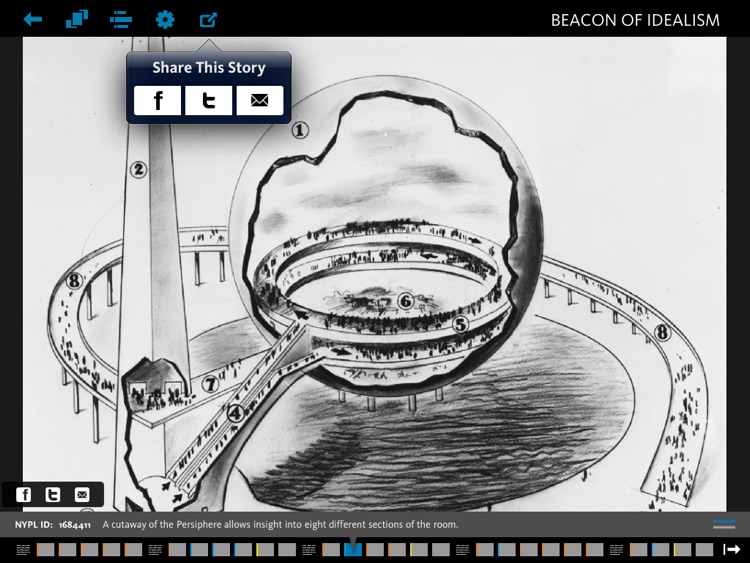 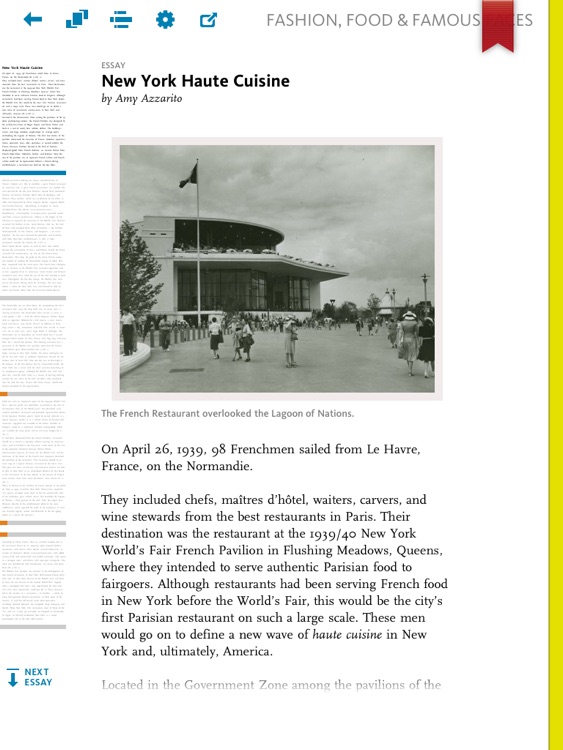 Enter the World of Tomorrow and experience the 1939–40 New York World’s Fair through the collections of The New York Public Library! Biblion: The Boundless Library is designed to take you — all but literally — into the Library's legendary stacks, opening up hidden parts of the collections and the myriad story lines they hold and preserve. In this free app you will hold documents, images, films, audio, and essays directly from the collections right in your hands.

With Biblion, you can jump from stack to stack, story to story, as you move through the infoscape of the World's Fair, created directly from NYPL's Manuscripts and Archives Division. The Fair — like the Library — has something for everyone, covering a range of topics from technological innovation, music, and pop culture, to a world dealing with the crises of war and economic hardship.

Biblion: World’s Fair allows you to:

• Read original essays from such prominent writers as Karen Abbott, William Grimes, Henry Jenkins, Elliott Kalan, James Mauro, and others
• View General Motors' famous Futurama ride, in full color, from the original carousel!
• Explore the development of the Fair's designs, uniforms, buildings, and exhibits, including Salvador Dalí’s then-shocking Dream of Venus extravaganza
• Relish the outrageous restaurant ideas that never made the cut
• Learn about the fate of the Czechoslovakia Pavilion after the country was invaded by Hitler
• Discover what was buried inside the Westinghouse Time Capsule ... not to be opened until the year 6939!
• Fly from story to story, charting your own journey through the stacks…

This first issue of Biblion explores only one part of the Library’s vast and awe-inspiring holdings. Future editions will open up other parts of the Library’s collections, services, or programs. 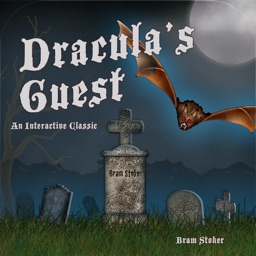 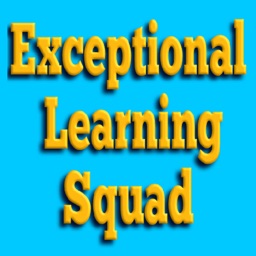 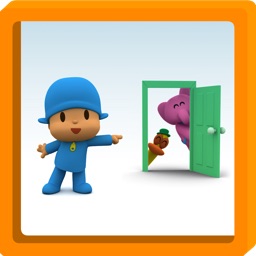 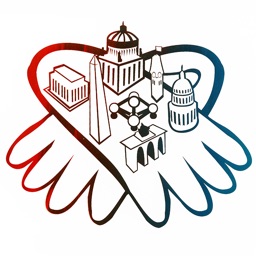 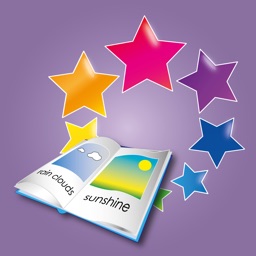 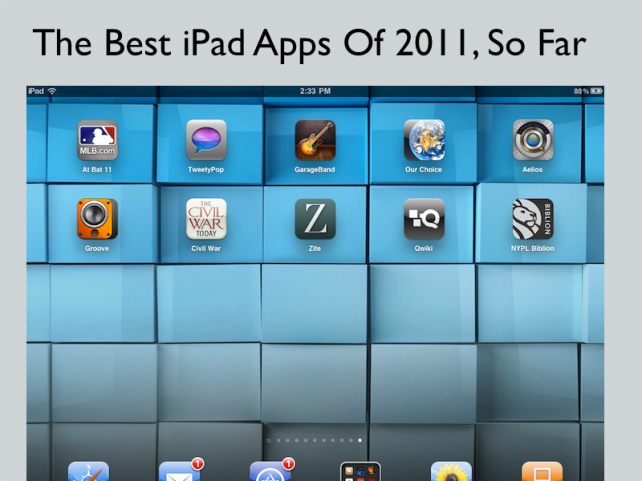 With July almost over, we’re headed into the final five months of 2011. With that in mind, we thought now would be a great time to look back and consider our favorite iPad apps since January.

July 22 Bryan M. Wolfe
Nothing found :(
Try something else