OFFLINE photo translator and dictionary -- the ultimate foreign language tool when you are abroad! 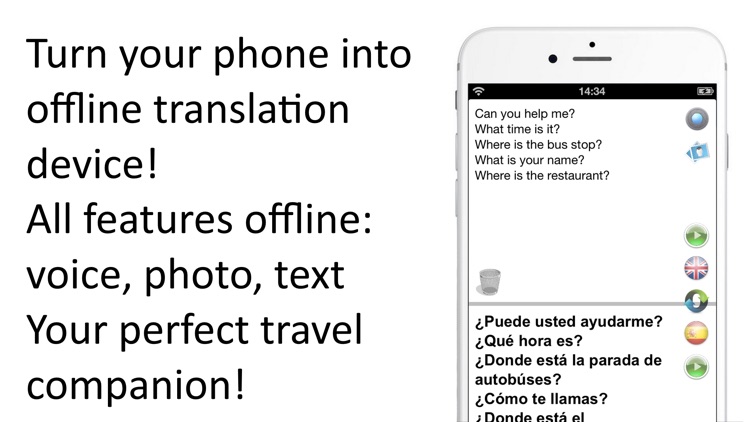 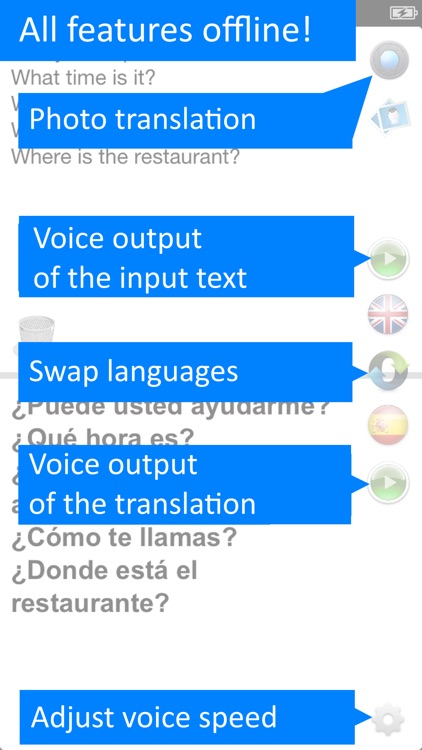 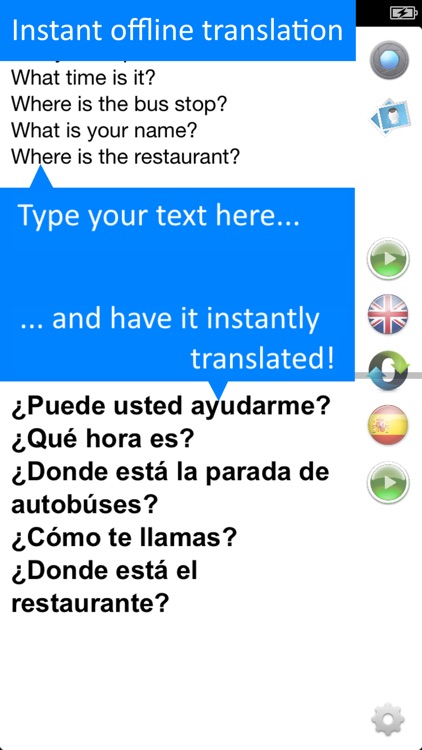 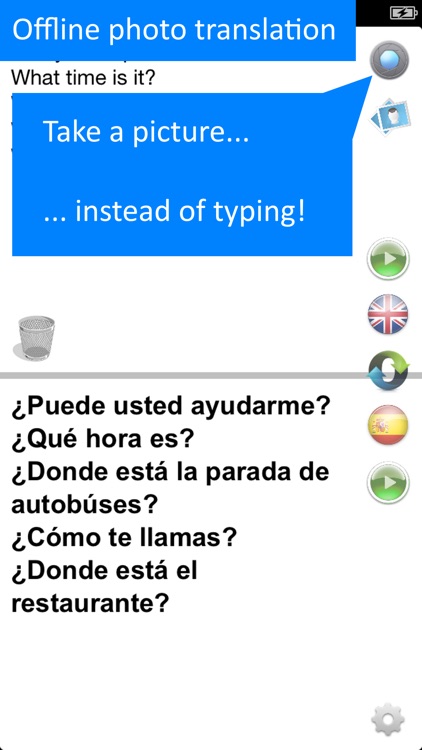 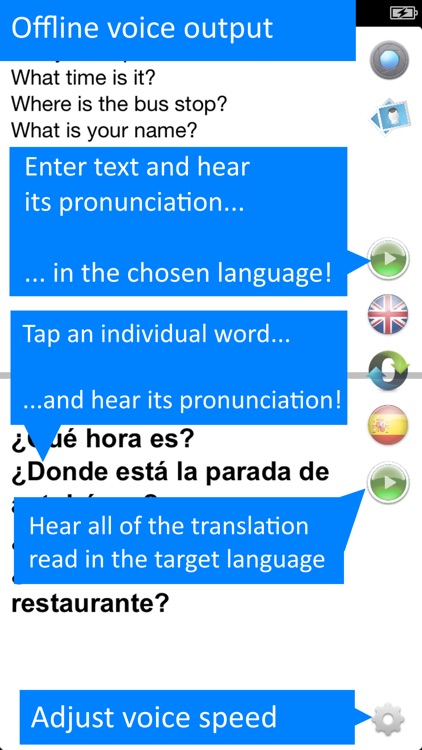 OFFLINE photo translator and dictionary -- the ultimate foreign language tool when you are abroad!
Translates sentences and photos without data connection between English, Chinese, Spanish, French, German, Italian, Turkish and Bulgarian in offline mode. A must have if you travel to foreign countries - save on data roaming charges!

Our unique translation technology often delivers translations that excel both Google Translate and Microsoft Translator while using much less storage space.
It also allows more language pairs than other paid apps having offline translation such as iTranslate.

FREE VERSION
- you will be reminded to support us by using one of our paid apps;
- you will be able to try 50 times the functionality of the full app (voice output and photo translation);

TRANSLATION
- translates from and to English, Chinese, Spanish, French, German, Italian, Turkish and Bulgarian;
- full-text translation without any internet connection;
- automatically detects input language;
- second language button (in the upper left corner) and swap languages button (in the top center of the screen) for easy swapping between the two languages.

PHOTO / PICTURE TRANSLATION AND OCR
- take a picture of printed text and translate it in seconds offline!
- available for English, Chinese, German, French, Italian, Spanish, Turkish and Bulgarian;
- use this feature to easily convert photos of printed text into editable text in offline mode;

DICTIONARY
- dictionary between English, Chinese, Spanish, Turkish, German, French, Italian and Bulgarian;
- recognizes any word form and identifies its features (number, person, gender, etc.)
- displays all the translations for a given word;
- displayed for single words when hitting the Translate button;
- allows reading individual words by tapping the desired word in the translation;

You can test the app performance by getting the free version, Offline Translator 8 or online at http://offline-translator.com

If you encounter problems with the app, please contact our customer support at [email protected] !

*Turkish is not supported on iOS 6.* 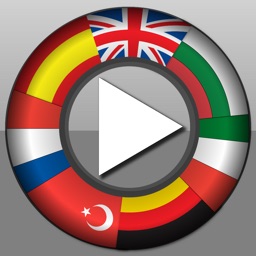 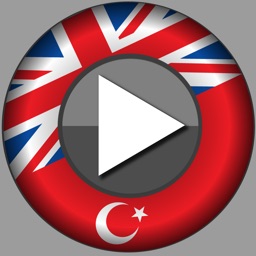 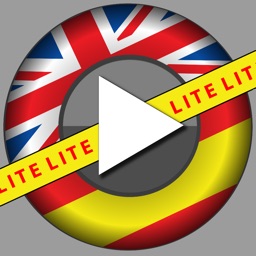 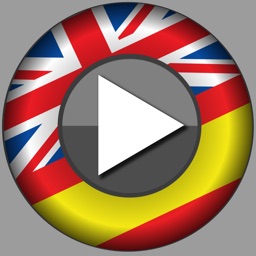 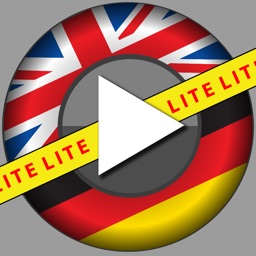 SkyCode Ltd.
Nothing found :(
Try something else