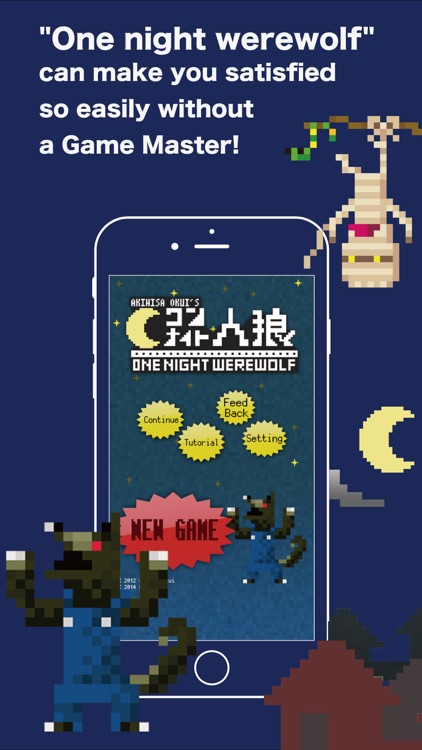 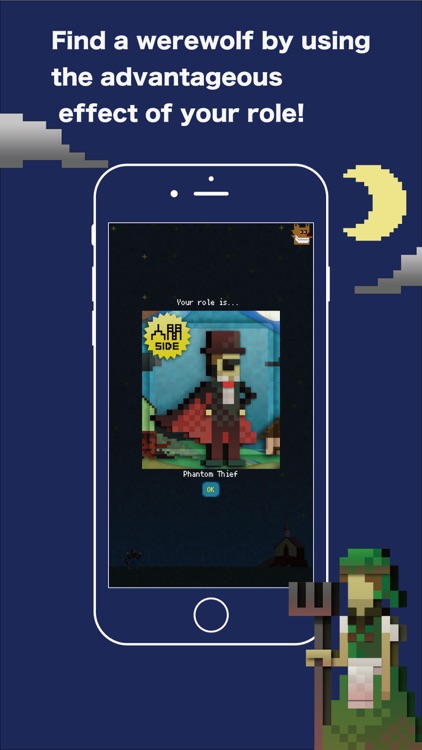 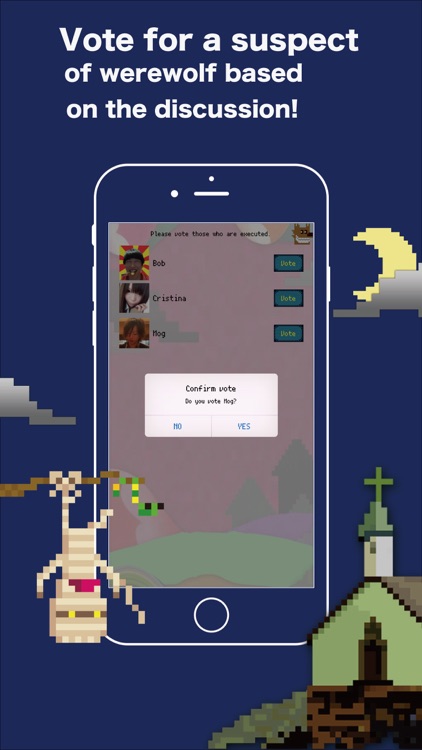 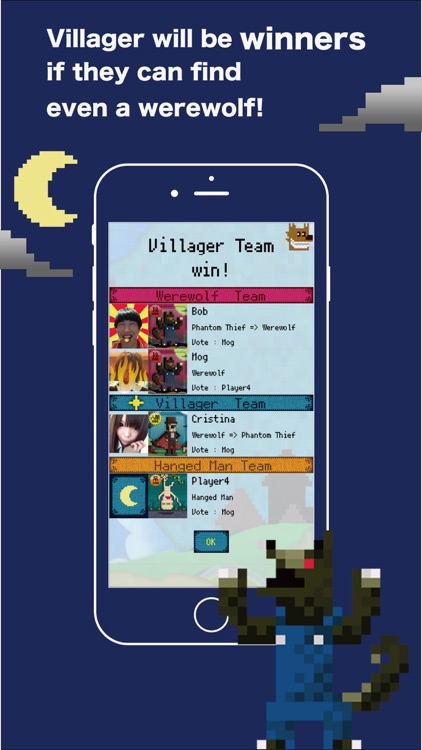 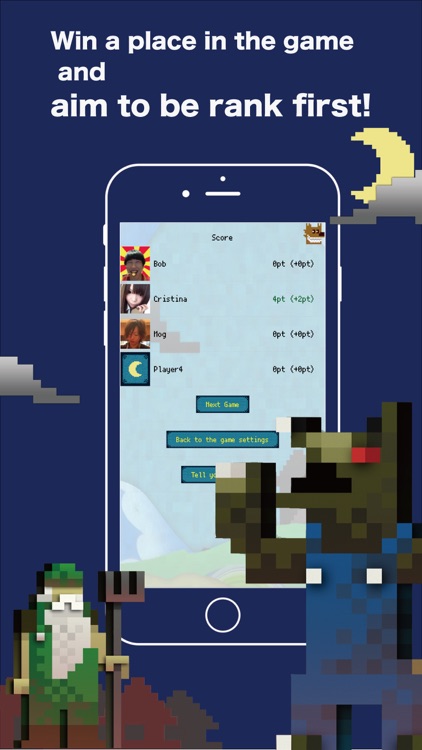 [Game Description]
You need to find out the werewolf that is giving a lie in one night with the help of each position.
If you can not execute one or more werewolves by the last vote, all will be eaten by the werewolf.
Even if you can execute only one werewolf, the other werewolves would run away from the village with fear!

[Save and load system]
As the played data is saved each time, it is possible to separate the data for each member, so the member who played that day could load the data and continue playing!

[System of on-the-way setting change]
During the game even if the number of player changed, you can return to the game setting easily by pushing the button at the top right!

[Score system]
While game is finished, points will be added according to the result of the game.
Let’s aim at the first place and survive the game!

[Theme changer]
You can change illust that is pop.
Let's play on difference mood!!


※This app is official app that is CardGame OneNightWerewolf (http://1nite-jinro.strikingly.com/). Please see this too.

Similar Apps to One Night Werewolf for mobile 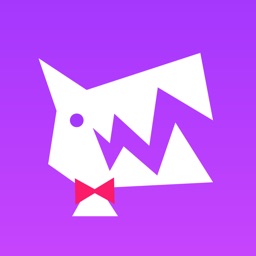 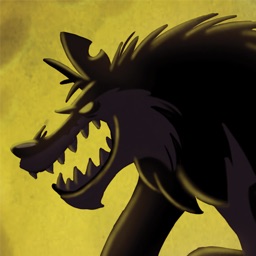 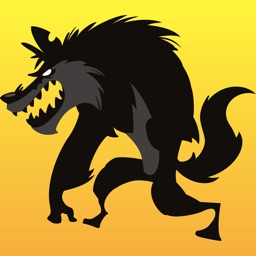 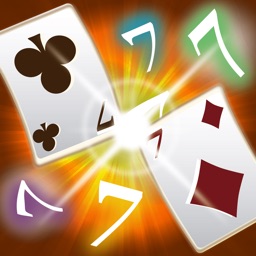 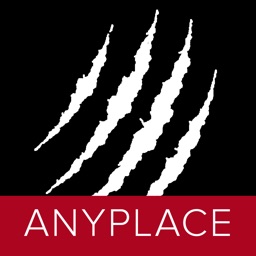 Appnetto LLC
Nothing found :(
Try something else