OptimumCS is an innovative tool for professional and enthusiast photographers seeking maximum image sharpness. Particularly designed for landscape, architectural, travel and any other photography where maximum sharpness over a large depth of field is required, OptimumCS calculates the camera settings that minimize the combined effects of defocus blur and diffraction in order to achieve the sharpest photographs the laws of physics will allow. OptimumCS is an innovative tool for professional and enthusiast photographers seeking maximum image sharpness. Particularly designed for landscape, architectural, travel and any other photography where maximum sharpness over a large depth of field is required, OptimumCS calculates the camera settings that minimize the combined effects of defocus blur and diffraction in order to achieve the sharpest photographs the laws of physics will allow.

If we shoot at too wide an aperture, we lose image resolution due to defocus blur (the blurring of objects in front of and behind our focus distance); at too narrow an aperture, we lose out due to diffraction (the spreading out of light when it passes through small openings). So we need to know, for the scene we’ve composed and the lens we’re using, what the optimum aperture is. And what the optimum focus distance is. This is where OptimumCS comes in.

The OptimumCS approach is quite different from practices based on the international depth of field standard.
From Carl Zeiss, one of the world’s most respected lens makers:
* The international depth of field standard, the basis for all camera lens manufacturers to calculate their depth of field scales . . . dates back from a time when image quality was severely limited by the films available.
* Those who use depth of field scales . . . and formulas (e. g. for hyperfocal settings), restrict themselves – most probably without knowing why – to the image quality potential of an average pre-World-War-II emulsion.
(Camera Lens News No. 1, http://www.zeiss.com/cln)
In standard practice, the goal is finding the largest aperture that will provide minimally acceptable sharpness on relatively small prints. That was a perfectly understandable goal back in the 1930s, when film was slow, but photography has moved on since then. Now, OptimumCS brings things into the modern era.

The difference between the results of standard practice and the results of OptimumCS’s optimal approach is not a trivial one — you can, in some circumstances, lose half or more of your potential image sharpness by doing things the old way.

Importantly, OptimumCS works the way photographers work, so the creative process remains perfectly natural:
1) Compose.
2) Decide which are the nearest and furthest elements in the photograph that need to be sharp.
3) In OptimumCS, simply input their distances, along with the focal length of your lens.
OptimumCS displays the focus distance and aperture that will give the sharpest possible image, along with an indication of how sharp it will actually be.
4) Simply set your camera as indicated and shoot.

OptimumCS’s intuitive operation and instant results are geared towards the needs of creative professionals and enthusiasts who don’t want their tools to get in the way of their work or their art. And, since OptimumCS is based on solid, empirically tested optical science, photographers can have full confidence in the results. 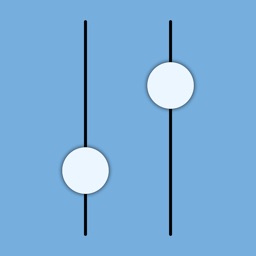 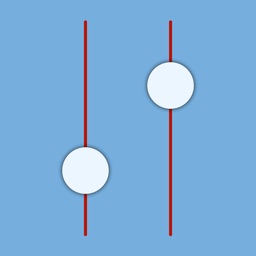 Dmitry Zaika
Nothing found :(
Try something else