Orbital Flight lets you get hands-on with the Earth in this interactive experience. Scale and spin the globe while the day becomes night. See the wonders of the earth with several different visualizations. The Benchmark Modes allow you to measure the performance of the CPU and GPU of your mobile device: 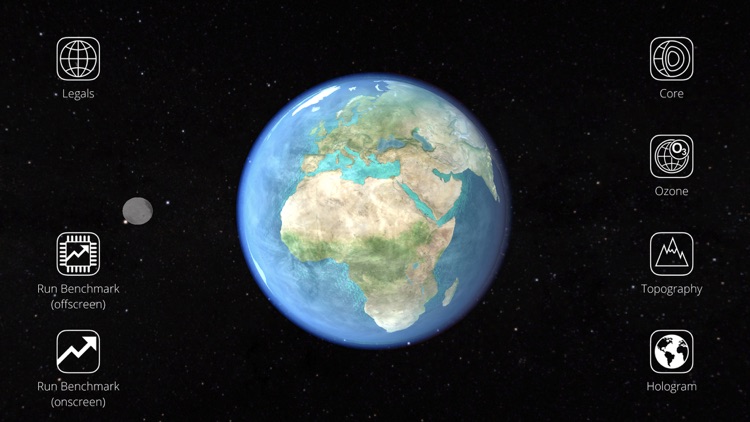 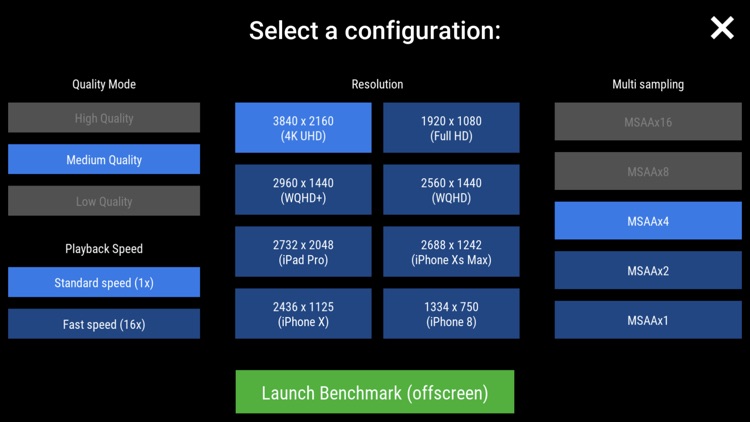 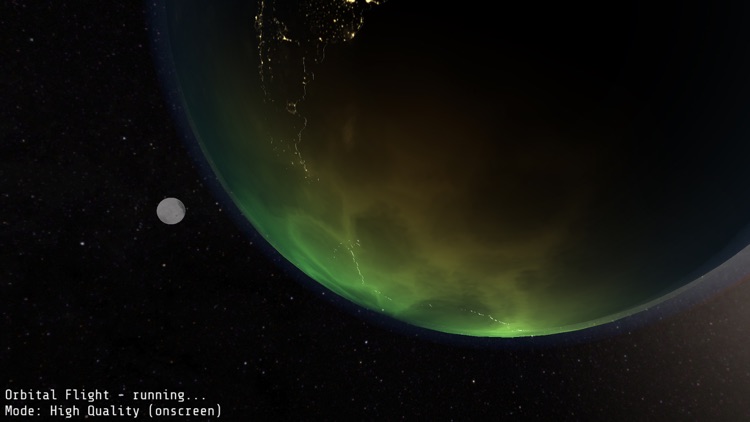 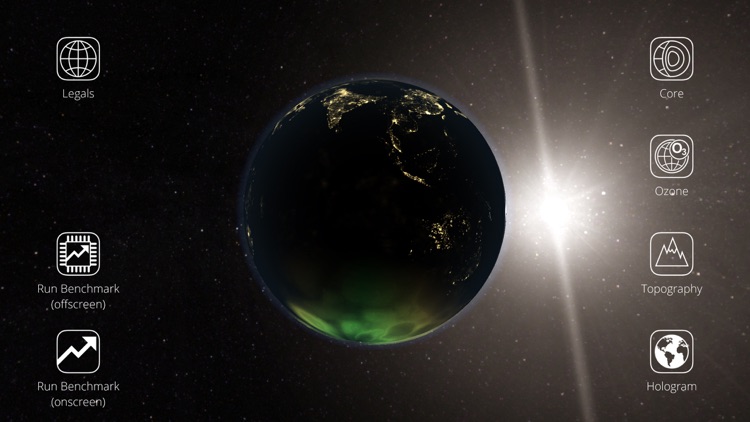 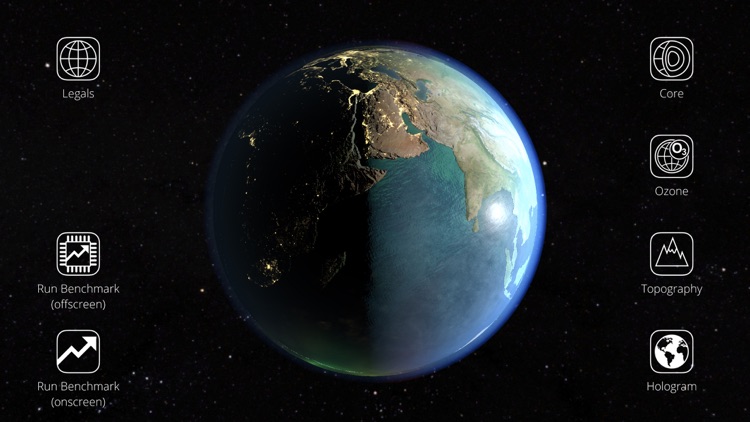 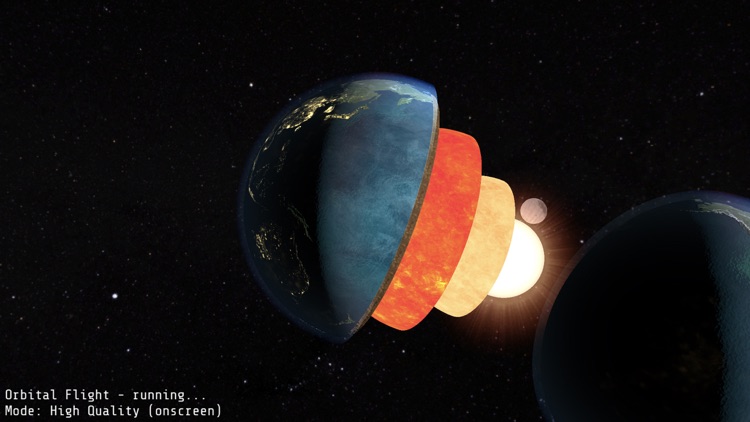 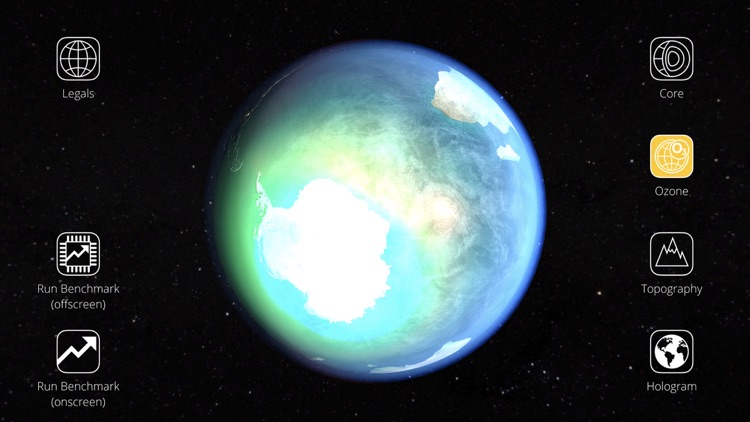 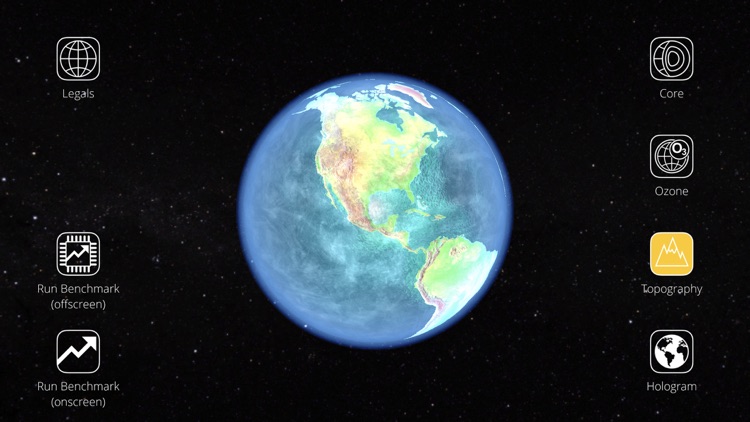 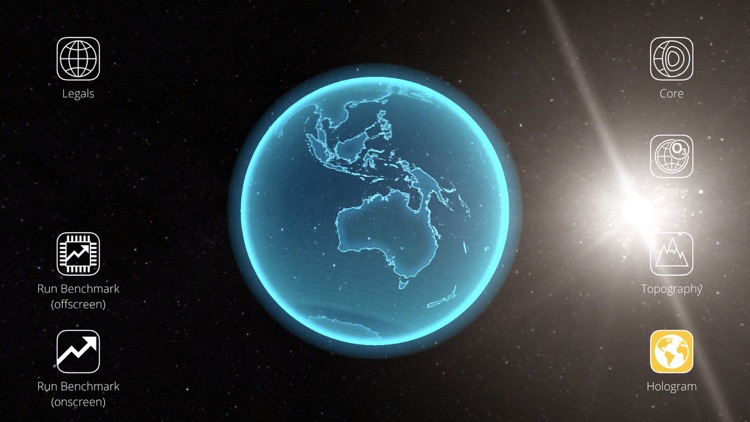 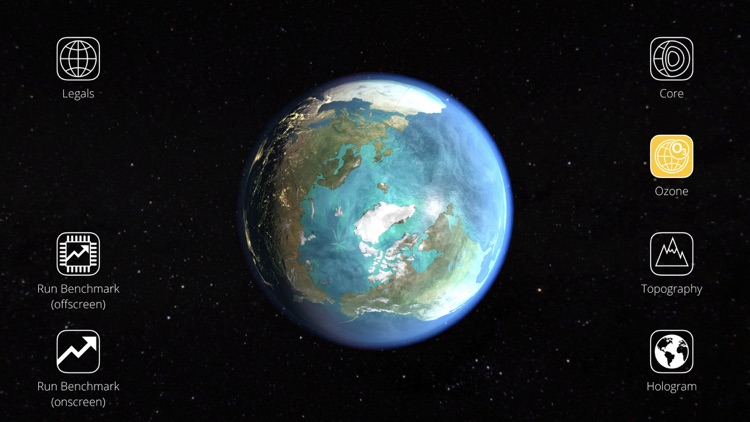 Orbital Flight lets you get hands-on with the Earth in this interactive experience. Scale and spin the globe while the day becomes night. See the wonders of the earth with several different visualizations. The Benchmark Modes allow you to measure the performance of the CPU and GPU of your mobile device:
• Metal forward rendering with complex fragment shaders
• Dynamic lights and different blending modes
• Animation on the CPU
• Runs benchmark Onscreen (v-synced) and Offscreen in different resolutions
• Collects benchmark results and submits them to the asteroidsbenchmarks.com website.

GET HANDS-ON WITH ORBITAL FLIGHT
Orbital Flight can be scaled and spun by gesture controls. Become immersed in the globe as you see every detail including the Ozone layer, topography and even the inner cores of the earth!
Take control and move the globe in Orbital Flight enjoying the whole experience in real-time. Each visualization can be interacted with allowing you to view every part of the globe!

LEARN ABOUT THE EARTH
Understand more than ever by seeing and interacting with the different elements of the earth in your own time.
• Core – Let’s you see the inner layers of the earth and their relative scale
• Ozone – Allows you to see the Ozone layer as it absorbs the Sun’s ultraviolet radiation
• Topography – Highlights the surface distribution of the earth

BENCHMARK YOUR DEVICE
Orbital Flight is a visual benchmark based on real-world content. Orbital Flight enables performance measurement of mobile devices using CPU and GPU targeted performance metrics. This version has been built with the Universe engine using Metal and multithreading.
Benchmark Mode takes a set path through the experience to ensure consistent tests across devices and run-throughs. Once finished the Benchmark Mode displays information about your device and provides performance measurements.

MEASURE YOUR PERFORMANCE
At the end of the Benchmark Mode, you will be presented with a full report of your device and its performance in Orbital Flight Benchmark, which is also uploaded to asteroidsbenchmarks.com. The report contains:
• Average FPS (Frames Per Second)
• Resolution
• Chipset
• CPU
• GPU

GET IN-DEPTH ANALYSIS
Orbital Flight is able to provide in-depth technical performance metrics to give you the data you need to understand how your phone and tablet devices stand up over the course of the benchmark. See detailed charts, lists, rankings and unlock the knowledge you need on our website asteroidsbenchmarks.com:
• Frame Rate
• Pixel Rate
• CPU Rate
• Timeline Charts
• CPU & GPU Frame Times

COMPARE YOUR DEVICE
All devices are displayed in the order of performance on our website at asteroidsbenchmarks.com. You’ll be able to compare your device with the other devices ranked. See peak performance and spot performance drops during the timeline of the benchmark for any device. Understand which devices are at the top of their game!

ON-SCREEN AND OFF-SCREEN BENCHMARKS
While on-screen Benchmark Mode is limited to the native resolution of your device, with off-screen Benchmark Mode you can measure performance rendering at 4K resolution! This makes it easier to compare devices for performance in the same conditions and shows how your device would perform if it were to output to a 4k TV for example. 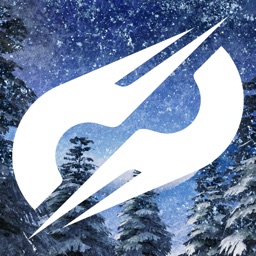 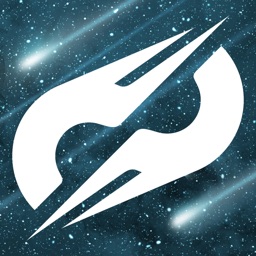 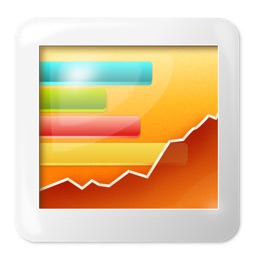 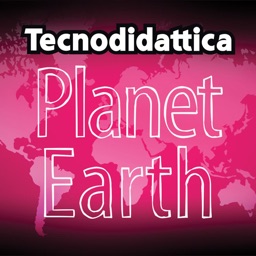 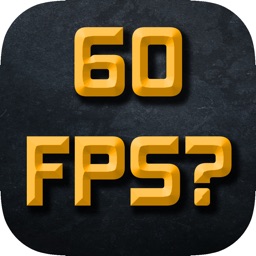 Chris Egerter
Nothing found :(
Try something else