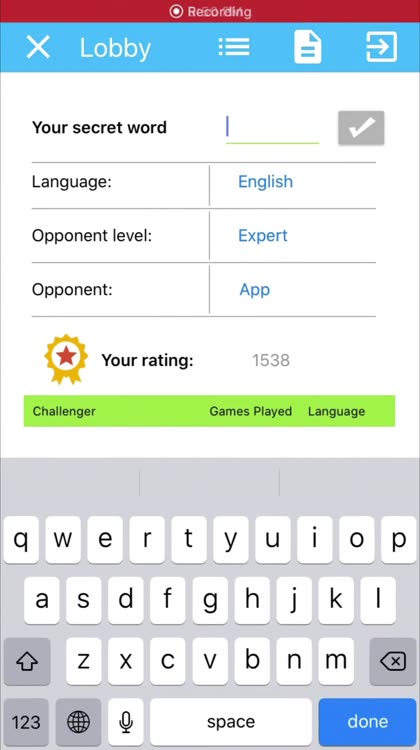 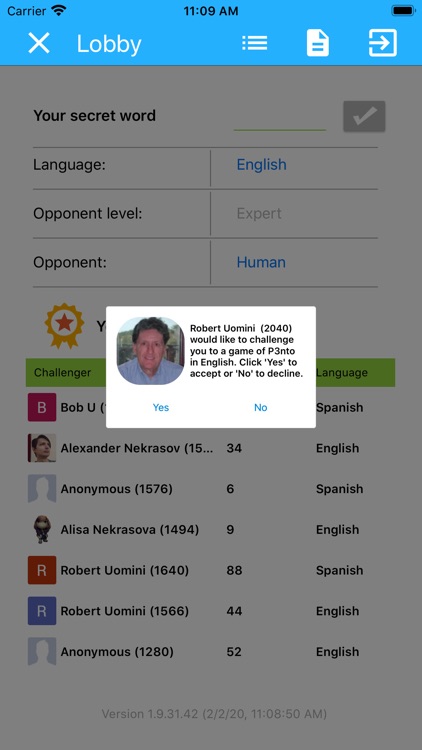 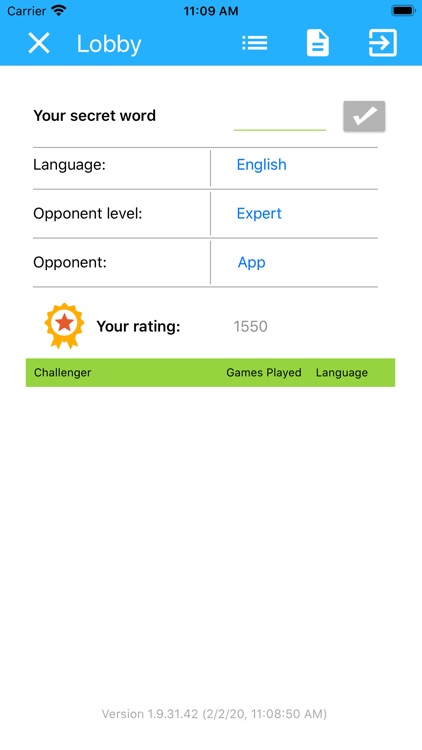 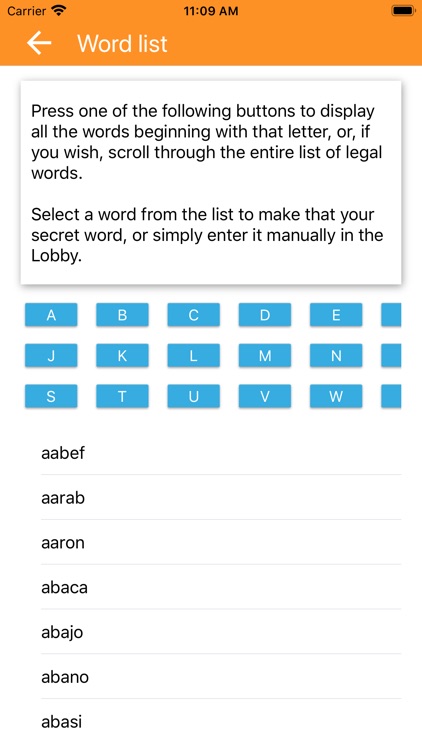 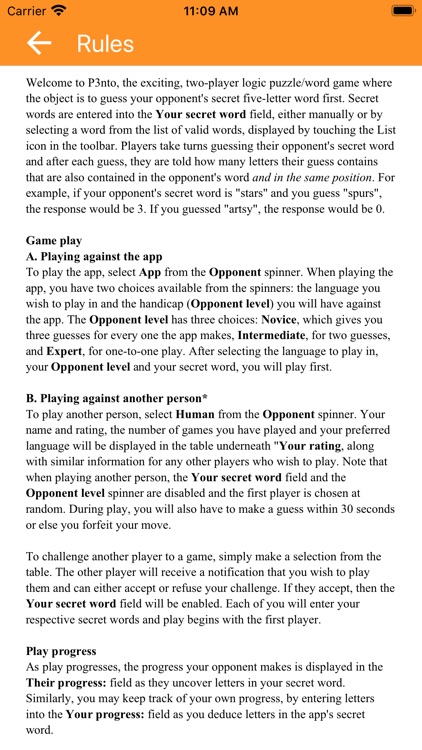 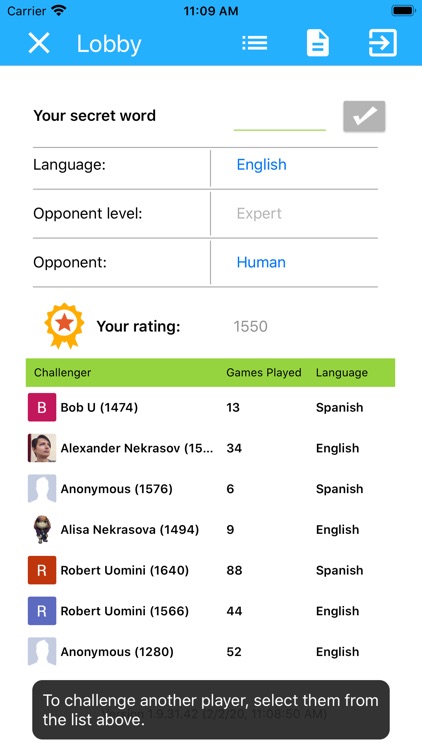 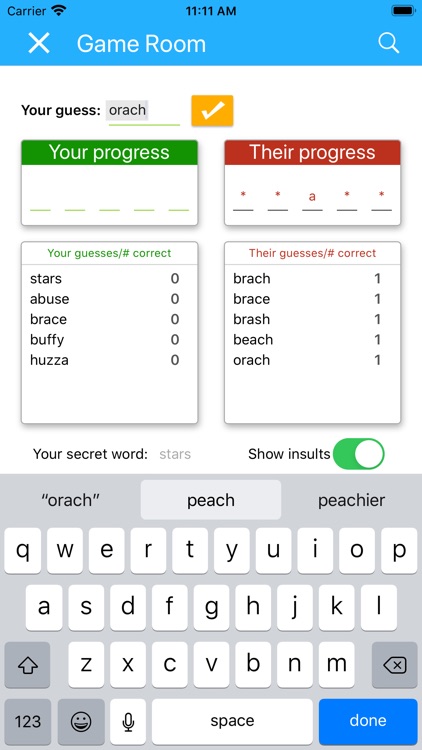 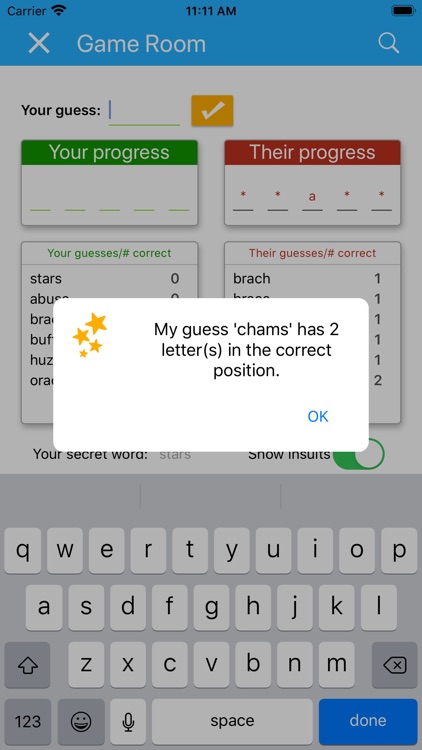 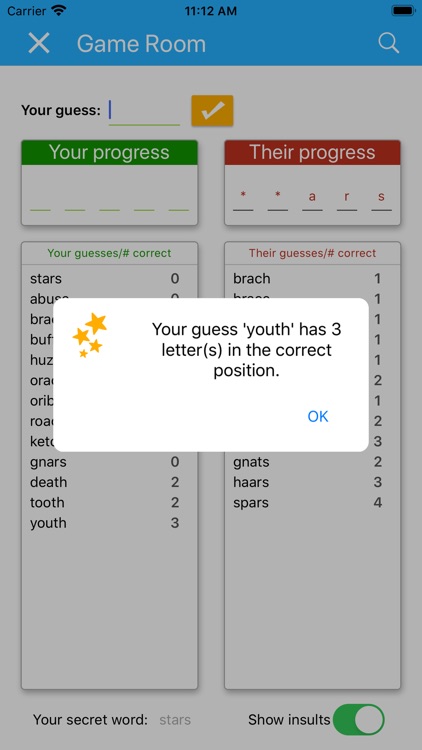 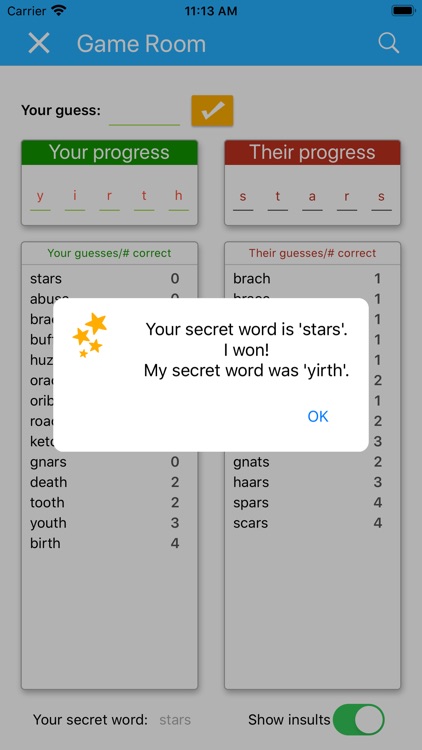 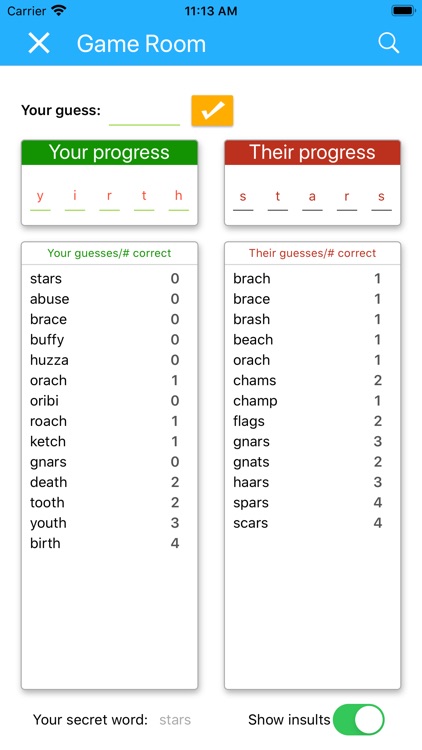 1. Supports the English, French, German and Spanish locales and languages.
2. Large word lists: 8000+ (English), 7200+ (French), 8000+ (German) and 5000+ (Spanish)
3. Great for improving vocabulary
4. Three levels of opponent playing strength (Novice, Intermediate and Expert) when playing the app
5. Player ratings: start off as a Novice and work your way up to Expert by winning rating points
6. Enter your secret word manually or choose from the full alphabetized list
7. Observe your opponent's progress in deducing your secret word
8. Keep track of your progress as you figure out the app's secret word
9. Add to the fun by displaying insults/whines when your opponent wins/loses
10. Attractive user interface

Designed and written by a UC Berkeley Ph.D. mathematician, this game relies on logic more than knowledge of thousands of arcane, five-letter words and is extremely challenging. As you progress in skill from Novice to Expert, your powers of deduction will improve. This is a great game for training your mind in logical thinking. Beat the app and become smarter!

P3nto also supports Human-to-Human play. Challenge your friends to a match and gain rating points when you win! 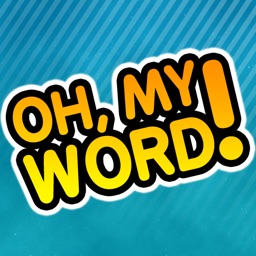 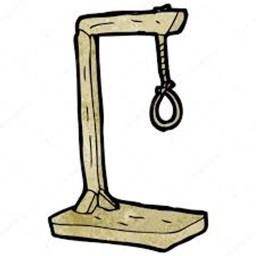 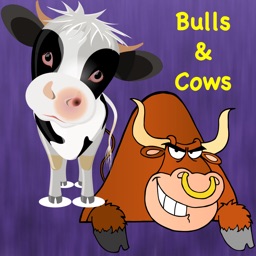 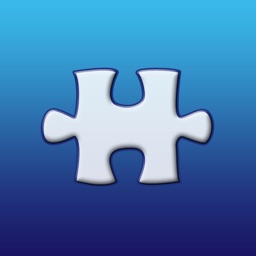 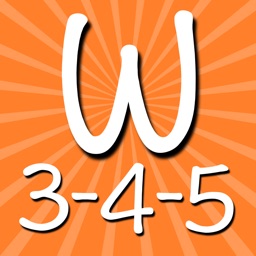 Paul Dinda
Nothing found :(
Try something else