=Please note: this guide is only available in English= 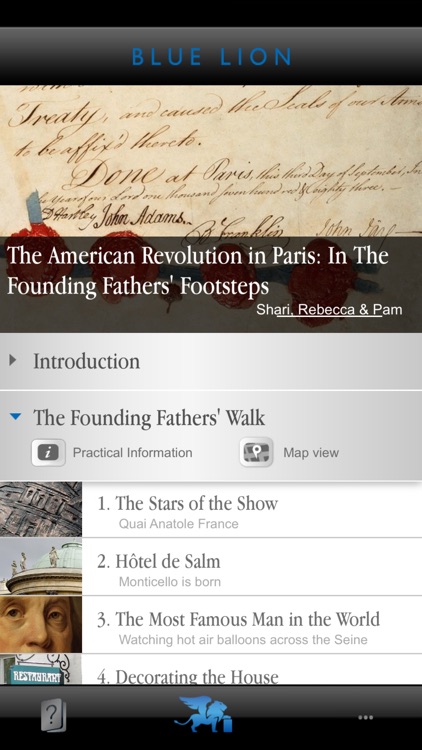 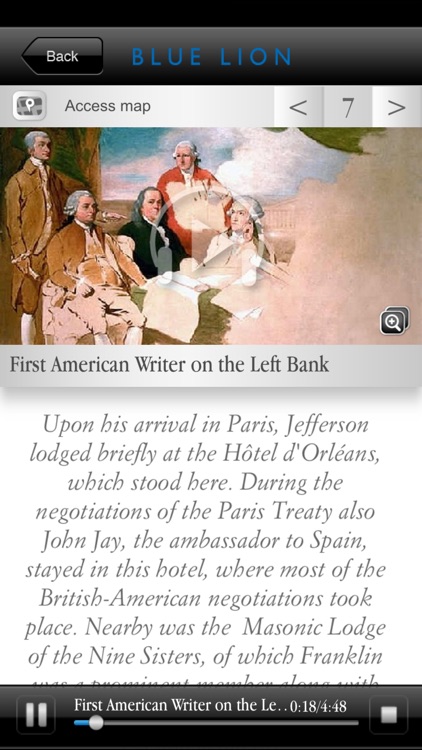 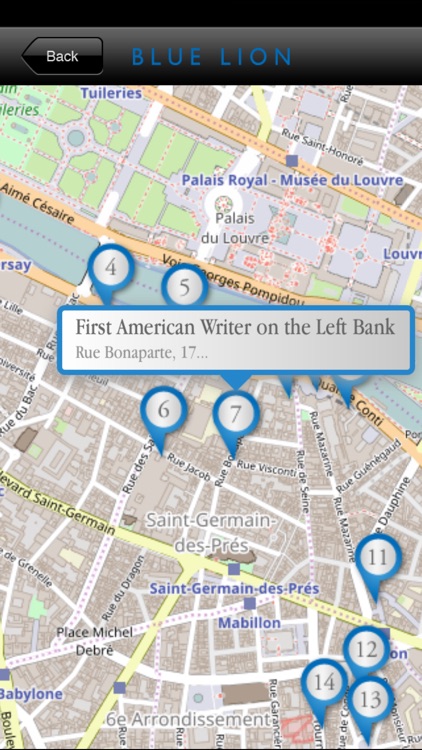 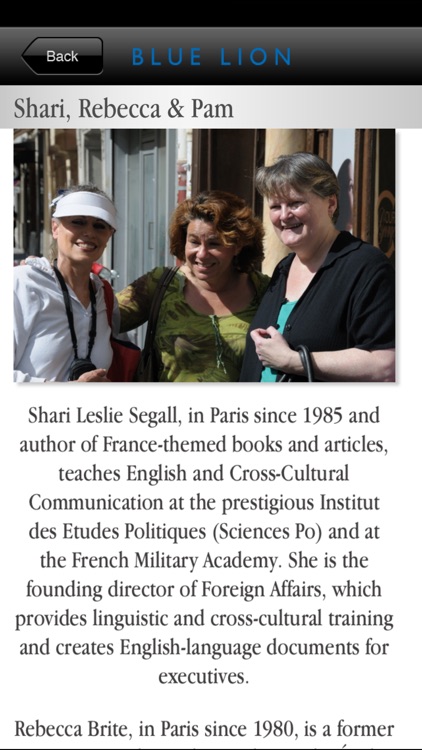 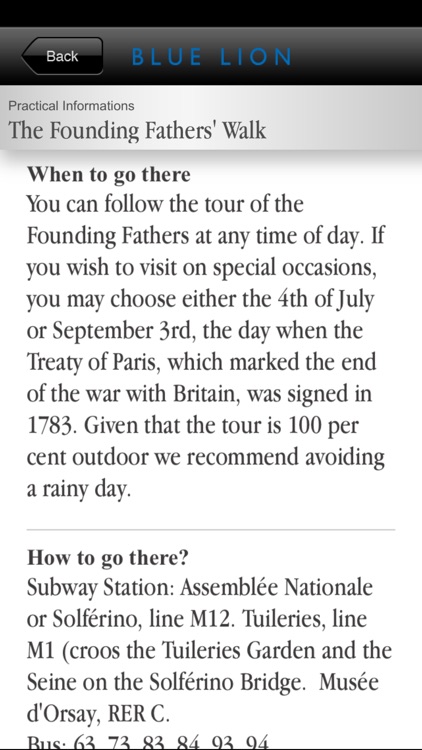 =Please note: this guide is only available in English=

Written by three American authors and guides living in Paris, the app walks you through the heart of the Revolution-era Left Bank.

The world’s oldest, most resilient international friendship was born on these sites, where Thomas Jefferson gathered the seeds of the Library of Congress, John Adams made peace with England and Ben Franklin hugged Voltaire. From the statue of Jefferson, by the mansion that inspired Monticello, to the Luxembourg Palace, where Thomas Paine was imprisoned, weaving in stories of figures such as John Paul Jones and Lafayette, the tour evokes the events that contributed to American independence, and the American and French people who made them happen.

About the authors
Shari Leslie Segall, in Paris since 1985 and author of France-themed books and articles, teaches English and Cross-Cultural Communication at the prestigious Institut des Etudes Politiques (Sciences Po) and at the French Military Academy. She is the founding director of Foreign Affairs, which provides linguistic and cross-cultural training and creates English-language documents for executives.

Rebecca Brite, in Paris since 1980, is a former newspaper editor who teaches at the École Polytechnique and Institut national du patrimoine in addition to consulting for UNESCO and the OECD. Rebecca founded what is now the oldest American ciné-club in the city. She has given guided tours in Paris and various French regions since 1998.

Pam Grant, who move to France in 1990, was one of the few Americans to have passed the competitive French tour-guide exam. She divided her time between film subtitling (among others, she subtitled the Oscar-winning Edith Piaf film, La Vie en Rose) and tour guiding (through the tour association Lire et Partir as well as her own company, Paris Perspectives).

Please note: this guide is available only in English.

- Richly illustrated texts, written by experts
- Wikipedia references
- Maps of the area and walks' itineraries
- Practical information (transportation, opening hours of monuments, restaurants, activities for children, etc.)
- Audio version, read by professional readers, to make your discovery of the city more agreeable and comfortable
- No Internet connection required and no roaming: all the content is downloaded with the App
- Directly compatible on iPhones and iPads

Other guides are available on the AppStore!
------
Contact us: [email protected]

Similar Apps to Paris: In the U.S. Founding Fathers' Footsteps 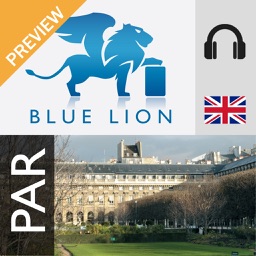 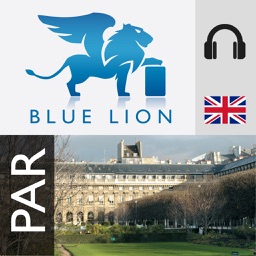 Paris - The Palais-Royal, between power & culture 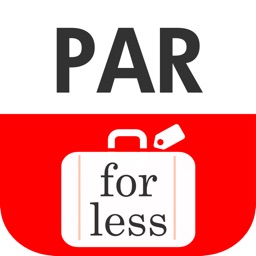 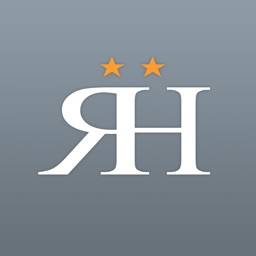 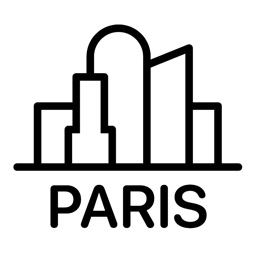 Alfonso Cartes
Nothing found :(
Try something else