*** Note: Perforator is an AUv3 Audio Unit plugin; which requires an AUv3 compatible host app, such as Garageband, Cubasis, BM3 or AUM *** 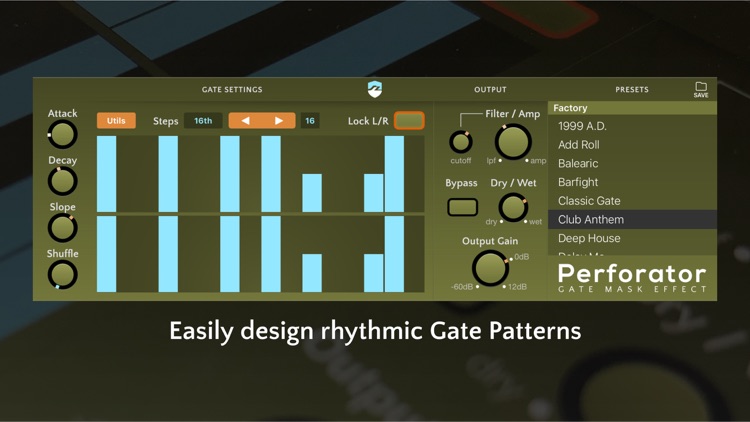 *** Note: Perforator is an AUv3 Audio Unit plugin; which requires an AUv3 compatible host app, such as Garageband, Cubasis, BM3 or AUM ***

Perforator is a rhythmic gating audio effect: it will creatively snip, cut, gap and filter incoming audio to create rhythmic patterns out of sustained sounds.

By tuning the slice envelopes you can create anything from classic staccato "trance gate" sounds to emulations of sloppy pumping sidechain compression.

Two gating mechanisms can be dialled in: an AMP EG gate (the traditional way of gating) and a 12dB/Oct lowpass filter which will rapidly carve away high frequencies from your sound to effectively silence them.

* AU MIDI: both envelopes (L+R) can send their values out as MIDI CC messages to mimic 'parameter lock' messages in other plugins/apps. Note: this feature requires iOS11+ and a host compatible with AU MIDI from effects. 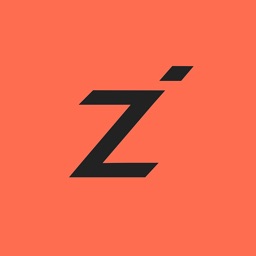 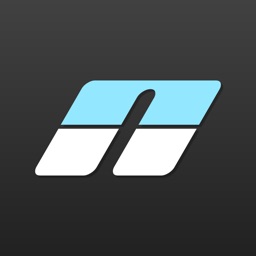 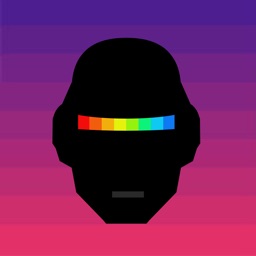 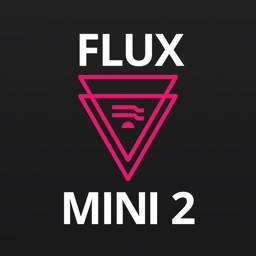 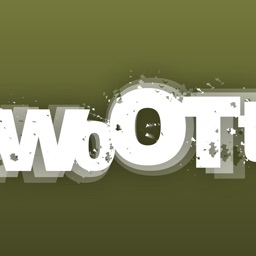 Bram Bos
Nothing found :(
Try something else