Offering live maps of the United States, 2016 Map will show you who's winning (and losing) the big race. 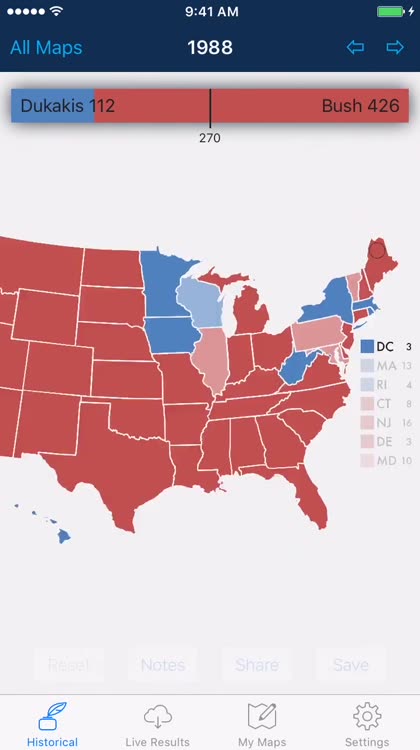 Whether you want to see the current status of the race, or want to figure out a way for your candidate to win, 2016 Map has you covered.

Concise, timely, and oh so good, this is a must-have app of the campaign season. 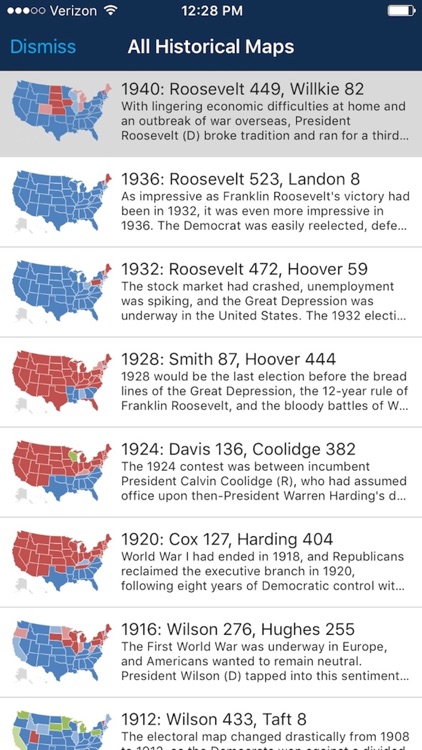 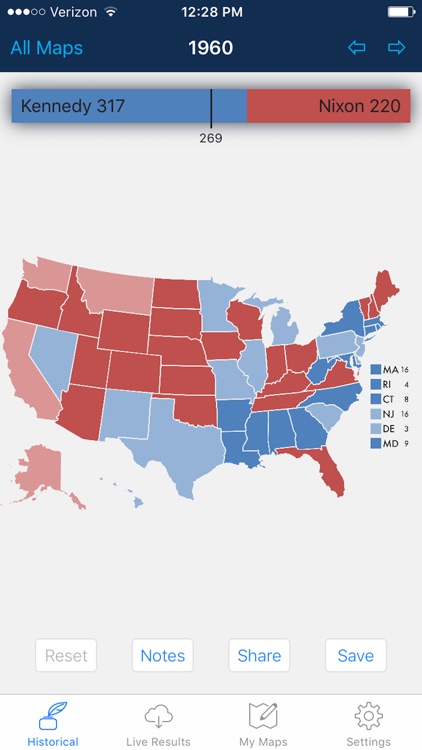 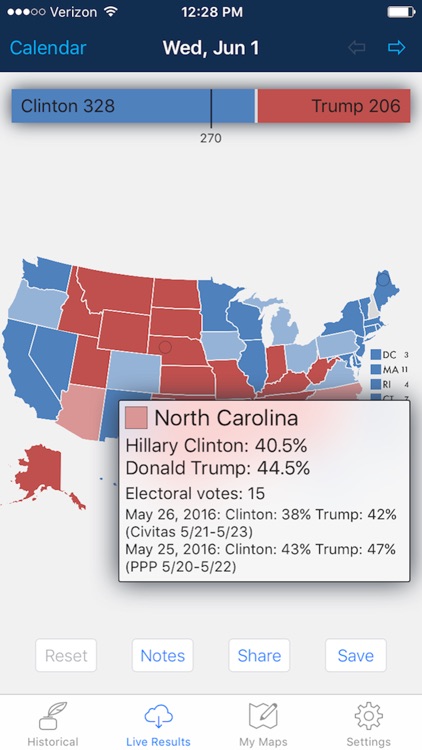 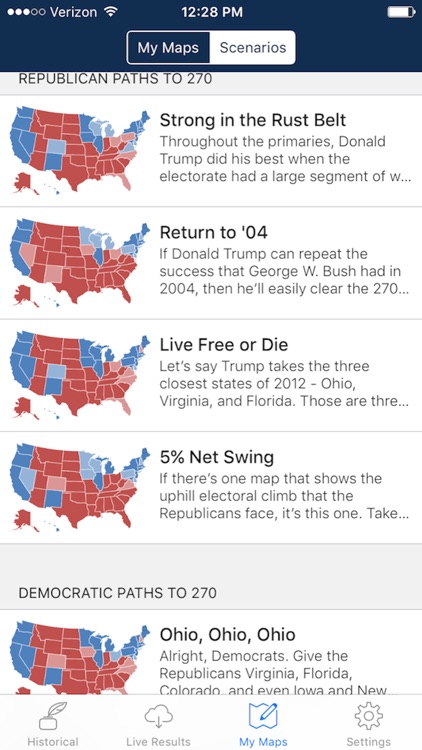 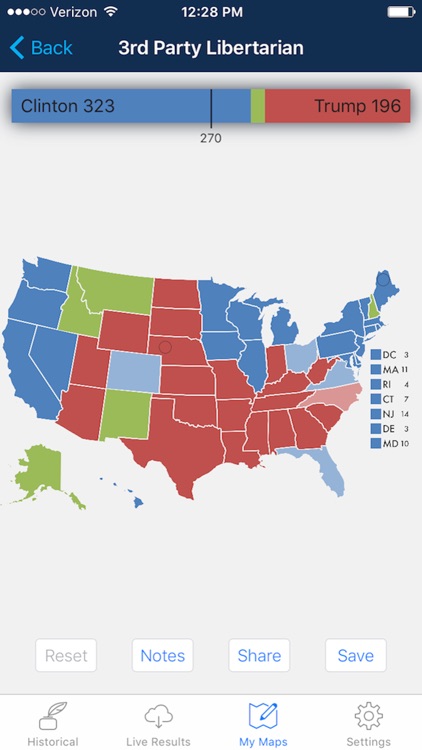 Presidential Election & Electoral College Maps is the essential app for reviewing every presidential election in American history, with tens of thousands of downloads and 100+ five-star reviews:

"A political junkie must have..." -Themothboy
"Best political tracker ever." -Alan1530
"Best of the bunch in my opinion." -rivtodd
"Love this app and check it first thing every morning!" -Cecidee
"Love this app...I check this app every day...I love how current it is." -Javagod16
"I downloaded this app in 2012 when it was 2012 Map, and I kept it on my phone for four years in hopes that they would update it for 2016...I recommend this to everyone!" -therealsabolish
"I hoped for this app to make a come back...The fact that I kept this app on my iPhone since the last election 4 years ago speaks volumes." - Music Amateur
"Top US Psephological App...Easy to use but also very sophisticated. The best of a large number of US presidential election apps..." -Pete Dunf (UK Store)

Explore, edit, and share presidential election scenarios in a quick and easy way.

- SCENARIOS: Possible paths to victory that were created for the 2016 race

- NEW, BLANK MAP: Start from scratch and create your own map

FEATURES FOR ALL MAPS

- Tap any state to change its colors (red, blue, gray, or green)
- Touch states for one second to reveal their details
- Share scenarios on social media with your family and friends
- Read about every election, from 1789-2016
- View the electoral college vote that determines our president
- Edit any map to create your own “what-if” scenarios 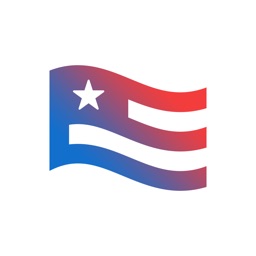 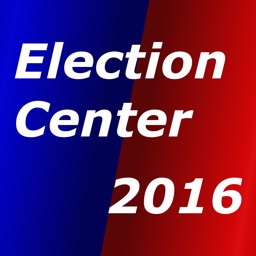 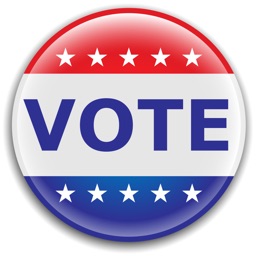 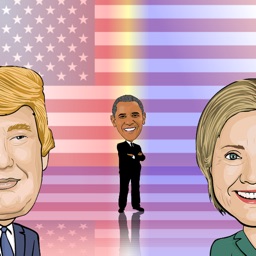 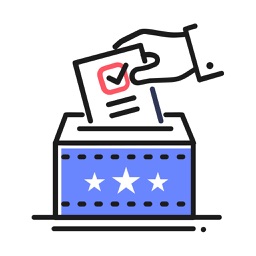 Antwon Key
Nothing found :(
Try something else