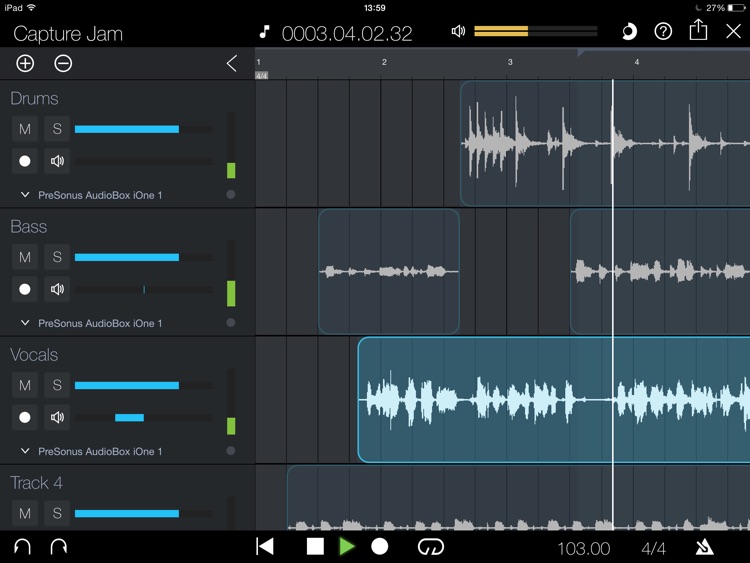 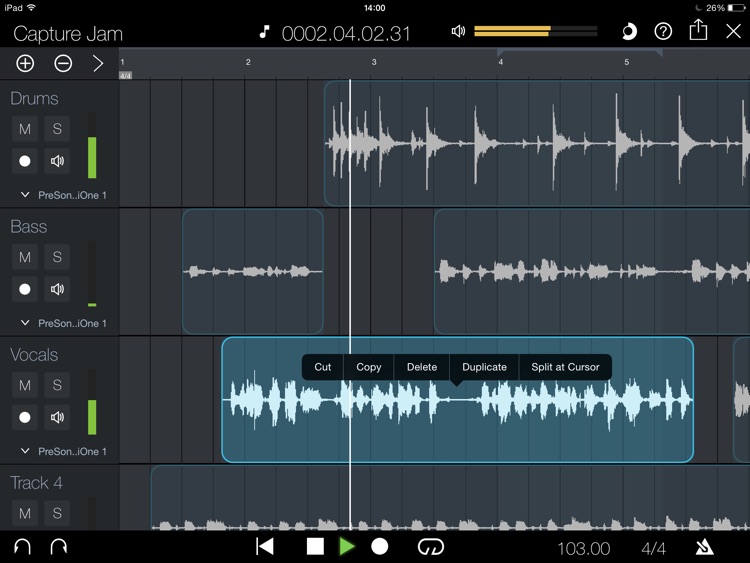 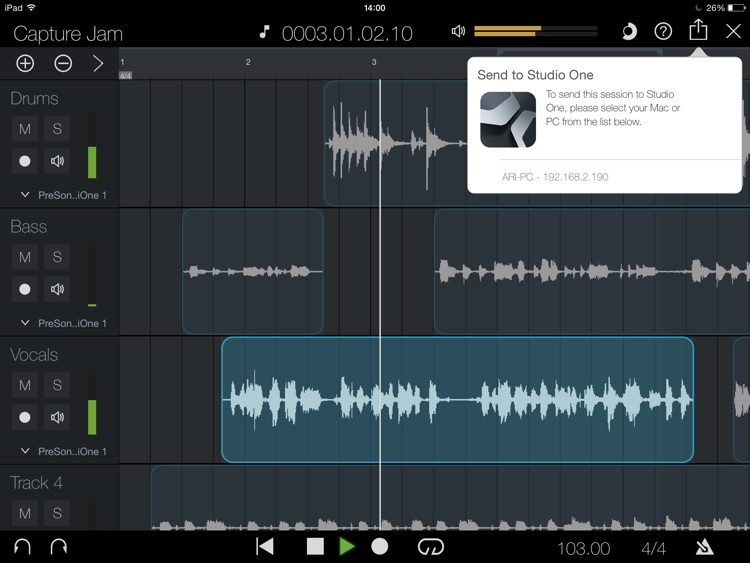 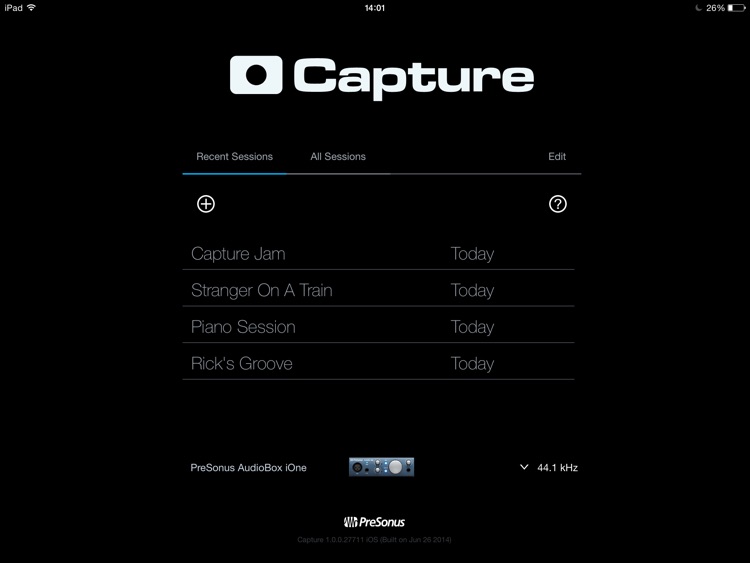 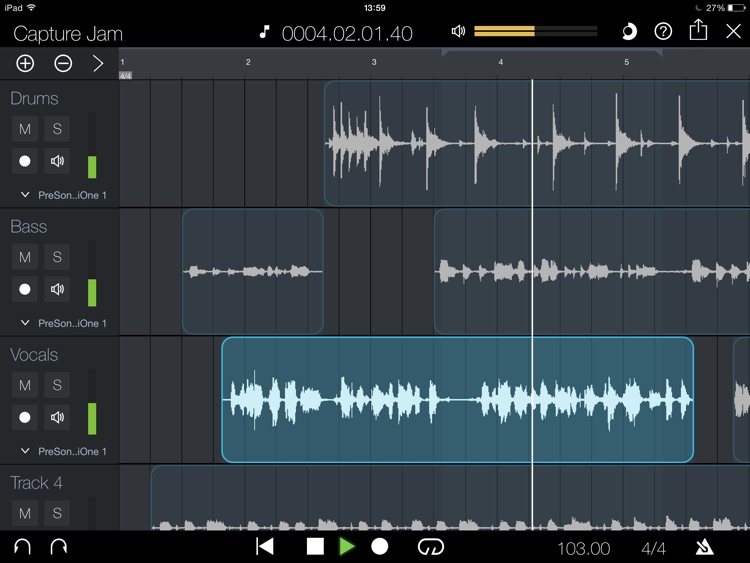 Summary:
PreSonus® Capture™ for iPad® is a powerful 32-track audio recording application with up to 24-bit, 96 kHz fidelity and a lean and easy-to-use design. With level and pan control for balancing your tracks and essential editing features using intuitive finger gestures, Capture for iPad is the perfect mobile recording solution. Compatibility with PreSonus AudioBox iOne and iTwo USB/iPad interfaces (or any other MFi iPad interface) enables you to record high-quality audio anywhere inspiration strikes.
With Capture for iPad, you can record and save multiple songs on an iPad, and Capture is the only app that provides direct wireless transfer of your recordings to PreSonus Studio One® for Mac® or Windows® (version 2.6.3 or later), where you can edit and mix. A link to a free version of PreSonus Studio One is available in the app. Songs and individual tracks can also be copied using iTunes if the iPad is connected to the computer with a USB cable.

REQUIREMENTS:
Compatible with iPad only. Requires second-generation iPad or newer, iPad Air, or iPad Mini and iOS 7 or later. Works with iPad-compatible (MFi) audio interface (including PreSonus AudioBox iOne and iTwo) or the internal iPad microphone. 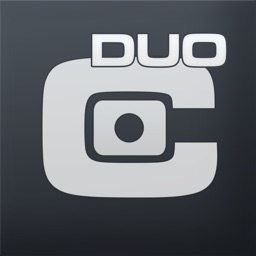 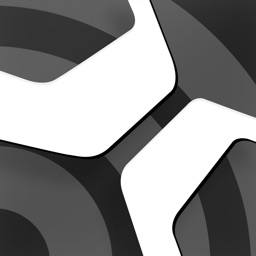 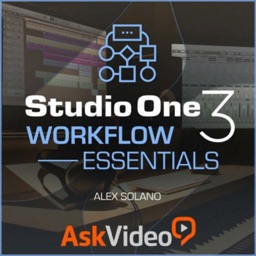 Workflow Course for Studio One 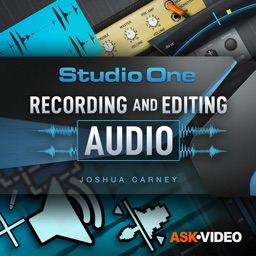 Audio Course for Studio One 5 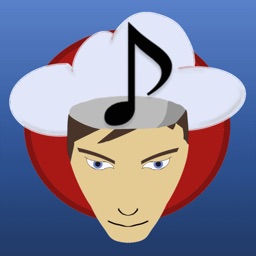 paul long
Nothing found :(
Try something else