Do you speak fluently in movie quotes? Then QuoteSpeak is for you, we're trying to come up with a movie quote for every occasion that might come up in your iMessage convos. 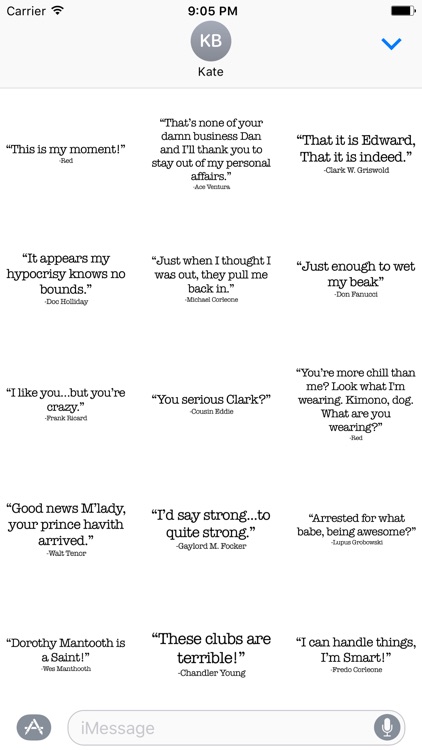 Do you speak fluently in movie quotes? Then QuoteSpeak is for you, we're trying to come up with a movie quote for every occasion that might come up in your iMessage convos.

Here's a quick tutorial for how to QuoteSpeak like a pro:

"That it is Edward, that it is indeed." -Clark Griswold (Christmas Vacation)
Use this when someone tells you something obvious!

"This is my Moment." -Red (Pineapple Express)
When you sense this is your chance to do something big like Red!

"Good news M'Lady, your price havith arrived" -Walt Tenor (Stuck on You)
Best used as a pickup line like Walt did!

"You serious Clark?" -Cousin Eddie (Christmas Vacation)
When someone tells you something that is obviously a joke.

"Just when I thought I was out, they pull me back in." -Michael (Godfather III)
When you thought you were done with something then find out you aren't!

"I'd say strong to quite strong" -Gaylord Focker (Meet the Parents)
When someone asks you something that you're not 100% sure of.

"It appears my hypocrisy knows no bounds" -Doc Holiday (Tombstone)
When you do or say something that goes against something else you did or said earlier.

"Just enough to wet my beak" -Don Fanucci (Godfather II)
When you just want a little bit of something!

"Arrested for what babe, being awesome?" -Lupus Grobowski (The Breakup)
When someone warns you about something you're doing.

"That's none of your damn business Dan and I'll thank you to stay out of my personal affairs." -Ace Ventura (Ace Ventura Pet Detective)
When someone asks you for something.

"You're more chill than me? Look what I'm wearing, Kimono dog. What are you wearing?" -Red (Pineapple Express)
When someone tells you to chill.

"I like you, but you're crazy." -Frank Ricard (Old School)
When someone asks you for something or asks your opinion on something.

"Actually a pretty nice little Saturday...we're gonna go to Home Depot..." -Frank Ricard (Old School)
When someone asks you what you're doing on a certain day.

"Dorothy Mantooth is a Saint!" -Wes Mantooth (Anchorman)
When someone insults a friend or family member (best use for your mother).

"Dogs and cats, living together! Mass Hysteria!" -Peter Venkman (Ghostbusters)
When someone is describing something getting out of control.

"I can handle things, I'm smart!" -Fredo Corleone
When someone questions your ability on something.

"You did it! The case cracker, me in the shower!" -Vincent Gambini (My Cousin Vinny)
When someone suggests something as an answer that you've obviously thought of already.

"These clubs are terrible!" -Chandler Young (Caddyshack II)
When someone blames the equipment or tools they're using instead of themselves.

"You shouldn't hang me on a hook, Johnny. My father hung me on a hook, once. Once!" -Danny Vermin (Johnny Dangerously)
When someone does something to you and you want to warn them not to do it again.

We're busy at work making more that we'll include in future updates! If you have one you'd like added just tweet us @myndarc! 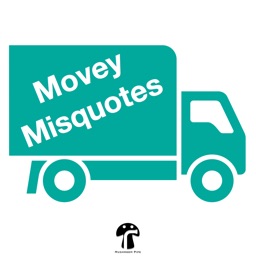 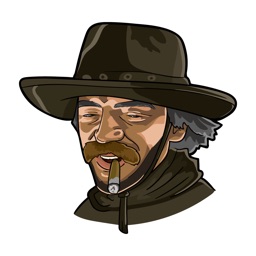 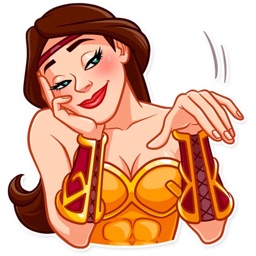 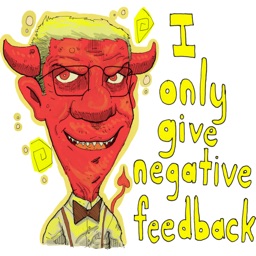 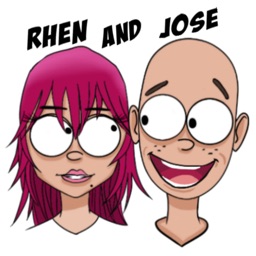 Rhen And Jose stickers by jmelendezartist

MojiLaLa
Nothing found :(
Try something else