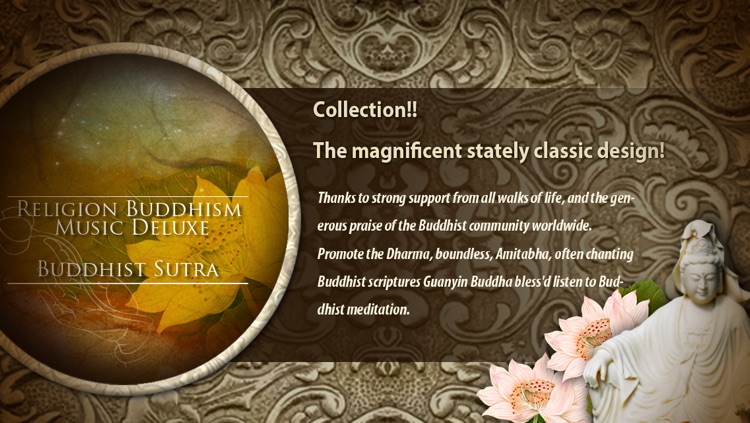 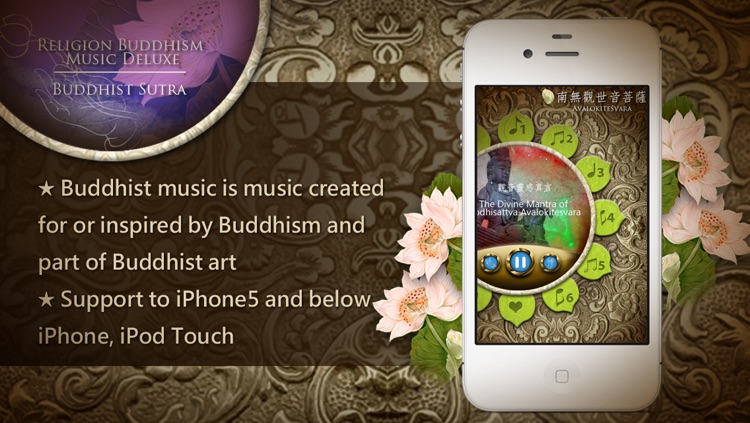 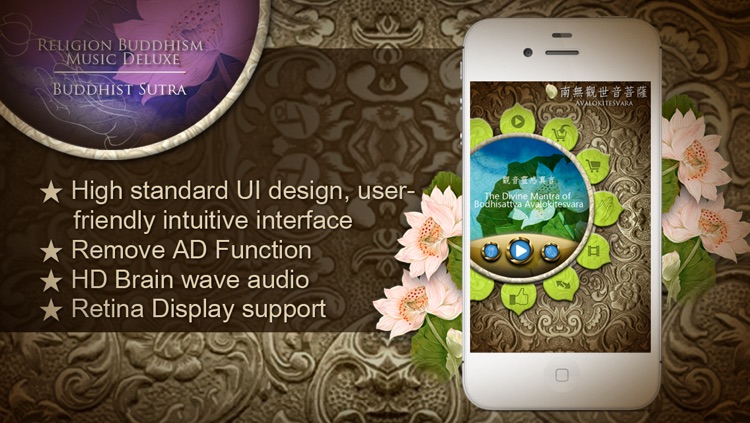 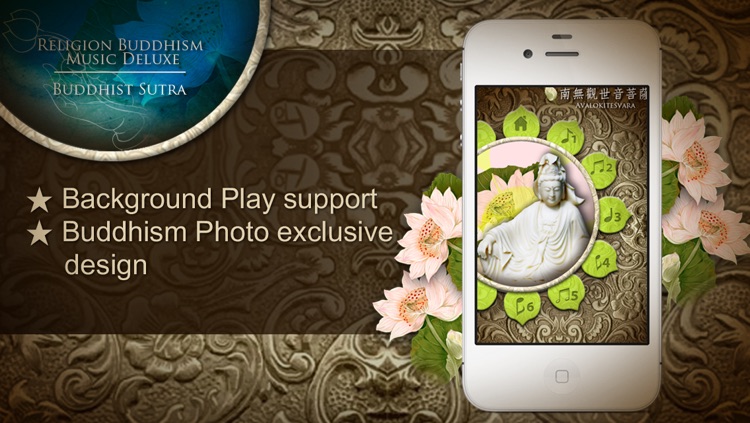 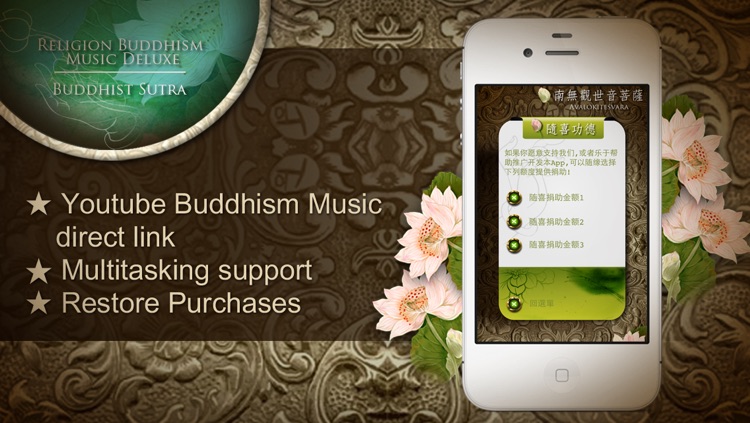 Buddhist music is music created for or inspired by Buddhism and part of Buddhist art.

Honkyoku are the pieces of shakuhachi or hocchiku music played by wandering Japanese Zen monks called Komuso. Komuso played honkyoku for enlightenment and alms as early as the 13th century. In the 18th century, a Komuso named Kinko Kurosawa of the Fuke sect of Zen Buddhism was commissioned to travel throughout Japan and collect these musical pieces. The results of several years of travel and compilation were thirty-six pieces known as the Kinko-Ryu Honkyoku.

Support to iPhone5 and below iPhone, iPod Touch

Open the App,and sleep when you place near a distance of 0.5 ~ 1 meters from the location.

Chanting
The chanting of mantras used in or inspired by Buddhism, including many genres in many cultures:
Repetition of the name of Amitabha in Pure Land Buddhism.
Repetitious chanting of Nam-myoho-renge-kyo and excerpts of the Lotus Sutra within Nichiren Buddhist
Shomyo in Japanese Tendai and Shingon Buddhism.
Throat singing in Tibetan Buddhist chants

Tibetan styles
Tibetan Buddhism is the most widespread religion in Tibet. Musical chanting, most often in Tibetan or Sanskrit, is an integral part of the religion. These chants are complex, often recitations of sacred texts or in celebration of various festivals. Yang chanting, performed without metrical timing, is accompanied by resonant drums and low, sustained syllables. Other styles include those unique to Tantric Buddhism, the classical, popular Gelugpa school, the romantic Nyingmapa and Sakyapa and Kagyupa 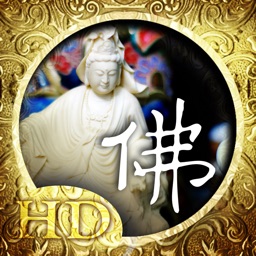 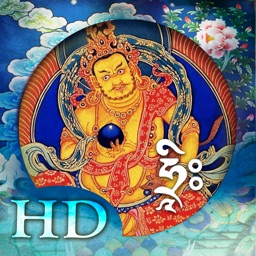 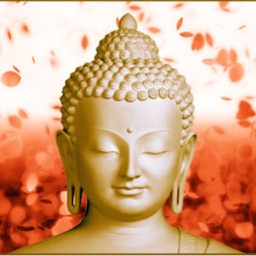 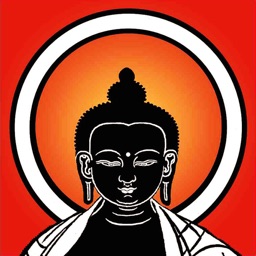 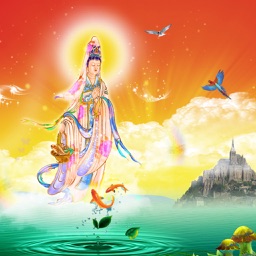 Steven Zhou
Nothing found :(
Try something else