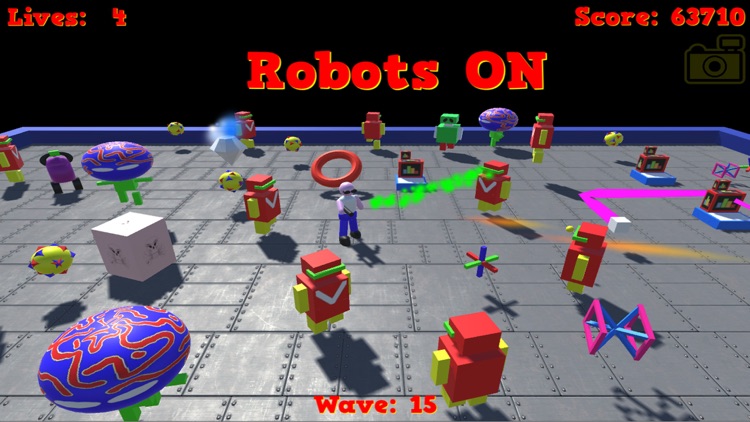 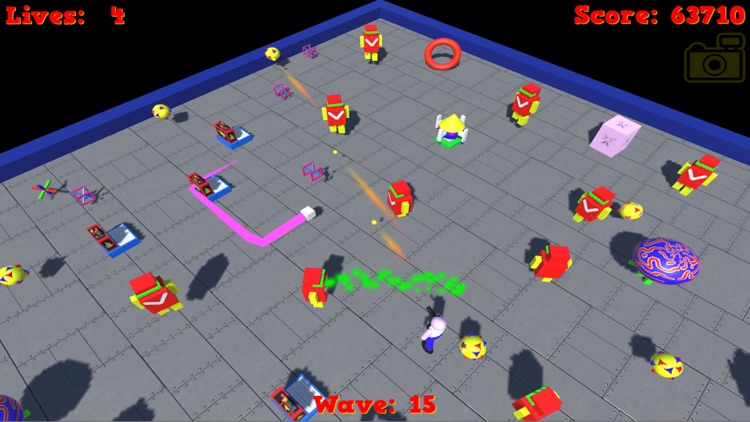 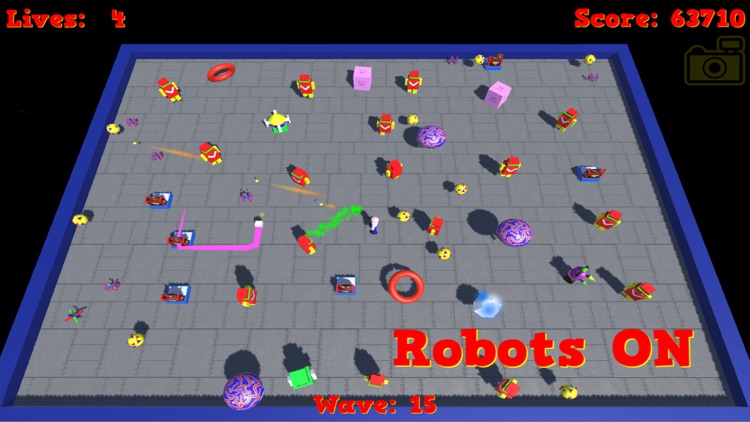 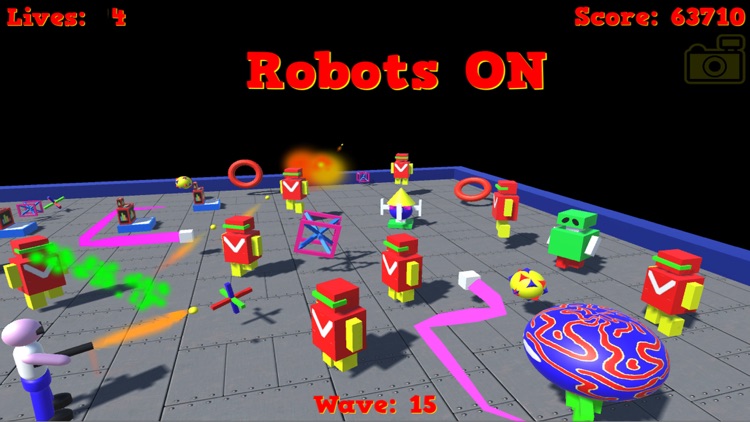 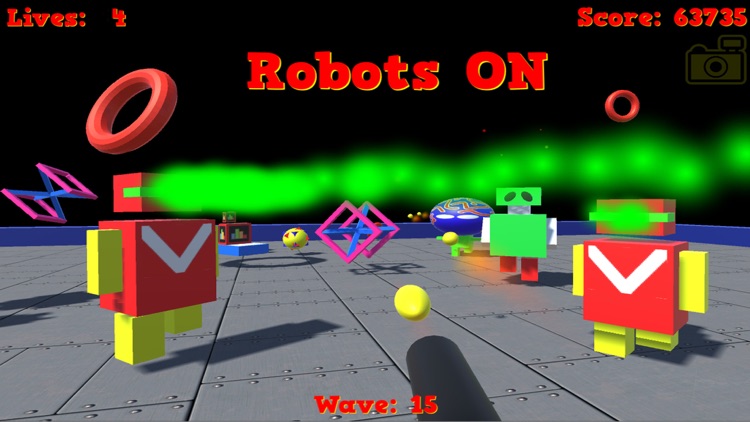 Can you defeat the swarm of killer robots in this old school arcade classic.

This is a quick moving intensive arcade game, you will need to keeps moving and keep blasting to stay alive.

The robots are attacking in this retro game from the days of classic arcade games.

Play flat 2D mode like the original arcade games, or tap the camera icon to zoom in on action and play from several different camera angles including 1st and 3rd person modes.

These Robots run the latest Artificial Intelligence (AI 2.0a), but they are still not quite as smart as us humans. I'm assuming you are a human, please forgive me if you are ... er something else...

Anyway another advantage is that you get about a 2 second start on the robots, while they are powering up, but all too soon its "Robots On" and you need to move. Make the most of the vital few seconds to target the most powerful and difficult robots first.

The action is manic, you are out numbered a thousand to one by the collective bunch of evil killer robots.

To get to the next level you must destroy all Robots, accept the Grunts which are indestructible.

Be sure to collect the specials and power ups along the way :-

Star : Auto aim on, this will override aiming for a short term and target the most
dangerous robots.

Firing controls - Tap on the board, or on a robot to fire in that direction.
Tap off the board to fire straight ahead.
Hold finger down for rapid fire.

That's it, easy - download "Robots On" now and help prevent the killer Robots from overwhelming the human race.

Similar Apps to Robots On 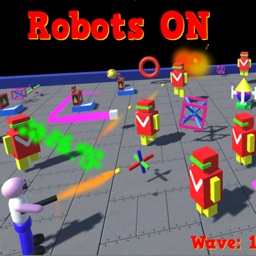 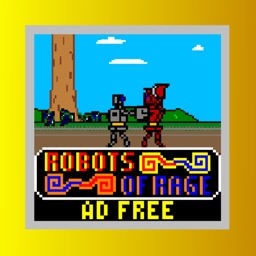 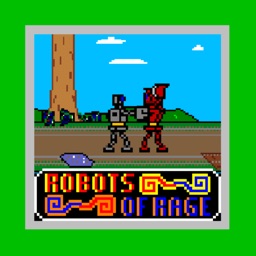 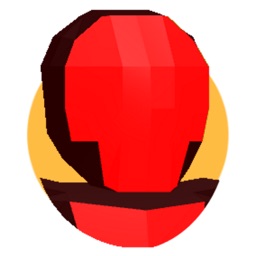 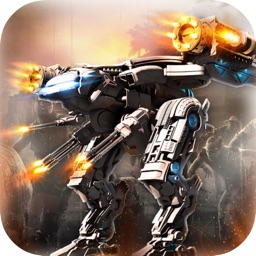 NGUYEN DANG HIEU
Nothing found :(
Try something else