Rook is a popular trick-taking card game using a special card deck numbered from 5 to 14 (and optionally 1) in 4 suit colors, plus a Rook card. In this app, the Rook card is a castle chess piece and the cards are designed to be color-blind friendly. 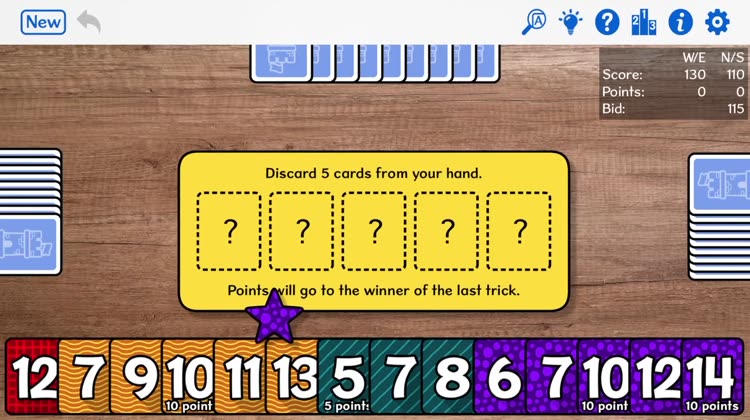 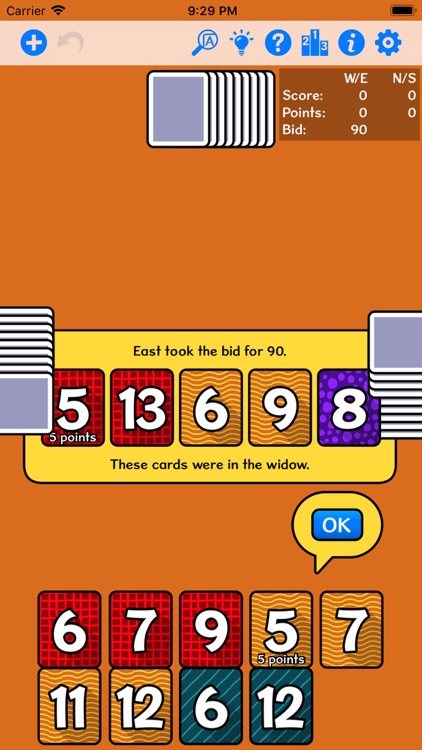 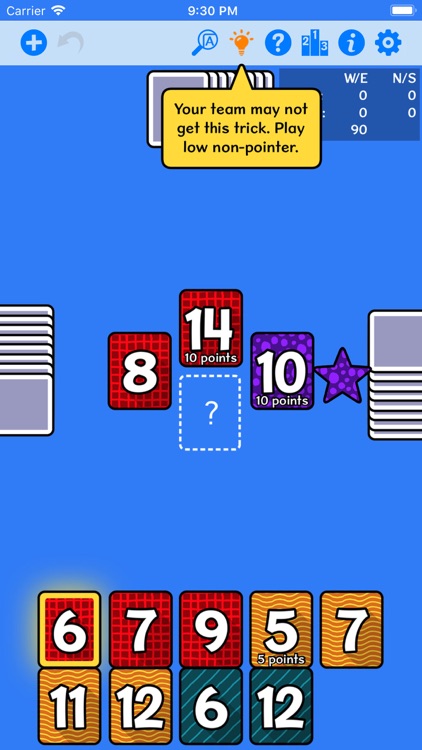 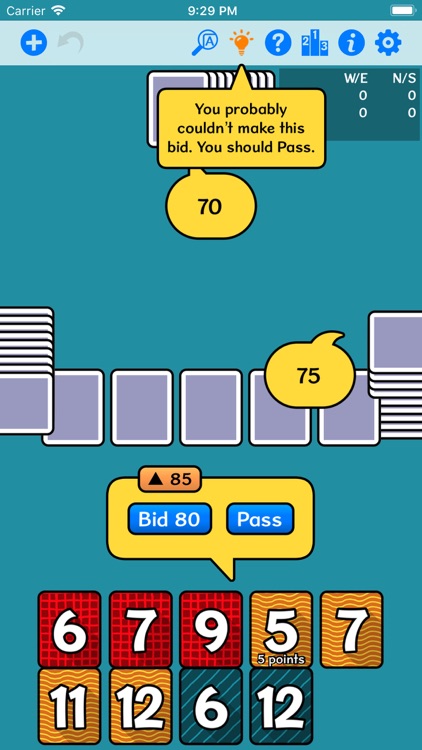 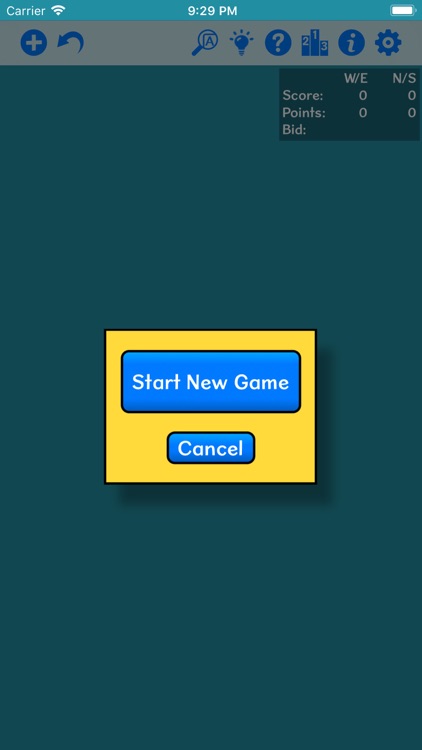 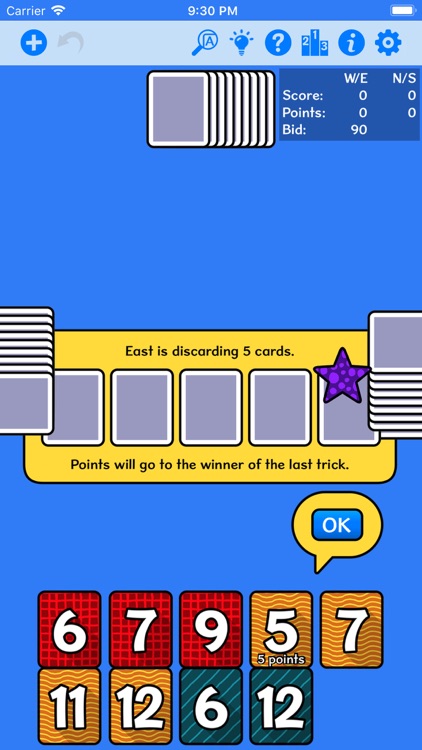 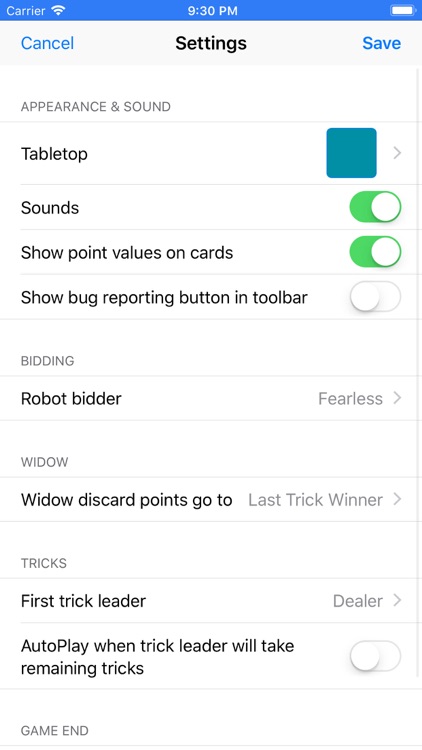 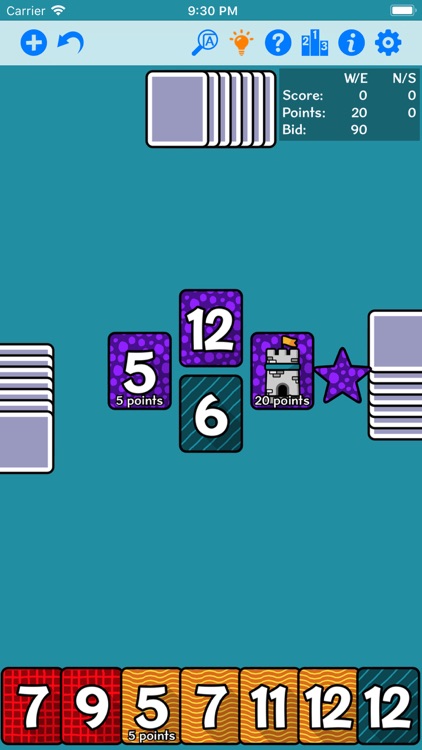 Rook is a popular trick-taking card game using a special card deck numbered from 5 to 14 (and optionally 1) in 4 suit colors, plus a Rook card. In this app, the Rook card is a castle chess piece and the cards are designed to be color-blind friendly.

Dealing: Deal passes around table for each hand, to the left. Dealer deals 9 cards to each player, and 5 cards to the widow in the middle of the table.

Bidding: Players bid for the right to name the trump suit. The player to the left of the dealer starts the bidding at 70 (or passes), and bidding proceeds to the left, usually in 5 point increments. A player that passes is out of the bidding for that hand.

Widow, Naming Trump: The high bidder collects the 5 widow cards (which are shown to all players), names a trump suit for the hand, and discards 5 cards from her hand (not shown to the other players). The 5 discards can include point cards which will, depending on your settings, go to either the high bidder or the winner of the last trick.

Tricks: The dealer (or the high bidder, you can change this) leads the first trick. Play proceeds to the left until all 4 players have played one card. Players follow suit unless they are out of that suit (or play the Rook card to win a trick with lots of points). If a player cannot follow suit, any card may be played. If there were no trump cards played on a trick, high card in the lead suit wins the trick. If trump cards were played on the trick, the highest trump card wins the trick. The trick winner pulls in the cards (adds them to his won tricks pile), and leads the next trick. The Rook card is the highest card of the trump suit. The ranking of cards from high to low is Rook-14-13-12-11-10-9-8-7-6-5.

Hand results: Both teams count the points from their won tricks piles: Rook card is worth 20; 14 and 10 cards are worth 10 each; 5 cards are worth 5. The other cards count nothing. If the bidding team did not score enough points to cover its bid, its score decreases by the bid amount.

A paid Rook Gold app with no ads is also available on the App Store. 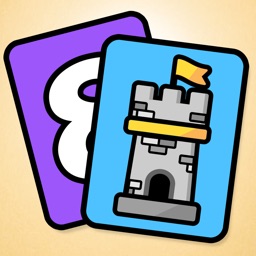 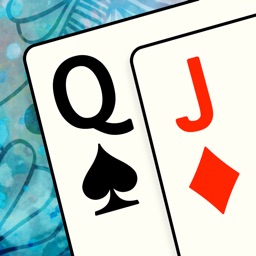 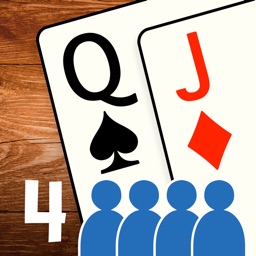