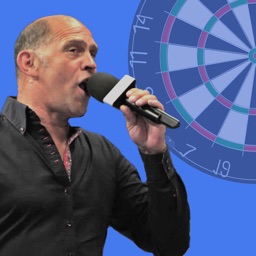 ***** 5 star award in Apps Magazine. "Russ Bray will speak your name and work out the scores for you, and there are so many features here we cannot possibly cover them all. It is a brilliant and ambitious darts scoring solution in app form". 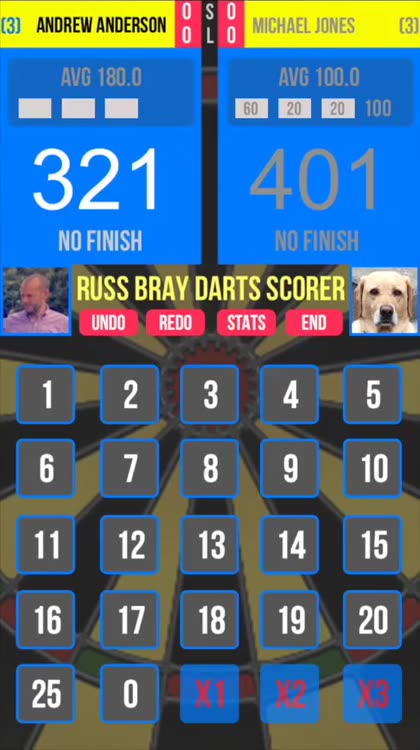 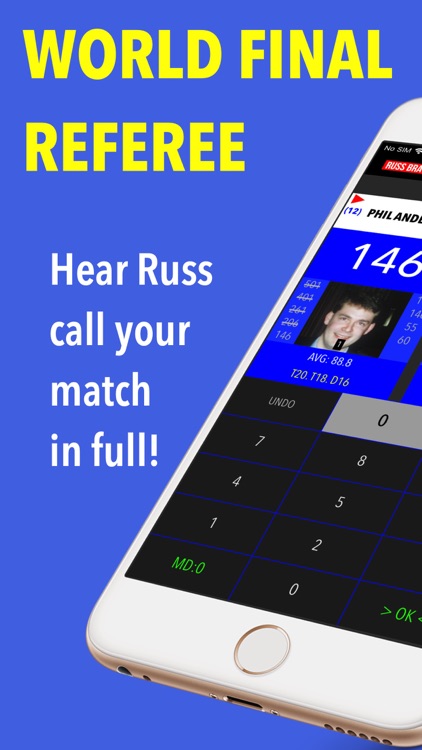 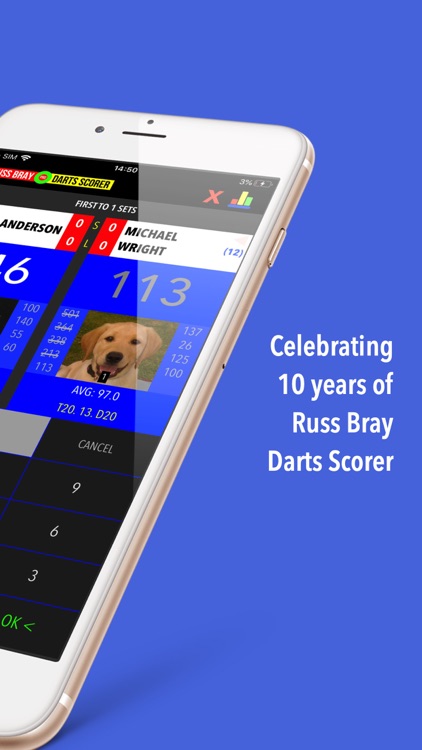 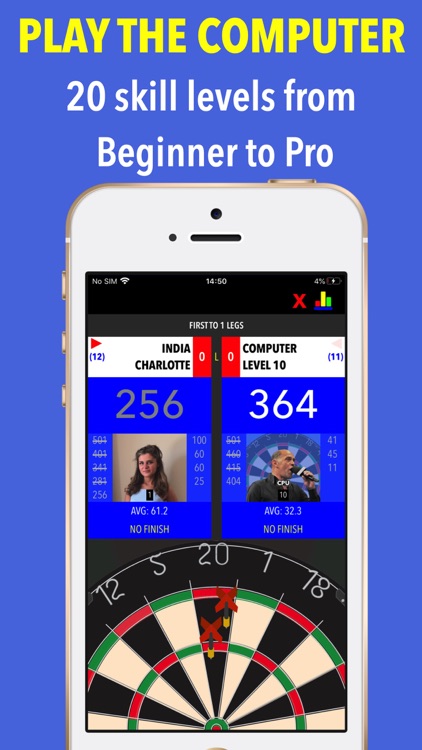 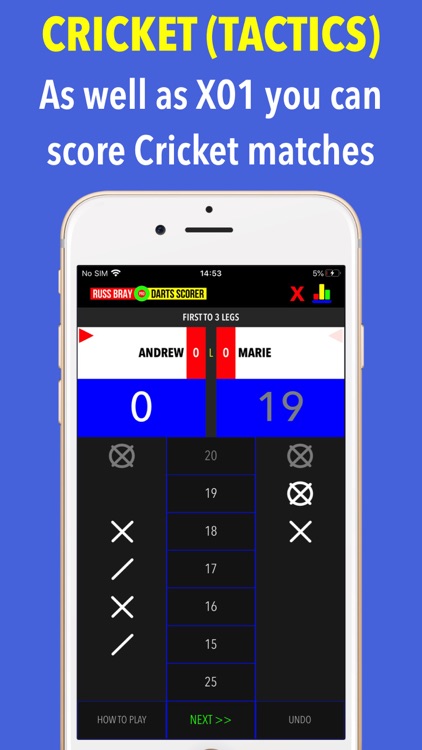 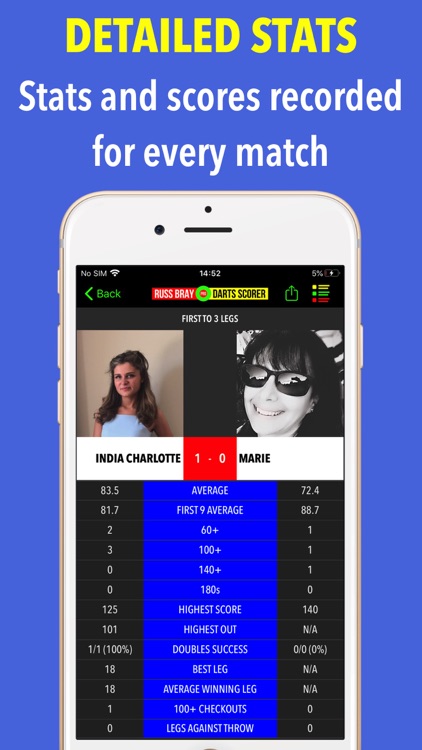 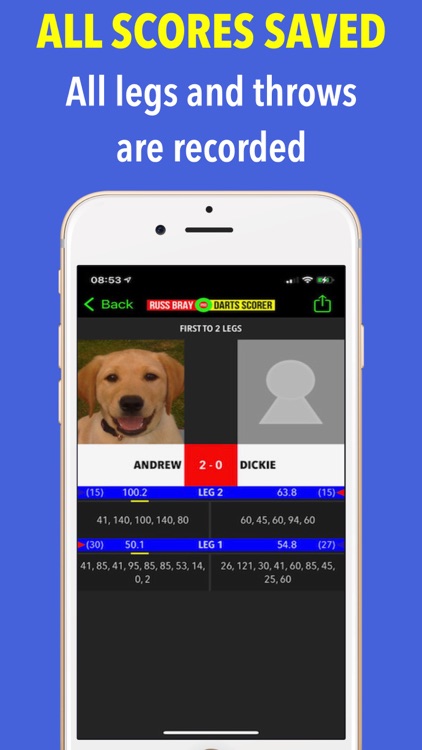 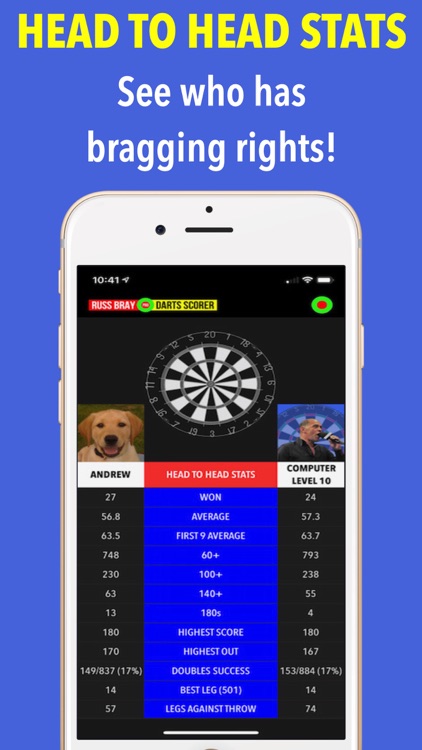 ***** 5 star award in Apps Magazine. "Russ Bray will speak your name and work out the scores for you, and there are so many features here we cannot possibly cover them all. It is a brilliant and ambitious darts scoring solution in app form".

Russ Bray referees at all major Sky TV Professional Darts Corporation (PDC) tournaments including the World Championships. He is widely considered to be the best darts referee in the world.

In the app Russ referees your darts match in full including speaking your name, throws, total left, and shot-outs with his silky vocal tones exactly as he does on TV.

Game, shot and the match to Russ Bray Darts Scorer!

VERSUS (2 PLAYER):
You and a friend battle it out on the oche.

PLAY COMPUTER):
Play X01 and Cricket against the computer.

HEADLINE FEATURES:
- World professional referee Russ Bray calling all the shots just like as he does on TV.
- Personalised audio, hear Russ speak YOUR name (over 3000 names including nicknames). If your name is not available you can request Russ to record it for you personally.
- Set your own custom start number between 101 and 9999.
- Cricket scoring.
- Save matches and resume them at any time.
- Match history and detailed stats for the current match and all past matches including average, first 9 average, best leg (darts thrown), highest checkout, highest throw, doubles hit, legs against throw and score counts (60's, 100's, 140's and 180's counts).
- Individual throws are all recorded.
- Head to Head match stats.
- Score the total for the each throw or dart separately.
- Option to automatically switch entry mode to single dart when on a finish.
- ProScore option for manually tracking of missed doubles (MD), and darts thrown when finishing or busting a score.
- Option to have an open ended game (set winning target to 0).
- Play with leg or set scoring (3 or 5 leg sets).
- Averages and checkouts can be displayed when a finish is available.
- Bull up to decide starting player.
- Tie breaks to win by two clear legs.
- Play the computer at ten skill levels.
- Play with handicaps.
- Real to life TrueThrow mechanics with the computer throwing intelligently depending on the match situation.
- Create your own computer players at any level (mimic the pro's).
- Undo any score including after the leg or match has finished.

Note: We want you to enjoy the app and get the most from it. If you have any issues or comments use the support link from within the app or via iTunes and we will contact you as soon as possible. 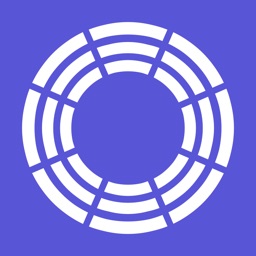 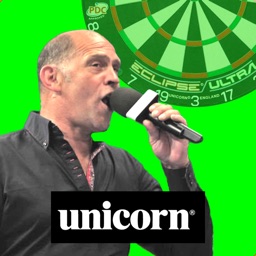 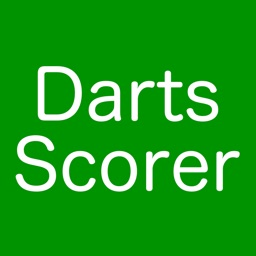 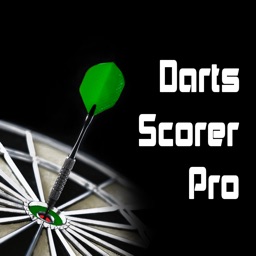 Iulian Sadagurschi
Nothing found :(
Try something else