You are using an outdated browser. Please upgrade your browser to improve your experience.
Siri commands
iPhone iPad Siri
FREE in the App Store 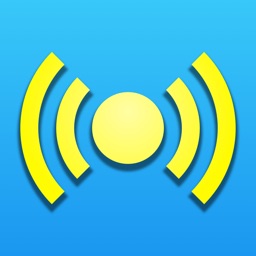 A hands-free and audible Twitter client. Automatically refreshes to speak and display the latest Tweets. You choose the voice! 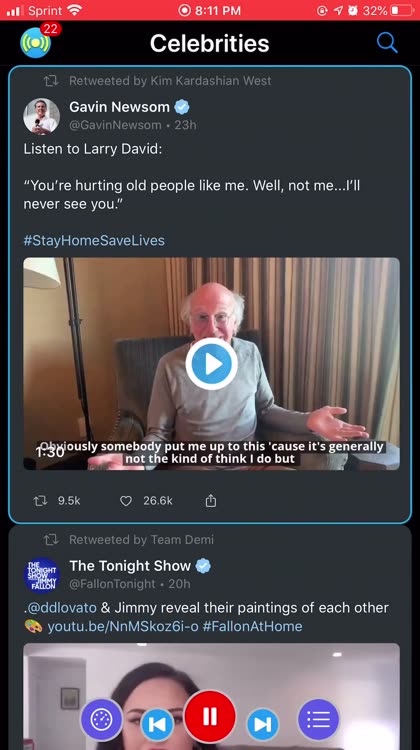 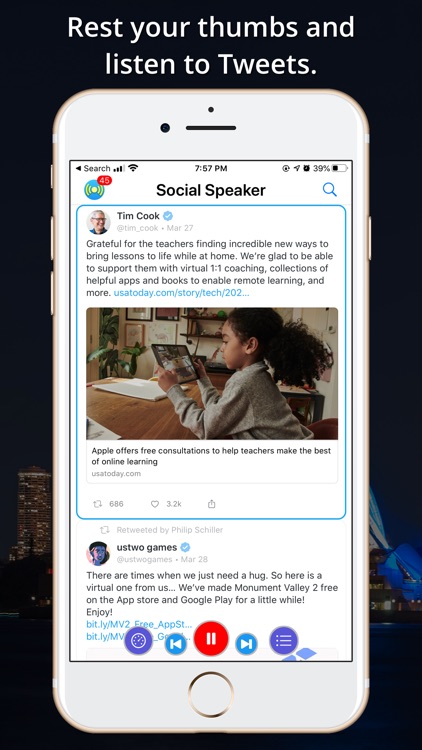 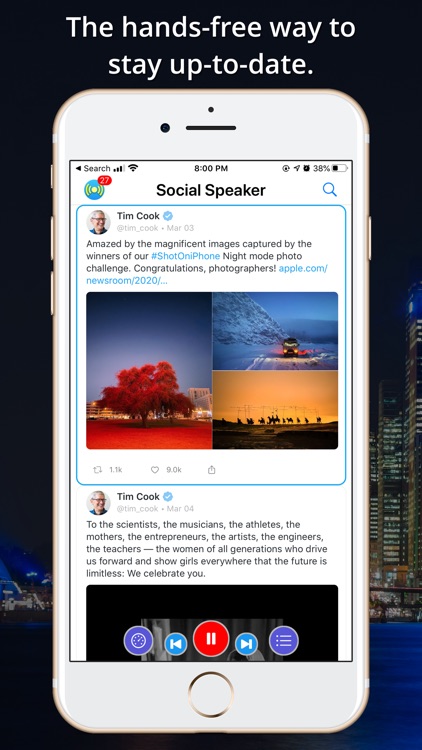 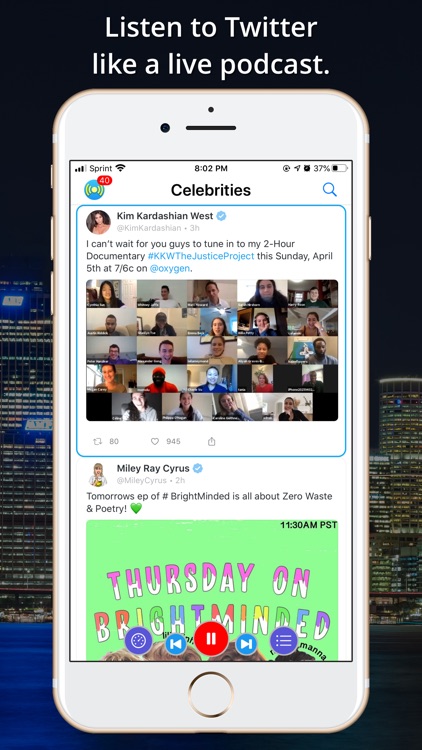 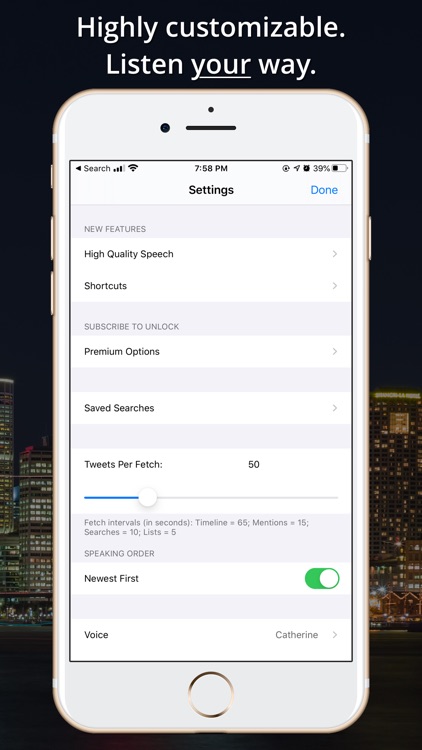 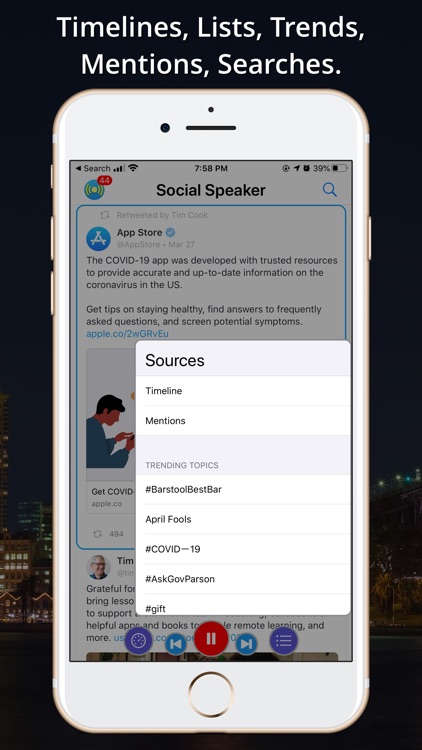 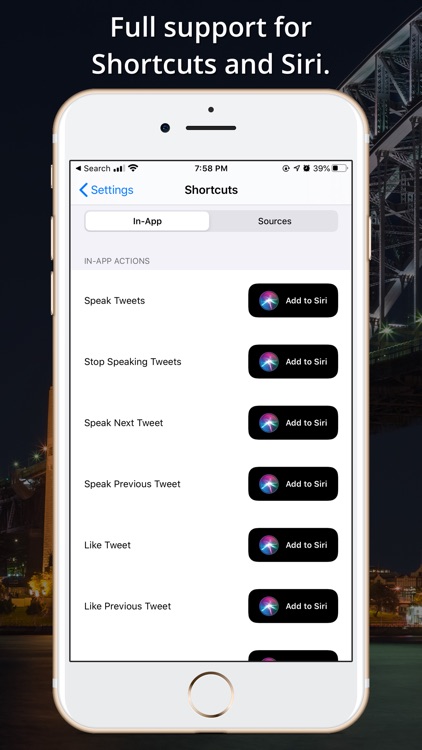 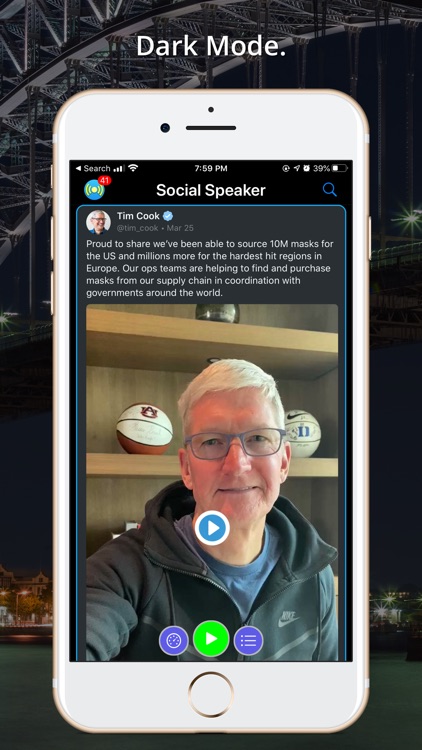 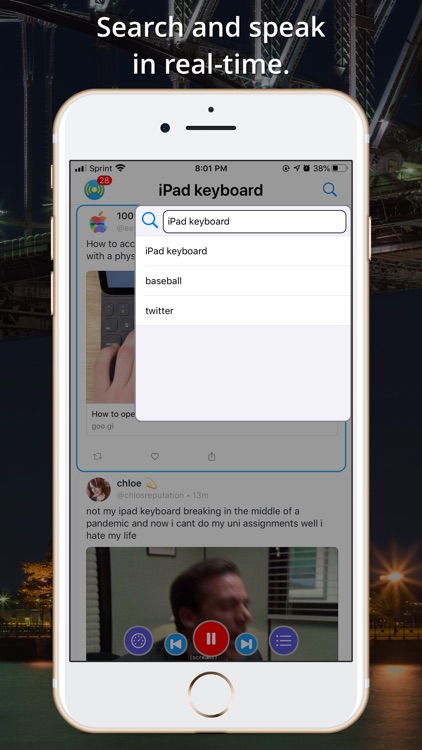 A hands-free and audible Twitter client. Automatically refreshes to speak and display the latest Tweets. You choose the voice!

Features:
○ No need to pull to refresh. Listen to the latest Tweets as you multitask.
○ Speak Tweets from your Timeline, other user's Timelines, other user's Likes, Searches, Mentions, Trending Topics or Lists.
○ Control Tweet playback and operations with your voice using Voice Control and Shortcuts.
○ Language detection: speak Tweets in the language they were written.
○ Detect and speak reply threads (i.e. Tweetstorms) from the same user in chronological order.
○ Sound triggers: Play a sound when certain words or phrases are in a Tweet.
○ Choose from any of the iOS speaking voices installed on your device (we recommend any of the Siri voices).
○ Set the speaking rate. Available speeds are 1x, 1.5x, 2x, 4x, 8x and .5x.
○ View Tweets in-app or open them in your preferred Twitter client.
○ Follow/Mute/Block users.
○ Live-updating Retweet and Like counters.
○ Save links to Pocket.
○ Dark mode.
○ Full Apple Watch support.
○ Profanity filter.
○ Accessible (VoiceOver and Voice Control).
○ Kaomoji/emoji art: the most popular of these are detected and spoken aloud.

Premium options (via subscription and in-app purchases):
○ Text detection in images attached to Tweets.
○ High Quality Speech Voices: purchase tokens to speak Tweets in higher quality voices that get encoded to shareable MP3 files.
○ Continuous fetch: keep attempting to retrieve and speak Tweets while the app is in the background or the device is locked. Note: this means Tweets may begin speaking after periods of silence.
○ Video/Animated GIF autoplay.

Our Story:
It has been a long, winding journey. Version 1 of Social Speaker barely had a user interface. You set up your Twitter account and that was about it. The unique feature was that it allowed you to say "Hey Siri, speak Tweets", and Siri would go fetch Tweets from your Timeline and speak them to you. This was ground-breaking, but it was before Siri Shortcuts, so room for expansion and customization was limited.
That's why version 2 changed direction and became more of a full Twitter client, similar to what you see now (although decidedly more polished). You could choose to speak Tweets from your timeline, mentions, lists and searches. You could use any iOS accessibility voice that had been installed on your device. You could like and retweet. You could also speak threads (Tweetstorms).
Since then it's been an ongoing process of refinement and adding features to make the app the most powerful client for users wanting a hands-free Twitter experience. The journey came full-circle with version 3, with the reintroduction of Siri via Shortcuts. Now the app can be fully controlled via voice, as originally intended in version 1. This version also added high-quality voices, which greatly improve the clarity and quality of speaking.
What's to come? We're thinking big, and we're excited to share it with you!

If you find the app useful, please take a moment to RATE and REVIEW it. These ratings are essential for independent developers on the App Store. And we promise to respond to EVERY SINGLE REVIEW!

Got an idea for a new feature? We want to know! Many of our best features were suggested by users, and we can usually add them by the next release. Send feedback and suggestions to:
socialspeaker@obeemobee.com.

Subscription terms:
Payment will be charged to your Apple ID account at the confirmation of purchase. Subscription automatically renews unless it is canceled at least 24 hours before the end of the current period. Your account will be charged for renewal within 24 hours prior to the end of the current period. You can manage and cancel your subscriptions by going to your account settings on the App Store after purchase. 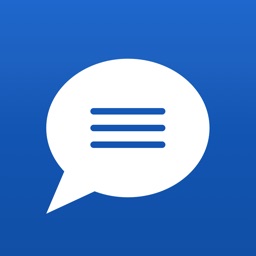 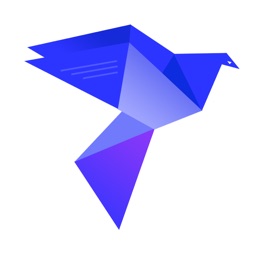 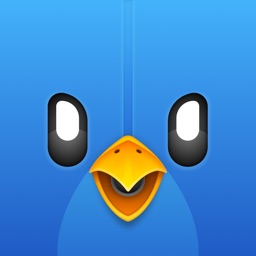 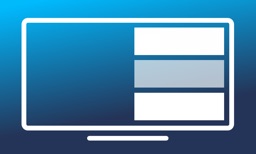 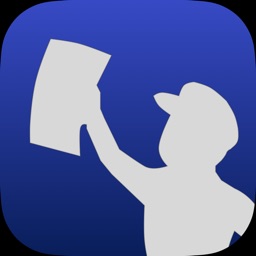 Cubesoft SARL
Nothing found :(
Try something else