Gear up for its time to take Steve for a Scuba Dive! Fight the GIANT octopus and evade the swift sea MONSTER! 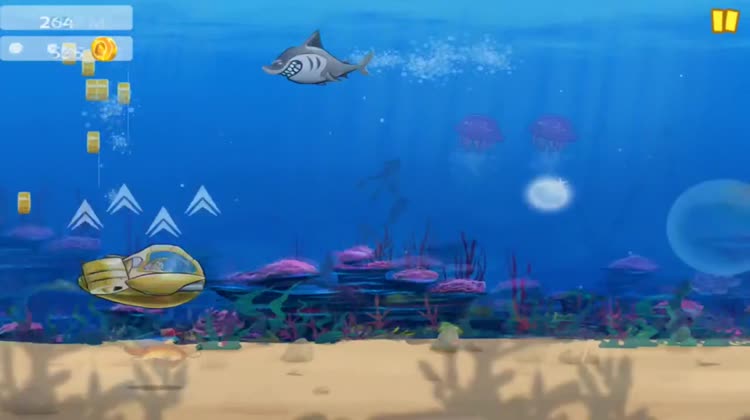 Speedy Scuba Steve is FREE but there are more add-ons 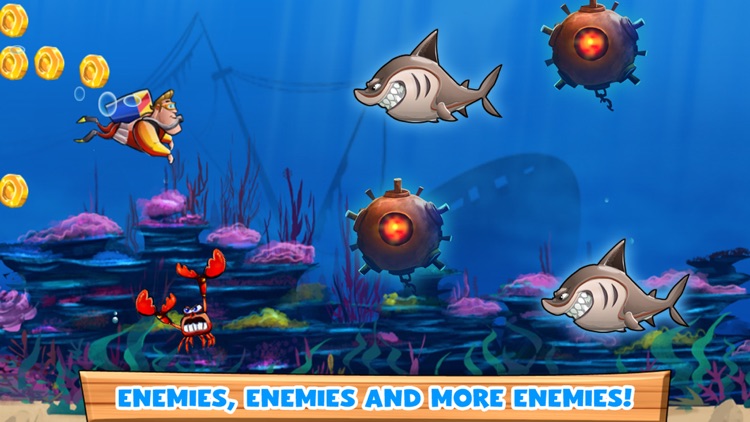 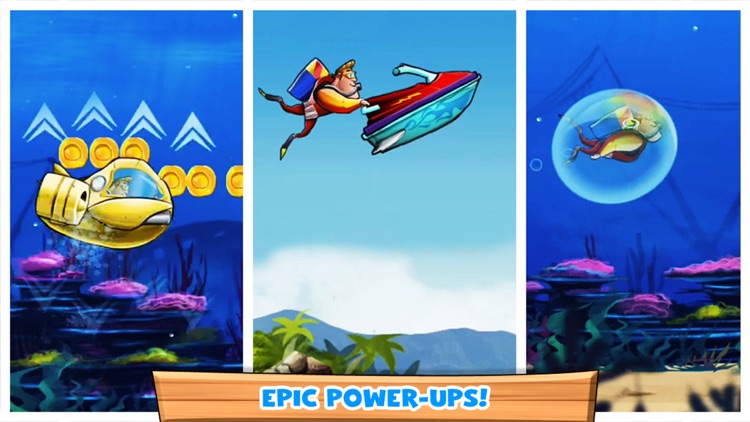 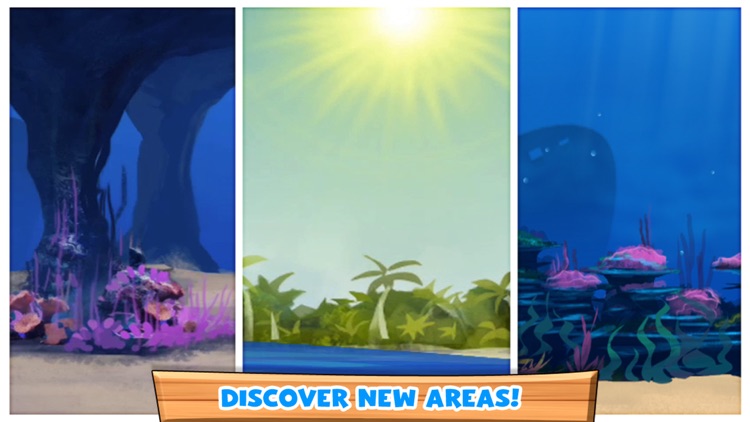 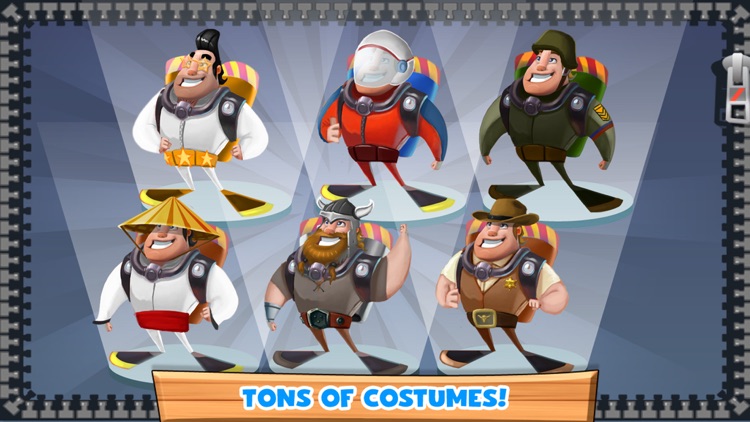 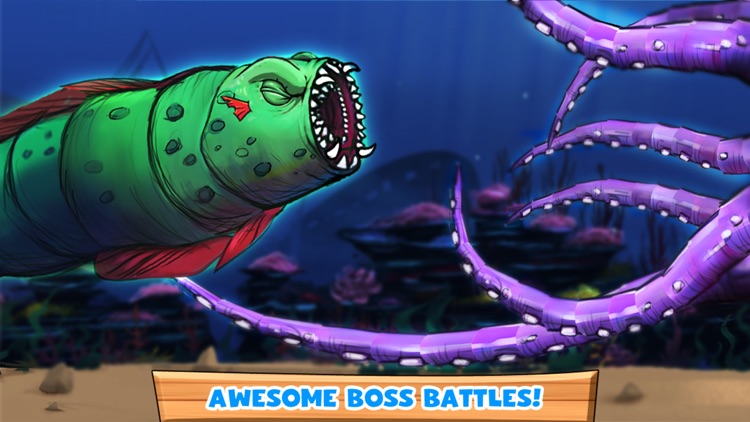 Gear up for its time to take Steve for a Scuba Dive! Fight the GIANT octopus and evade the swift sea MONSTER!

Submerge yourself into a perilous water-world filled with dangerous animals and wondrous treasures . The boisterous sea of liberty is never without a wave!

Swim, dash and dive to avoid the many obstacles that cross your path from the ticking mine bombs to an endless sea of deadly aquatic creatures. Whiz past the jumping crabs and dive below the smiling jelly fish. Avoid the bloated pufferfish and out-swim the speedy shark in this underwater action packed ride.

Use numerous power ups at your disposal when the tide gets rough! Jet ski away from the 20000 leagues under the sea or ride along in your very own mini submarine. Conquer the waves while surfing on a speedy turtle or engulf yourself in a human sized bubble safe from the dangers of the sea.

Take on giant sea monsters in epic boss fights. Fight for your life as you tackle a huge, hungry octopus and race against a king sized sea monster. This fast-paced underwater adventure is full of thrills, gills and kills. No matter how tough things get, Scuba Steve is always up for the challenge.... are you?

Collect pearls to try your luck at spinning the wheel and earn great rewards. Take a tour of the Dive Shop and unlock cool gear and goodies as you strive to become the best scuba diver in the world.

Whether it’s tackling past a huge octopus or putting up a race against a king sized sea monster, you’re in for a watery blast! So give it a swim and make a splash!

----- AWESOME BOSS BATTLES! -----
Avoid the tentacles of the giant octopus and flee as fast as you can from the fabled sea monster in monstrous boss fights!

----- EPIC POWER-UPS! -----
Gravity Sub, Jumpin' Jet Ski, Terrific Turtles & A bubble that saves you from trouble. Lots of power-ups and each one will spring a surprise!

----- TONS OF COLLECTIBLES! -----
Collect coins & pearls and complete missions to earn even more loot from each swim. Use the loot to unlock all the GOODIES Steve has in his dive gear. Fancy an elvis costume? CHECK - Want to upgrade your Jet Ski? CHECK - Breeze through the starting with a couple of headstart turtles? CHECK - Over 50 costumes & upgrade options!

----- BEAUTIFUL GRAPHICS! -----
See the sunlight filtering through to the bottom of the Sea. Scuba Steve has visuals that are simply stunning!

----- NEVER STOP PLAYING! -----
Keep swimming, stay whacky and find amazing treasures in Scuba Steve. Compete with friends, unlock new worlds and new powerups- there is always something to do in Scuba Steve! 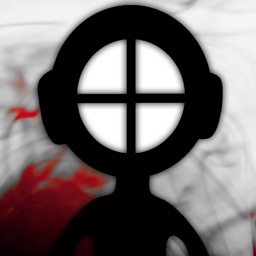 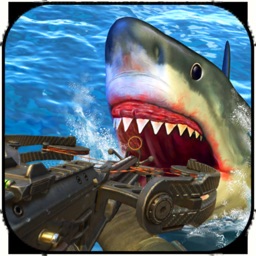 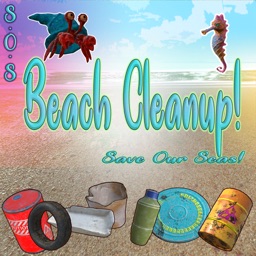 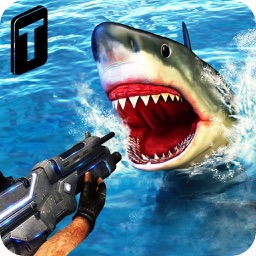 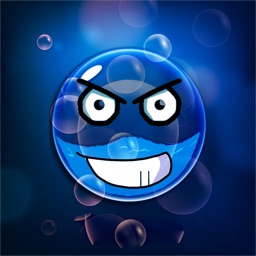 Luca Petrucci
Nothing found :(
Try something else