Spies of Mississippi is an important story about democracy. 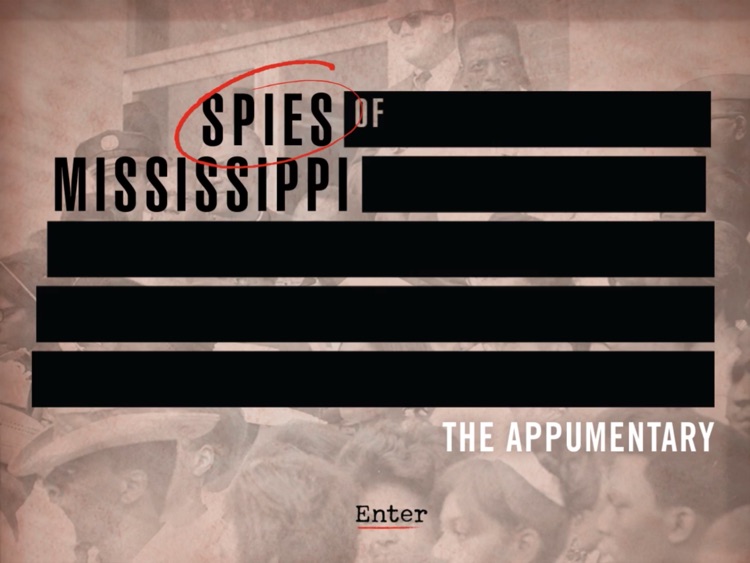 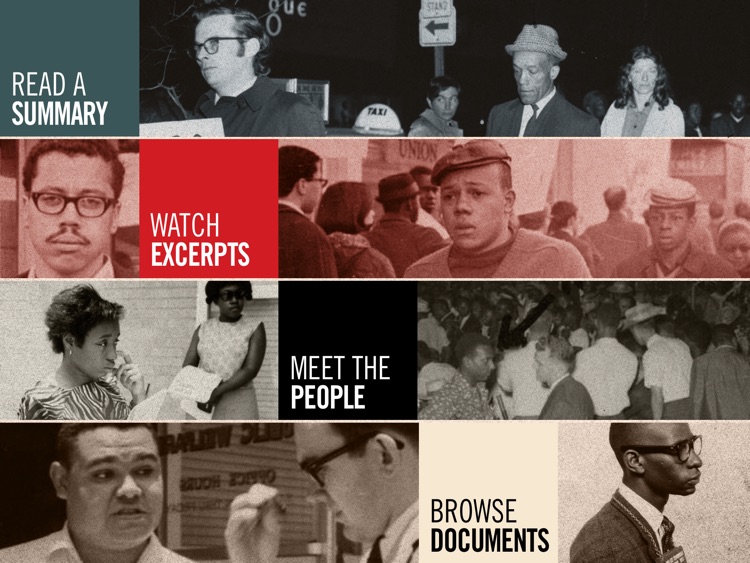 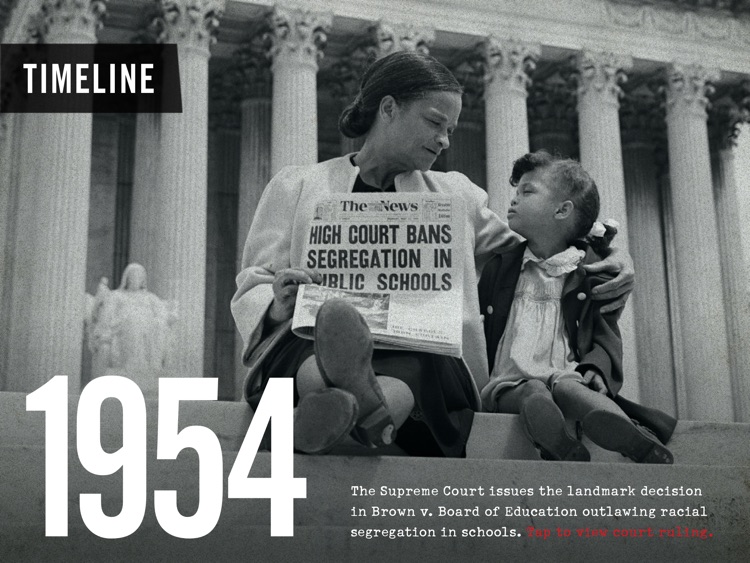 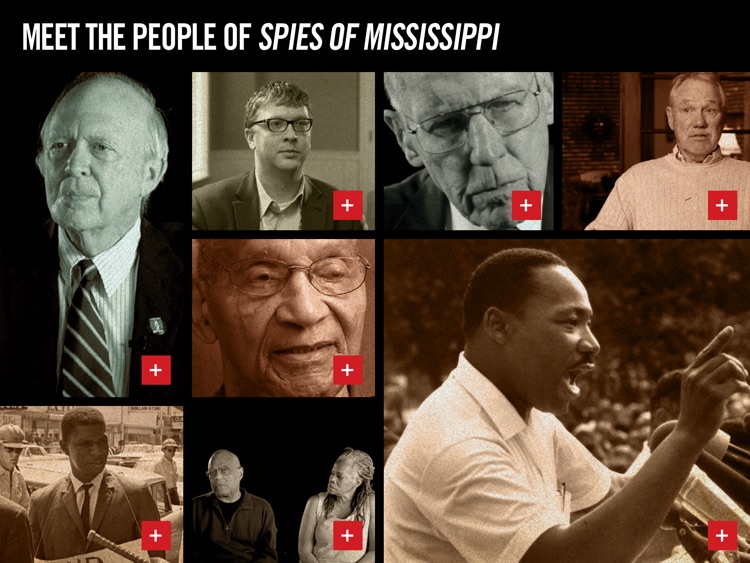 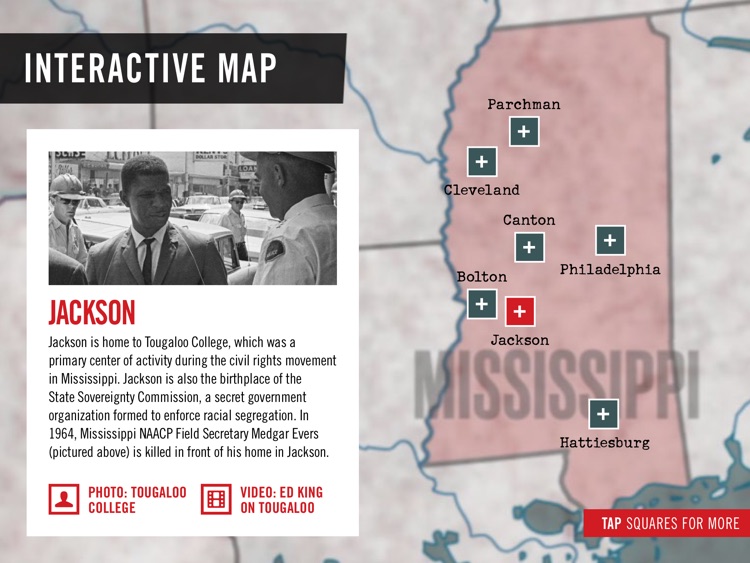 Spies of Mississippi is an important story about democracy.

It was first presented in a book by Rick Bowers, and then in a documentary film by Dawn Porter. This appumentary goes even further, converting the passive experience of reading a book or watching a movie into an activity. We hope that students and teachers will use the tools contained within this appumentary to delve into its content and derive lessons from our past. We hope those lessons can shape a brighter future.

Spies of Mississippi is an important story about democracy. From 1956 to 1997, the Mississippi State Sovereignty Commission infiltrated civil rights organizations in the state in an effort to preserve racial segregation. Documents made public in 1998 revealed the extent of the publicly-funded spy operation, with secret files on more than 87,000 American citizens and complicity in the murders of three civil rights workers.

Unlike a book or documentary, this appumentary leverages the multimedia capabilities of the iPad to enable audiences to engage, explore and respond.

• A video introduction from U.S. Rep. Bennie Thompson, D-Miss., on the significance of Spies of Mississippi.

• A summary of the film, with video from the author and director of Spies of Mississippi.

• A song written specifically for Spies of Mississippi, with shareable lyrics.

• A visual timeline of the time period depicted in the book and film, with historical photographs and corresponding documents.

• An interactive map showing where events of the book and film took place, with photographs, video and documents that correlate with each point of interest.

• Three excerpts from the film, with bios of individuals featured in the film and an assortment of once-secret documents for further exploration.

• Lesson plans and resources for teachers to bring Spies of Mississippi into their classroom, aligned with Common Core State Standards.

• Discussion questions for book groups, students and teachers, with conversation starters from those who created Spies of Mississippi.

• Content from AARP’s Voices of Civil Rights project, a collection of first-hand accounts of the civil rights movement that Bowers helped to produce. The project included a History Channel documentary that won Emmy, Peabody and Webby Awards. A traveling exhibition of photographs and oral histories now resides in the Library of Congress.

Spies of Mississippi: The Appumentary is made possible by AARP, PBS and the Andrew Goodman Foundation. It is offered free to enlighten students and teachers, and to inspire other authors and filmmakers.

It was developed and designed by Joe Zeff Design in close collaboration with Rick Bowers, Dawn Porter, and Trilogy Films.

Porter previously directed Gideon's Army, a film about public defenders in the deep South that won an award at the 2013 Sundance Film Festival. She worked with Bowers to create a 52-minute documentary film based on his 2010 book. The film was featured in early 2014 as part of PBS' Independent Lens series nationwide.

Similar Apps to Spies of Mississippi 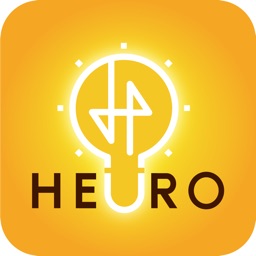 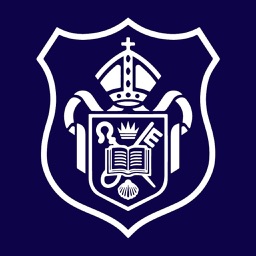 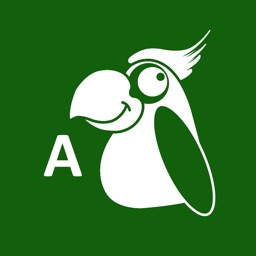 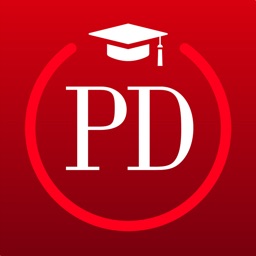 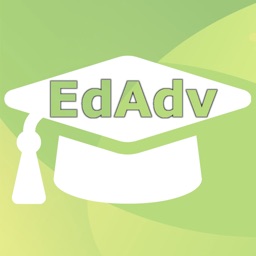 Lucas heer
Nothing found :(
Try something else