Steredenn is the mobile port of the frantic bullet hell shmup that came out on Steam, Xbox One, and PlayStation 4 back in 2015. It features randomly generated levels, multiple game modes, and amazing action.

Challenging boss fights. Steredenn gives players randomly generated levels with challenging bosses to face off against. Use everything you have and avoid their deadly attacks if you want to survive and take them down. You'll be rewarded with some nice upgrades if you can defeat them. 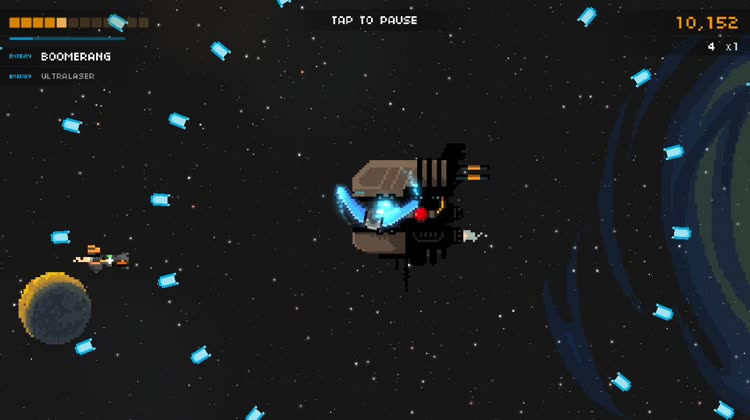 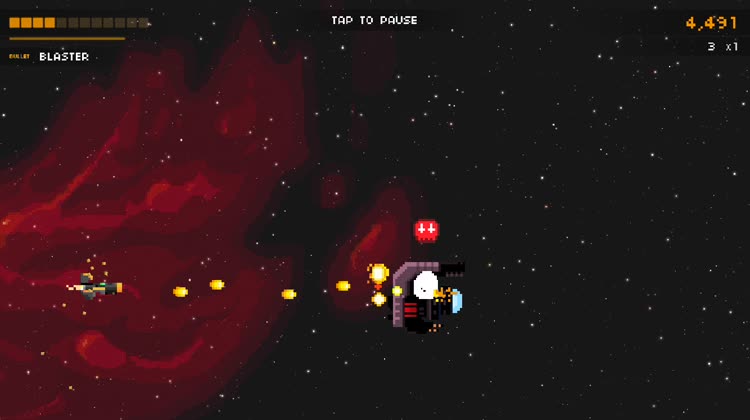 Get upgraded. Once you defeat bosses, you'll be rewarded with randomly generated upgrades for your ship. Get more health, deal more damage, explode on impact with other ships, and much more. These upgrades make it easier for you to survive in your infinite space war, so make sure to get the ones that you really need.

A myriad of weapons. The best thing about Steredenn is the variety of weapons that you can get for your ship. Though everything is randomly generated, players can find a huge arsenal ready to use. Go for the basic spread shot, shotgun, laser beams, or other more interesting melee weapons such as the Jaw, saw blades, and even a fun boomerang. There's a ton of weapons to discover so what are you waiting for? 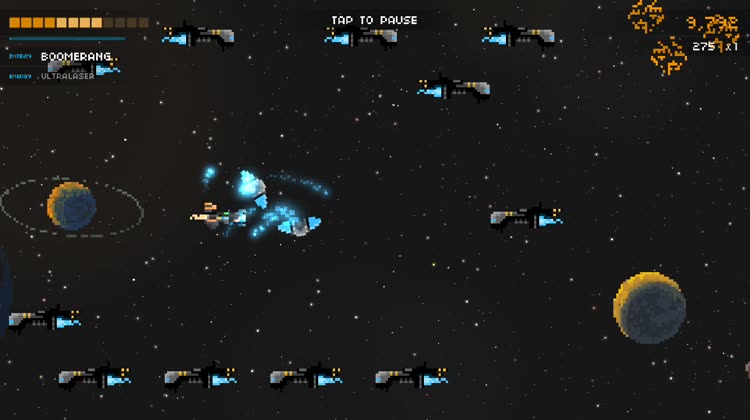 Steredenn is the mobile port of the original game that is out on Steam, Xbox One, and PlayStation 4. It's a roguelike bullet hell shmup that gives players a challenge with randomly generated runs, epic boss fights, a ton of different weapons to choose from, ship upgrades, and multiple game modes. It's the perfect shmup for those who want something interesting and entertaining.

The pixel art style is incredibly well done, the metal music is awesome to listen to, the controls are simple and intuitive, and the gameplay is challenging and keeps you coming back for more with the randomly generated runs. 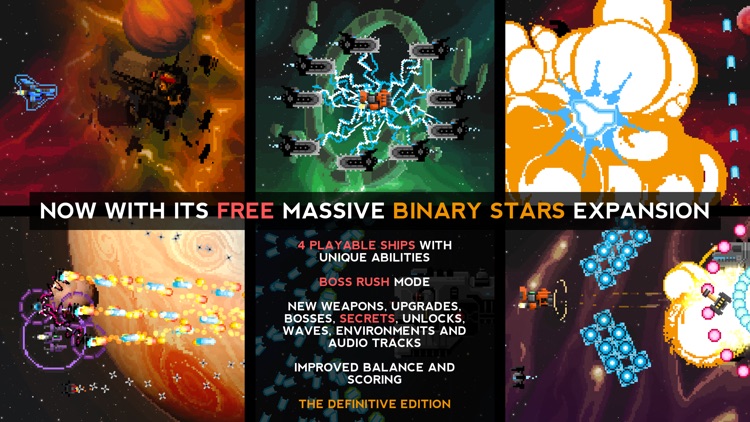 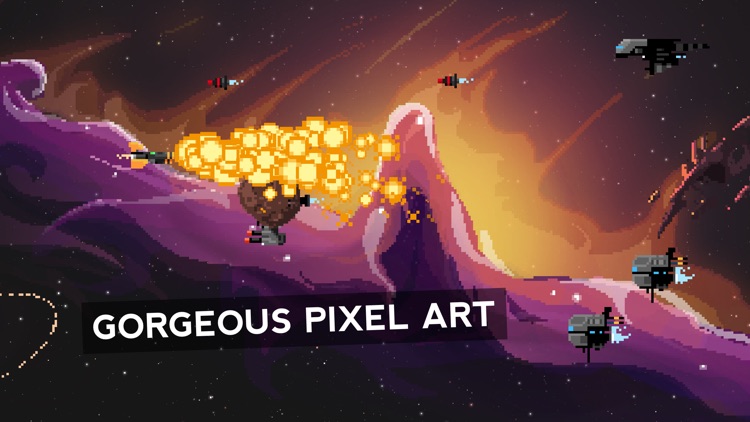 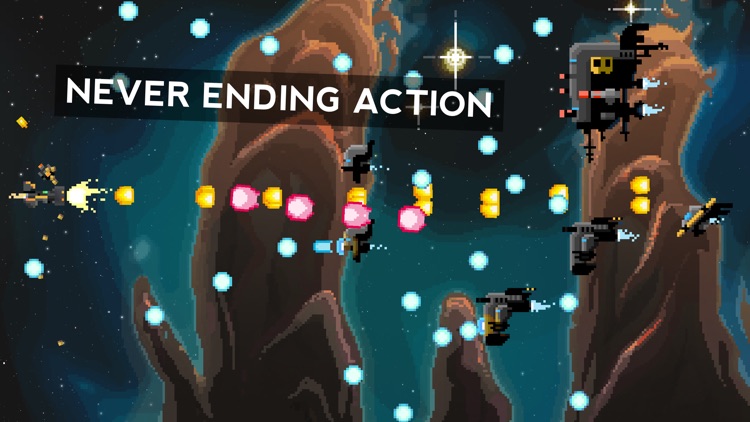 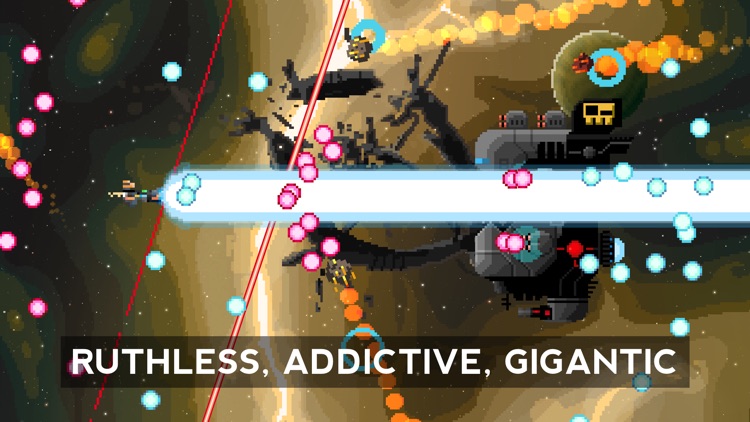 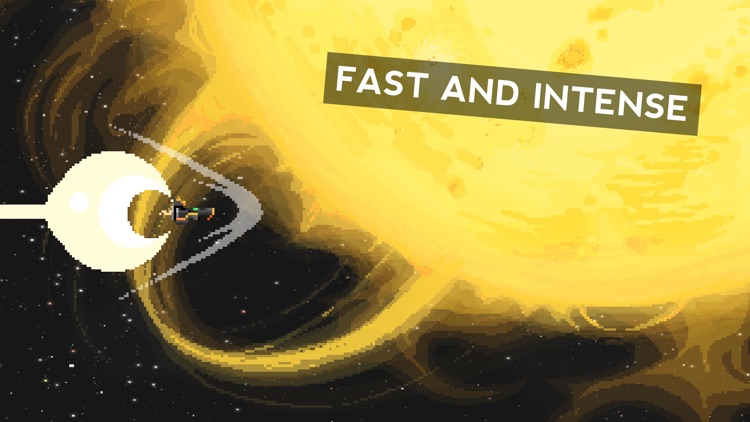 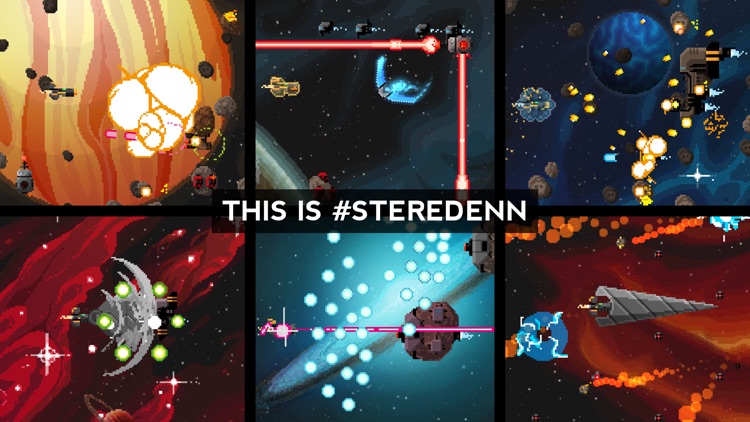 Steredenn: Binary Stars is an award-winning mashup of a classic shmup and a rogue-like, carved in big beautiful pixels, with insane boss battles. Fly solo, fighting off the worst scourges of space in a never-ending struggle for survival.

Steredenn: Binary Stars is the critically acclaimed roguelike-shmup for PC/Mac, Xbox One, PS4 and Nintendo Switch, awarded "Best Shoot'em Up 2015" by jeuxvideo.com. With a user rating around 90% on Steam and an average press rating of 8/10, it is now available on iOS!

Steredenn: Binary Stars is the hugely expanded version of Steredenn. Enjoy infinite replayability and unforgiving gameplay through intense boss fights, (almost) randomly generated environments, twisted space events and a massive arsenal of weapons. Enhance your ship during your flight with upgrades aplenty, and forge your own path across the universe!

- QUICK, INTENSE SESSIONS: with rock-hard boss battles that’ll keep you coming back for “just one more run”.
- INFINITE REPLAYABILITY: Endless arcade action, where levels are (practically) randomly-generated.
- 4 PLAYABLE SHIPS: each with its own special ability and playstyle.
- MIGHTY ARSENAL: 42 weapons and 30 upgrades with tons of customisation options. Driller, ultralaser, giant saw, robots, hypergun? We got you covered. Next-gen abilities, mysterious alien powers, improved weapons? Yep, there's an upgrade for that.
- SCORING: beat your friends and be the best!
- BOSS RUSH: fight a weekly selection of epic bosses and work your way up the leaderboard.
- DAILY RUN: Try to get to number one in a special daily leaderboard where all players share the same run, guns and bosses. Be ready - you only get one chance per day!
- ARENA: Unlock a boss by defeating it in the main game. Then, train against it in a 1-on-1 duel. Your guns, your laws, your fight.
- THE ULTIMATE EDITION: Loads of new content, reworked balancing, scoring, optimisation & always more polish. 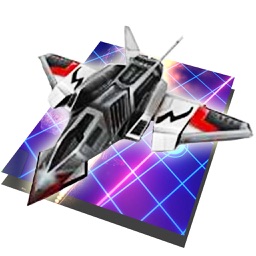 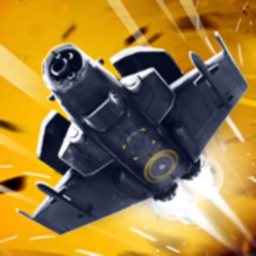 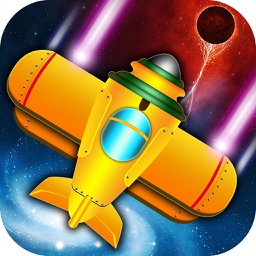 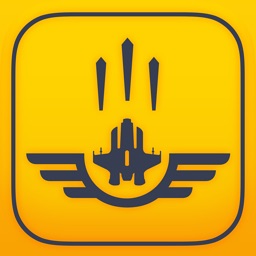 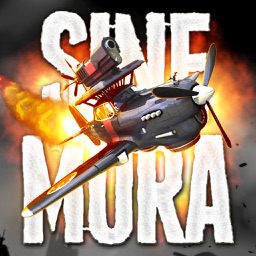 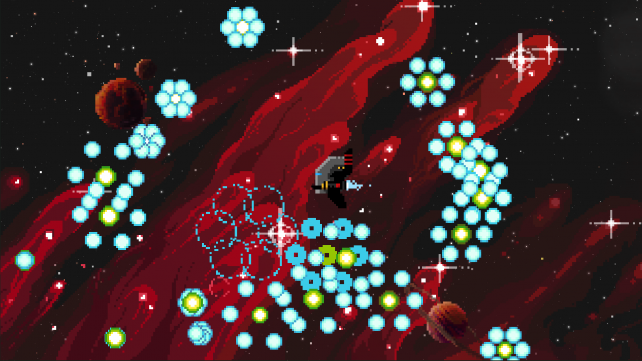 May 12 Christine Chan
Nothing found :(
Try something else