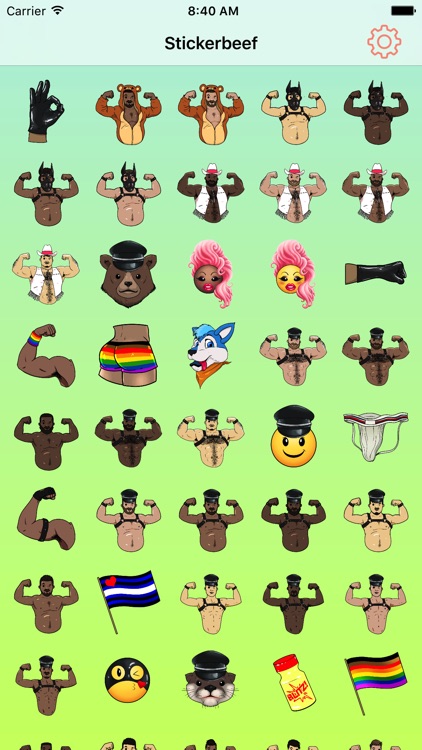 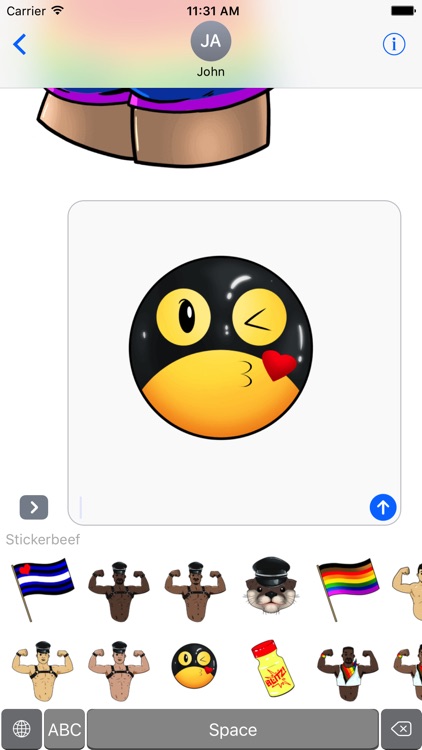 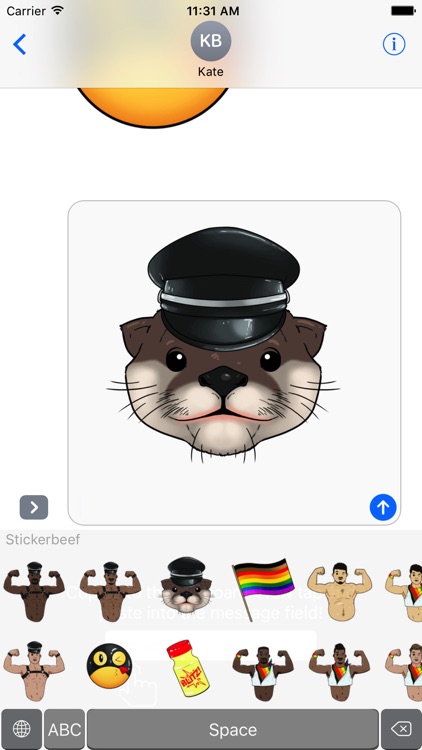 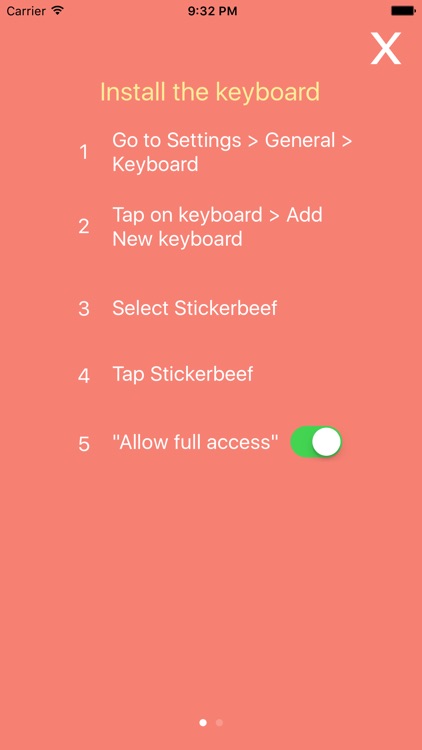 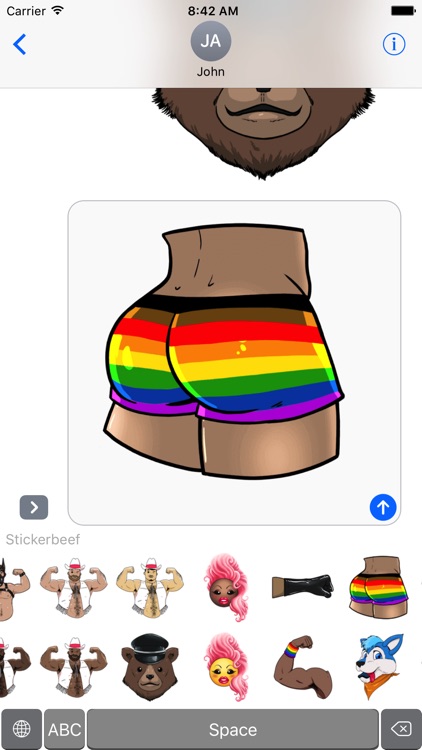 Calling all bears, otters, beefcakes,  twinks,  bronies, dad bods, beards, furries, doms,  subs, pups, kinky, freaky wild ones out there.
If you’re LGBTQA, an ally or you just like your stickers and emoji a little bit wild, then this is your app.
Stickerbeef is over 80 Hand-drawn, lovingly curated custom bits of digital art. This is the app that really lets you show your true self, whatever that may be.
Let’s face it, emojis are always so… flazéda. Blah. Basic.
Even the LGBTQA emojis and stickers are kind of… straight.
We know you’ve been waiting to let your flag fly. So wave it, baby.
Install the keyboard to copy-paste emoji into messaging apps such as iMessage, Facebook Messenger, WhatsApp, GroupMe, Instagram, Snapchat and Google Hangouts.  These Stickerbeefs can be received by anyone, anywhere – we like to think of them as little, high-resolution nuggets of rainbow mayhem that look great no matter where you share them.
We’re already hard at work with updates and new stickers!  No DLC packs or upcharges – 99 cents and you get whatever we create. Forever.

ABOUT US:
Stickerbeef is not some group of big, corporate, money hungry app developers trying to get rich – Stickerbeef is created by two guys (one from the West Coast, one from the East) with love and affection.
We like to think of it as “artisanal, small batch emojis & stickers” - the money you pay for this app is just to keep the app online and keep coming up with great art/emojis/stickers.  We want to thank all the support we’ve gotten from friends to help bring this app to life!
Please leave a review to let us know how we’re doing – or what you’d like to see in an update!
A NOTE ABOUT KEYBOARD ACCESS: Privacy is our top priority – Stickerbeef  does not collect, have, own or even SEE any personal identifying information or transmit anything you type. Turning on “Allow Full Access” only gives the Stickerbeef keyboard permission to copy and paste the emoji images. That’s it. You can also choose to share Stickerbeef content as a sticker from the app without installing the keyboard.
Learn more about the company and what we’ve got cooking at www.creatureandcrime.com
ABOUT THE ARTIST: Zachary Brunner is a graphic artist and designer who specializes in monsters and booty. He is the co-creator of the graphic novel series PLAGUE from UK publisher Markosia Comics.  He’s been named one of Instagram’s “Gay Artists To Watch” by Unicorn Booty and has been featured in Gay League, New Now Next, Instinct Magazine and The Little Gay Blog. A former storyboard artist for Torque Creative, Zach cut his teeth working on Mercedes Benz, Jaguar and BMW commercials. Now, he draws superheroes in women’s clothes. Follow him on IG @zacharyiswackary 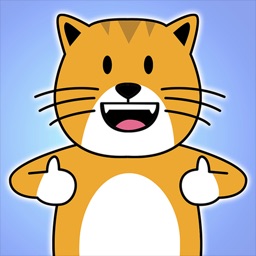 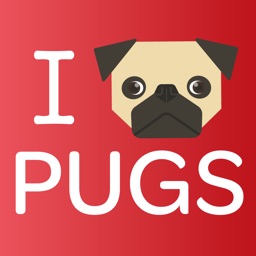 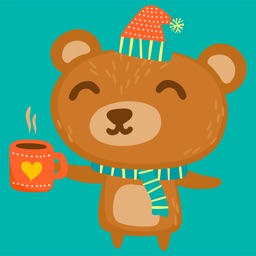 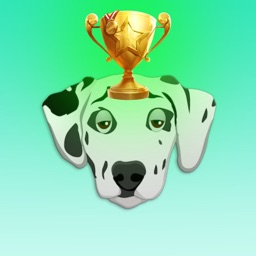 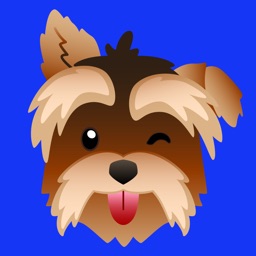 Behabo GmbH
Nothing found :(
Try something else