You are using an outdated browser. Please upgrade your browser to improve your experience.
iPad
$22.99 in the App Store 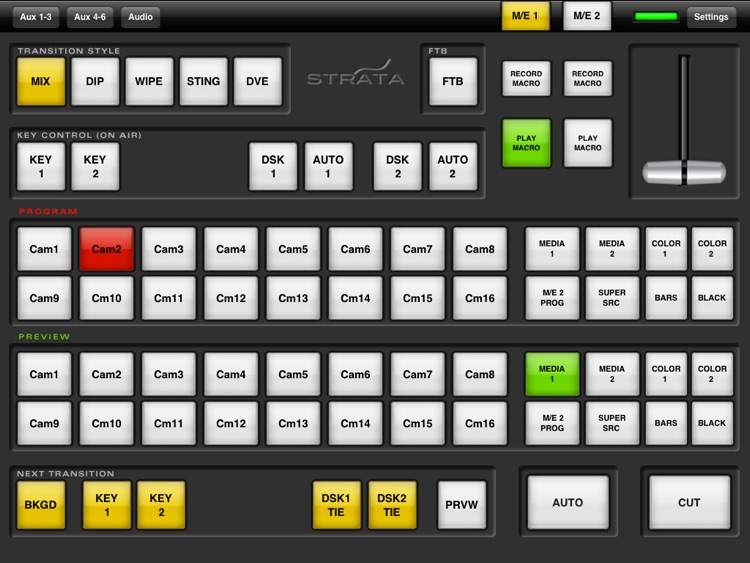 Strata connects directly to your ATEM switcher via Wifi and your switcher's network connection. It does not require a separate computer.

PRO VERSION:
This Pro version includes control of all the primary buttons on ATEM Switchers including control of the second ME in ATEM 2M/E switchers, control of Aux Outputs and Audio. Pro also supports external or network Midi control supporting devices such as Nanopad, and also adds macro capability to ATEM Switchers with Strata's built in recordable macros, and also ATEM native macros. Using v6.8 of ATEM and later, Strata Pro can even control attached HyperDecks through ATEM Macros.

NOTE: This app is not designed for older ATEM Switchers not manufactured by BlackMagic Design. Requires iOS 8.1 or later and ATEM 3.4, thru 8.3 Firmware. Channels 17-20 on 2ME 4K are not controllable.

IMPORTANT: The control protocol uses UDP and is fairly intolerant to packet loss and network latency. It is very important to have a reliable, responsive WIFI network for Strata Pro to work reliably. Wifi router performance varies between vendors, and best results have been shown with Apple Airport wifi routers. Some 3rd party routers have shown to be unreliable due to latency or UDP packet loss. See http://www.livepad.co.uk/support.html for more details on optimising your Wifi environment for Strata. If you are concerned about your WIFI check connectivity to your ATEM first with the free "Strata View" app.

Some reviews have mentioned 'crashing' -note that in all cases examined this is due to an unreliable WIFI environment and *not* a problem with the Strata app itself. You *will* need a suitable low latency, low loss WIFI environment if you wish to connect to an ATEM using WIFI - this is due to the ATEM's intolerance of latency and packet loss. The new version of Strata will handle poor connections much more elegantly. Please read all the information at the support site before assuming that Strata is at fault. http://www.livepad.co.uk/support.html

Independent Review of this app at: http://www.studiotech.tv/st59strata/

Get it for $22.99 in the App Store
Disclaimer:
AppAdvice does not own this application and only provides images and links contained in the iTunes Search API, to help our users find the best apps to download. If you are the developer of this app and would like your information removed, please send a request to takedown@appadvice.com and your information will be removed. 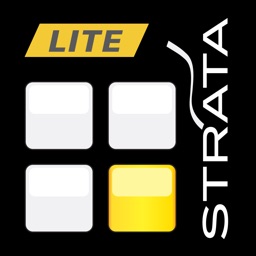 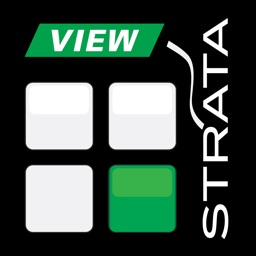 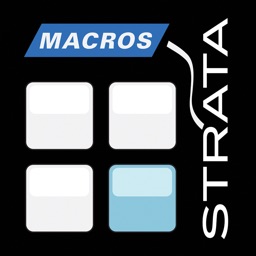 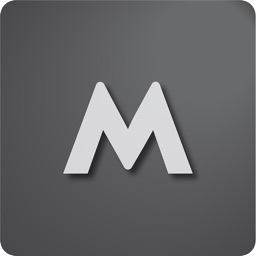 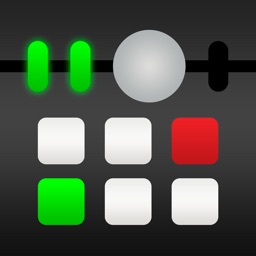 Adam Tow
Nothing found :(
Try something else