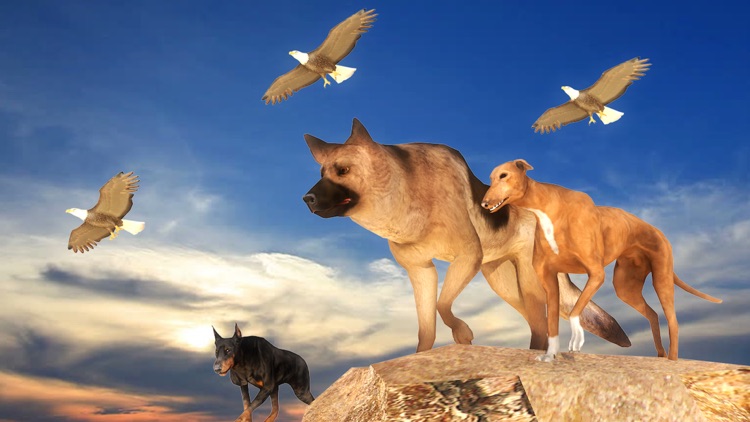 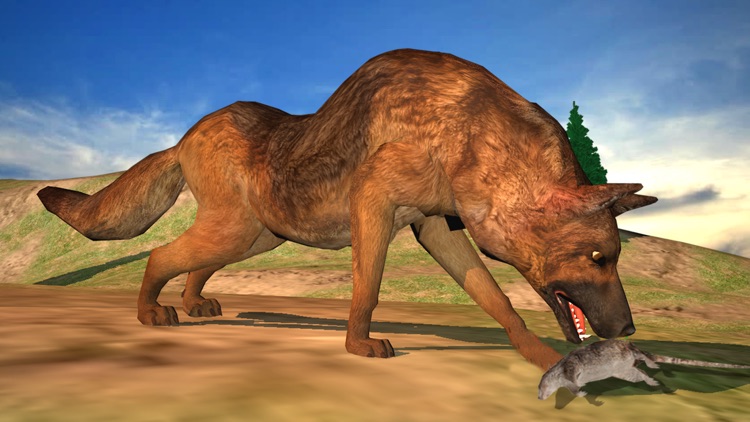 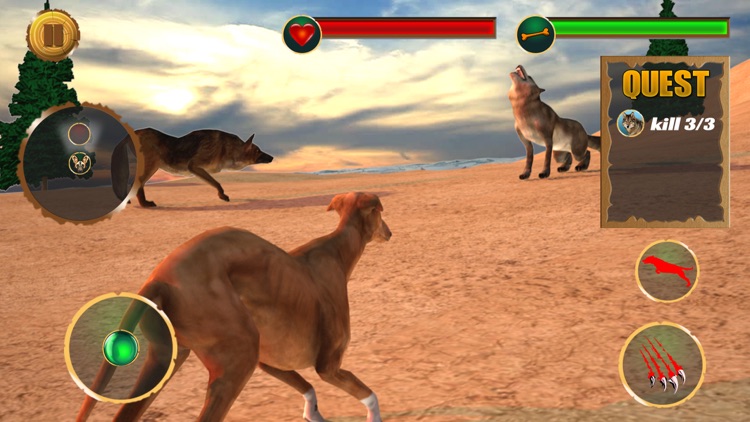 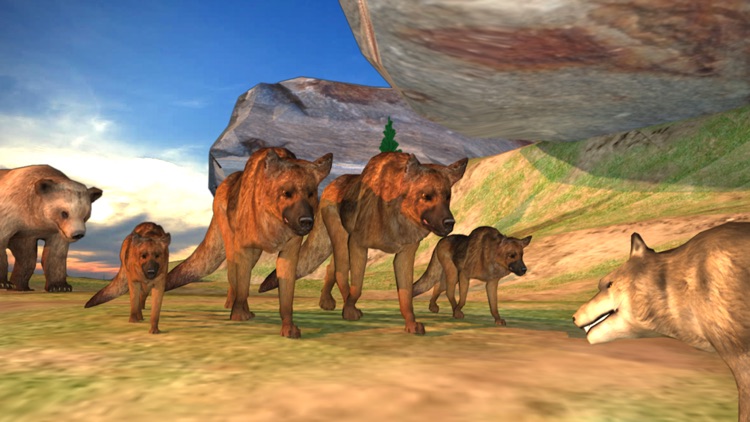 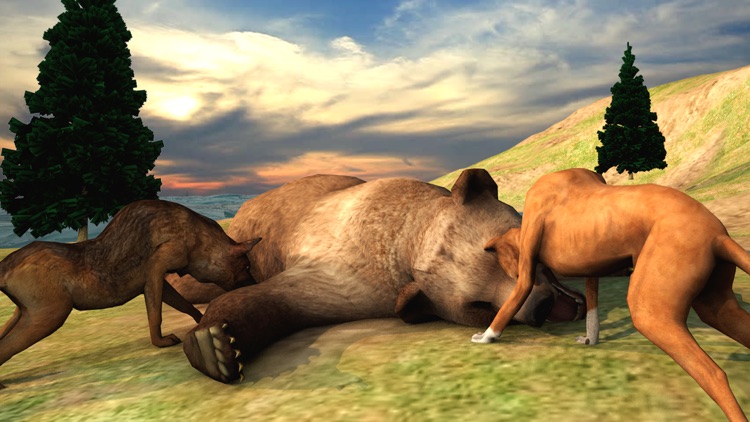 Wild Dog Simulator 2018.The Top & Best new dog Competition game is here!
Dog Simulator 2018 is a battle for survival. Explore fantastic views of tropical jungles and arid plains, communicate with different animals, find your target and attack in this Dog attack survival simulator. It’s a awesome dog attack game for those looking to have fun as a puppy games or want to play best dog games as Dog heroes.
This Dog fighting game 2018 takes you on an epic journey into the world of the Wild Dog. In this brown dog fighting adventure, play as an ultimate wild shepherd dog and attack other wild animals and farm animals. This is a battle for survival! Run crazily in the wilderness fighting for survival! Only the tough ones will last! So, get ready for the most realistic Dog adventure game. Enjoy realistic weather changes.
You have best German shepherd dog to fight with the other wild fighter and racing dogs breed. The best Brown dog hero is fully animated have jump and attack animation to beat the other dogs. Your mission is to fight with wild animals and Labrador dog life with his special fighting skills, should be prepared for the deadly fight against street dogs. Have you ever experience one of the German shepherd dog fighting games with awesome Labrador dog, bulldog, Grey Hound, Doberman & pit bull dog fighter’s simulator 3d action game. You need to fight against enemy dogs to kill them with your trained dog in fighting simulator game. So, fight and attack madly in the jungle arena in this brown dog racing 2018. You should beat the enemy’s puppies in this dog fighter game. In this daily animal battle, you will be one brave Doberman dog trying to become the leading wild fighter of the street as well as Jungle.
Do you love wild dog simulator games or wild dog survival in Jungle? Combination of wild dog games and angry dog attack on wild animals is here for the lovers of angry dog games. Here is a chance to live the life of a giant wild dog and angry German shepherd dog and Grey hound dog also known as Brown dog! For survival Mad dog is in Amazon jungle and attack wild animals in this dog fighting game 2018. So this is the twist which has begun because you will be control or act like a wild dog and create rampage with your German shepherd dog. Enjoy the ultimate dog attack as strong wild beasts to hunt food in the wilderness. Wild dog games 2018 and wild dog simulator 2018 were never been so thrilling and entertaining. You are just a download away from this super-hot angry and Wild Dog Attack Simulator 3D, new game of 2018.
You will be given quests to catch a specific animal. Chase and attack to kill! You can improve your energy level by attacking the animals.

• More than 5 different dogs to Attack
• Huge Jungle Environment
• More than 15 Missions to complete
• Choose Your Favourite Wild Dog to Start Fighting
• Ferocious angry dog attacking
• Realistic graphics!
• Use your powerful bite to defend yourself and fight your enemies!
• Fast and action-packed gameplay. 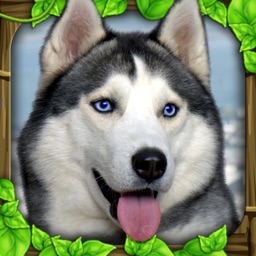 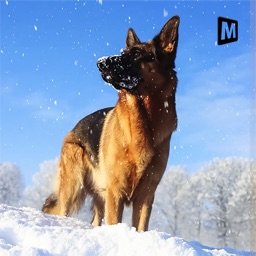 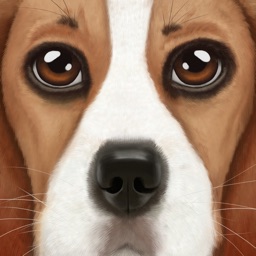 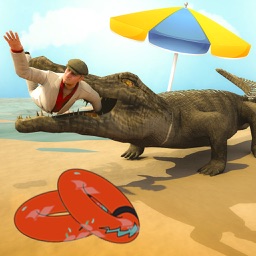 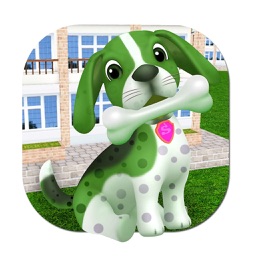