Are you ready to play a new, original and challenging Sudoku game? Fill numbers in the sudoku puzzle such that every row, column and region contains one occurrence of each number. Thanks to thousands of free Sudoku puzzles your brain is never bored anymore! Can you solve all the Soduku puzzles? Install now and train your brain! 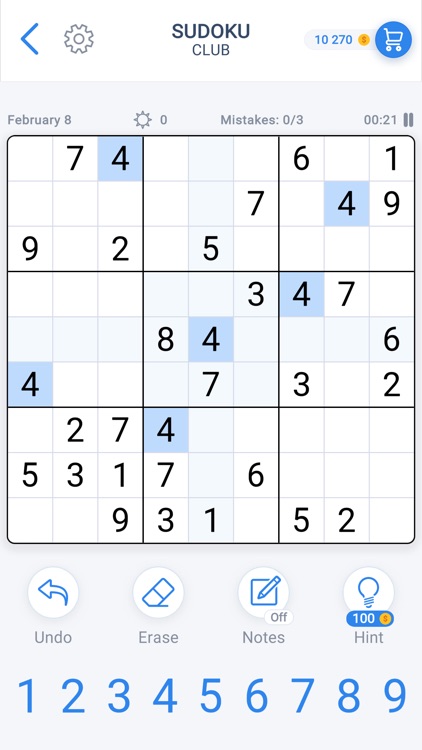 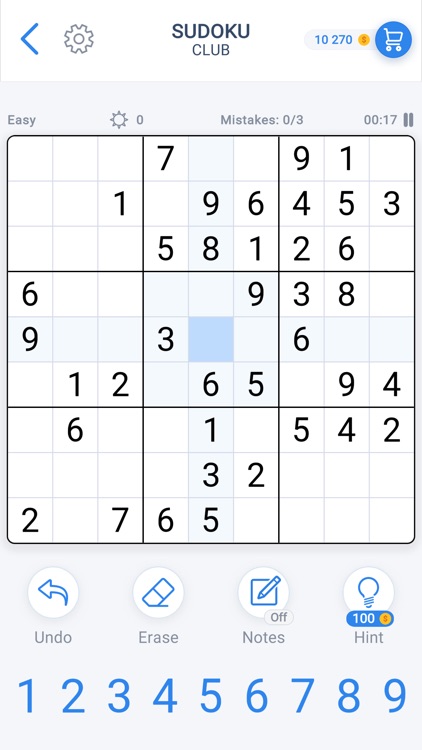 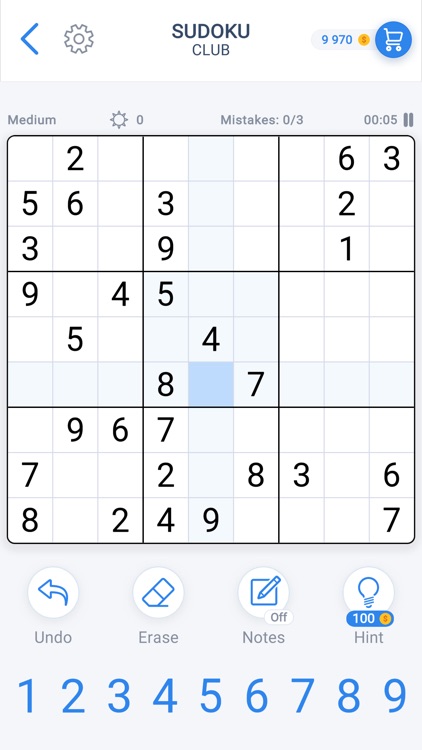 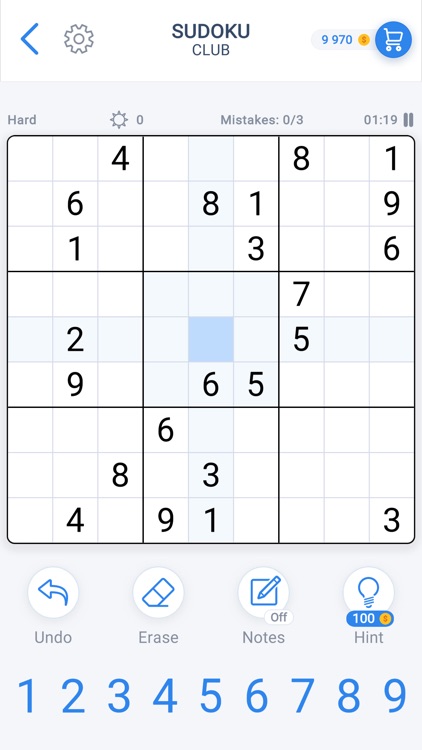 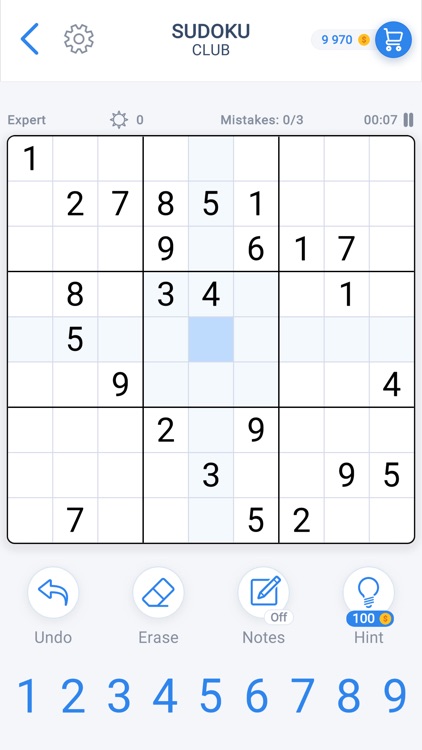 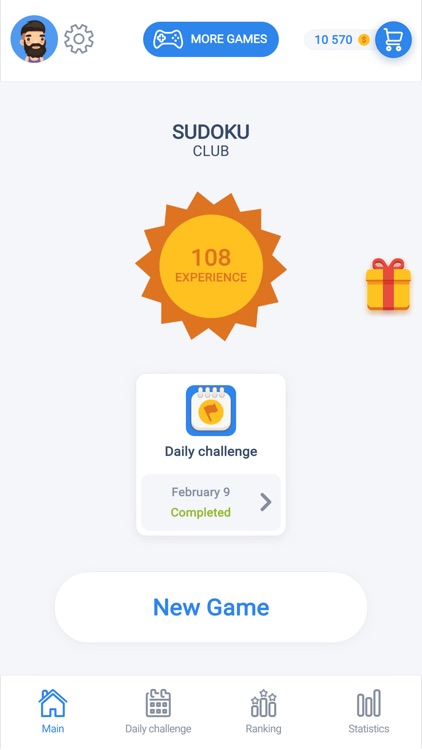 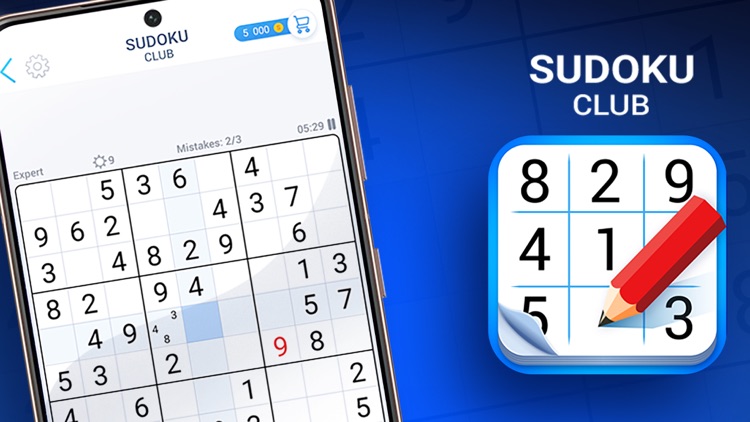 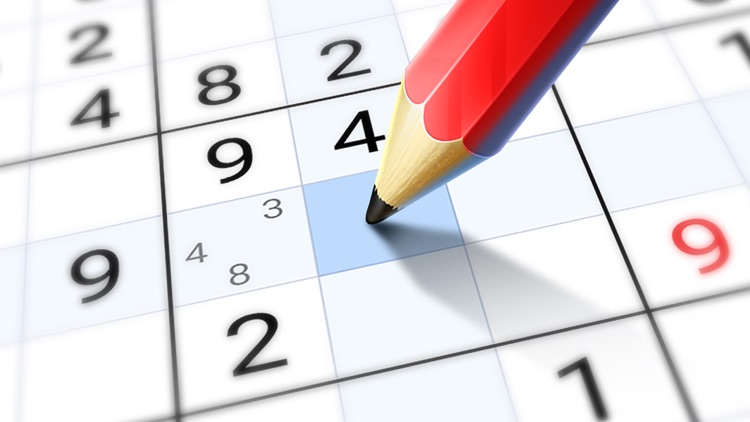 Are you ready to play a new, original and challenging Sudoku game? Fill numbers in the sudoku puzzle such that every row, column and region contains one occurrence of each number. Thanks to thousands of free Sudoku puzzles your brain is never bored anymore! Can you solve all the Soduku puzzles? Install now and train your brain!

Features of our Sudoku game:
- Easy Sudoku, Medium Sudoku, Hard Sudoku and Expert Sudoku difficulties for every game type. Even if you are a beginner
- Thousands of free online unique soduko levels
- Daily soduko puzzles to train your brain
- Make easy notes to help solving sudoku puzzles
- Use boosters when you are stuck in an hard puzzle
- Get sudoku tips in order to learn the app, ideal for beginners
- Join a club for free and meet new friends who also love brain training games
- How smart are you? Compare your stats in our rankings with other players from all over the world
- Collect free daily gifts online
- Intuitive controls for optimal app experience (both online and offline including)
- Personal free sudoko statistics for each difficulty level (easy, medium, hard and expert, including the Daily Sudoko puzzles)
- Your own online personal sudoko profile with cool avatars

Other functions of our Sudoku brain app:
- You can play daily sudoku in offline and online mode (so you don't need a printable version anymore in the airplane)
- Disable or enable a timer
- Show your actual sudoku score reached during the game
- Limit the amount of mistakes you can make in an online or offline sodoku puzzle
- Hide numbers that have been placed in 9 different cells
- Highlight the block / column / row for a selected cell
- When selecting a number, highlight identical numbers throughout the grid
- Remove a number from all notes when it's placed in a cell
- Make a screenshot of the sudoku puzzle for a printable version
- Did you win an easy sudoku? Try other difficulties like hard sudoku or expert sudoku
- Secure your soduku account with Google or Facebook for free
- The sudoku solver will show you the result

How to play Sudoku Club? What are the rules?
If you are a really Sudoku solver then you will master the game within seconds! Although solving a daily Sudoku puzzle can be quite hard, the rules of our online suduko game are very easy. A sudoku puzzle is a grid of nine by nine squares, which is additionally further divided into nine sub-grids of three by three squares each. Follow our tips in the game as well.

This is also where the name of the puzzle comes from: sudoku in Japanese means something like "numbers only once". How hard can it be?

Solving sudoku puzzles, contrary to what you might think at first glance, does not require mathematical knowledge, but only logical understanding (instead of numbers, you could in principle use letters or other symbols, as long as there are nine different symbols).

In a sudoku puzzle, some numbers are already filled in; those numbers are "given" and may not be changed. Easy levels have more numbers filled in compared to hard or expert.

It is the puzzler's task to fill in the daily puzzle further, such that the above requirements are met.

In practice, this proves to be an addictive daily online and offline activity, and sudoku puzzles have therefore enjoyed growing popularity since the middle of 2005.

Are you ready to play this free sudoku board game? Install it now and enjoy our brain training app! 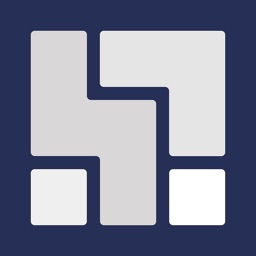 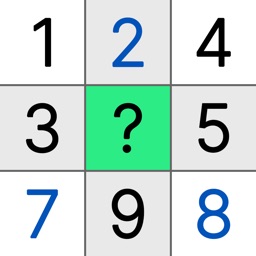 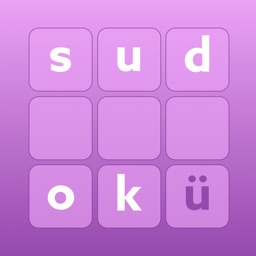 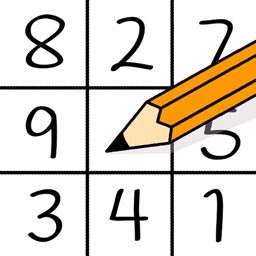 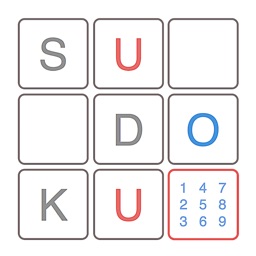 WALABOK LLC
Nothing found :(
Try something else