SWAM Solo Brass has arrived on iOS! The incredibly powerful Physical Modeling technology is now MOBILE. Extreme Realism delivered in a package of only 29 MB without including any sample! 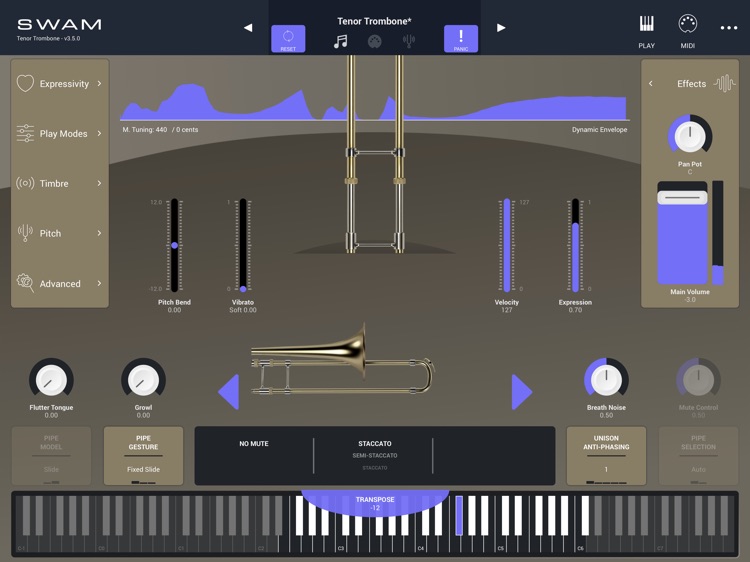 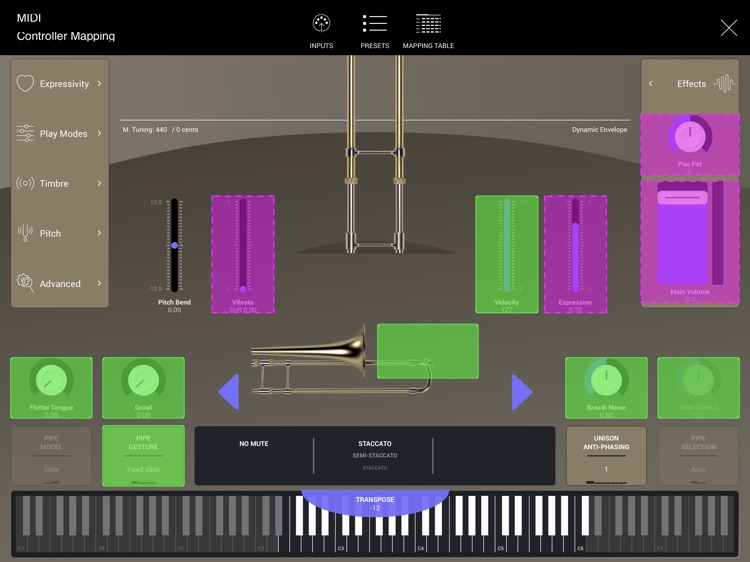 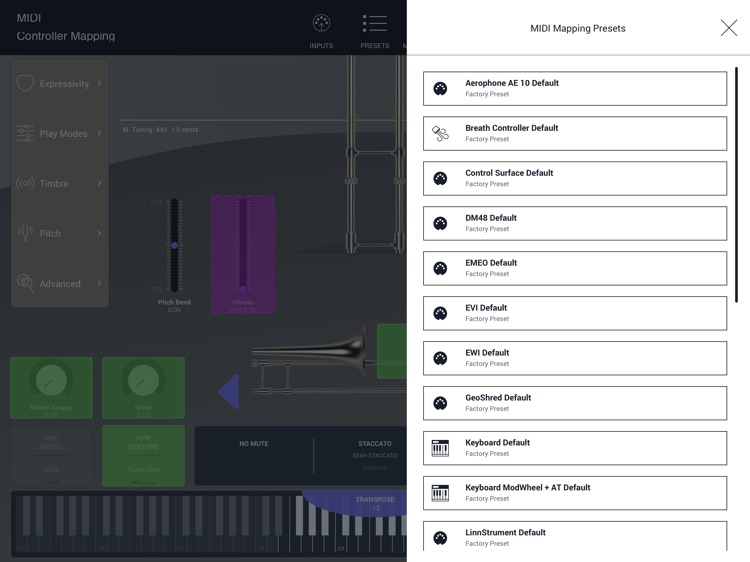 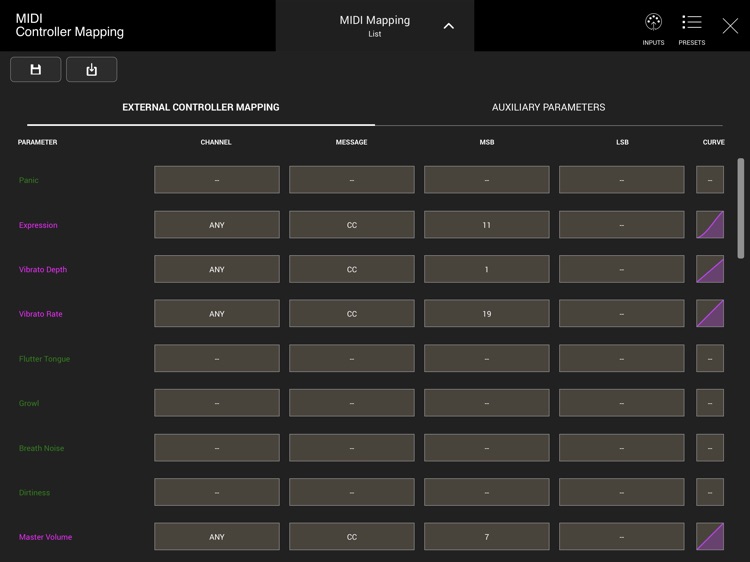 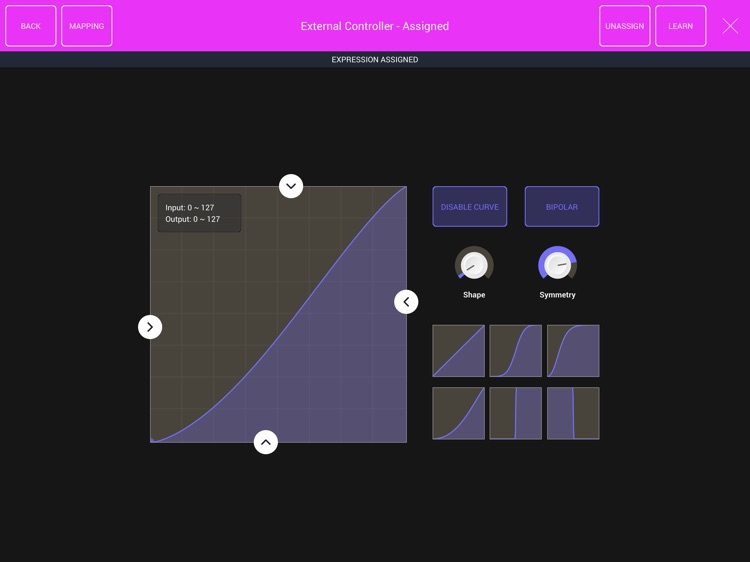 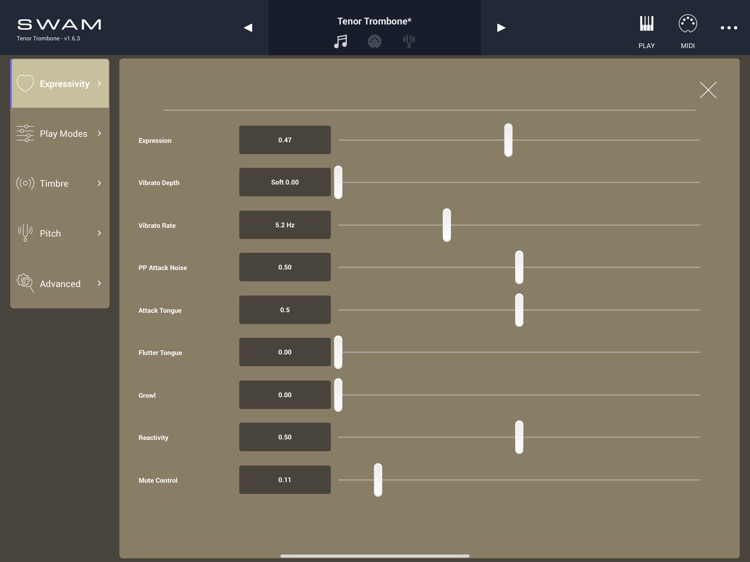 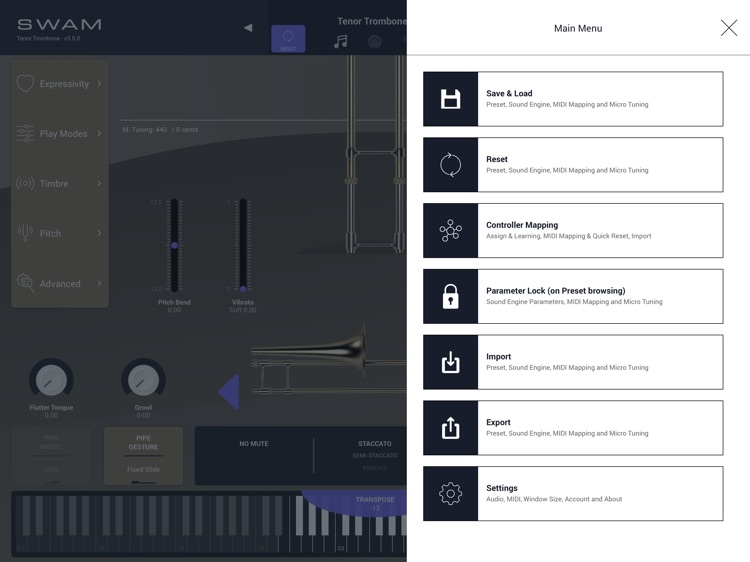 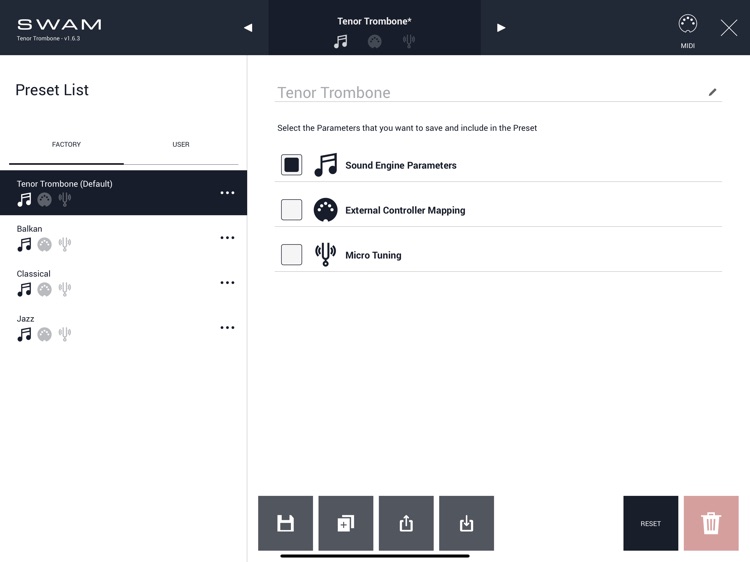 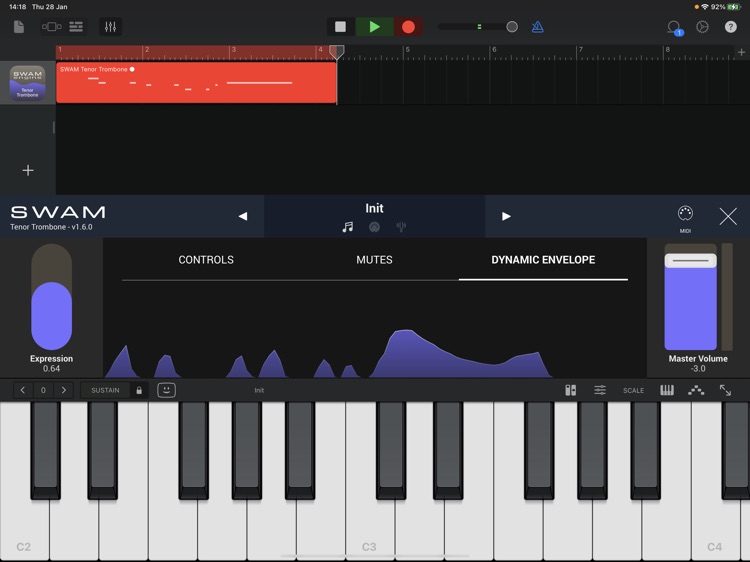 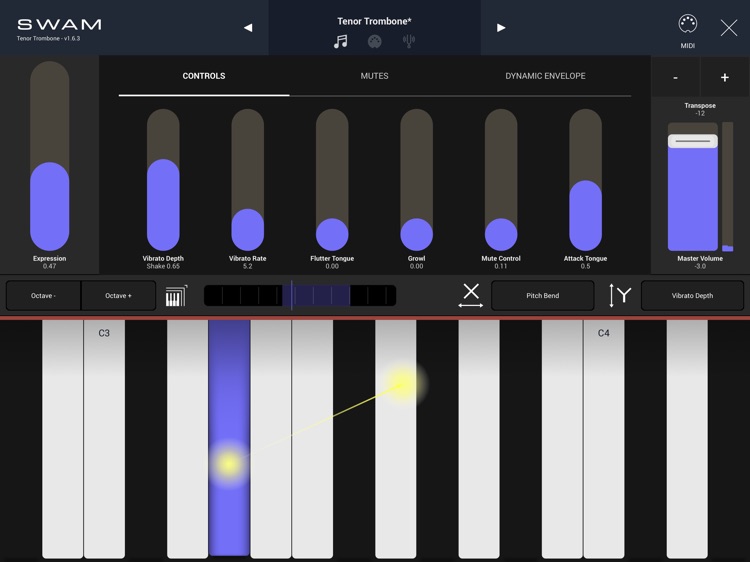 SWAM Solo Brass has arrived on iOS! The incredibly powerful Physical Modeling technology is now MOBILE. Extreme Realism delivered in a package of only 29 MB without including any sample!

With our SWAM Tenor Trombone for iPad, you now have the unique ability to recreate all the expressiveness and subtleties of a natural brass instrument sound, as played by a real player, in any style — from classical to film scoring and even microtonal music.

SWAM Tenor Trombone for iPad can be used as a standalone instrument for playing in real-time, or as a plugin for mobile music production. Play with your favorite external controller or directly from the iPad through our intuitive interface.

With SWAM Tenor Trombone for iPad you can:

IMPORTANT: If you choose to play using an external controller, please note that a controller with the ability to continuously control the expression (like an expression pedal, breath controller, MPE device, wind controller, …) is required. The same way a real brass instrument needs air, SWAM Tenor Trombone needs something to control its expressivity. SWAM instruments do not work with just note-on velocity. 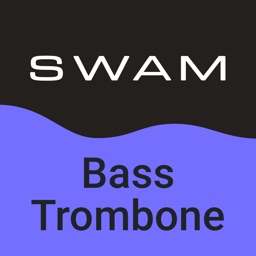 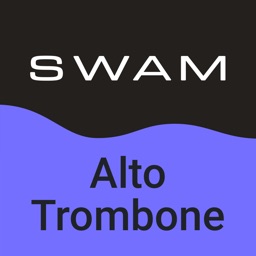 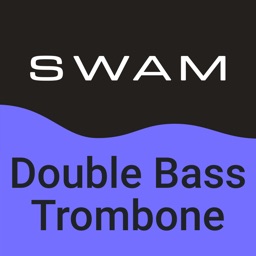 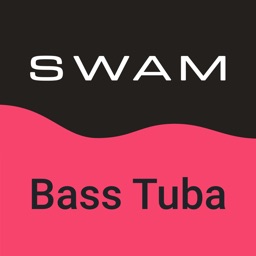